A Second Look: The Samsung Keynote at IFA 2014

The countdown to IFA 2015 has officially begun, and this year’s event will most certainly be one of exciting surprises and events. And, like each year, one of the more anticipated moments is certainly the keynote address. But before the fun begins, let’s take a look back at last year’s opening keynote.

Given that Samsung had already offered a glimpse of its then-latest products—the Galaxy Note 4, Gear VR and POWERbot VR9000—over the days leading up to the commencement of IFA 2014, many were curious to see what Samsung had in store for the keynote speech.

From the Lightbulb to the Internet of Things

The keynote began with a mention of the theoretical physicist Albert Einstein, who, in 1930, spoke at the opening of the German Broadcasting Exhibition (as IFA was then known) about the transformative power of innovation in our daily lives. The host noted how Einstein’s talk 84 years earlier, which centered on how the invention of the radio would change society, is still relevant today; and, despite how far we have come technologically, “the most dramatic change is yet to come.” With that, BK Yoon, President and CEO of Samsung Electronics, was introduced. 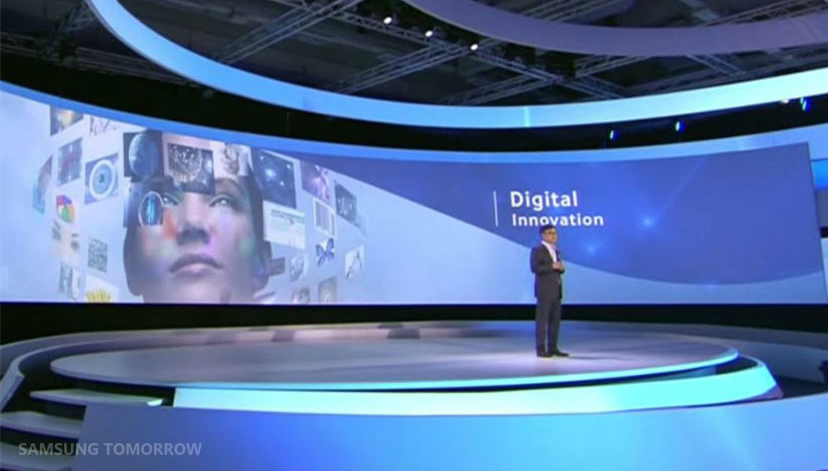 Yoon briefly walked the audience through a century’s worth of technological advancements, starting with the invention of the lightbulb and making his way to home appliances and more recent digital devices, focusing on how much technology has developed to improve our way of life and accelerated to move at lightning speeds. He continued by explaining that, as the Big Data market is predicted to grow to $32.4 billion by 2020, six times faster than the overall IT market, more than 212 billion devices will be part of the Internet of Things by then.

IoT, and connectivity in general, he forecasted, will trigger a quantum leap of innovation while “the biggest change, the biggest transformation, it will happen in our homes at a speed we can barely imagine.”

Connected and Adaptive: The Home of the Future

Yoon was quick to share Samsung’s vision of the “Home of the Future,” the practical expression of those predictions. He also made it clear that this vision is not about showing off technical details, but rather making sure that it fits into people’s lifestyles while anticipating and meeting their constantly changing needs.

And because every person has different needs, as illustrated in a video presentation, each home requires different levels of protection, flexibility and responsiveness; therefore, the Home of the Future must be customizable more so than smart, and utilize technology in a way that it is virtually unnoticeable.

The future home, Yoon suggests, will be a “Show Me, Know Me and Tell Me home” that adapts to its inhabitants.

He went on to explain. “First, it will be a ‘Show Me’ home that makes complex data visible and useful, so that you can make better choices. For example, it will show when to take your medicine, alert you to air pollution or give you choices for saving energy. Second, it will be a ‘Know Me’ home that learns your needs and recognizes your lifestyle patterns. It’s a home that knows when your day starts. For example, it will turn on the lights and the coffee pot just in time. Third, it will be a ‘Tell Me’ home that proactively adjusts to your needs, and provides suggestions without being asked. Imagine a home that tells you there are leftover ingredients, and suggests a recipe to use them up… Ultimately, it will care for me and you.” 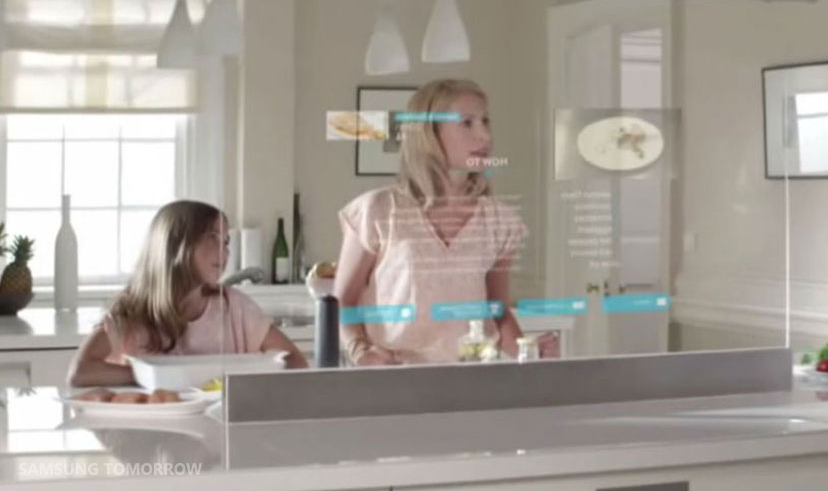 Samsung believes that the Home of the Future will be woven into the fabric of our lives just as quickly as smartphones and tablets were in recent years. Having partnered with industry leaders, such as the Open Interconnect Consortium, and acquired SmartThings, a leading open IoT platform, to create interconnected solutions and industry standards, Yoon identified that Samsung was aiming to take the leading role in the area.

A Giant Leap in the History of Innovation

Having laid the foundation, Yoon noted that the opportunities ahead are even more enormous, with approximately 45 million smart homes expected to be installed by 2018, worth $100 billion. He explained that he anticipates that, as services take off, a ripple effect will be created across society, allowing it to be more social and more connected.

To conclude, Yoon encouraged the public to embrace the vision of the Home of the Future, and to step up together to bring about what will most certainly be the biggest technological leap in the history of innovation. In doing so, Samsung set the mood for what would be one of the biggest and best weeks in the history of IFA.

Stay tuned to see what this year’s keynote address will unveil about Samsung’s plans and visions, and watch the 2014 opening keynote in its entirety below.