Samsung contracted Fire Investigations UK (FIUK), an independent third-party organization, to determine the exact cause of the damage inflicted on a GALAXY SIII unit, which had allegedly been affected by heat.

The damaged device and additionally provided devices were examined and exposed to a series to tests. The investigation summary states that “The energy source responsible for generating the heat has been determined as external to the device” and “the device was not responsible for the cause of the fire.”

Additionally, the investigation results state, “The only way it was possible to produce damage similar to the damage recorded within the owner’s damaged device was to place the devices or component parts within a domestic microwave.”

The device user in Ireland has posted on “Boards.ie” admitting that he was responsible for the damage.

Samsung Electronics remains committed to providing our customers with products whose safety and quality are unmatched, as evidenced in the GALAXY SIII.

Conclusions of the Investigation Report: 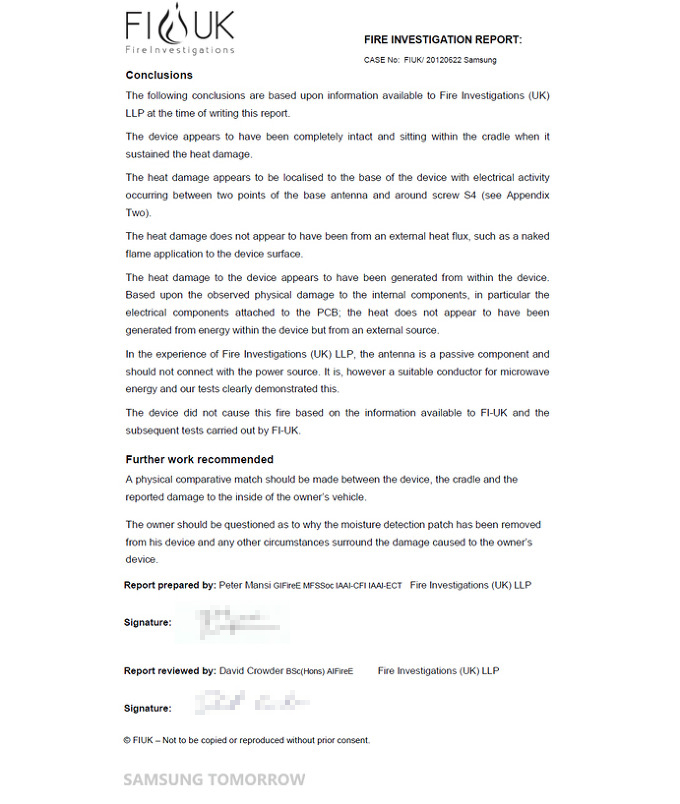