How did you enjoy IFA 2014? It is fair to say that Samsung was at the core of this world-famous electronics show. Not only did Samsung deliver the keynote speech at its opening, but also set up its own exhibition lounge in the 8,730-square-meter, three-story City Cube Berlin, which newly opened in May. Despite the massive space, it was crowded throughout the event, with a lot of media reporters and IT bloggers from all over the world.

From early in the morning to very late in the day, these intrepid news gatherers explored every corner of the exhibition to bring the latest onsite updates. In the middle of this bustling excitement, there was a special lounge that welcomed them with much needed rest and comfort. In this piece, we’d like to introduce the Samsung Smart Lounge at IFA 2014.

Another Smart Solution of Samsung

Samsung Smart Lounge is a space opened to media personnel including reporters, IT bloggers, and photographers. First created at CES 2012, it’s been offering a convenient environment for resting, getting refreshed, and generating and organizing ideas for their articles in a calm atmosphere. Even though it hasn’t been long since its birth, Samsung Smart Lounge has developed quickly with an overwhelmingly positive response; at IFA 2014, there were more than 1,500 visitors. 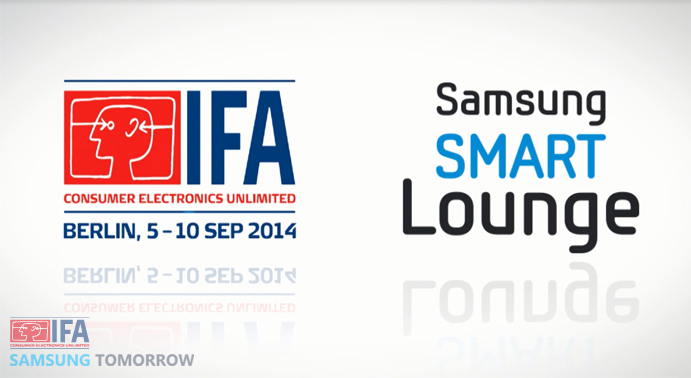 At IFA 2014, Samsung Smart Lounge played various important roles. Not only could visitors speak with reporters from other media, they could make contact with Samsung’s PR representatives. Its multi-purpose space also enabled them to have interviews or make videos in three studios. 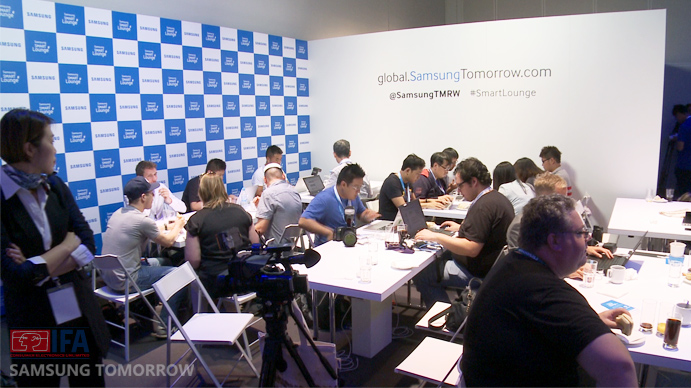 Because user-oriented philosophy is not only about the products

On September 4th, Samsung Smart Lounge was the only place which was open, a day before the official opening. At the interviews with Samsung’s internal media ‘Global LiVE TV’, many reporters and bloggers expressed great satisfaction and gratitude for Samsung Smart Lounge. Lars Siebenhaar from ‘All About Samsung‘ (Germany) said that he was very grateful for the Smart Lounge and described it as a ‘paradise.’ “I could not only concentrate on work, but also see some products closer in here and network with influential bloggers, journalists, and Samsung staff,” said Siebenhaar. 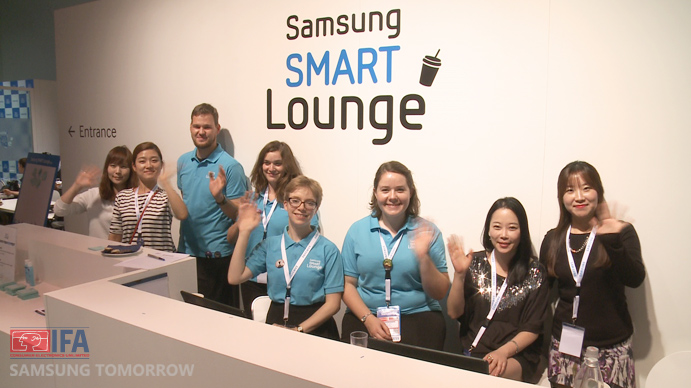 In fact, this positive feedback was the result of continuous effort on the part of the Samsung Smart Lounge team. Keeping the user-oriented principle at the core of Samsung Electronics’ philosophy in mind, the team tried to improve its service according to the needs of the visitors. Sure enough, these efforts produced such enthusiastic responses in return and it encouraged the team to make an extra effort again.

Not content to simply offer a place to relax and chat, Samsung’s Smart Lounge team engaged visitors with various events and giveaways. If one followed Samsung Electronics on twitter (@SamsungTMRW), the ‘geek badge,’ illustrated with fun cartoons, was offered.

Also, specifically designed eco-bags were provided, which were a smash hit. Samsung offered a simple way for visitors to carry around the hundreds of brochures on offer while expressing its commitment to environmental responsibility as a leading consumer electronics company.

With the crowds, speeches, and overwhelming variety of products on display, it’s important to remember that the people visiting the exhibition are just as important as any of the innovative products on display, even at this global-scale show. With Samsung Smart Lounge, Samsung continues to show that people will always come first.