Artistic Identity: The Wallpapers of the Galaxy S Series

Which Wallpaper is Your Favorite?

What kind of wallpaper have you chosen for your smartphone? Is it a picture of a loved one? Perhaps it’s your dream car or your favorite sports star. Many people, of course, simply stick with the default image that came with their phone.

Still, as we constantly lock and unlock our devices, the choice of wallpaper becomes ever more important to people. After all, it’s the first impression you have of your device. And people want to use the wallpaper to demonstrate their identity, their feelings, and their moods – which, of course, are ever changing.

When a new smartphone is released, people are immediately drawn to the home screen. The wallpaper is no longer just a placeholder; in fact, it is now an important factor in the buying decision. Wallpapers have the ability to generate the ‘want it’ factor that makes one smartphone distinct from another.

That’s why the designs of a phone’s wallpaper options are now becoming really important for manufacturers; they are putting nearly as much effort into designing the look and feel of the user interface as they do when it comes to designing the smartphone hardware during the product development stage.

Below are a few examples of the wallpapers available on the Galaxy S6: 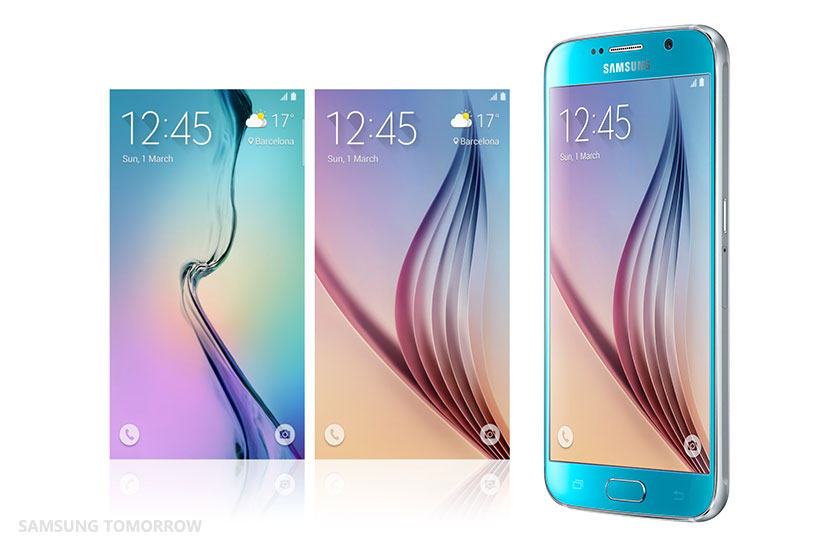 At Samsung, we have clear criteria for designing the wallpaper. Each design is held against these questions:

To meet our criteria, the team will use a set of images to create one picture, or they will add computer graphics to give the images better visual impact.

On a trial and error basis, the team strives to get it right, before creating the perfect set of images.

The process does not end there. The wallpaper images are then revised and retouched thousands of times, based on feedback from stakeholders and decision makers. In fact, almost 2,000 images are designed and then reviewed while a new smartphone model is being developed.
So let’s have a closer look at the story behind the development of the Galaxy S wallpaper.

Here is a snapshot of how the wallpaper has evolved from previous versions of the Galaxy S.

The wallpaper of the first Galaxy S was designed to show the merits of the new ‘AMOLED’ display, which could show an amount of detail and a range of color unlike any traditional TFT LCD displays. That’s why the designers chose a wallpaper of a ‘nightscape with very detailed textures and a golden tone’ to the picture, as seen below. It’s instantly obvious how this wallpaper showcases the picture quality of the ‘AMOLED’ screen. 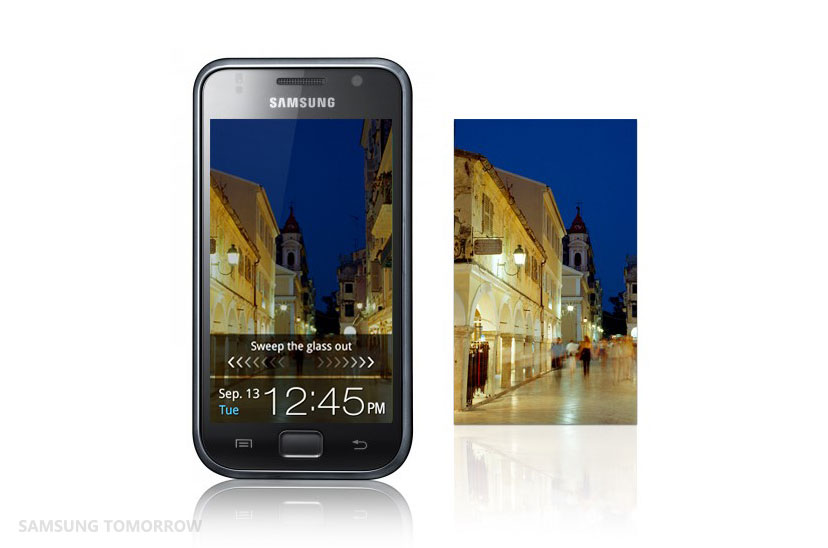 The Galaxy S2, loved and revered, had an image that represented technical leadership and relentless innovation. Dubbed ‘Tera Light’, this wallpaper was optimized for the software, with a pattern that symbolized the Galaxy S2’s strong performance and high speed. 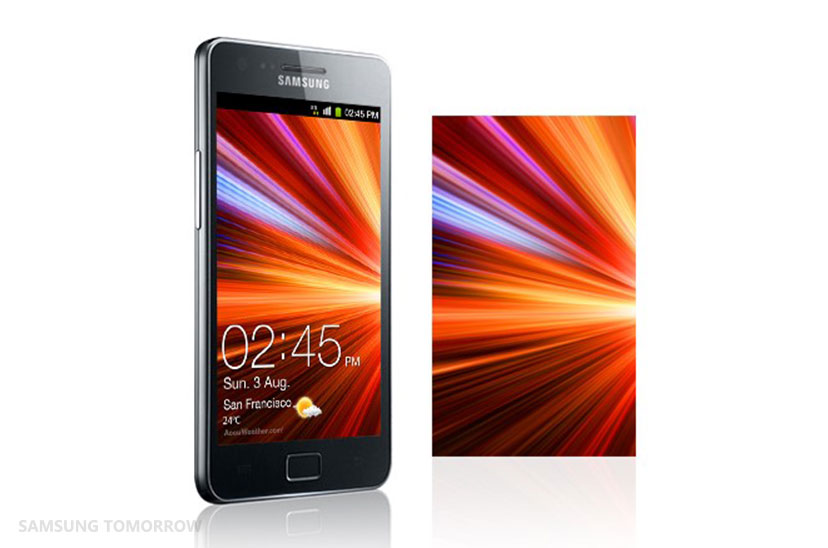 The Galaxy S3 wallpaper was based on a totally different approach. Not only did we consider the impact of the first impression the wallpaper would make, but we also considered how users would interact with the home screen. The Galaxy S3 achieved ‘meaningful innovation’ by adopting an organic shape for the exterior design. This helped to create a pure and natural wall paper, which included a ripple unlock effect, adding some quiet satisfaction to how users interacted with the device. This was one of the innovations that contributed to the huge success of the Galaxy S3. 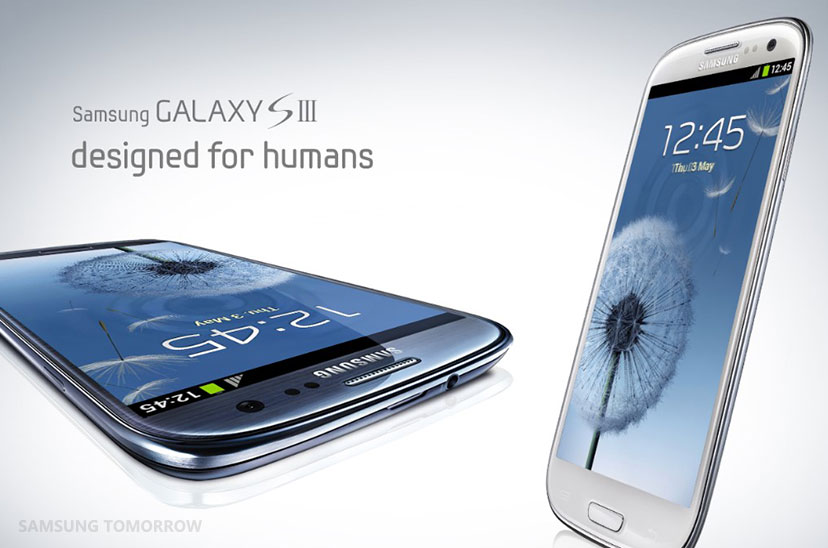 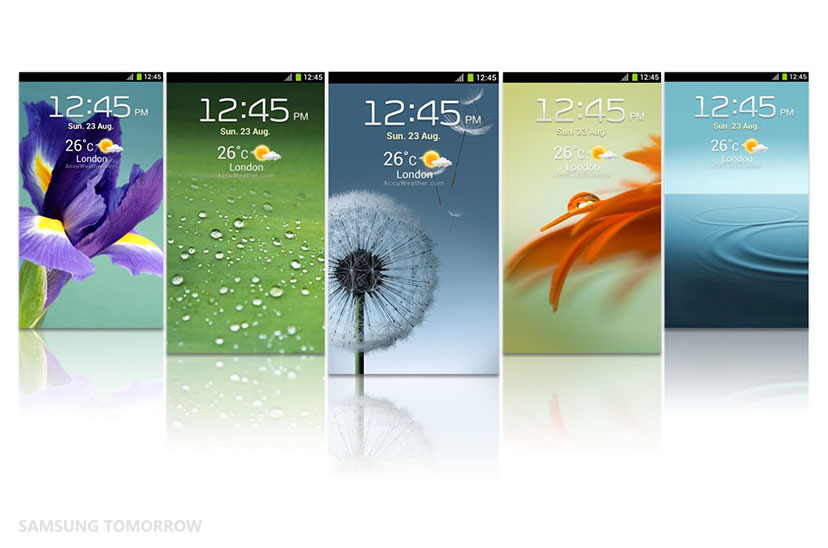 The product tag line of Galaxy S4 was ‘Life Companion’. We tried to seamlessly connect this theme to the wallpaper, based on related keywords such as ‘shiny’, ‘happy’, ‘reminiscences’, and ‘life’. However, every person has a different ‘special moment’, so it was very difficult to select an image that represented and encompassed all these keywords. Thousands of images were reviewed, and the final wallpaper picture was a compound of multiple images. The unlock effect was also designed to deliver the feeling of a ‘happiest moment’ by adapting a ‘Lense Flare’-like effect of reflection. 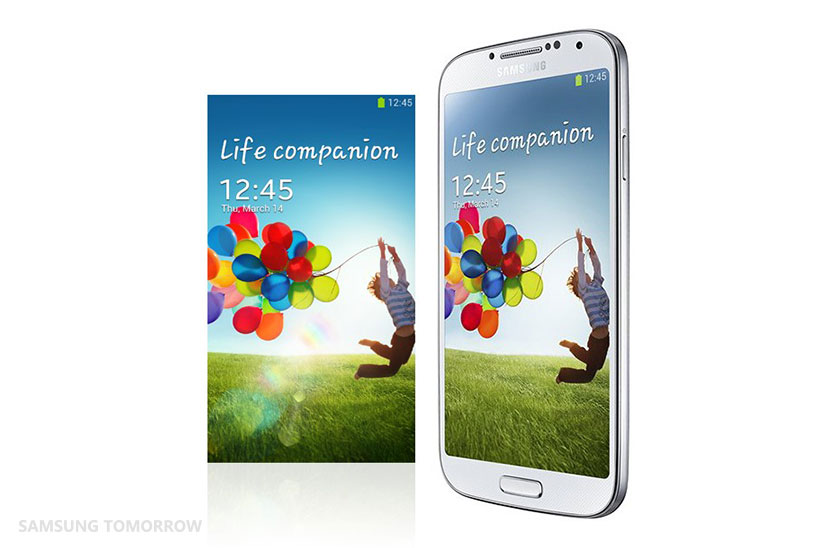 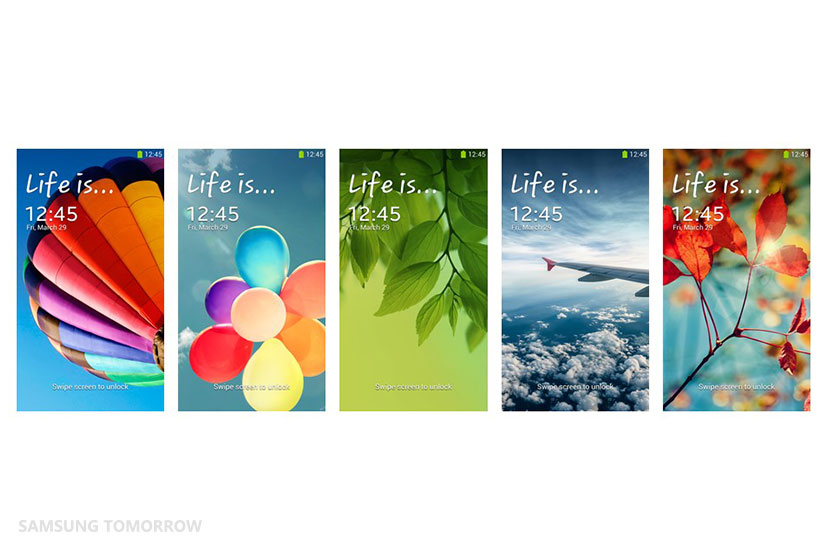 Next, we tried to change the game of the smartphone industry by elevating our smartphone from an electronic device to a fashion item. The Galaxy S5 was our first step at this concept with a wallpaper named ‘Brilliant Cut’. It was inspired both by the reflections on a diamond surface, and a geometrical city view. Finalizing this design took much longer than for previous ones, because it required very detailed tuning to ensure each cutting angle and color expression was distinct. Without doubt, the image was fine-tuned again and again until the image ultimately satisfied all. 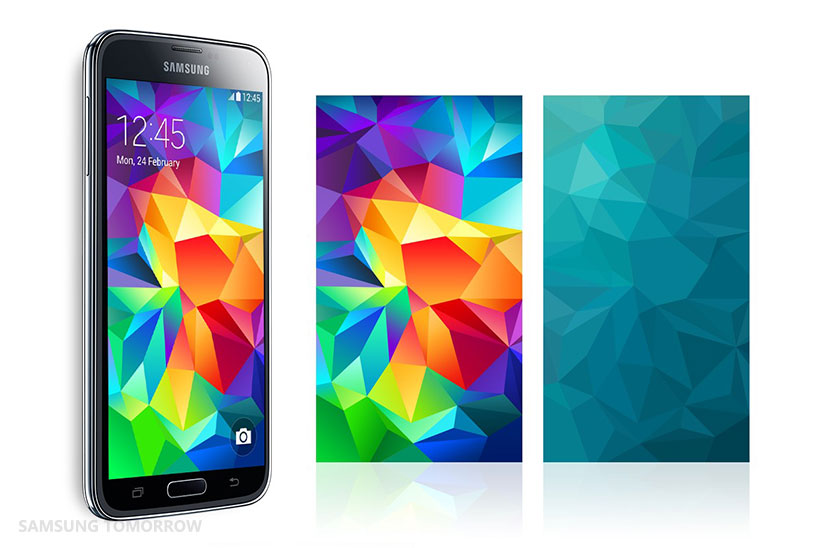 The wearable devices that followed the Galaxy S5, including the Gear 2 and Gear Fit, also used the ‘Brilliant Cut’ image to give the family of products a similar look. 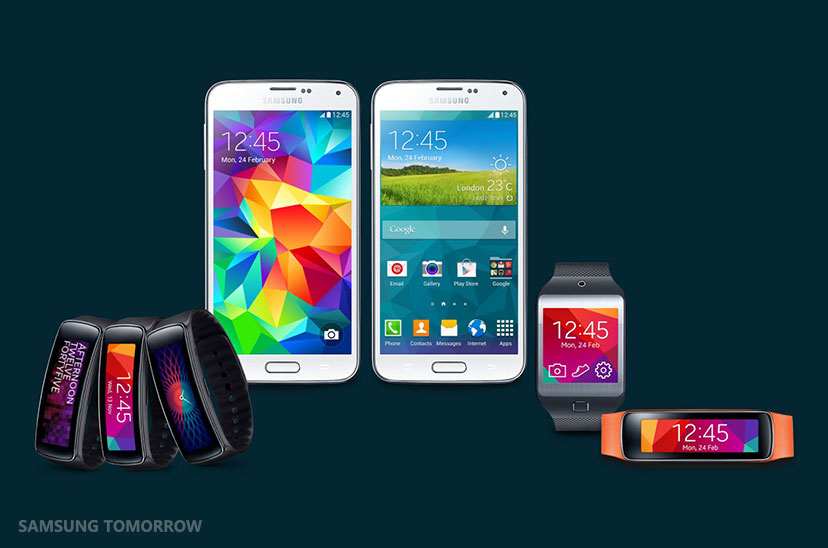 For the Galaxy S6, the tag line is ‘NEXT is NOW’. In other words: The future has become reality. To design the wallpaper, we started with futuristic and sleek images that complement the exterior of the Galaxy S6. In the end, the wallpaper images show how technology connects the present and the future, flowing seamlessly like a liquid. 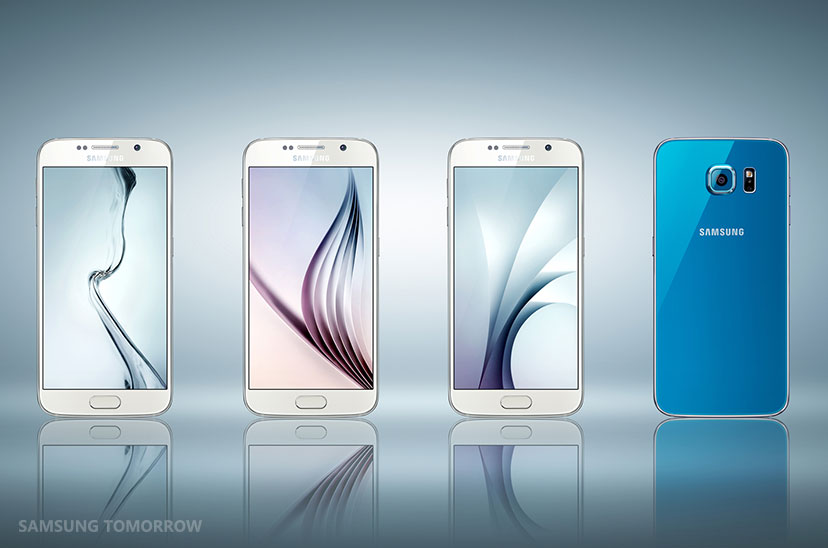 Calling it ‘wallpaper’ may not make it sound like a very exciting aspect of your smartphone, but as you’ve seen, a lot of thought and effort goes into its development. For the Galaxy S series of smartphones, it’s just as important as the exterior of the hardware, and now you know how it helps to give you this feeling of quiet satisfaction when you pick up your phone and unlock the screen.