Fear is one of the strongest of all human emotions. In the worst of cases it can cause feelings of paralyzing panic. Once it strikes, all the reason in the world might not be enough to help.

According to a study published in 2014 in medical journal Current Opinion in Neurology, one in four people suffer from a fear of heights. Among their number are Aleksandra Poletaeva, Muhammad Umer and Fynn Jedrysek.

For people like Aleksandra, Muhammad and Fynn, simply walking up a steep flight of stairs or taking a glass elevator can be a terrifying experience. 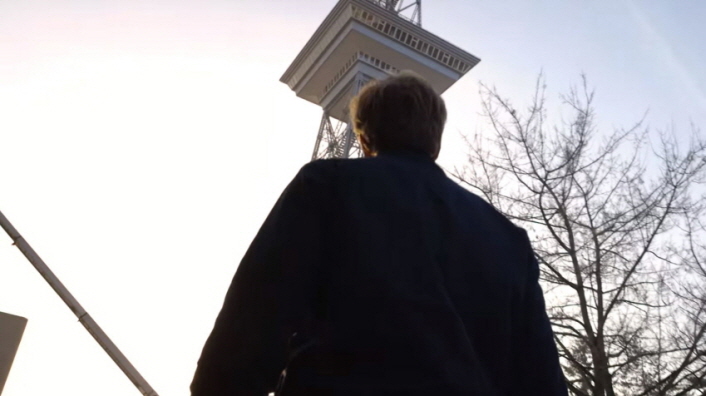 “I’ve been uncomfortable with heights since childhood,” said Aleksandra. “The third floor is the most I can handle. If I try to go higher, I get really scared.” 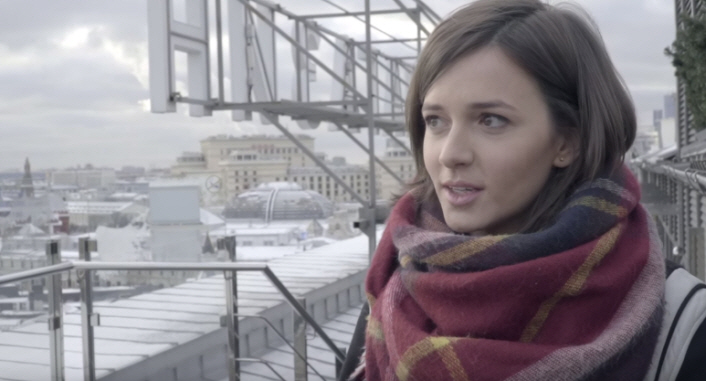 Fynn explained that his fear of heights gets in the way of his love of travel. “I can’t even look when others are standing next to a cliff,” he said. “I want to discover challenging heights, like canyons in Norway. I want to enjoy breath-taking views without feeling anxiety.”

In many cases, however, confronting your fears can help you deal with them more effectively.

So, in an effort to tackle their fears head-on, Aleksandra, Muhammad and Fynn took part in Samsung’s #BeFearless program, part of the Launching People campaign. The campaign was created in 2013 in an effort to help people use technology to realize their dreams and live life to its fullest potential.

The #BeFearless program sought to empower young people to face inner fears that can be a barrier in daily life. The program’s developers used immersive virtual reality simulations for the Samsung Gear VR to help them in their quest.

The #BeFearless team believe virtual reality can provide lifelike experiences in a non-threatening environment and help people with fears to unleash their hidden potential. The technology is so immersive that it can make people feel as if they are, for example, atop a ladder or standing on the ramparts of a high tower, even though they need not leave their living rooms to do so. 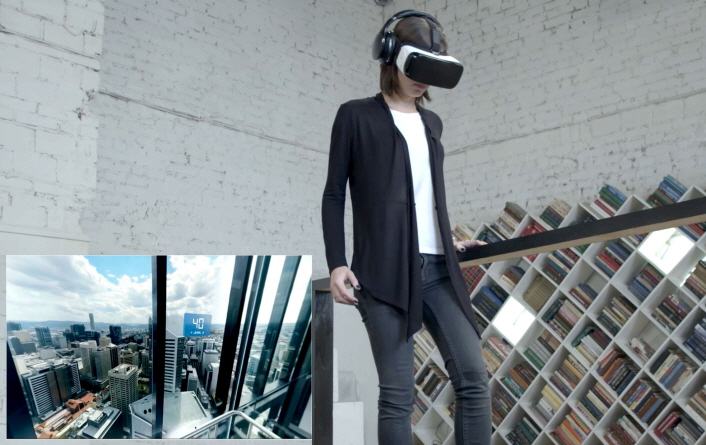 The initiative called for volunteers who wished to take part in a four-week virtual reality coaching program and conquer their fears, including those who, like Aleksandra, Muhammad and Fynn, suffered from a fear of heights.

Training sessions involved four different scenarios, namely: riding up in a glass elevator, driving along a cliff-top road, standing on a ledge atop a large skyscraper and taking a helicopter to the summit of a mountain ski slope. Each scenario had three difficulty levels.

Although they were able to take part in sessions from the comfort and security of their living rooms, the immersive nature of the virtual reality experience made the volunteers’ scenarios feel very real indeed. 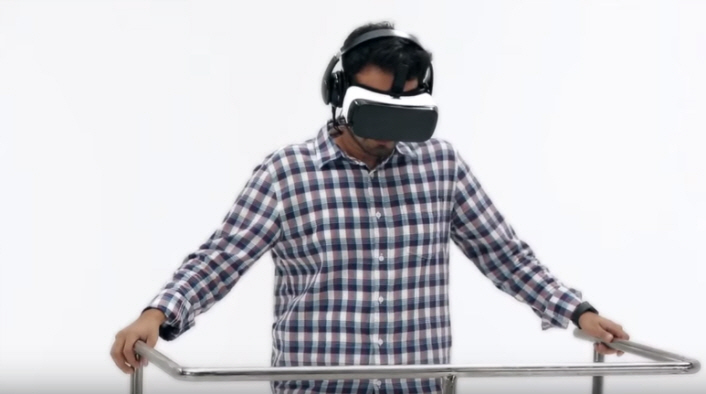 To advance to the next level, participants had to master the situation presented to them. They “passed” or “failed” tests based on scientific and medically proven criteria, such as changes in heart rate, measured using Samsung Gear S smartwatches, eye level (percentage of time spent looking down) and self-assessed anxiety checks.

Muhammad, 20, imagined that his fear of heights would scupper his lifelong dream of becoming a pilot. 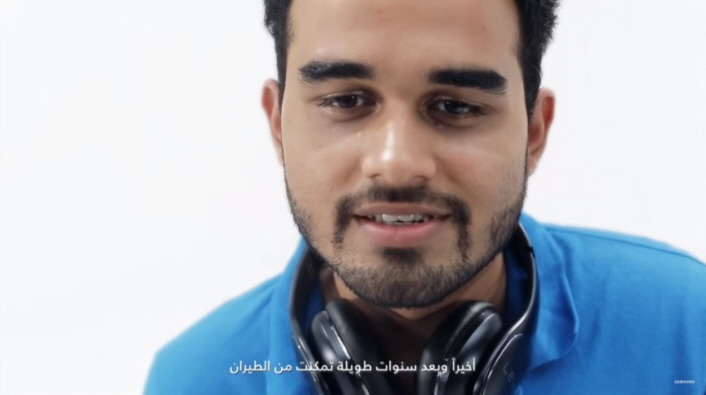 In fact, he was on the verge of starting down another career path altogether before his experiences with #BeFearless.

He explained that his Gear VR sessions were incredibly realistic, saying, “At first I just wanted to hold onto something because they were so lifelike. It got scarier with each higher level I moved on to.”

But as Muhammad progressed with his program, he noted that his fear was slowly turning to enjoyment.

He said, “I got an adrenaline rush when I was using the VR. The whole concept of looking down excites me now and I would like to do it for real.”

His pilot dreams, it seems, are now back on track. See how Muhammad got on here.

Aleksandra, 26, also says she feels she has overcome the worst of her fears. She works for a company based on the 25th floor. And while her workmates have all long appreciated the view from Floor #25, Aleksandra says it once left her feeling terrified. 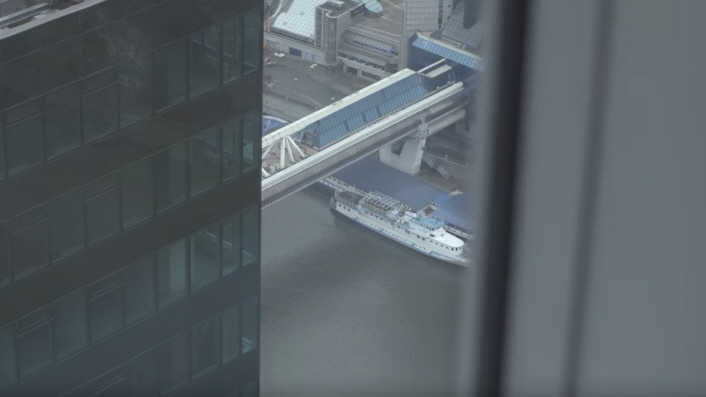 Her experiences with #BeFearless turned all that around. “At first, being in unexpected VR situations scared me. But as I repeated them, I felt less and less anxious.”

By the end of her program, Aleksandra was able to walk over to the windows in her office and take in some magnificent views of the city below. 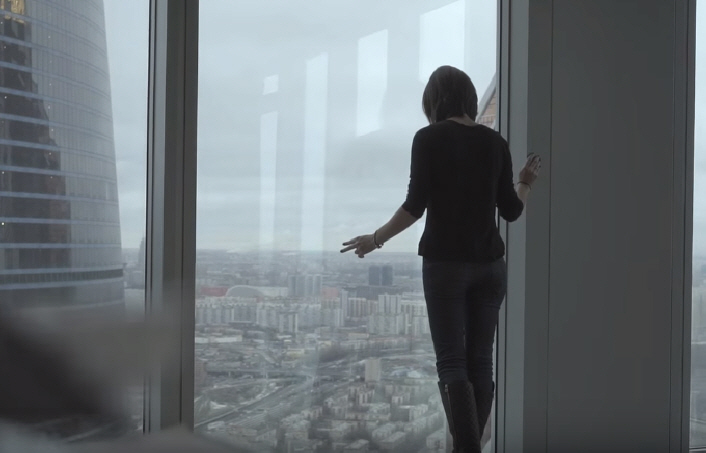 And Fynn, 23, also explained that he now feels more confident than ever. He said, “It was really a step into another world for me. Every time I did it, I got braver. Now I want to go a step further. I want to go higher than ever.” 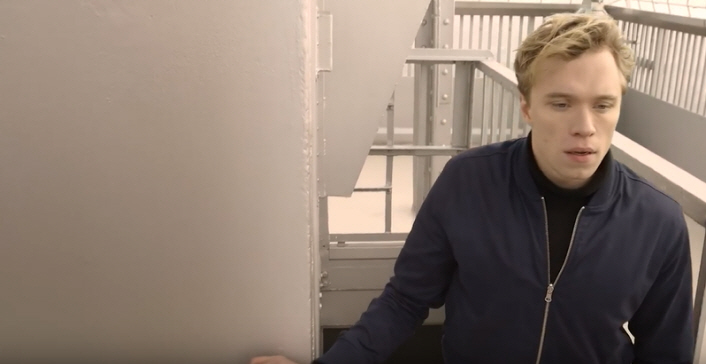 After four weeks of progress, Fynn and his fellow heights-fearing participants were invited to demonstrate their progress in Dubai, with a dizzying zip line adventure that took them high above a popular shopping mall, and sailing over Dubai Fountain before returning to terra firma.

Watch how Fynn got along here.

The 82 participants were treated in sessions that made use of the same training materials applied as part of the #BeFearless program.

Read about how #BeFearless helped a group of young public speaking-fearing people overcome their anxieties here.

Samsung’s #BeFearless program was part of its Launching People campaign, a search for creative and innovative ideas that show how powerful technology can be when it comes to solving real challenges facing society. #BeFearless was aimed at today’s Digital Natives for whom technology is a powerful tool that they want to use to its full potential.