What? A foldable printer? Paper that spits paper? Well, it exists and already won multiple awards. Samsung Electronics’ 3 groundbreaking printers, Origami, Mate and Clip, have won total of 9 Awards, including 3 Gold Awards, at the 2013 International Design Excellence Awards (IDEA). But how is this possible? What are the secrets? No worries, we are here to share them. 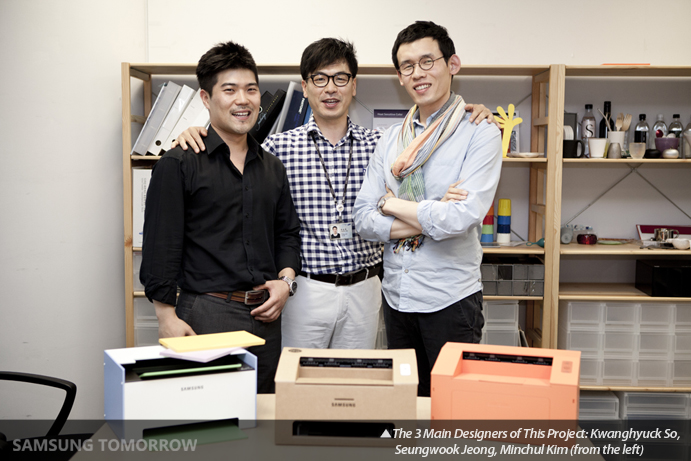 When designer Mr. Jeong suggested using corrugated cardboard in creating a printer, his team wished it was a joke. However, once they toyed with the idea, it made perfect sense! Not only it is cheaper than plastic, but also beneficial to the environment, because cardboard is recyclable and made of recycled papers. Instantly, his team became true believers. The 100%-recyclable-corrugated-cardboard-made-printer, Origami, would be beneficial to both the environment and consumers.

We asked the designers where the initial ideas came from when designing the printers. All three designers said that they got ideas from the smallest things they saw and experienced in their daily lives.

Taking into consideration both convenience for the customer and the characteristics of the material, the designers included the manuals on the exterior cover of the Origami printer, enabling the users to build the printers themselves.

Although the designers were certain of the benefits that the printer could bring to both customers and the environment, they were still doubtful whether the Origami printer would be both water and fire-resistant. The details are confidential, but after a series of rigorous tests, “Origami” proved to be both waterproof and fireproof.

Similar to Origami, the concept of Mate, the easily customized personal printer, was also derived from a small idea the designers had in the course of their daily lives. 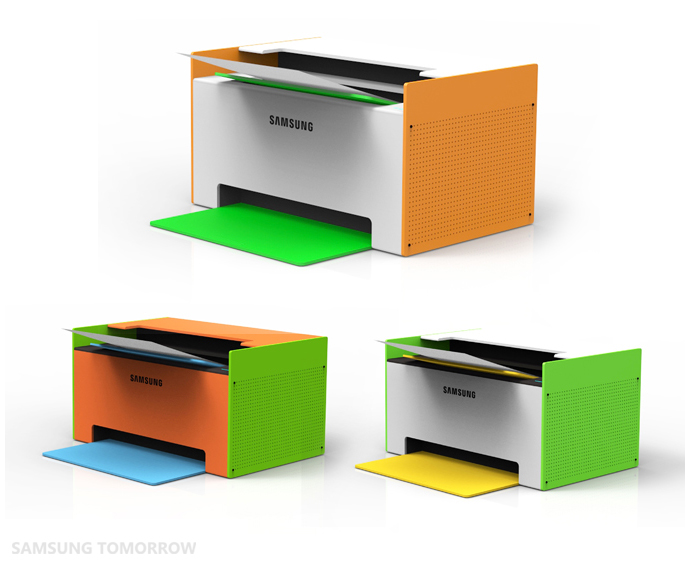 How colorful it is! Doesn’t seem so friendly? It is because, the Mate printers were created from ideas happened upon in daily life. It is quite fascinating how those everyday ideas blossom into a design. With the individual colorful panels, users can easily change the mood they want to project into the environment, harmonizing with the background. You can play with a printer now!

We are not finished yet! The screw-free assembly personal printer, Clip, was also created based on the inspiration the designers drew from their daily lives. 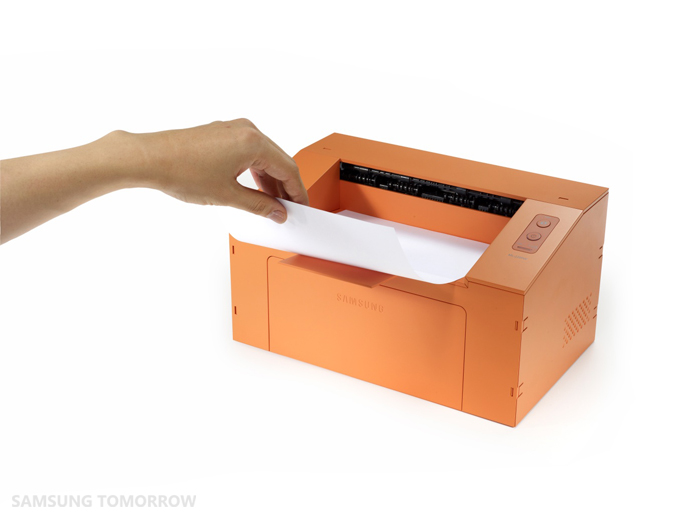 In other words, what made the Clip printer different from the others was its lack of screws in manufacturing. Instead of using screws, the designers put clips along the edges that clicked so that the users can build a printer simply and efficiently. Not only were the three printers created based on the inspiration of daily lives and were customer-oriented but also were they developed in a brand new way. 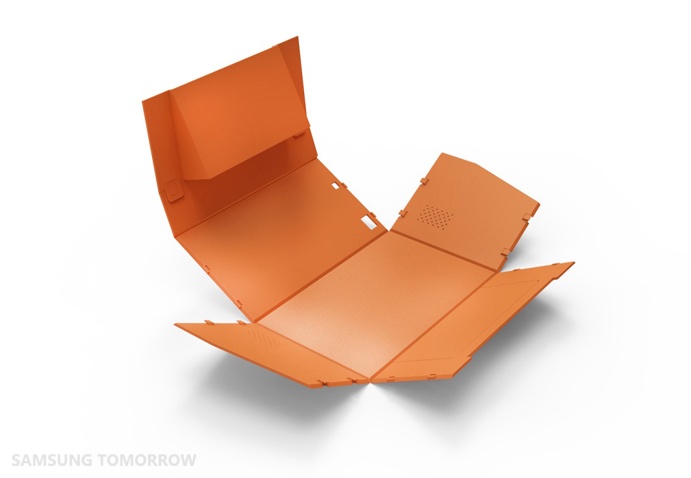 If you check out the exterior design of the three printers, Origami, Mate, and Clip, it’s easy to see that Samsung has brought the design of printers to a new level. How do they do it? By achieving ‘material innovation’ and ‘process innovation’ through the SOHO concept design.

Samsung innovated the original printer design by replacing ‘plastic’ with a wholly different material, corrugated cardboard and paper. This reduced the price of the product by taking a cost efficient approach to replacing the construction material. 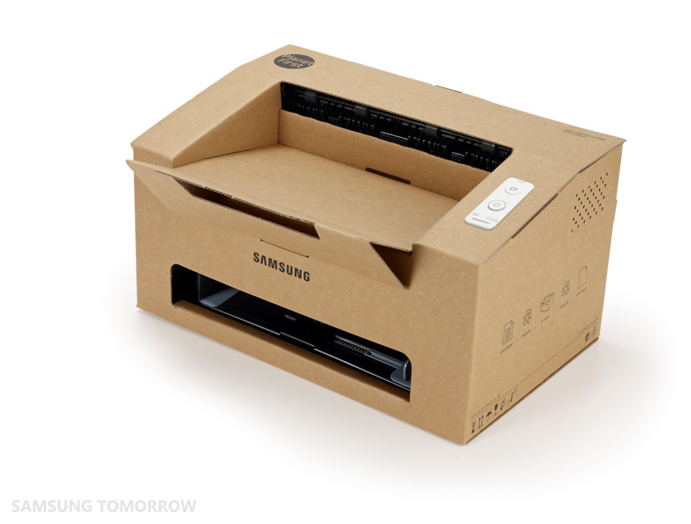 In terms of innovating the process of producing the printers, the designers visited various factories, learned the exact production process, and applied the idea of folding instead of molding into the final extraction process, ‘folding the planar figure’ like process instead of ‘extracting with a mold’ process.

What is the result? This unique theme won Samsung an award in the ‘concept category’ at the 2013 IDEA Design Award. Not only did the designs of the three printers create a new generation of designs, but also adhere to Samsung Electronics’ concept of absolute value, the ‘Holistic Experience Design.’ This Holistic Experience Design is a design that aims to increase customer satisfaction by unifying superior exterior designs, UX designs and package designs. All three printers, Origami, Mate, and Clip, fit the bill to a tee.

So what’s next? Not content to rest, the principal designer, Seungwook Jeong, gives us a hint of what’s in store in the future.

So don’t be surprised if you actually start to notice printers in the coming months. The future of printers has never looked brighter!