Today, we have guest blogger 100 Mirror  writing about his experiences with the GALAXYS III.

Out of all the mobile products presented at IFA 2012 in Berlin, GALAXY Note II was what I was anticipating the most. It’s true that the GALAXY Note II has improved hardware performance compared with the original GALAXY Note, but it was the advances made with the S-Pen and S-Note features that have drawn the most attention, both in Korea and in the international market. I was definitely eager to see what it could do.

Personally, I think there have been significant developments with the ‘S Pen’ and ‘S Note’. I’ll take a look at some of the new features, and give you an idea of what they look like. 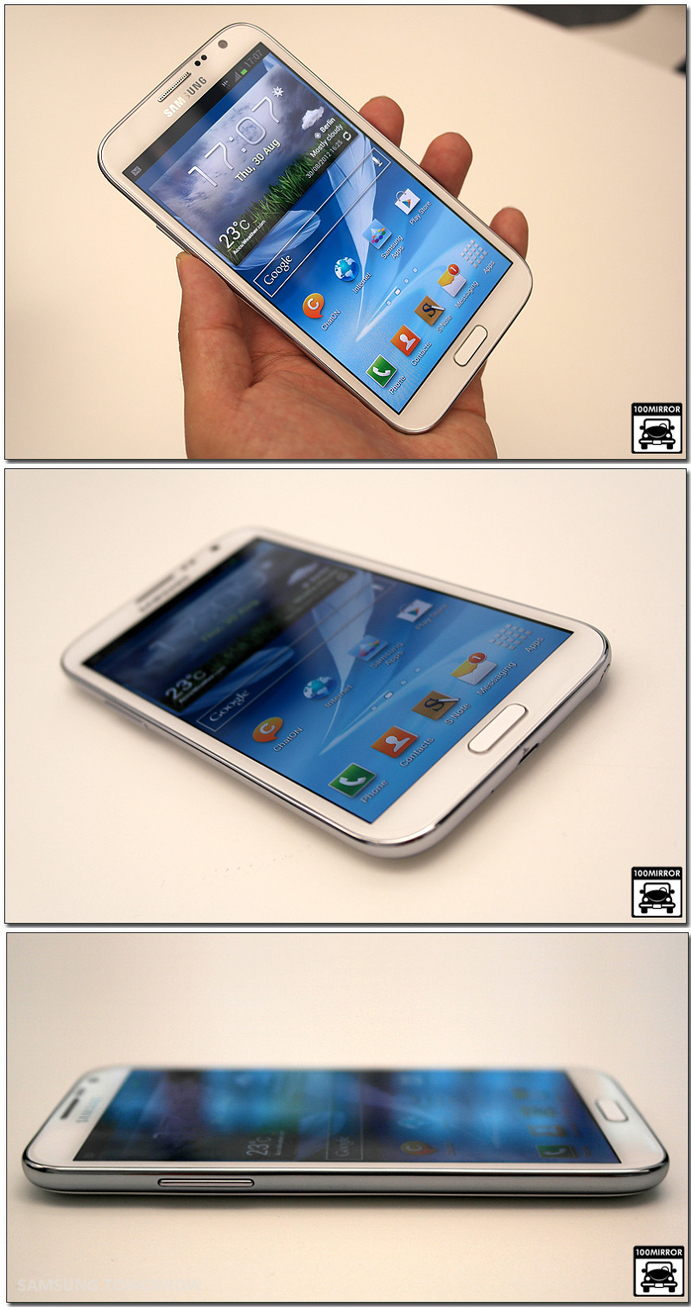 It is a little narrower than the GALAXY Note for a better feel and grip. 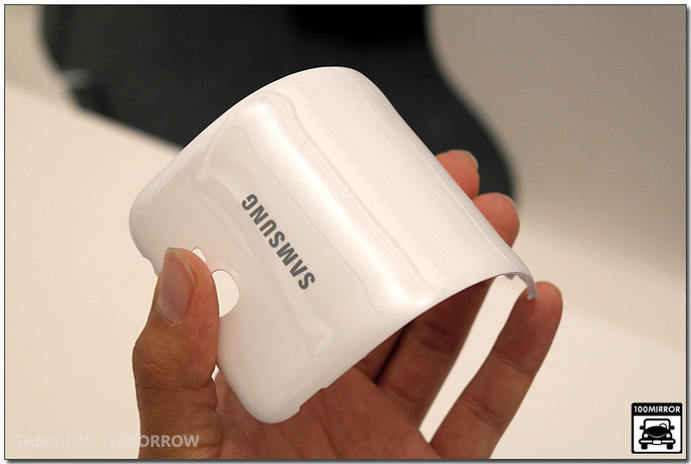 The back cover is the same hyper-glaze material that is used with GALAXY S Ⅲ.

The utility of the button on the body of S Pen was very much expanded, which we’ll look at in a second, but the most noticeable change in the S Pen would have to be the tactile sensation when writing. 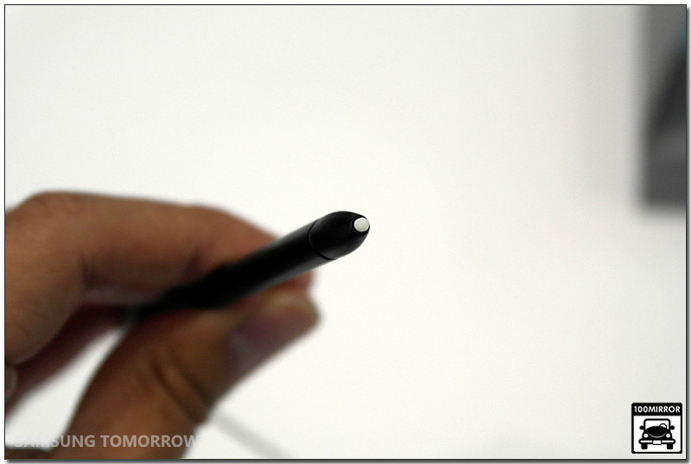 The tip of the pen was originally a tip, and has been upgraded to a rubber tip for GALAXY Note II.

A big difference is that the tip of the pen was fixed for the GALAXY Note, but for GALAXY Note Ⅱ, it moves a little in and out. Thus, the thickness of the line changes with applied pressure from the writer. 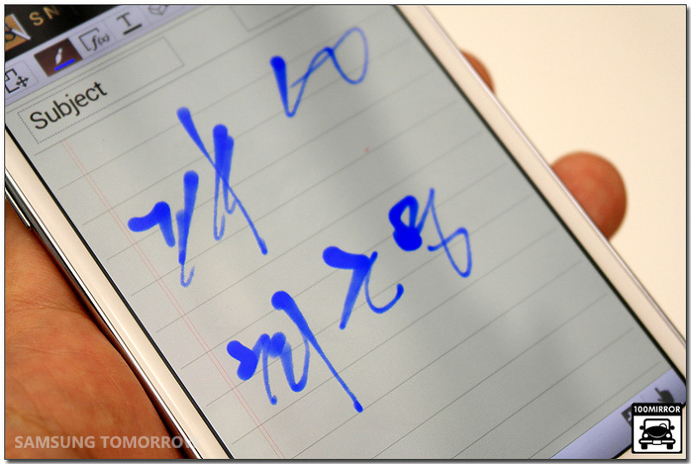 It’s written in Korean, but you can still check the changing thickness of the lines from the picture.

The utility of the S Pen also improved in connection to other functions. 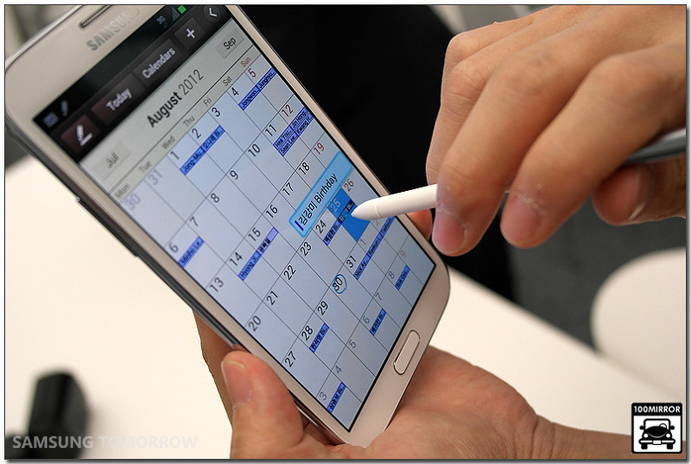 A new function of GALAXY Note II is the Air View function. When the S Pen is brought near the screen, it shows a preview of the contents, like the picture below. If you hover it over the ‘S Calendar’ application, it shows the details of the schedule for that day. 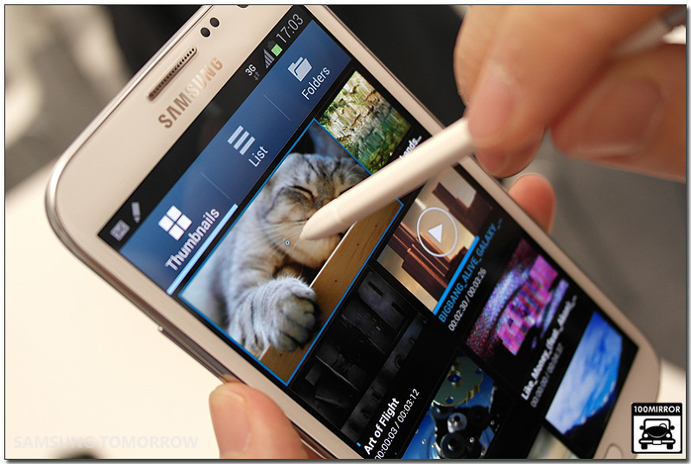 It’s also possible to see previews from a video list. 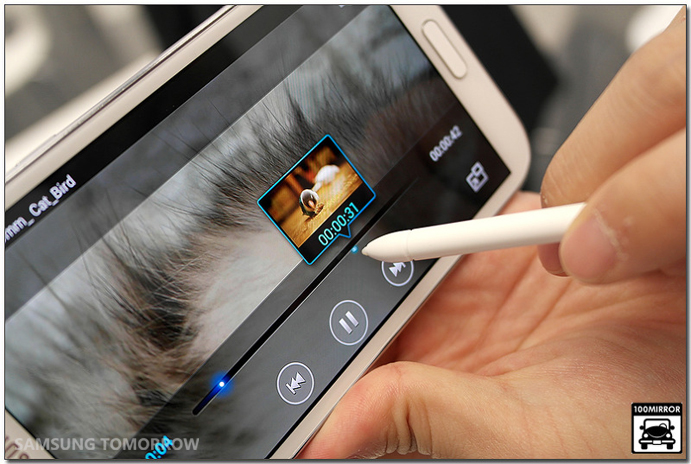 If you hold it over the progress bar while the video is playing or over an email list, you can also see previews of the content.

These preview functions have mainly been introduced for S Calendar, video, email, and it will take time to see where else it will be applicable.

The S Pen features a built-in button for added functionality, and the utility of this button has been much improved. 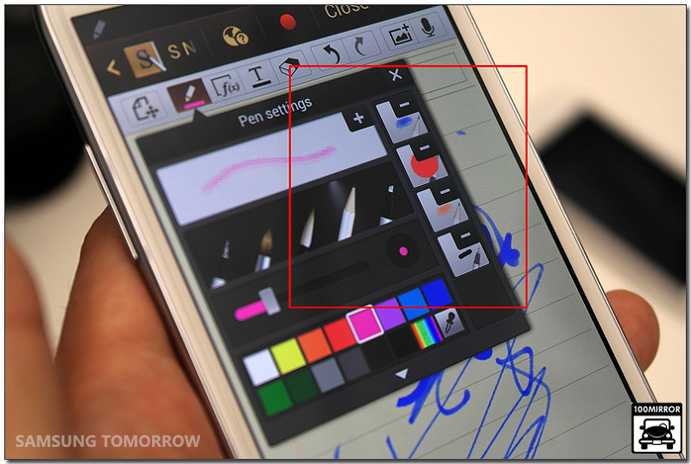 When using the S Note, press the button while the pen is near the screen to change the font color. It is also possible for you to set the color and thickness to the right of pen settings. Each time you press the button, the list changes. You can select whatever you want and change it with the push of a button. 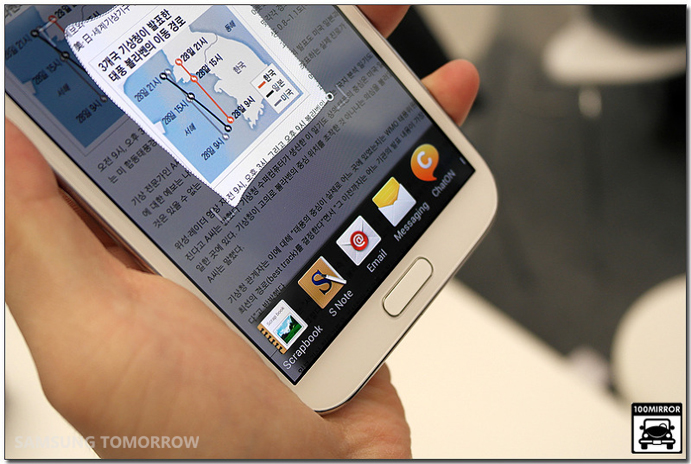 During web browsing, you can press the button to indicate a desired range for cropping. Right after cropping, this image can be sent through S Note, email, or message, which makes sharing images much more convenient. 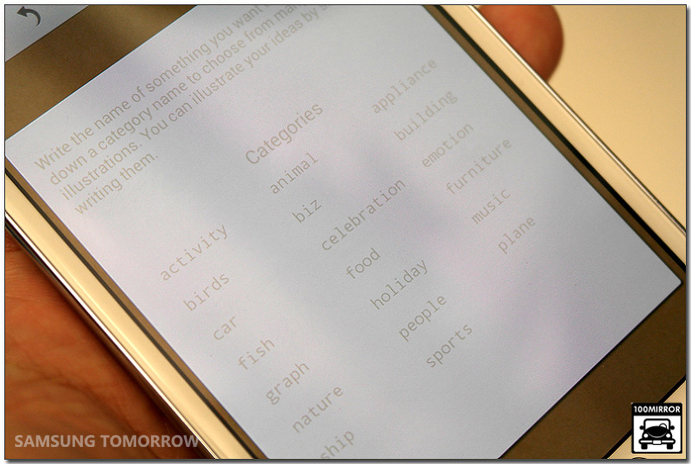 Holding down the S Pen on the screen brings up the Idea Visualizer menu. This menu lets you find standard images easily, similar to clip art in PowerPoint. 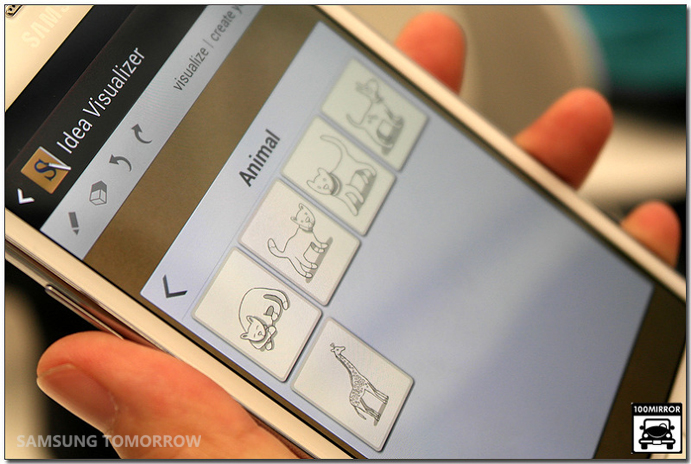 For example, if you write “Animal” with the S Pen, it shows the image clips corresponding to animals. You can take these clips to S Note and use it. 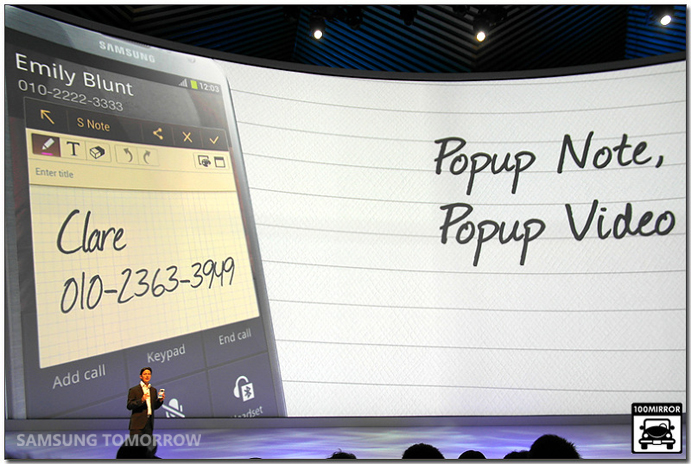 As you can see, there have been some interesting updates with the S Pen and S Note features of the GALAXY Note II, and I was excited to be able to report them to you.

*The content on the blog is based on individual opinion and does not represent the position, strategy, or opinions of Samsung Electronics.