Replicating the accuracy of a real pen while expanding smartphone capabilities, Samsung’s S Pen has been a signature player in smartphone history since making its debut in 2011. From improving pressure sensitivity to introducing Air Command’s productivity tools, the iconic S Pen has consistently set the standard for innovation in smartphones.

Featuring the most advanced technology to date, Galaxy Note9 S Pen with remote control takes Samsung’s leadership in smartphones to the next level. Now with Bluetooth Low-Energy (BLE) support, the all-new S Pen delivers an even richer, more powerful experience. So what’s the script behind the innovation? Our engineers reveal their secrets below.

Tapping, swiping, and pinching have become powerful gestures in the age of smartphones, but there’s one major limitation: they only work when users can physically touch the phone. While there have been numerous attempts in the past to overcome this constrain with selfie sticks, tripods, and other gadgets, we felt there could be a simpler solution. 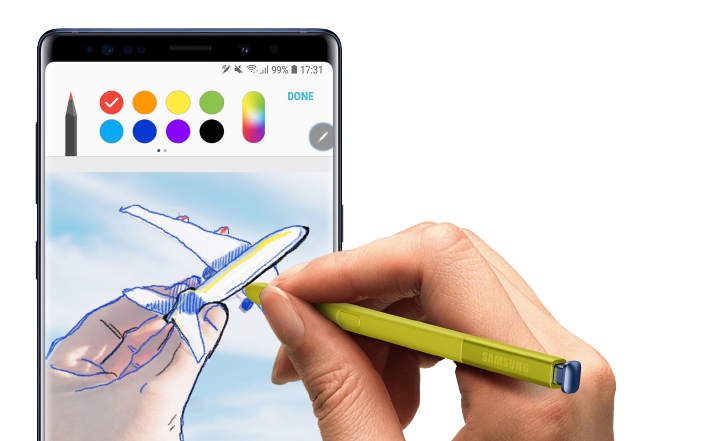 With the Galaxy Note9, we wanted to make the S Pen more versatile to broaden the range of interactions users have with their smartphones. If users can communicate with their phones from a distance without the burden of carrying bulky accessories, the added flexibility would allow them to do more with their devices. Even when they can’t reach the smartphone, they can still enjoy the benefits of Galaxy Note9’s premium features.

We decided to combine Bluetooth Low-Energy (BLE) with the S Pen to turn the stylus into a remote control. BLE needs extra power to work, which meant we had to incorporate a battery inside the stylus while keeping the premium writing experience and other functions Note users have come to love. Recharging the battery also has to be quick and easy. 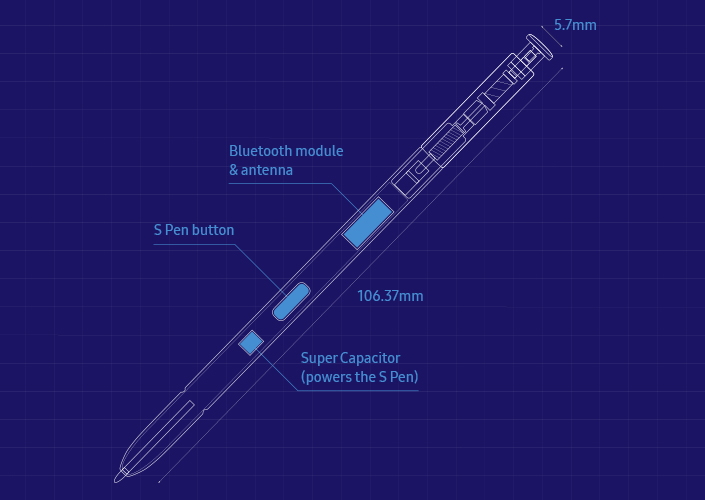 The Bluetooth function requires a different level of power, which made the design of the S Pen’s circuit challenging. While we were able to find space for a Super Capacitor, we couldn’t fit a separate circuit inside to power the new features of the S Pen without changing its iconic design. This meant we had to come up with a tailored solution.

After numerous tests and experiments, we developed an Application-Specific Integrated Circuit to deliver different levels of electric current for writing mode and charging mode. This also allows the S Pen’s button to detect proximity to the Galaxy Note9 and switch automatically from electromagnetic resonance mode to Bluetooth mode when the stylus is far away from the smartphone.

Customizable clicks also allows users to change the Bluetooth functions to suit their needs, while the recently launched S Pen SDK (developer.samsung.com/galaxy/spen-remote) enables third-party developers to adapt the stylus’ capabilities for different applications. With a 30-minute battery life (or up to 200 clicks) and ultra-fast charging, the S Pen is ready to go all the time.