Two cartoonists, Three directors, one action star, and a singer/composer, each at the top of their field, have come together to work on a creative project dubbed “Cinenote”, to utilize the Samsung GALAXY Note to the fullest. 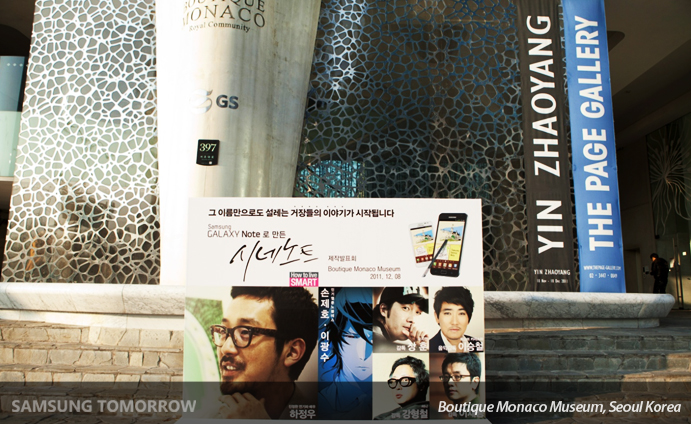 Samsung Tomorrow attended the showcase hosted by renowned Korean comedian, Boom which was presented in talk show format, with each guest interviewed briefly about the project as well as the use of the Samsung GALAXY Note throughout the production of their innovative film project. 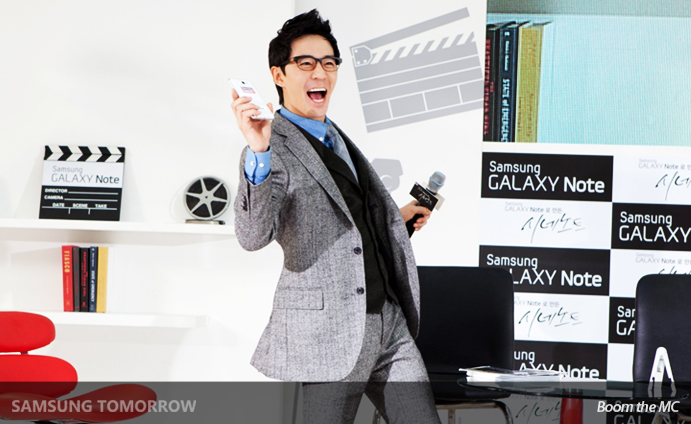 The showcase, presented for the press, began with a promotional video for the GALAXY Note, soon followed by the very cheeky Boom the MC introducing the talented folks that are involved in this project. 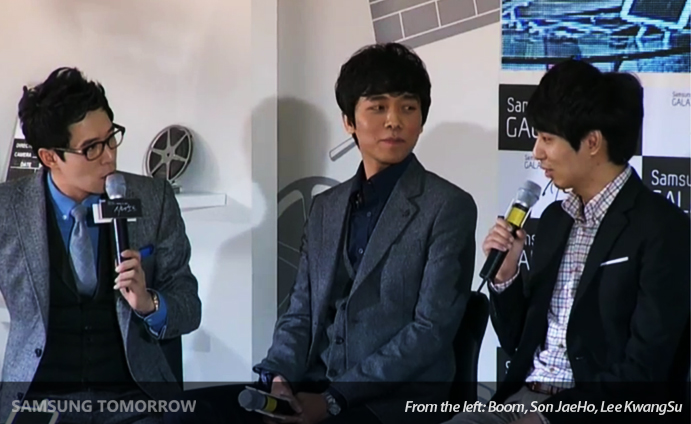 The first portion of the project will be in comic form by cartoonists Son JaeHo and Lee KwangSu, known for their webcomic ‘Noblesse’, which will set up the initially storyline. 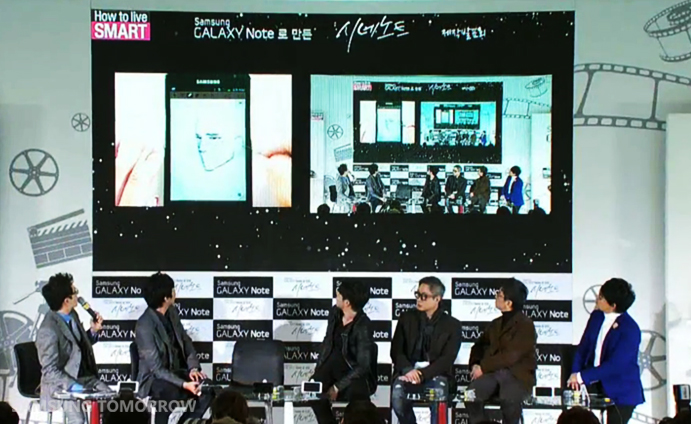 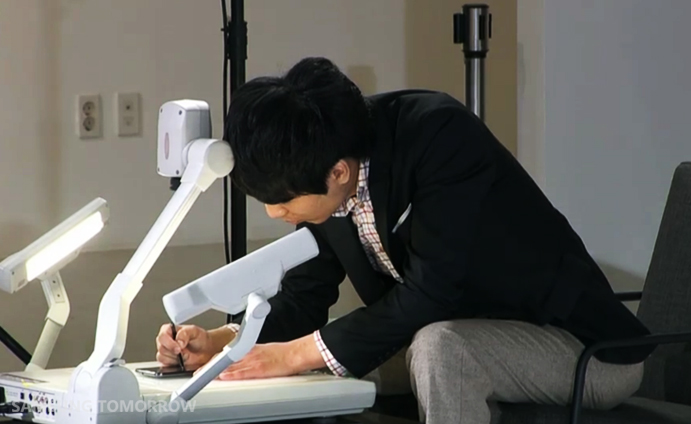 Asked about utilizing the GALAXY Note during the production process, both cartoonists raved about the convenience of having a device that was available whenever they wanted to jot down an idea or even take sketch and then be able to share that idea instantly.  Lee noted that writing on the GALAXY Note was not much different from writing on a piece of paper.  To prove this, he drew us a sketch of the main character on a GALAXY Note right there during the showcase. 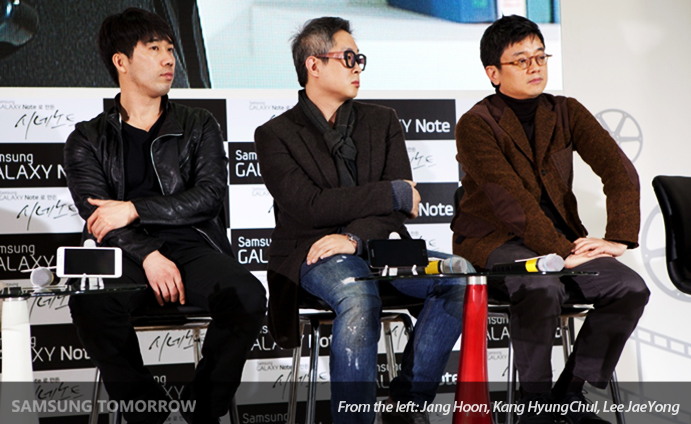 Then switching to live-action, the storyline will diverge into three different endings, each in a separate genre, with a different director at the helm of each: Jang Hoon (action), Kang HyungChul (comedy), and Lee JaeYong (romance). Notably, Jang Hoon’s most recent film “The Frontline” was chosen as South Korea’s 2011 entry into the Academy Awards Best Foreign Film category. 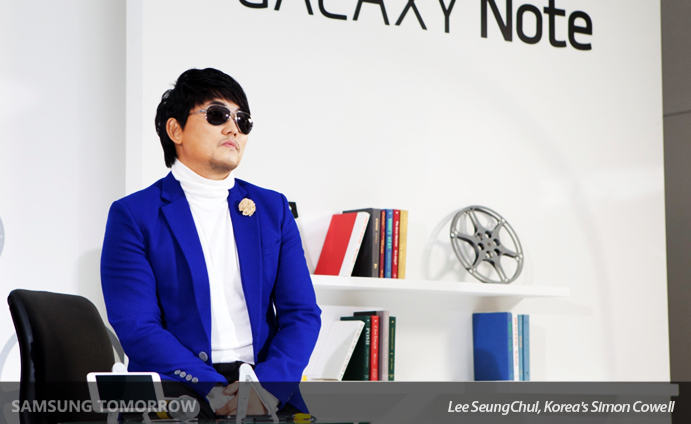 In charge of the soundtrack is the famed singer/composer Lee SeungChul, who many recognize as the sort of Simon Cowell figure in a Korean audition show similar to American Idol (Superstar K). 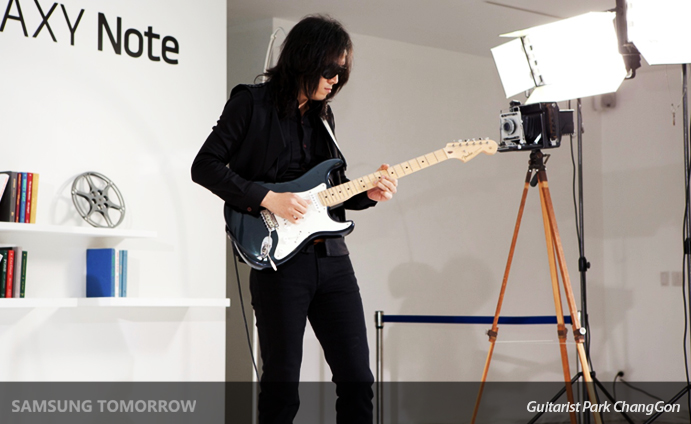 Lee SeungChul revealed that the majority of the music for the project was nearly complete and decided to present one of the completed songs “Without You” for us with guest guitarist Park ChangGon. 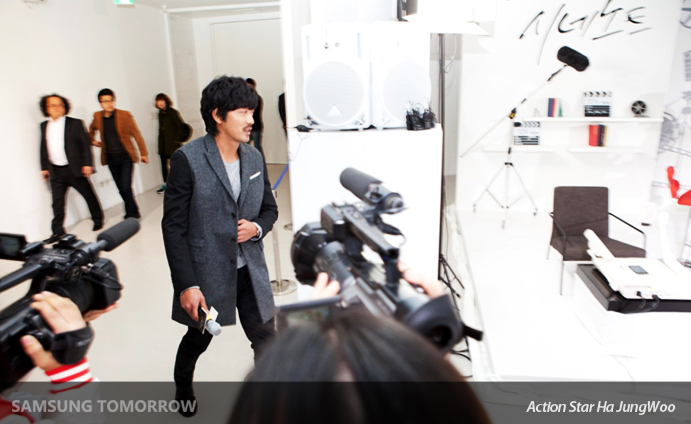 Finally the star attraction of the project, Ha JungWoo arrived on the stage. 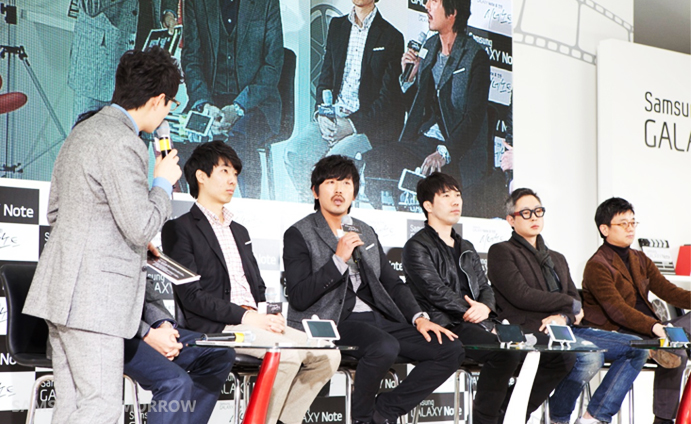 Starring as the protagonist in all three version of the finale, he stated that he found it amazing the things possible with today’s technology, being able to do so much with one small device. 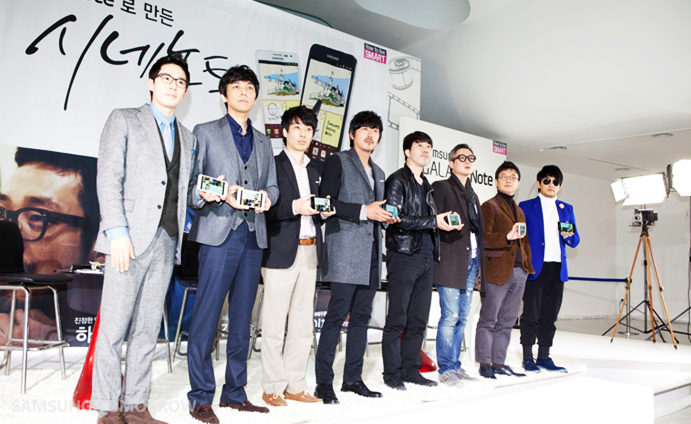 The project will without a doubt be a great opportunity to truly demonstrate the not just the creative potential of the Samsung GALAXY Note but the sheer convenience of such a versatile device.  We at Samsung Tomorrow can’t wait for the project to be completed so we can see what sort of imaginative result these creative minds produce together.  When the project is finished you can be sure that you’ll be able to see it here, Global Samsung Tomorrow.