Convenience Is Key: the Evolution of the Bixby Key

Bixby’s introduction in 2017 laid the groundwork for the creation of a connected, open ecosystem of devices and services that allows you to get more done, more comfortably. Now, the platform’s latest update has introduced even more ways for users to simplify their day, including the all-new ability to customize your Galaxy device’s Bixby key in a way that works for you. 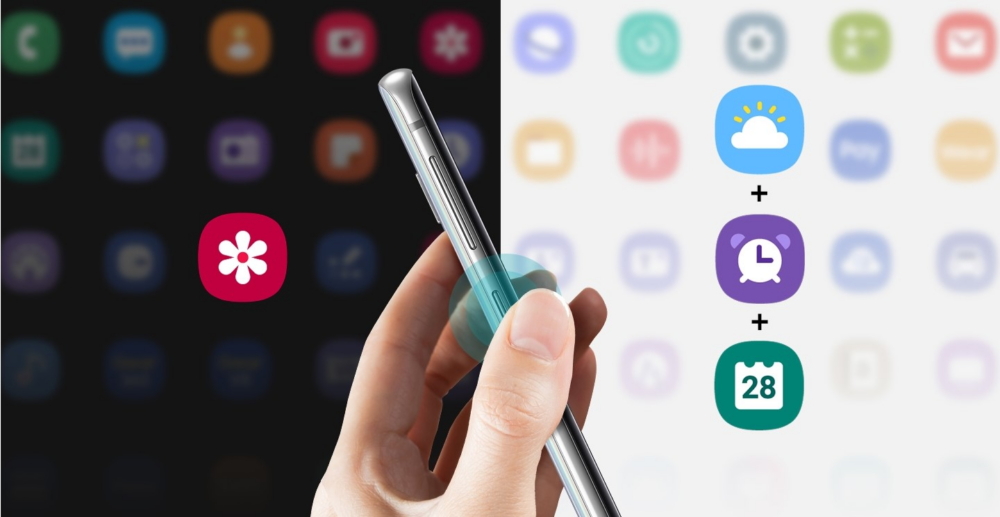 The Bixby key allows you to access Bixby anytime, anywhere, with a simple press of a button. When the Bixby was first introduced, a single press would pull up Bixby Home, while a press and hold would allow you to speak to Bixby directly. The new Bixby takes the Bixby key’s convenience to the next level by allowing you to use it to instantly activate an app or one of your Quick commands of your choosing.

To facilitate this handy function, Samsung incorporated the ability to launch Bixby main page with either a single or double press, and customize the remaining option to activate a favorite feature. As Samsung’s Executive Vice President and Head of Software and Artificial Intelligence, Eui-Suk Chung, explained, adding this capability allows users to access frequently used Quick commands or apps faster and more flexibly.

“Our top priority is to offer our consumers the best possible experiences,” said Chung. “So we’re constantly listening to and learning from them. Because they’ve expressed that they’d like more tools to get things done quickly and easily, we decided to offer them the freedom to customize the Bixby key.” 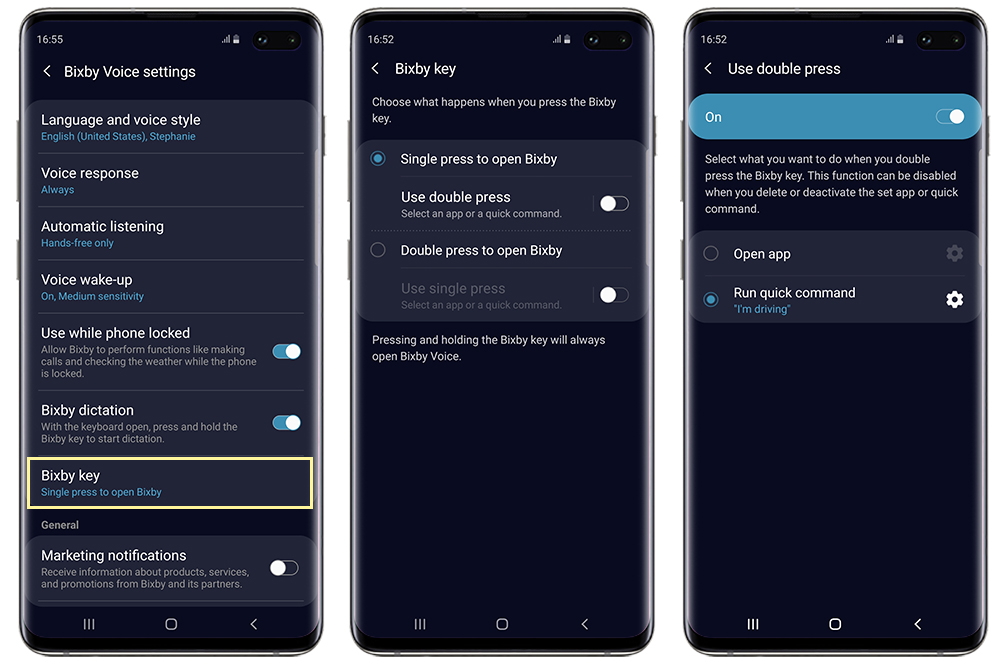 Another useful function of the Bixby key lies in Bixby’s enhanced Dictation feature. Sometimes, it can be very inconvenient to have to manually type out a long text, email or memo on a small keyboard. Bixby’s Dictation function simplifies these situations by allowing you to use the Bixby key to quickly and easily dictate your message directly into your phone. With the keyboard open, simply press and hold the Bixby key to begin your message, and release it once you’ve said what you want to say. It’s as simple as that.

Since first introducing it in 2017, Samsung has consistently improved Bixby based on users’ feedback. One of the ways that the company enhanced the Bixby key specifically was by minimizing instances of accidental Bixby activations. When the Bixby key is pressed while your phone is in your pocket, or when your screen is locked, because it’s unlikely that you intended to do so, the Bixby key has been calibrated not to launch Bixby in these situations.

The next part of the Bixby key’s enhancement process involved enabling the key to launch Bixby with a double press. When using your phone to watch a video or take a picture, for instance, accidentally pressing the Bixby key could interrupt your enjoyment. Adding this capability minimizes this inconvenience, as users are not likely to press the Bixby key twice by mistake.

As Chung explained, going forward, Samsung will continue to enrich the Bixby key with new capabilities that add convenience to users’ lives. “Our guiding rule at Samsung is to evolve our products and technologies in ways that are meaningful to consumers,” said Chung. “Just as Bixby’s evolution is ongoing, so too is the Bixby key’s.”