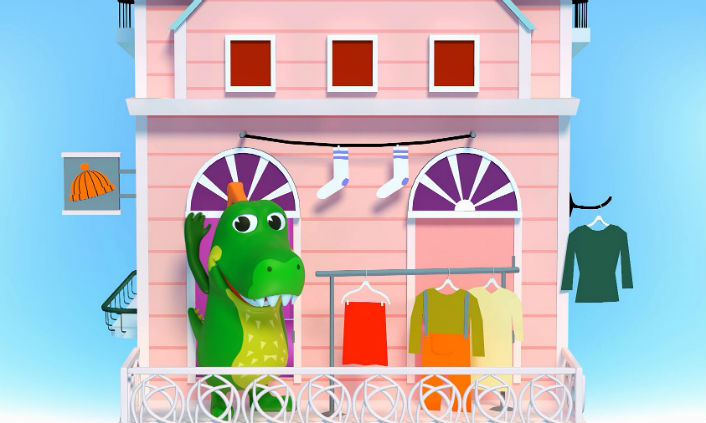 With the bright, interactive screens on today’s mobile devices, children love playing with them—maybe too much. “It can be a great challenge taking back a smartphone from a kid; they cry their eyes out,” noted Hyungbo Sim, a UX designer at Samsung Electronics and father to a young boy.

But Sim’s smartphone has Kids Mode installed, which means that once his son has reached his daily limit for using the device, the cute Crocro character from the app appear to doze off, locking the device. “He brings my smartphone back to me voluntarily after Crocro falls asleep, saying he’s done. It’s amazing.”

Kids Mode is Samsung’s service which lets parents control the content their children have access to when they use a mobile device and for how long they can use it each day. But more than that, Kids Mode is also fun and natural for children to use, specially designed for them at all levels, from the physical interface to the graphics to the content. To get a better sense of how Kids Mode was created, the Samsung Newsroom talked with some of its designers and developers—including designer Sim.

Making a Safe Space for Children to Play

Kids Mode had its origins in the Galaxy Tab 3 Kids, a tablet Samsung designed expressly for children. “It was in late 2013 that Galaxy Tab 3 Kids was launched globally,” recalled Jongin Lee, Senior Manager of Service R&D Team. “Later on, we saw that kids were increasingly sharing their parents’ smartphones, so we asked ‘Why not install Kids Mode on smartphones in the first place, so parents could hand their device to their kids and let them play with it safely?’”

“The focus of the original version was to assure parents they could let their children use their smartphones without worrying,” said Sim. “But then we thought it would be better if we could make it interesting for kids.”

The developers and designers focused on creating a world that was fun and natural for children, so they would enjoy using it. Instead of focusing on text, like for regular platforms for grown-ups, Kids Mode focused on a more organic storytelling that children could explore on their own.

“An app’s graphic elements are about entertaining kids,” said Jookyung Woo, UX designer. “There needed to be storytelling, so that a child can imagine what happens next. Kids Mode doesn’t have any text. The graphic user interface should stimulate their imagination, based on the story.”

“Kids Mode does not limit how children use the smartphone, but allows them to explore and play in a safe environment, just like in the real world,” said Woo. “Kids learn by touching. To develop a UX for children, it was very important that the interface naturally encourages children to touch and try the buttons and move on to the next step.”

Part of that storytelling approach also meant having cute characters to interact with. At first there was just a simple crocodile, but now Kids Mode uses four colorful characters to help guide children through its fun world: Crocro the crocodile, Cooki the sloth, Bobby the beaver and Lisa the bird.

“They’ve been upgraded to 3D and they look cuter now, too, with more facial expressions so children relate more easily,” said Woo. “In the past, kids’ characters would be good and bad. But in Kids Mode, there are no bad-guy characters, just different ones. Every character has a different personality: the sloth is lazy but he also likes things, the bird sings and dances, the beaver likes to paint and the crocodile enjoys decorating.”

“Kids Mode is the only Samsung app that features characters,” added Wonje Mok of the Service R&D Team. 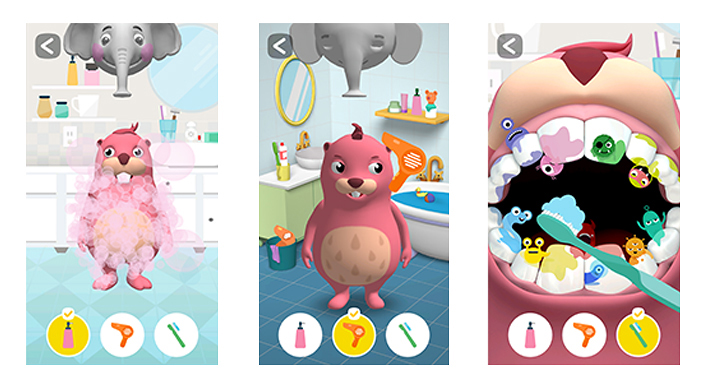 More than just fun, though, these characters also are designed to teach children. Children can help Bobby brush his teeth, or help Crocro get dressed. “Children should want to dance, wash and play the way their favorite characters do,” said Sim. “It should be fun to help them develop.” 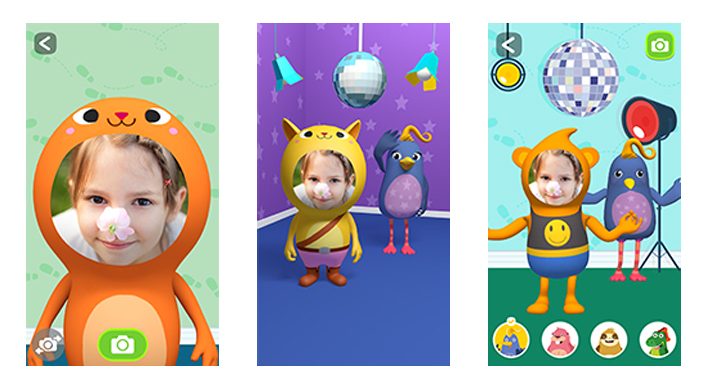 “Parents liked Kids Mode, but how to make it usable from the perspective of children emerged as another challenge,” said Sim. “So a music app was added, and then Kids Drawing, which lets children draw on an empty canvas, color in coloring books and draw in sand. The concept was to stimulate children’s creativity and intelligence development. Different contents for different countries were added as well.”

Throughout development, the developers and designers never stopped refining and improving Kids Mode. “The process was not easy,” said NamSuk Koo, Developer on the Mobile R&D team. “We were not creating an app for adults, so even after we finished the app, we were not sure if children would really like it.”

In addition to optimizing the app for children and making it fun, they also had to deal with many technical challenges. “Kids Mode is mostly an animated app” said Koo. “It was quite challenging to synchronize the motion. On top of that, we had to deal with battery usage and then memory and then heat, because of the size of the app. Sometimes we had to start all over.”

“At an early stage, the problem was with battery consumption,” said Keunchang Hur, Developer on the Mobile R&D Team. “Since there were no apps from Samsung or other developers to compare, we approached Kids Mode from an adult’s point of view on issues like power consumption or text. It was difficult to get other ‘grown-up’ members to understand those points.”

“It took so long to convince everyone,” said Woo. “Some people even wondered why there should be a cloud in the background. That’s natural given that we tried to understand everything from an adult’s point of view. The graphics were quite strange as well. People didn’t understand why a crocodile should appear at all. That’s why I created a backstory for the characters.”

Constantly Refining for a Child’s Point of View

Getting the interface just right for the inquisitive, grasping hands of children also required plenty of fine-tuning. “I found that children like unpredictable things,” said Gyusik Kim, Manager of Service R&D Team.

“That made me realize that I have to think from a kid’s point of view. I can anticipate to some extent what adults like, but there is no such thing as logic for how children think.”

“Some children would touch the display so hard, the distinction between a long touch and a regular touch was not clear,” Sim said. “So simple touching became the main interface, not dragging or double-touching or long touches.”

For Woo, who earned her nursing teacher’s license while on maternity leave, she brought a strong interest in child development to the project. “Kids Mode was the first project I had right after I got the license,” she said.

Other developers tried thinking more like a child. “Rather than trying to study and analyze, I tried to become a child again,” said Jaechan Ahn, Developer on the Mobile R&D team. “I even started watching kids TV channels.”

“I’m lucky that I like Disney characters,” said Jeun Park, from the Service R&D Team. “Am I some sort of ‘kidult’? Maybe that’s why I like kids.”

“I’m trying to be childish all the time,” said Lee with a laugh. 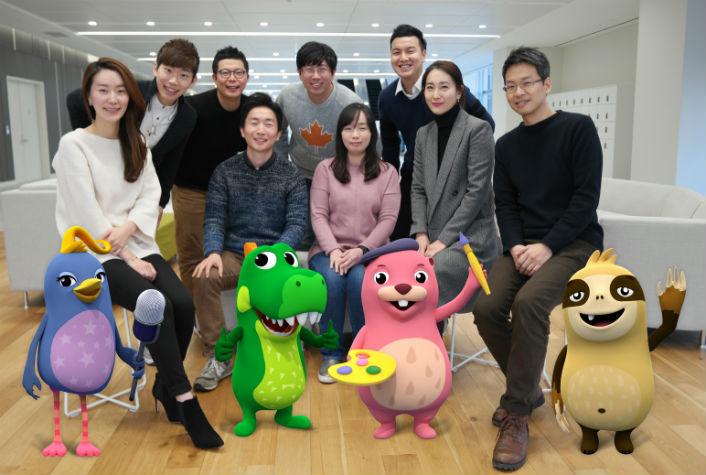