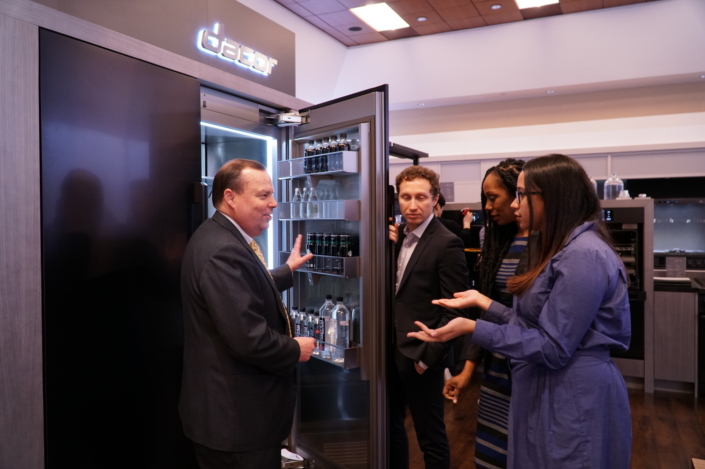 KBIS hosts over 2,500 exhibitors annually from various home appliance brands, while attracting more than 120,000 attendees across diverse industries. Dacor will showcase its new full-package Heritage Lineup which reflects the powerful combination of Dacor’s 50-year expertise in the built-ins segment with Samsung’s industry leading technologies and design.

The new luxury lineup, upgraded from its popular and traditional originals, will feature completely reimagined premium Built-In Column and French Door refrigerators, Range, and Wall Oven. The Range and Wall Oven are Wi-Fi-enabled, allowing users to control the appliances with their smartphone using the iQTM feature, and will include Dacor’s Four-Part Pure ConvectionTM technology which heats and cooks food quickly and evenly, inside and out.

To qualify for the EPA award, the refrigerant system must have a Global Warming Potential (GWP) rating below 15 and produce an energy efficiency gain of 5 percent or higher. Dacor refrigerators have a negligible GWP rating and utilize the eco-friendly R-600a hydrocarbon refrigerant, which can reduce energy usage by 6.5 percent.

“Our most recent luxury packages are built using Dacor’s top-tier technologies and decades of industry knowledge, paired with the strength of Samsung’s pioneering innovation,” said David Nichols, vice president of products at Dacor. “We are honored to receive recognition from the US EPA, and we will continue to invest in new luxury kitchen appliances utilizing green technology in cooperation with Samsung.”

Founded in 1965 in California, Dacor was acquired by Samsung Electronics in August 2016. The brand is well known for its luxury home appliances and has been a prominent player in the housing and real estate markets in the US and Canada.

The Dacor booth will be open at the Orange County Convention Center in Orlando from January 10 through 12 for KBIS 2017.

Founded in 1965, Dacor is a leading manufacturer of ultra-premium kitchen appliances. Designed and built in Southern California, Dacor’s cooking appliances integrate function, technology and design to create high-performing, intuitive products that reflect the lifestyle and needs of the passionate cook. Dacor’s full suite of award-winning appliances includes ranges, cooktops, wall ovens, refrigeration, ventilation and wine preservation. Family-owned for three generations, the company is responsible for many of the innovations that have improved the way people cook in the modern kitchen. www.dacor.com. For additional information, please visit LinkedIn, Facebook or Twitter @dacorkitchen.