[Design Story] Samsung Serif TV Transforms Television, Inside and Out 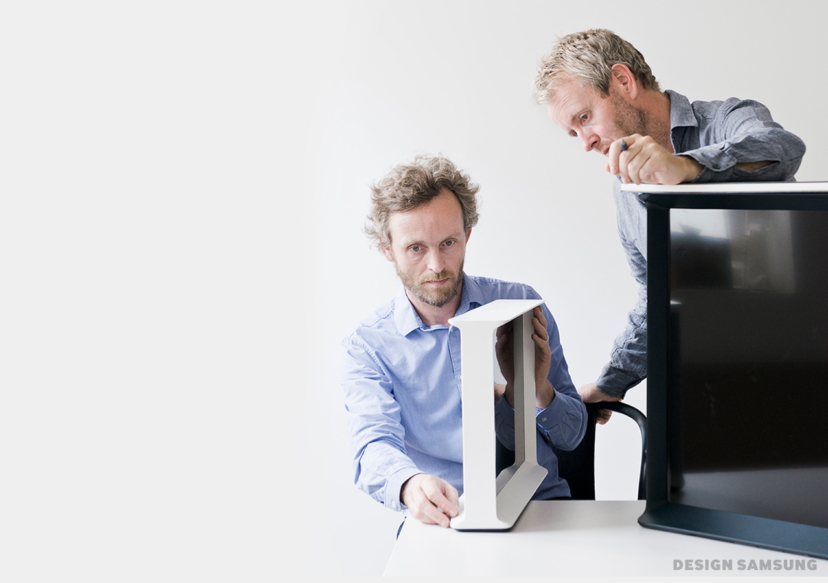 These days, television screens are continuing to grow larger and more detailed, creating a viewing experience that’s more immersive and better than ever. Today’s TVs are wafer thin, frames almost non-existent, and the screens are mounted on the wall, without a stand.

But the French design team of the Bouroullec Brothers has completely reversed this approach, creating a TV that no longer begins to television, but to the world we live in. In a partnership with Samsung Electronics, their Serif TV series features a large, bold and colorful frame, which when viewed from the side looks like a stylish capital “I” in a serif font. With a thin body, but a flat top and bottom that stick out, Serif TV cannot hang inconspicuously on a distant wall. Rather, Serif TV stands out, either resting on a table or supported on long, spindly legs inside a room, in the actual living space. 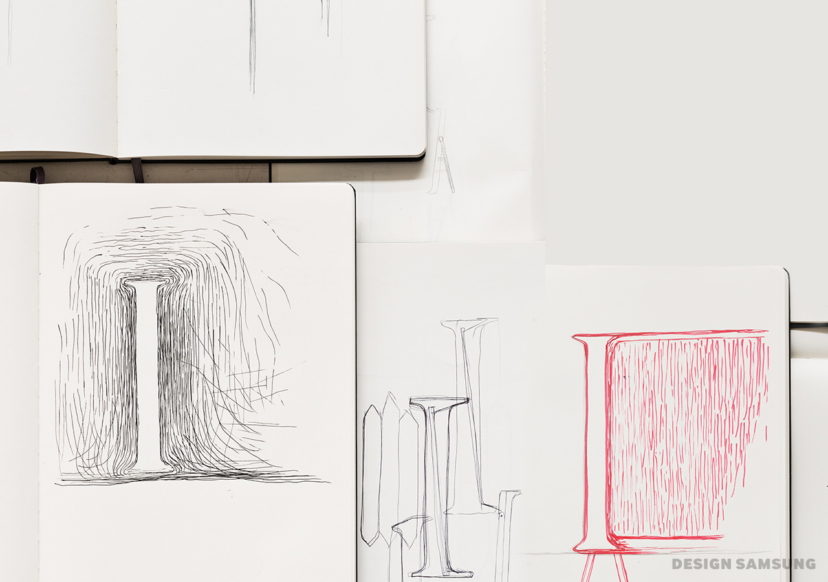 “Serif,” of course, refers to the small strokes at the end of letters and lines on many typefaces. With roots that go back to ancient Roman times, serifs are the most common look for modern books and newspapers. They’re considered classy and strong, a kind of typeface designed to be seen and be read.

In turn, Serif TV is a uniquely designed television set that is meant to be seen, to be a physical object and a key piece of furniture in your home. 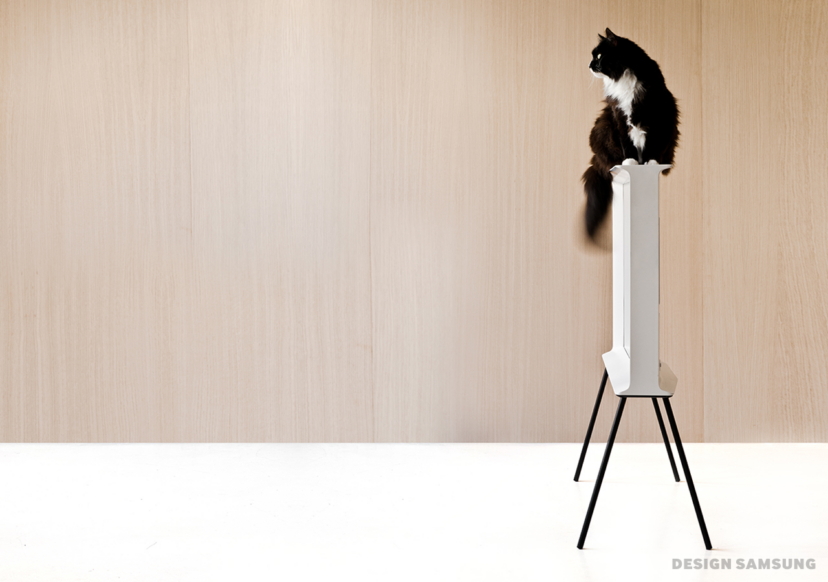 A Tactile Approach for the World We Live In

In coming up with their idea of Serif TV, Rowan and Erwan Bouroullec took a very hands-on approach, more like how a typographer creates a letter than how industrial designers make an appliance. Rather than digital computer programs, they kept their designs tactile, making drawings by hand and creating their own mockups. Even when they turned to 3D printing, they tried to make the printed product look like woodworking.

That approach was a key part in creating the finished look and feel for Serif TV. The designers say that the finished product is imbued with the qualities of metal, wood and stone, the materials that most inspired their development. 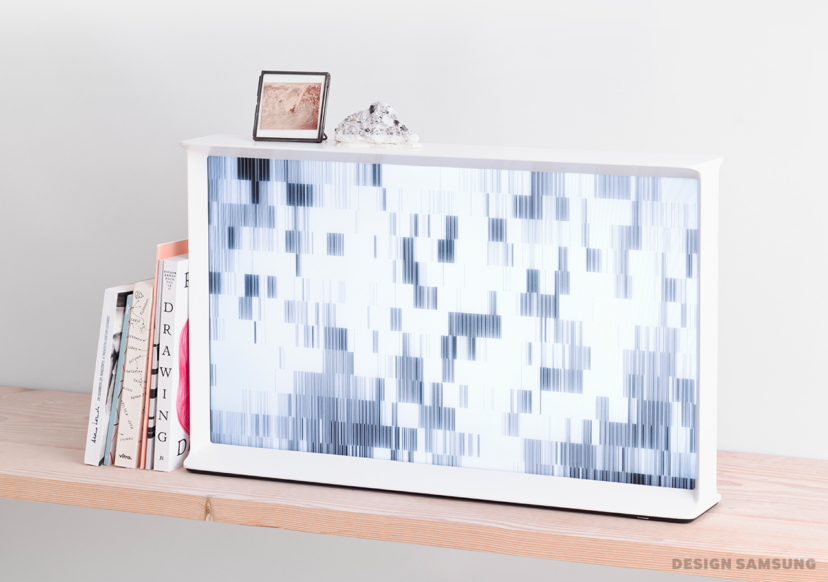 The available colors for Serif TV—white (with a touch of ivory), dark blue and red—also were chosen to stand out and demand people’s attention.

Even the back panel of Serif TV is a unique design. Although modern televisions require many cables and connectors, the Bouroullecs cleaned up the look by covering the back with a fabric panel, held in place with screws. The panel not only covers up the unsightly wires, but also echoes the look of the digital “Curtain Mode” of the display interface. 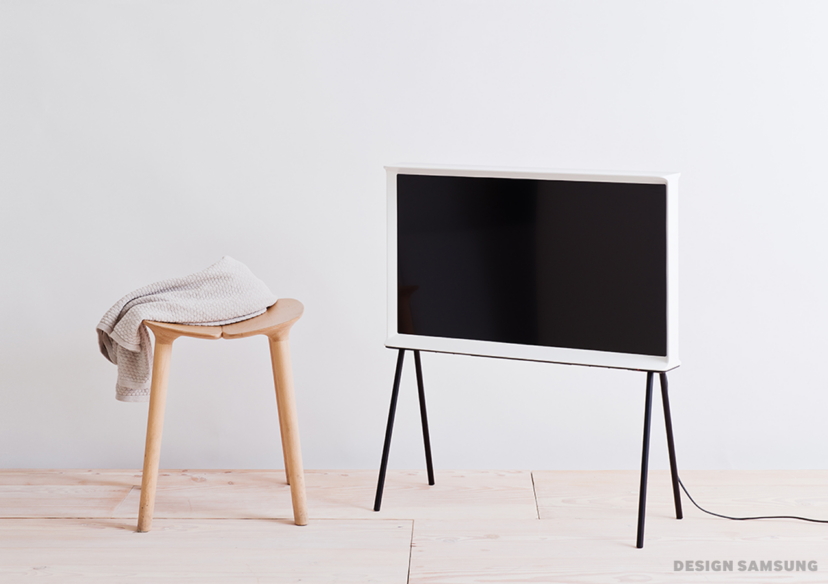 Beyond the Box: Serif Style Inside

The changes to the outside design of the Serif TV are quite striking, but even more unusual is something called “Curtain Mode.” That feature allows viewers to put a digital filter over the screen, blurring it so only abstract images are seen, like dropping a moving, digital screen over the TV.

Curtain Mode is customizable, too. Consumers can adjust how much the pixels are blurred, to four different levels, and the main color of the curtain can be selected, from blue to green, to red or to gray. On top of the shifting, almost poetical curtain, basic TV settings are displayed, like volume, a clock, or a photo gallery. The result is a digital effect that is both beautiful and also adjustable to best fit your surroundings. There’s warmth to the feature, giving Serif TV an emotional quality that makes for a very different television experience. 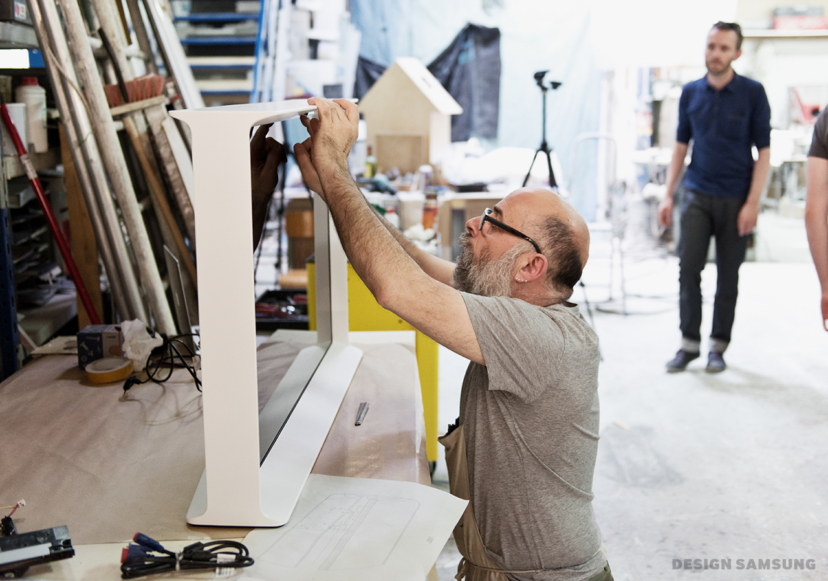 The special qualities of Serif TV extend beyond the TV itself, too. The remote control has been totally redesigned, to become an elegant, all white device that is at once familiar and totally different. Even the packaging of Serif TV is different, minimalist and elegant with little product description on the box.

The team-up of the Bouroullec Brothers and Samsung shows what television can be by reconsidering everything from the point of view of the users. Their approach transformed TV into something simple, natural and inviting, designed to be a part of its environment. In doing so, Serif TV is no longer about television, but a meaningful device for the world we live in. 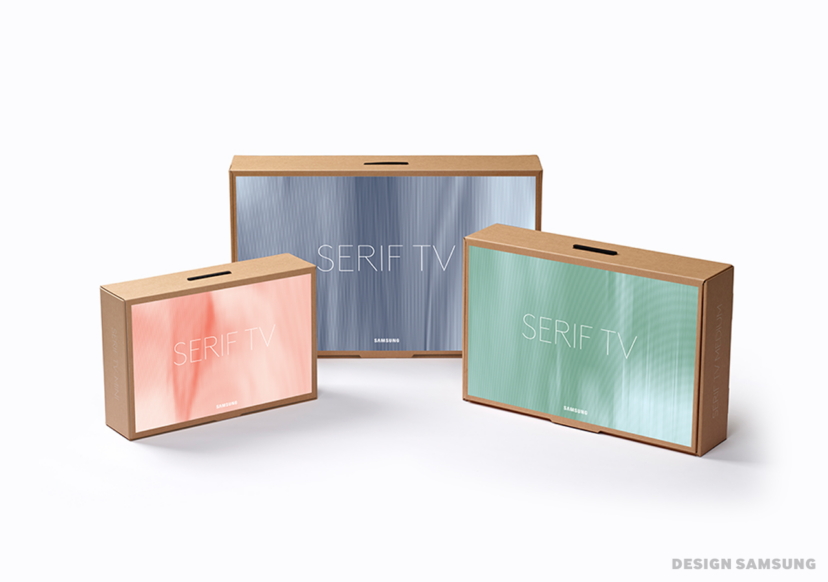