Millennials are the true digital generation. They think, play, communicate and live in digital. Devices are intuitive to them as is their openness and adaptability to new innovations and technology. Recording the minutes of their lives, uploading it on the social network and sharing it with a multitude of others is second nature to them. Introducing the Gear 360, a spherical, social camera re-designed for the lifestyle of this forward looking generation. 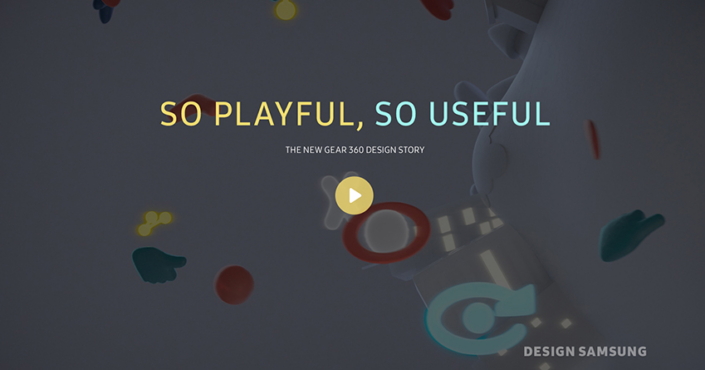 Like a cute figurine, the iconic yet inviting design of the Gear 360 is an object you can’t help but look at, touch, hold in your hand… it’s also intuitively easy to use as it is inviting! 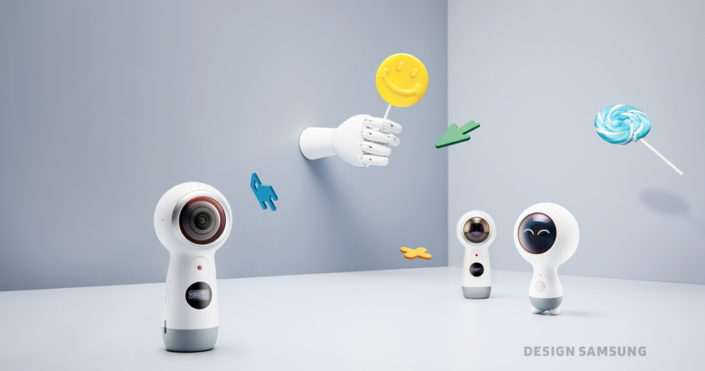 Flat-bar, round, twist… many types of grips were prototyped and tested before we decided on a continuous grip that combines the body with the handle of the camera. A form that we think maintains a steady grip but also doesn’t limit the 360° camera frame. The spherical body sits upon a shaft that tapers out at the bottom for stability but also creating more room for the hardware. The rounded finishes as well as the material is great for holding the Gear 360 in your hand. Really, a new yet wholly natural play on the words ‘point and shoot’. 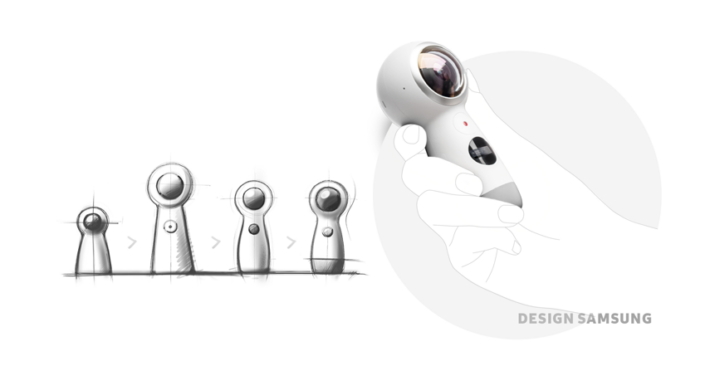 The encompassing look of the Gear 360 is undeniably a spherical shape. Maintaining this identity as well as adding a grip was the task we had to complete. With the continuous grip, we made a drastic change in the design and look of the camera yet kept the screw thread at the bottom of the grip for tripod heads and other universal camera accessories. Easier to use with more options! 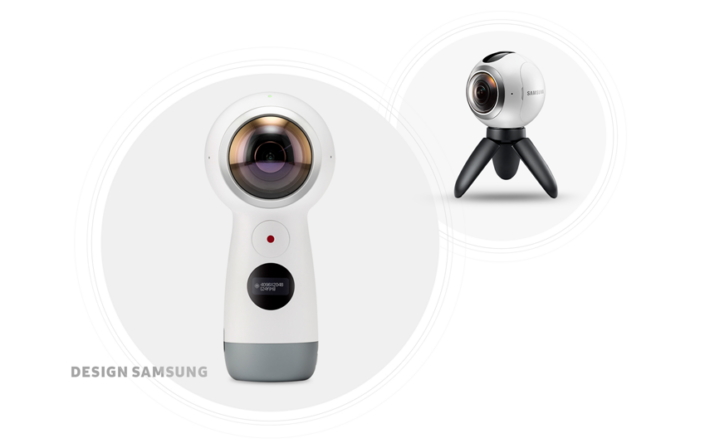 Built Just for You

Millennials and female users alike will really warm up to the design of the new Gear 360. The spherical camera body is almost like a cartoon character figurine you display on your desk. Not only that the soft material of the device makes it that much more fun to interact with. The strap ring supports the camera when it stands as well as preventing scratches on the lens is made of the same material. 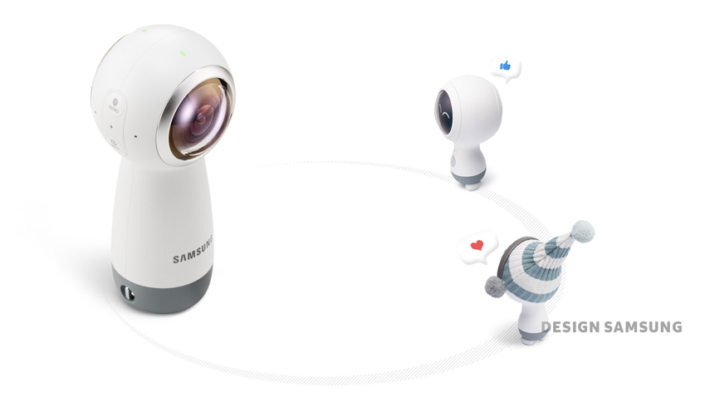 A 360° camera built for Millennials, Everything you need to record your moments of life. 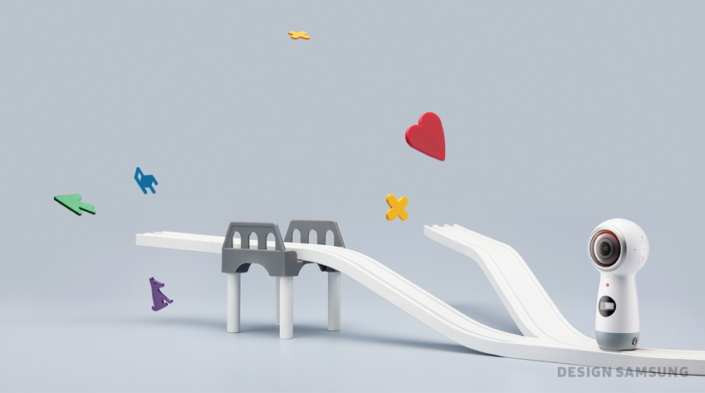 Live streaming function has been added to the new Gear 360. Whether it’s Facebook or YouTube *, it’s possible to stream your very own 360° internet show. Go on, it’s that easy!

Every Moment in High-Def 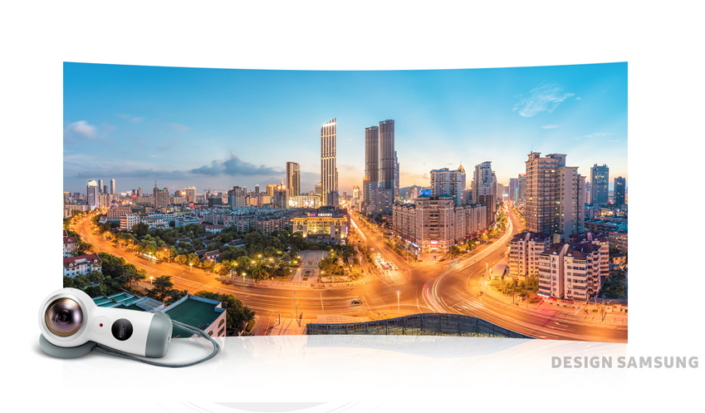 For more conventional channels, it’s easy to edit your 360° video content. Also, a vast array of filters and effects as well as various stickers adds new flavor to your uploads. Easy to edit 360° video!

Our changing world brings forth new technology. We here at Samsung Electronics have looked at Millennials and their unique lifestyles and designed a product we feel is for them and ultimately built by them. No longer limiting our memories to small narrow frames, the Gear 360 encompasses the multitude of channels that this digital generation embraces into a continuous whole where not even the sky is close to the limit.

* Some functions may differ according to device model, OS or region