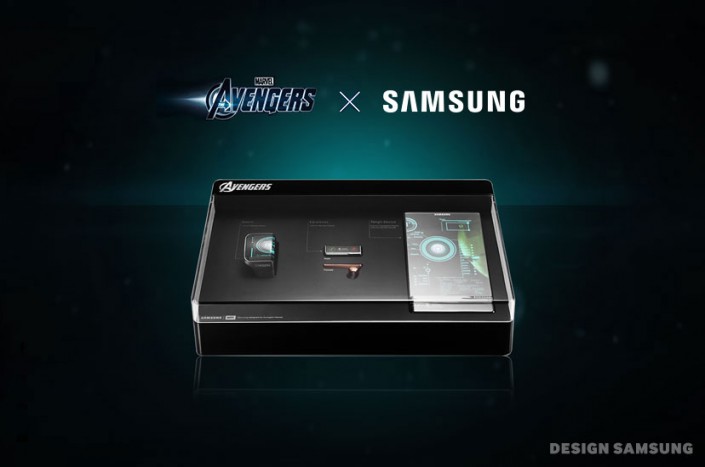 The Avengers: Age of Ultron was a huge hit with moviegoers around the world. Some of that excitement came from seeing the high-tech smart devices that the Avengers used as they battled Ultron both in face-to-face combat and in the cyber world.

The Avengers are remarkably well-equipped when it comes to communications devices, including high-tech watches, Bluetooth ear pieces, and a smart device that was used by Tony Stark. All of these products were created in close collaboration between the film producers and Samsung’s Top Secret Hero Testing Lab, otherwise known as the design team at Samsung Electronics. Their challenge was to come up with devices that effectively reflected the dynamic and futuristic theme of the movie, while also being convincing and credible as advanced communication links that superheroes would use even during a tense battle. 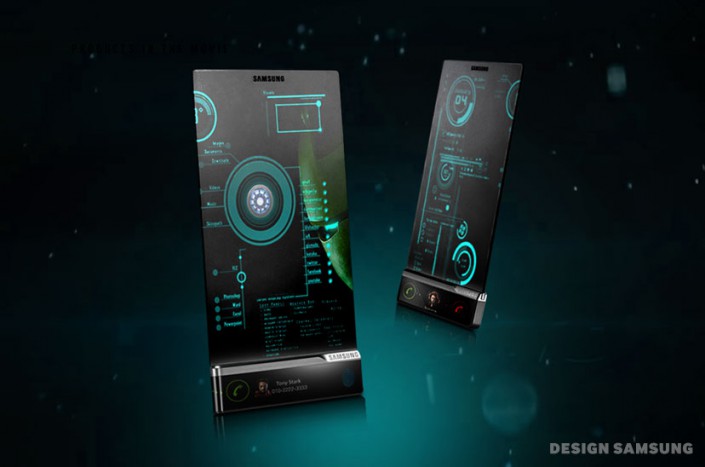 The Tony Stark device consists of a frame that holds a clear, see-through display, which can be removed and used on its own. The frame and its clear display work like any normal smart device, although it also has the ability to upload holographic images, detect motion and transfer large amounts of data. In addition, a fingerprint sensor on the bottom right of the clear display provides extra security and only the highest-ranking employees working for Stark Industries can access the device. 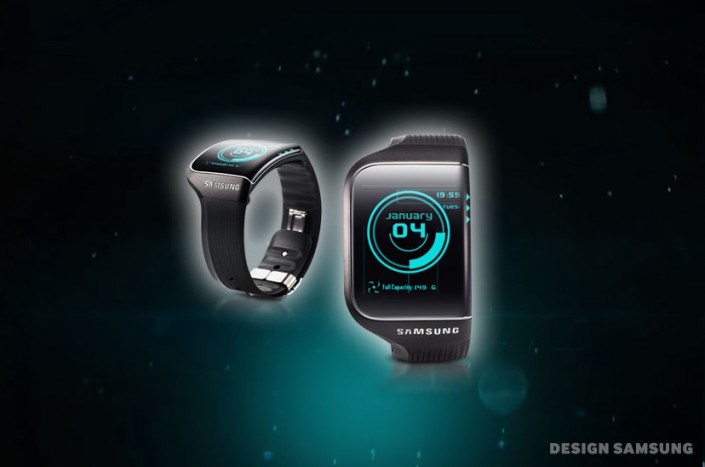 The watches worn by the rest of the crew (Captain America, Thor, Hawkeye, Black Widow and sometimes Bruce Banner) are interactive devices that allow team members to contact each other easily thanks to their flexible display edge. Selecting the icon of each member will enable instant video communication anywhere in the world. Each watch has sensors that monitor the wearers’ heart rate, body temperature and mental state in real time. With voice command capabilities, they can also relay battle tactics to help each other fight off killer android clones. The Avengers’ Bluetooth devices automatically activate when an incoming call is answered and place an earpiece in the users’ ears. 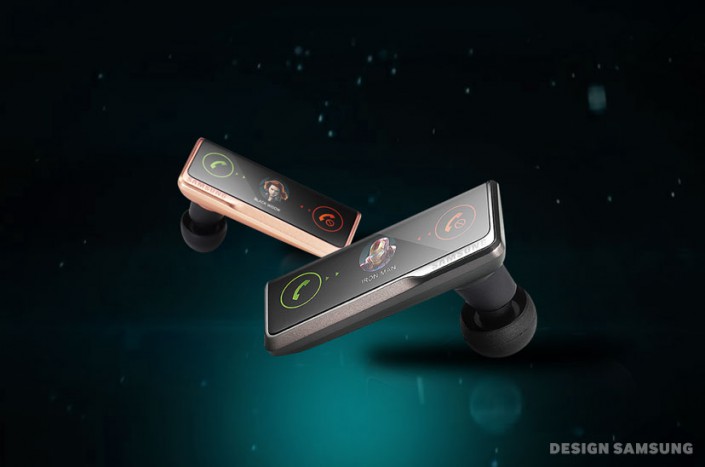 These devices were developed as prototypes for the movie, worn by the actors while filming and then later touched up with CGI by Marvel Studios.

From the outset, the designers at Samsung’s Top Secret Hero Testing Lab wanted to showcase the full potential of the company’s technologically advanced digital devices without distracting from the characters in the movie. To achieve this, Samsung had to create a unified theme in terms of design, color and materials. Meteorites were first identified as a motif for the ‘Metal of Power’ concept and were applied to the design of the devices. During the brainstorming for the design, Samsung also selected “Arc” as an additional keyword. Not only was it appropriate in conveying the flexible screen or the curved line of the Samsung Galaxy S6 devices, but it was also a reference to the Arc Reactor technology that sustains Tony Stark’s heart in the movie. 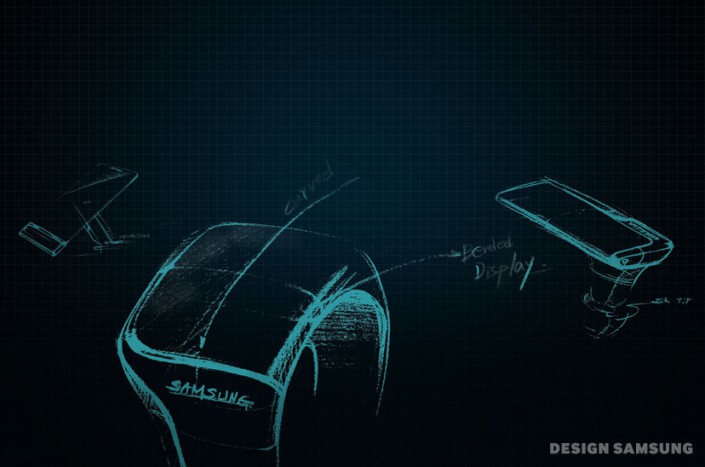 The Tony Stark device uses a high density laminated glass for maximum resolution and transparency. Since both the Avengers watches and Bluetooth devices are wearable devices, they were made from titanium, metal known for being lightweight yet highly durable. Tony Stark’s device, however, is flexible with a screen that makes it possible to communicate quickly and easily with other team members. All three devices have bended glass incorporated into the design, and a user interface that makes the best use of this design breakthrough. To emphasize the curved screen technology (similar to the Galaxy S6 edge), other elements were reduced to a minimum on all three devices.

Of course, you may assume that all this is hypothetical, matching the fiction of a superhero movie. However, these devices are much closer to reality than you may think; the technologies shown in the Avengers movie are already being developed and refined by Samsung. The transparent screen on the Tony Stark Device, for example, is a technology that’s already proven and available. We only need to develop the frame a bit further, and work on making the device more hardwearing before bringing it to market.

The Value of Collaboration

This collaboration with Marvel Studios presented a unique opportunity to introduce Samsung’s products to a younger audience in a truly special setting. Instead of simply creating movie props and leaving it at that, we are reaching out to our audiences to show them our technological and design innovations.

There is little that is more enthralling than having an opportunity to imagine the future. For the designers and engineers at Samsung, the question of how users will interact with their devices in the future is, of course, of utmost importance. However, hypothetical scenarios and creative ideas without any real world applicability are not very useful.

That’s why the design of the Avengers themed devices is based on actual technology platforms, with just a few minor details added to make them fit the context of both the movie and real life situations. This is how Samsung imagines the future. This is how Samsung combines cutting-edge product performance with functions, solutions and ideas that bring imagination to life.

Samsung’s collaboration with Marvel Studios has given the company a unique opportunity to create designs for the future. As the legendary folk singer Bob Dylan so eloquently put it, “the true hero understands the responsibility that comes along with the freedom to dream.”