The Samsung was GALAXY S III announced on May 3, 2012 in London, UK. With a flurry of rumors hitting the web prior to the official announcement, it was plain to see that a lot of people were eagerly awaiting the GALAXY S III. Though some marketers might have been happy about the buzz, the engineers, it turns out, had a hard time with all the attention. 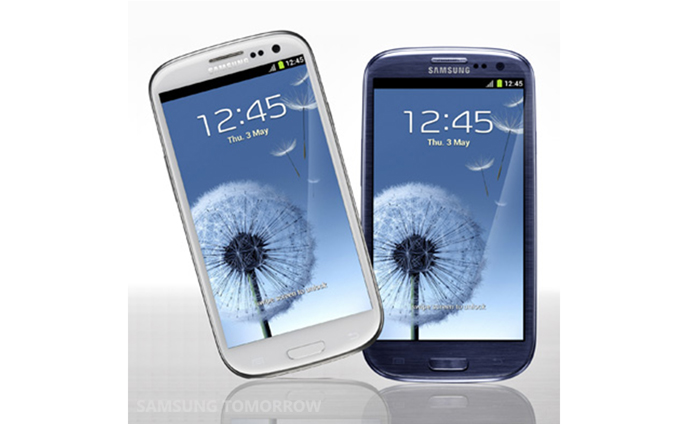 Just about everything about the GALAXY S III, including patents and technology used on the device, was top secret. Accordingly, the engineers agreed that security was among the highest priorities of the GALAXY S III.

No I can’t tell you that the GALAXY S III is … @#$%^&*!
In movies and TV shows, the classic predicament of top-secret agents is the need to keep their identity secret – even to close family. Many engineers found that working on the GALAXY S III led them into living a “double-life”.

“I got so many questions about the GALAXY S III from friends and family”, said Senior Engineer YoungDoo Jin (S/W R&D).  “But I’d say ‘don’t ask me or you’ll get me fired.’ I told them to check it out after it was officially made public.” Thankfully, the people around him were understanding and cared enough to respect his work.

Principal Engineer ByungJoon Lee (Mechanical R&D) was also grilled by family members.“My eldest son is in 6thgrade,” he shared.“He knew that I had worked on theGALAXY S and S II.So I guess he assumed that I’d do S III also. Every time he saw an article on the internet about the GALAXY S III he’d ask ‘Dad! You’re making the S III, right?’ But all I could say was ‘I don’t really know.’ It was really awkward.” 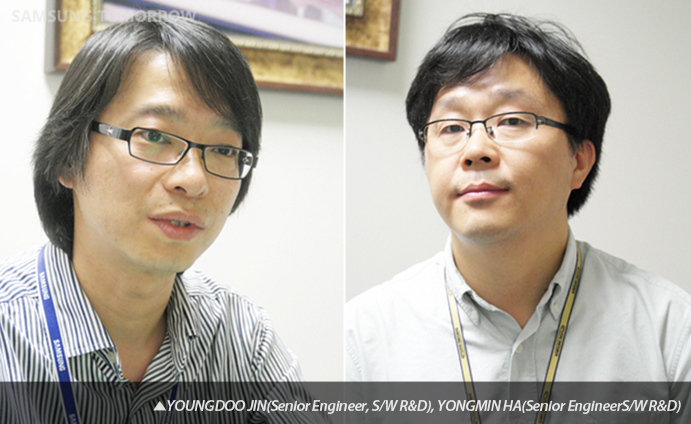 While his peers shared how sensitive they were about the issue, Senior EngineerYongMin Ha (S/W R&D) simply laughed.“I love my wife and my adorable kids. But I just never told them about my job from the beginning. Haha.”

For Your Eyes Only..
Yes, security is always important and Samsung runs a tight ship when it comes to information security. However, it was a bit more special for the GALAXY S III. For other projects, there’s usually a lot more teamwork. When a problem pops up, or when somebody gets stuck, everybody in the team gets an opportunity to chip in and help resolve the issue. But not for the GALAXY S III.

There was a separate labwith security cards, fingerprint readers and everything,designated only for the few that were approved for this top-secret project. Prototypes were put in security boxes to be moved, even just across the hallway, to prevent passers-by from catching a glimpse.

Deliveries of prototypes to partners and suppliers abroad weren’t outsourced to 3rd party logistics services as is usual practice, but were done in person. People in charge had to do a multi-country tour just to deliver prototypes, and testing procedures were monitored day and night to make sure no leaks in security occurred.

For security reasons, taking pictures was, of course, not permitted. This caused headaches for a lot of different teams, as you can imagine.

“Because we were only permitted to see the products and others weren’t,” explained Principal Engineer ByungJoon Lee (Mechanical R&D),“we couldn’t send pictures or drawings. We had to explain the GALAXY S III with all sorts of words. The Procurement Department had to set a price for the GALAXY S III and purchase the materials based on our verbal explanations. It was hard for everyone I guess.Hahaha.”

Dummy boxes and multiple prototypes
Generally, the design is settled on first and then engineers get to work to realize the product on schedule. However, development of the GALAXY S III was a totally different story.Therewere three different prototypes to avoid any design leaks. All were made like final products. This meant making three totally different, continuously changing models in the same time frame.Engineers had to repeat the same process for all three types.

“I was in charge of the antenna,” said Senior Engineer BeoungSun Lee (H/W R&D). “Generally, we manufacture the antenna based on the final design and request for authorization. However, for security reasons, we had to make the antenna over and over. We had to come up with a new antenna every time the new design came out. To be honest, it was quite tiring and frustrating”.

WooSun Yoon(Principal Engineer, H/W R&D) agreed. “There were many prototypes and yes,it takes more time and effort to make more working prototypes. It’s even more difficult when you’re sending those to different places for testing and yet at the same time hiding it from everyone. Time constraints pushed me to take a lot of helicopter rides back and forth. I’m glad we were able to keep the new GALAXY S IIIunder wraps to the end, but I can’t stress enough how hard it was.” 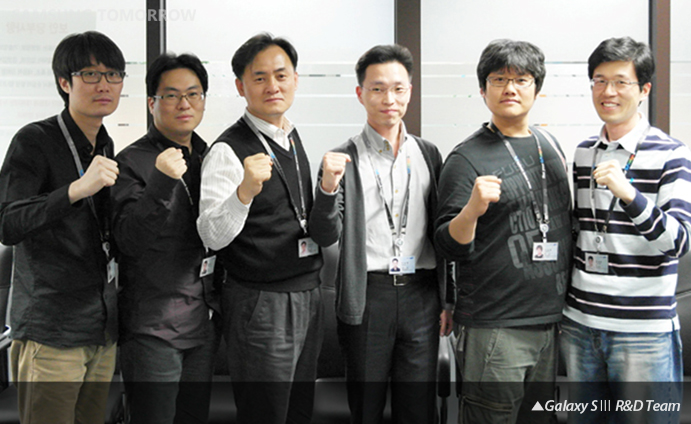 Principal Engineer WooSun Yoon (H/W R&D) also told us how disguises were used. “We had to make three types of the GALAXY SIIIto prevent the design from leaking. And on top of that, whenever any of these had to go out for testing, we put them inside ‘dummy boxes’, which are cases that hide the design of the device, to disguise it. Even if people, inside or out of the campus, saw the device, I doubt they would have known what it was.”

The Samsung GALAXY S IIIimpressed the world yet once again on May 3rd. The engineers deserve a lot of credit not only for making such a wonderful device, but also for all their efforts to keep the information secret. Next time we’ll explore a few more episodes regarding the development of the GALAXY S III.