Star magician Dynamo has released a series of seven incredible new illusions for a new campaign in which he promises to help people add a bit of magic to their selfies, by revealing the secrets behind each picture for the very first time.

From floating above the London skyline using an umbrella to shrinking yourself to the size of a pint glass to jumping crowds of people on a pedal bike – the series of clever illusions plays with perspective and perception to create a stunning series of shots which the magician insists anyone can achieve.

The S7 Everyday Illusions project uses a mixture of “forced perspective” techniques, combined with everyday items and a handful of simple, easily-made props to create the series of mind-boggling shots.

The pictures were designed by the illusionist to showcase the astonishing camera capabilities of the new Samsung Galaxy S7 which launches on Friday this week. Each of the images were designed by Dynamo on – and shot using – the phone, and the accompanying video provides a step-by-step guide to achieving similar effects at home. 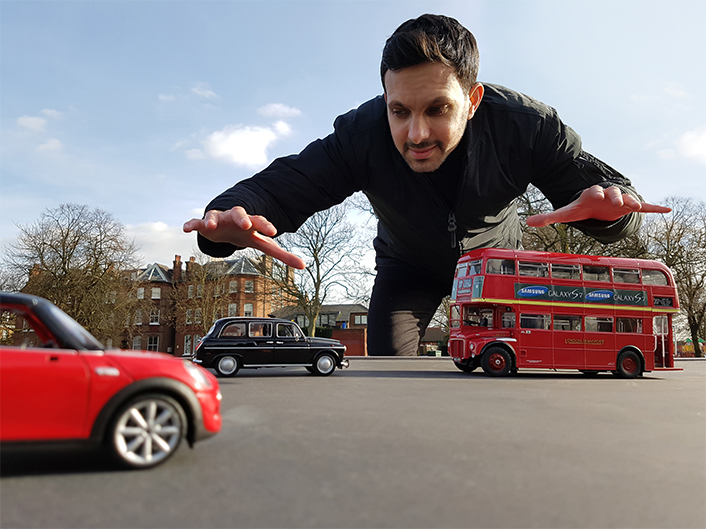 ILLUSION 1 – GODZILLA – Dynamo appears to tower over a London traffic scene. We created a miniaturised London road with some props to create a forced perspective illusion that really makes you look twice 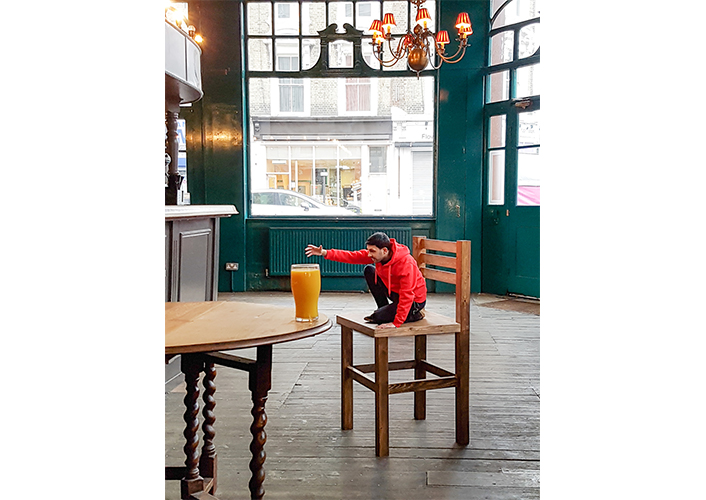 ILLUSION 2 – THE PUB CHAIR – This illusion uses a simple chair prop. The seat of the chair is actually a separate component which is put further back in the shot which when lined up makes whoever is sitting on it look tiny 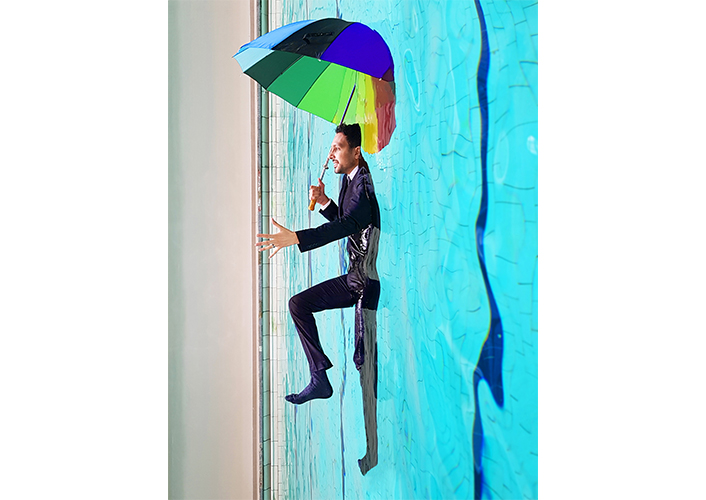 ILLUSION 3 – WALL OF WATER – I wanted to try a really cool shot using water, and just by flipping the orientation of the image, I was able to create this incredible image of me walking out of a wall of water. 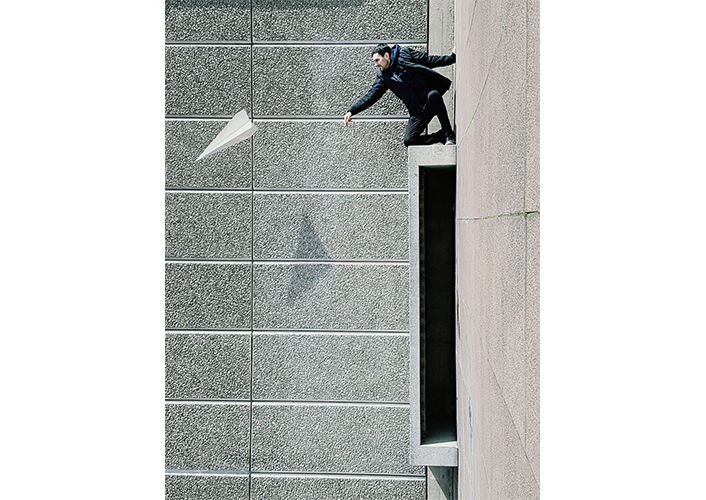 ILLUSION 4 – THE MATRIX – Creating the illusion that you are standing on a ledge is all about finding the right location, in this case, a concrete bench. The paper aeroplane really adds to the shot casting shadows and confusing the orientation.  This shot was caught by using the super-fast focus on the S7 to capture the plane in flight 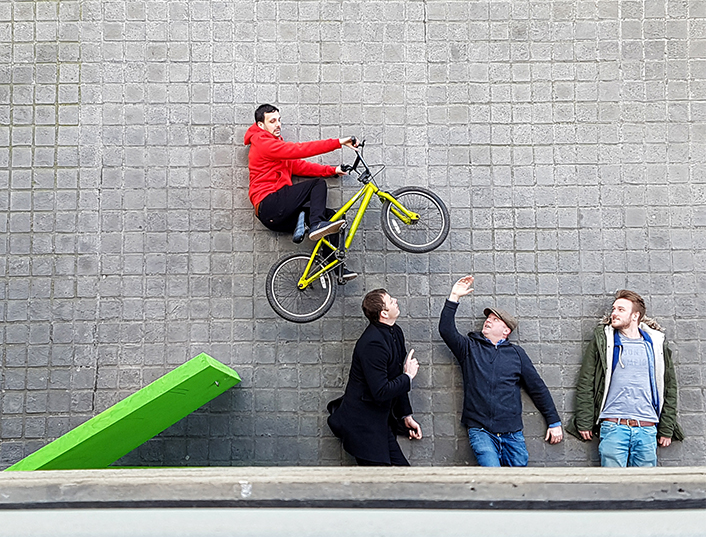 ILLUSION 5 – BMX JUMP – When I was younger I used to be into BMXing. I’d try loads of crazy scores but I wasn’t that good at it. But using some very clever camera work, you can actually become the ultimate extreme sports star – all you need is your imagination a birds-eye view 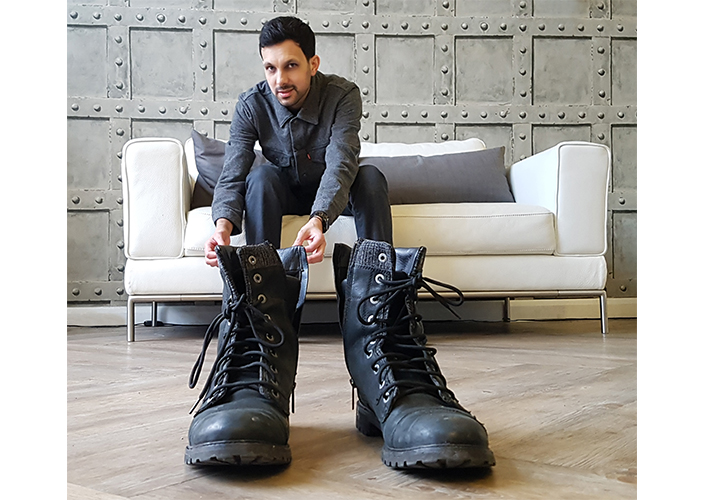 ILLUSION 6 – BOOTS – this is by far the easiest illusion of the set but it’s still brilliantly effective and very easy to create, shooting from a low angle and positioning the boots to line with your feet – simple! 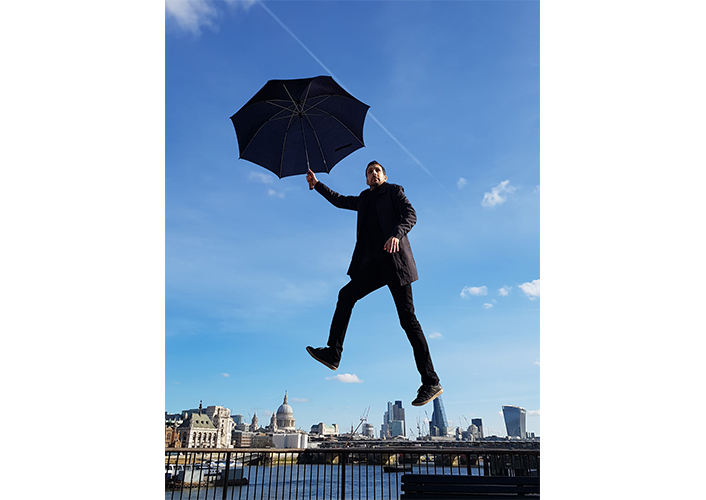 ILLUSION 7 – MARY POPPINS – This shot showcases the super-fast shutter speed of the S7 – if you haven’t guessed already this involves a trampoline a decent stretch of sky and trying to look like you are walking rather than jumping! Having a ‘burst mode’ on your camera phone really helps as one out of 10 shots will achieve the right effect

Dynamo, who has captivated millions with his incredible feats on TV series Magician Impossible and is currently on a sell-out arena tour of the UK, said:

“Ever since I was a child, I have been interested in looking at the world in different ways.​ I have always been fascinated by the fact that a simple twist on perspective can completely affect our perception of an image. I wanted to play with this concept for the Everyday Illusions pictures.

“They say magicians should never give away their secrets – but for one time only, I wanted to create a series of illusions that anyone can create and show you exactly how to do it.

“The pictures highlight the incredible resolution and focus of the new Samsung Galaxy S7 phone. The Images are forced perspective alongside a few simple props to create mind boggling illusions which I believe anyone can achieve​with a little time and imagination.”

“We challenged Dynamo to create some photographic magic which would show off the Samsung Galaxy S7’s advanced camera functionality and we have been delighted with the results.  The pictures and accompanying behind the scenes video for the Everyday Illusions project were all shot using our new S7 phone and clearly showcases the incredible new features including our the improved low light camera, super-fast shutter speed and even quicker auto focus – essential for capturing incredible images like these ones.

We want to empower consumers with technology to help them get more out of life and will continue to push the frontier of what’s possible, I believe Dynamo has taken that ethos and run with it for this unique series of shots which show the brightest, sharpest of images are now within anyone’s reach.” 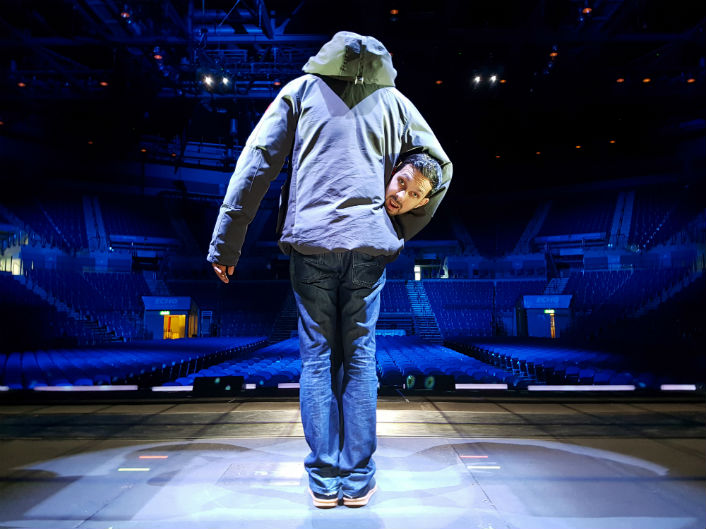 BONUS:  STAGE FACE – Dynamo shot a final ‘Bonus’ illusion he has called ‘Stage Face’ – onstage during his tour at the Liverpool Echo Arena

Dynamo – who has just announced three record-breaking dates at London’s 02 Arena – will be working with Samsung to stage a series of secret “pop-up” style magic performances to mark the launch of the Samsung Galaxy S7 over the coming weeks.