Over the coming days, Samsung Tomorrow will be featuring a series of editorials by some of the leading designers and engineers who made the Galaxy S6 and S6 edge a reality. In the second installment, Heung-Sik Jung, a Camera R&D Engineer, discusses the latest specs on the front and rear cameras.

Using the camera is one of the top three functions for smartphone users, along with making calls and browsing the internet. Users usually produce most of their content with their smartphone camera. Because people are increasingly using smartphone cameras in situations in which they previously used a digital camera, they have become more demanding about smartphone camera features.

Many people expect high-quality shots even in low light, while others want cameras that can take good photos while on the move. In addition, consumers constantly share pictures and communicate through social media. With all these factors in mind, we came up with a camera for the Galaxy S6 that more than satisfies users’ needs.

As smartphones and the use of social media become more and more widespread, the culture of taking selfies has now grown into a social phenomenon. In order to meet the demands of users, the size of the image sensor of the front camera on the Galaxy S6 is 1.4 times larger in size compared to the Galaxy S5 and the Galaxy Note 4. The camera resolution, 5 megapixels, is also greater than previous models. This is the first time that we have enlarged the sensors. Until now, we increased the resolution while minimizing the sensor size because of the trend of thinner and lighter smartphones. But this time, we focused on gaining resolution with bigger sensors. We also considered the fact that users take a lot of selfies with front cameras.

Read Part 1: [Editorial] Starting at Zero: The Story Behind the Design of the Galaxy S6 and S6 edge

We managed to increase the camera sensor size while maintaining its overall thinness. The sensors on the rear camera could not be increased without making them any thicker. So instead, the rear camera lens was built with a lowered f-value (aperture value). The Galaxy S6 can take high quality dark shots as well as brighter shots since it can gather more light in the same situation with the improved aperture value. In addition, the shutter speed is quicker so that people can take pictures of whatever moment they want. Moreover, the software algorithm has been improved to provide photographs with higher definition.

The Galaxy S6 was the first to apply Auto Real-time HDR (High Dynamic Range) on both front and rear cameras. HDR is a function that merges images with different luminance into one. In a picture, the bright part may be blown off or the darker part may appear even darker. The HDR helps overcome such limitations. However, the way the previous HDR worked was by developing one image by merging separate images with different levels of brightness. Since this method required processing time, the user could not check the results instantaneously. In addition, the HDR technology could not be applied to video filming. 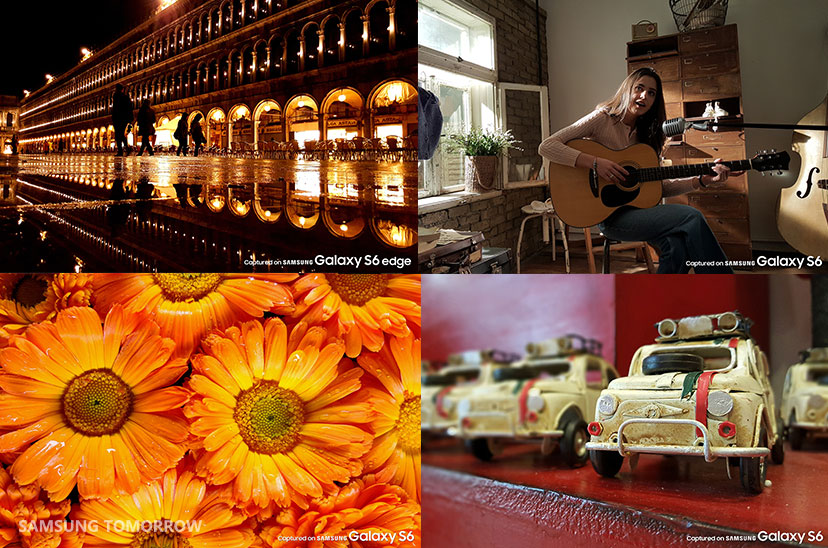 The Auto Real-time HDR allows real-time adjustments of light and dark spots for a balanced result. With photos and videos, users can check the images on the spot since there is no processing time required. Users can take pictures quickly without missing the important moments.

In particular, the Auto Real-time HDR proves its true merits when filming videos because it efficiently adjusts various levels of brightness while filming in different spaces. Moreover, the Galaxy S6 added the Low-light Video function as well as the Optical Image Stabilizer (OIS). Under dark conditions or when shooting nightscapes, the Low-light Video function comes into action and raises the brightness, while the OIS modifies shaky videos due to hand movements. 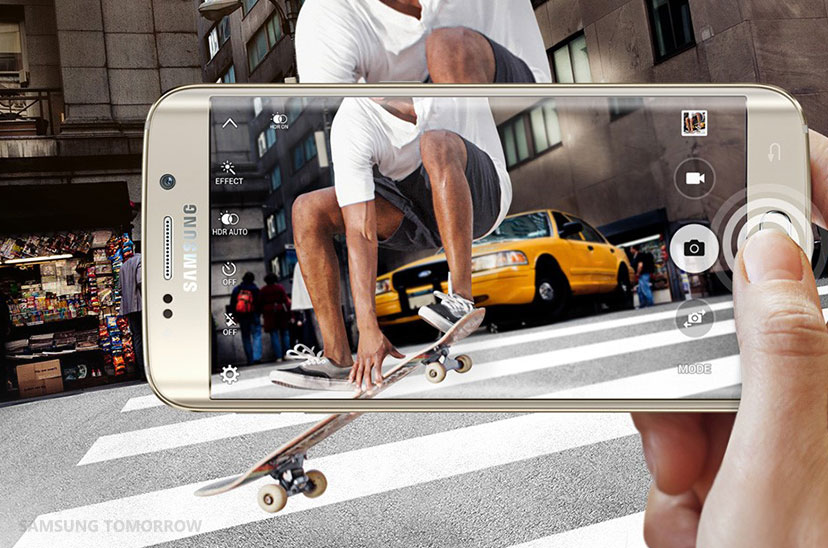 Of course, not all smartphone users have an expert-level of knowledge of all the features of the camera. However, users want to be able to capture the beautiful moments of their everyday lives with high-quality pictures and videos, even if they don’t have expert knowledge of their phone’s features. The Galaxy S6 allows users to take high quality pictures at any time by simply pressing the shutter, without having to consider any background factors or conditions. The ‘Pro Mode’ is an option for those who want to control specific camera settings, satisfying users with professional knowledge over cameras.

How will the mobile camera trend evolve? The main focus will shift from pictures to videos. The OIS (Optical Image Stabilization) in Galaxy S6 and S6 edge was significantly improved, and shooting videos with difficult lighting will be easier with Auto Real-time HDR. Enhancement in the Low-light Video feature and image algorithm allows users to get excellent, brighter videos in low-light settings such as cafés or even in nighttime settings.

[What Comes Next?] Camera on Samsung Galaxy S6