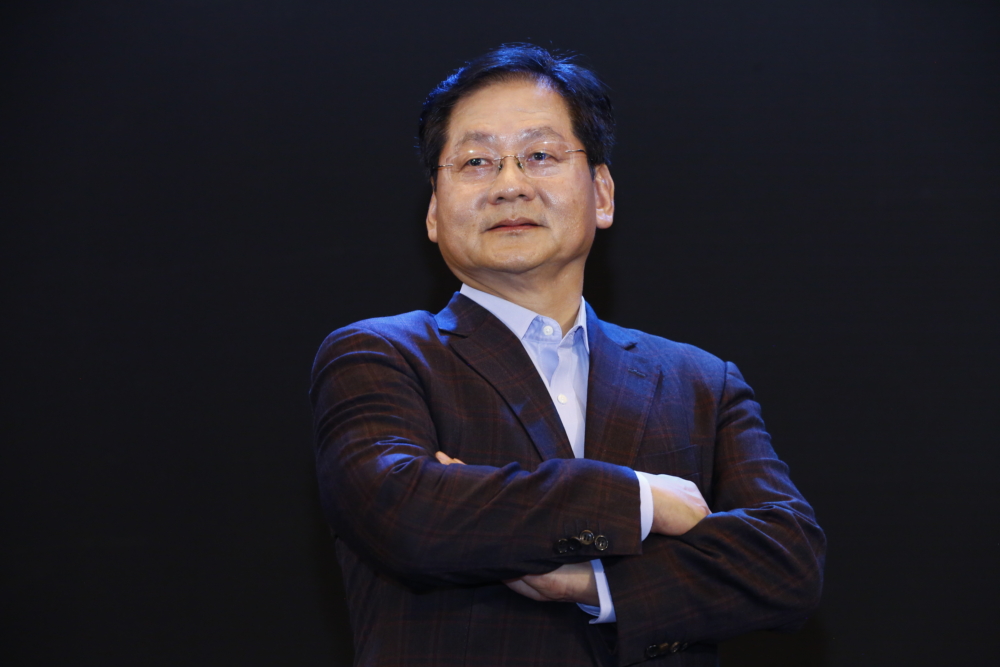 163 zettabytes (ZB) is the amount of data expected to be generated worldwide by 2025, according to market research firm IDC. Within the span of just a decade, data produced by humankind will see a tenfold increase, which means we will see more data created in the next couple of years than has been accumulated over the past decades.

As more and more data is collected, we are able to access the information we want and enjoy high-quality content anytime, anywhere. Advancements in 5G, AI and 8K technologies, in particular, are further enriching people’s lives, resulting in the generation of a colossal amount of data on a daily basis.

Most electronic data is stored in data centers which are often called “archives of human knowledge”. Data centers consist of a massive network of servers and are the epitome of cutting-edge information technology. The operation of data centers, naturally, requires a massive amount of electricity, and this is where the potential for the future of energy-efficient memory technology lies.

HDD or SSD is where data actually gets stored on servers. SSD is a NAND flash memory-based storage device and it delivers higher performance than disk-based HDD while using 50% less energy. With recent developments in technologies, DRAM needed for computing has also been optimized to perform better and consume less electricity.

Replacing HDDs with SSDs across all data center servers released in 2020 can be translated into saving 3 terawatt-hours (TWh) of energy per year. Upgrading server DRAM  from DDR4 to the new DDR5 has the effect of saving 1TWh. These power savings amount to 4TWh, which is large enough to light all the street lights in Korea for an entire year, or power all homes in the country for a month.

Furthermore, additional electricity is required to cool down the tens of thousands of servers hard at work. That is why many data centers are located in Finland, Sweden or Ireland, to give them access to the cooler air and sea water needed for cooling. The less energy used in data center operation by adopting more SSDs and DDR5, the less heat generated, which ultimately leads to less electricity being needed for the cooling process. A total of 3TWh of electricity can be saved per year by following this process. A combined energy saving of 7TWh is enough electricity to replace 2.5 coal-fired power plants. The growing demand for servers driven by rapid growth in data and continued semiconductor innovation are placing a heightened importance on energy-efficient memory solutions.

Our Vision for a Sustainable Future

When the Paris Agreement was signed to fight climate change in 2015, an international environmental organization singled out electricity as the main culprit of global warming in its report, claiming that the energy sector is responsible for 72.1% of global greenhouse gas emissions. They urged the IT industry to join its efforts in reducing energy consumption given that energy consumption in data centers and networks was forecast to soar.

Samsung Electronics has long been aware of the value and potential of energy-efficient memory. Since it launched its “Green Memory Campaign” in 2009, it has been introducing memory solutions with maximized energy efficiency year after year as a part of its commitment to contribute to environmental protection.

In addition, our various sustainability initiatives across manufacturing processes and site operations have been recognized. Samsung Electronics became the first company in the semiconductor industry to earn a number of environmental certifications, including the Carbon Footprint and Water Footprint Certifications and the Zero Waste to Landfill Validation of Gold Level.

The path ahead for Samsung Memory is clear: to produce high-performing and energy-efficient products, and in turn, to empower all users to take part in saving the planet.

As a decades-long global IT leader, Samsung Electronics will continue to work for a more sustainable future as we explore new and innovative approaches to protect our planet.