Samsung Electronics President and General Manager of Networks Business Youngky Kim gave a speech at the Global ICT Summit in Tokyo on Tuesday, June 9 entitled Network Vision for IoT. This editorial is based on Kim’s speech. 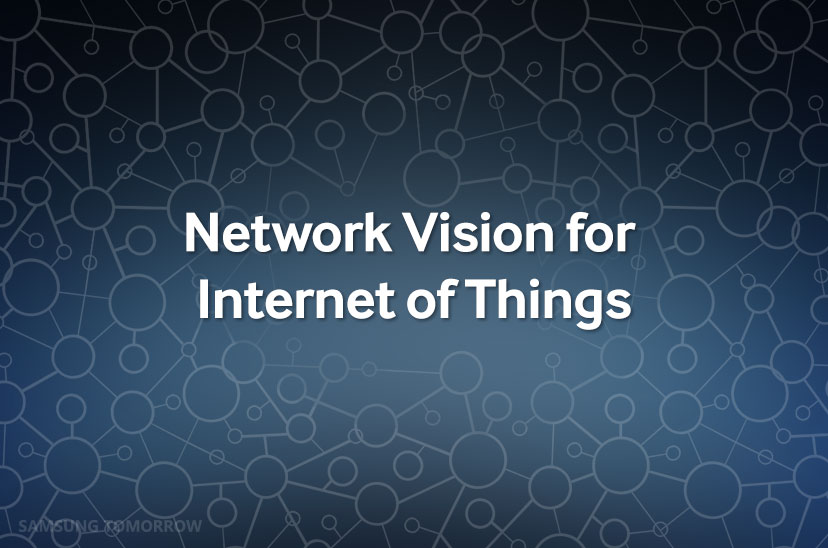 We will continue working to develop technologies that will make the world a simpler, more convenient place to live. We believe that in the IoT era, all things will get smarter and all things will be connected and automated, with a focus on making things more convenient for human beings. We have identified four keywords that sum up our approach to IoT era: human-centric, openness, connectivity and security.

A human-centric IoT means automated cash registers at supermarkets to increase efficiency and cut down on customers’ wait times. It means families in which both parents work enjoying more free time together while a robot vacuum does the housework. These are technologies that are based on necessity. IoT is something that can enrich our lives.

The Internet has connected nearly all people on earth – our vision for IoT is that it will connect nearly all “things” on earth. Devices from all different platforms should be connected. Rather than adapting to a certain organization or company’s standard, expansion of the ecosystem in the industry has to be promoted. We have to encourage investment in startups and developers with innovative ideas. In order to achieve our vision to provide a variety of services that are valuable to our lives, it will require active cooperation across sectors. This will allow Smart Homes, Smart Healthcare and Smart Buildings and more, to be realized.

In the IoT era, the importance of security cannot be overemphasized. We face critical challenges in protecting our personal information. We will have to establish technical solutions while also reinforcing policies that will ensure security and privacy.

When various objects in the home become connected, the number of connected devices will grow faster than we can imagine.  This will also result in a change in network traffic patterns. While smartphone traffic use is governed by the number of users, which is manageable, IoT traffic is the result of various devices sending and receiving back and forth. There is no limit to how much traffic could grow. It will also be difficult for us to predict patterns in IoT data, because we expect that natural disasters such as wildfires will cause spikes in IoT data, unlike smartphone traffic, which is predictable by the time and location.

The IoT era will also cause drastic changes in cellular technology. The current 4G system is optimized for smartphone connectivity, however 5G will reflect the demands of the IoT era and the dynamic traffic patterns that go along with it. I expect that in the IoT era, all things will be connected at all times, whether fixed or mobile through seamless connection via Wi-fi, NFC and ZigBee indoors and cellular networks outdoors. In the IoT era mobile network itself and mobile service providers will play an even more crucial role.

Samsung Electronics is making every effort to contribute to a human-centric IoT service and to expand the open ecosystem at home and abroad. SmartThings is an IoT-Open Cloud Platform that enables users to have the control over home appliances. Currently, the SmartThings platform offers services in which Samsung’s air conditioners, washers and robot vacuums can be controlled by a remote. It can also let you know when the refrigerator door is open. In the spirit of openness, Samsung will continue to develop SmartThings as a platform by connecting our products and the products of other companies.

Samsung has developed a set of tools that are now available for developers. SIMBAND is a modular sensor platform that can be inserted into wearable devices, which will allow users to measure heart rate, perform electrocardiograms and record calories burned. SAMI is an open cloud server platform that stores and secures the data provided by users. Last but not least, ARTIK is a comprehensive IoT Developer Platform encompassing a Hardware Development Kit as well as Software Development Kit, consisting of an Application Processor (AP), memory chip, communication chip and sensors as one system. With these open platforms, Samsung is making a contribution to the vitalization of IoT.

Besides Samsung, a number of companies and standard organizations have presented their own platforms. As part of our endeavors, Samsung is planning to support interoperability with other companies. In addition, we are looking to invest in developers and startups and to advance our IoT platforms to give them more opportunities.

While cooperating with companies in the electronics industry, we also have entered into partnerships with BMW, Volkswagen, Nike and others. Also, there are dozens of IoT services that have been created to increase public safety, designed with the common good in mind. These are available for local governments to use.

New Possibilities for Public Service, Smart Buildings and the Olympics

With consideration for the safety of citizens and common good, there are dozens of IoT services that can be provided publicly by the government. Examples include a service that provides open-air pollution levels by measuring the amount of micro dust in the air in each community. There is also a service that helps users stay safe while hiking, by analyzing the history of wildfires and the current dryness of the air to predict the likelihood of another wildfire.

Another concept is the Smart Building, which will make offices go completely wireless by applying advanced cellular technologies such as 5G/LTE-U in the building. Smart Buildings will see all devices connected to one another for increased efficiency and convenience.

In 2020, the Olympics will be held in Tokyo. I think that the Olympics will mark a significant milestone where IoT services that we can only imagine today will be realized. Just as we’ve seen in sci-fi movies of decades ago, many of the things we could only imagine back then are now part of the present. We are, in a sense, living in the future we envisioned in the past. What we imagine today in 2015 will become a reality someday as well.

The Next Big Thing, the IoT era, is well on its way. It will create new possibilities and values for us all. It is up to us to unlock them. Let’s create the future together.