Everything you need to know about Samsung’s newest NFC

From gaming to fashion, NFC can make things much cooler; it works like magic. Recently, Samsung introduced its newest version of this magical NFC, S3FWRN5. Since the magic is out, we are going to reveal its trick. Here is what NFC is all about.

NFC is Radio-frequency identification (RFID) based non-contact communication method that utilizes a low frequency of 13.56MHz. It also uses the half-duplex method, which means two parties can communicate to each other, but one at a time; it can send and receive data, but not simultaneously. 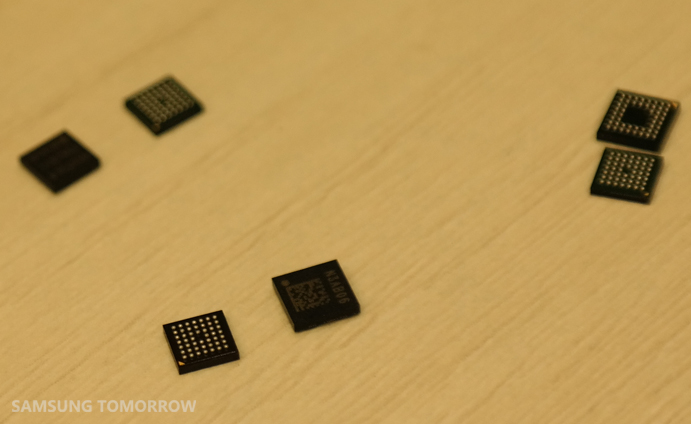 This is the main reason NFC can communicate with other devices or things by just touching them together or bringing them into a close range of no more than few inches.

The most distinctive characteristic of NFC is the fact that it can wirelessly transmit small amount of data only within a close range while other methods, such as Bluetooth and Wi-Fi, have a wide transmit range of up to 10, even 100m.

So why would you use NFC over Bluetooth or Wi-fi? First of all, because it has such a close transmit range, it is less vulnerable to data hijacking; it is more secure.

It is convenient as well. As you know, Bluetooth or Wi-fi requires a pairing process, but NFC doesn’t; all you need to do is tag. Security and easy-contact are why NFC is widely used, especially in many Samsung products.

Samsung Galaxy SⅡ was one of the earliest Android devices to natively support NFC. Samsung has been researching and developing aggressively in the NFC and finally it introduced its 3rd gen NFC, S3FWRN5. This is featured in Galaxy Note 4 and Galaxy Note Edge devices.

The high RF performance is one of the things that makes the Samsung’s new NFC special. For example, NFC communicates through the magnetic fields created by the electric charges that pass the antenna’s coil. RF is what creates and processes these magnetic fields.

In smartphones, many metallic components can interfere with the magnetic fields, so it is important for NFCs to have high RF performance. 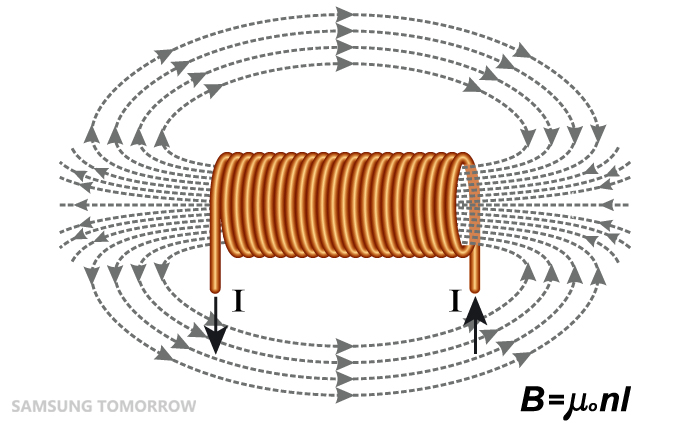 ‘Smart Antenna’ was one of the ways Samsung enhanced the RF performance of the S3FWRN5 S3FWRN5 has 30% smaller antenna to its predecessor which matters because it means more space for other specifications, less material and resources, and less power consumption. 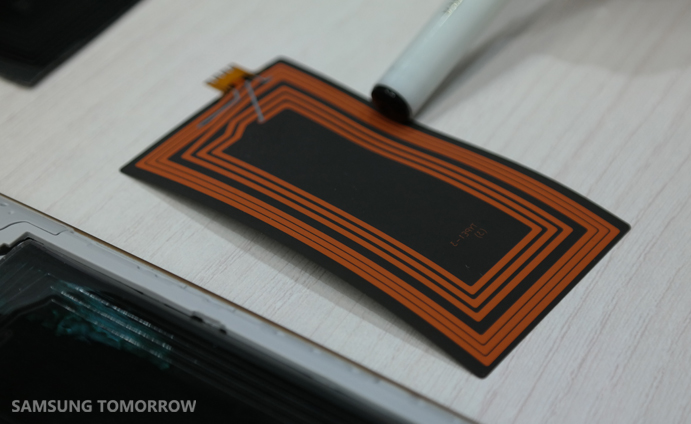 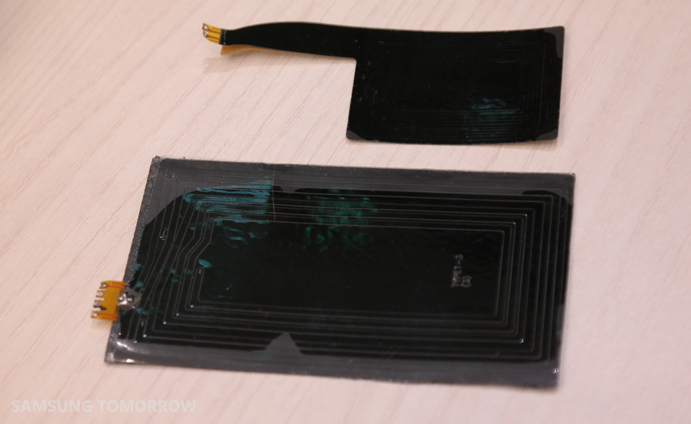 So what difference does the embedded flash memory do? Generally, the memory chip of the NFC uses ROM or EEPROM. With ROM (Read Only Memory), data is permanently recorded during the manufacturing process. To modify the data on ROM, it must be totally replaced, making the process heavier.

EEPROM can be written/erased in smaller units like byte or page, which makes it more versatile than ROM.

So all in all, by adopting flash memory, the S3FWRN5 allows easy and secure firmware updates without having to redesign the architecture. The e-Flash portion can be safely modified through firmware updates, when new features need to be added to the chip. This enables mobile device makers to reduce the development time in comparison to solutions based on ROM or EEPROM.

Security is enhanced as well. Since security plays an important part of smartphone experience, Samsung also wanted to make the new chip much secure. Samsung has implemented its experience and knowledge of security technology to the new NFC chip. Samsung has also optimized the NFC firmware and middleware of the NFC to facilitate the data exchange between the software of the smartphone and NFC. Moreover, the firmware supports the latest industrial specification (due to the advantage of the embedded flash memory we spoke above). Also it has several features to be compatible with various payment technology such as HCE (Host-based Card Emulation).

The S3FWRN5 is also equipped with Samsung’s low power sensing (LPS) technology, a newly optimized algorithm to sense the signals at the lowest possible level of power consumption by both the firmware and the hardware. This allows it to reduce the power requirements approximately 25 percent when compared to Samsung’s second-most-recent NFC product. 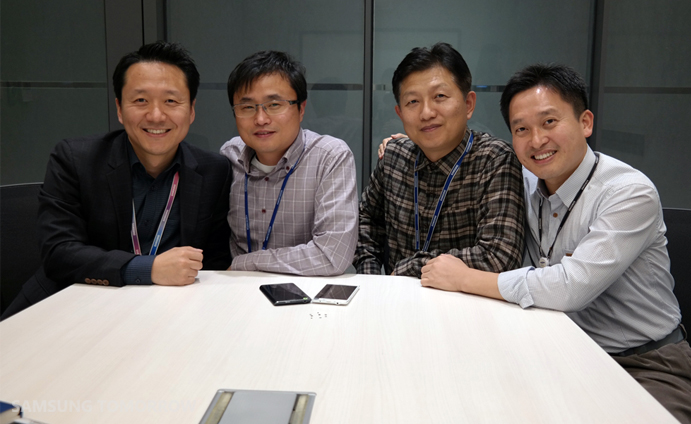 As Samsung looks to expand the utilization of NFC through its new NFC by making it universally compatible with contactless NFC readers and NFC tags globally, the new NFC solution has already obtained several NFC certifications across the world, which were awarded by reputable organizations, such as Europay, MasterCard, Visa (EMV), Softcard, Yikatong, China UnionPay, China Mobile Communication Corporation (CMCC), KSCC, AQ and the NFC Forum.

This is about it for the tech under the hood for NFC. Stay tuned for examples on where NFC is used and feel free to share your questions and/or comments about NFC in the comments section below: