[Faces of Innovation: Galaxy S7 & S7 edge] Why We Made the Galaxy S7 and S7 edge Water and Dust Resistant 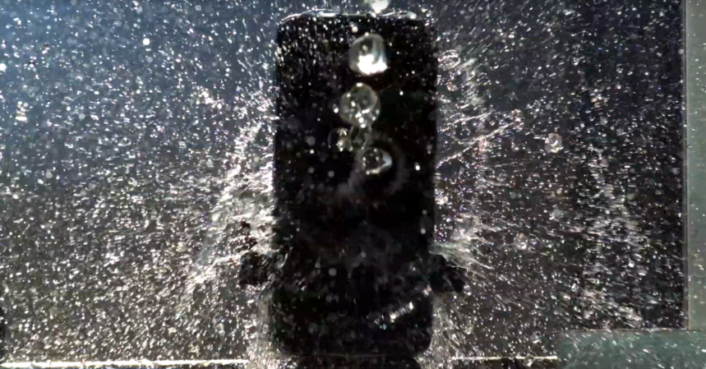 The Galaxy S7 and Galaxy S7 edge are designed to be water and dust resistant, so that it can join you wherever you go – through rain or shine. The new feature solves one of the biggest pain points of mobile devices, yet developing this innovative technology and applying it in a way that maintained Samsung’s design heritage was no easy feat.

Suk Chul Park and Jong Min Choi, senior engineers of the Mechanical R&D, Mobile Communications Business, explained what went into developing the device’s water and dust resistant feature, as well as the challenges and rewards that came along with the process.

(From left to right) SukChul Park and Jong Min Choi, senior engineers of the Mechanical R&D

Q. What differentiates a water and dust resistant phone from other devices on the market?

Jong Min Choi: Normally, when a mobile phone is exposed to water, the liquid leaks into the body, eroding its hardware and causing electrical shorts. These phones are designed with special materials or tapes that safeguard them when they are exposed to small amounts of water. However, these measures cannot protect them against larger quantities of water.

In contrast, water and dust resistant phones are equipped with a more advanced technology that prevents moisture from reaching their inner workings. This technology allows people to use the phone safely, even in very wet environments.

Q. What is most notable about the water and dust resistant features of the Galaxy S7 and S7 edge?

Suk Chul Park: Most other water and dust resistant phones come with bulky detachable covers or a clunky design, but the Galaxy S7 and S7 edge offer excellent protection without sacrificing the aesthetics of the phone.

To ensure exceptional water and dust resistance, we conducted rigorous experiments to find the right materials to seal the device’s USB port without using protective caps. We were looking to do this without compromising the devices’ compact look and feel.

It is definitely not easy to apply the water and dust resistant feature to s mass-produced flagship smartphone, but to design a metal-body phone without a cap was a huge challenge as well.

Q. What technology did you use to accomplish this?

Choi: To start, we looked at making potentially vulnerable parts more water and dust resistant. Non-corrodible materials like Nickel and Platinum were selected for frequently used parts such as an USB port or an earphone jack, not to harm the functionality.

Another point was to use special elastic material during assembly for sealing to block the moisture. When assembling individual parts like USB port, earphone jack or SIM card tray, there has to be a slight hiatus. Special silicon-type material is used to close that gap to prevent water from getting into the phone. 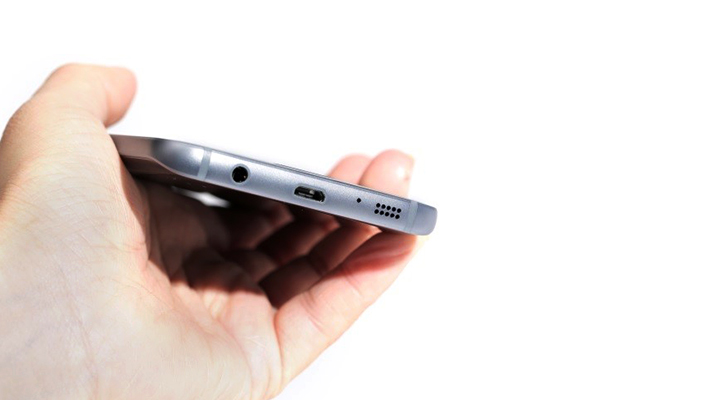 Q. What unique development challenges did you have to tackle when making the Galaxy S7 and S7 edge?

Choi: Finding the right liquid-sealing material was probably the biggest challenge. We needed a material that was fairly solid to repel water, but also flexible enough to function as a sealant.

We also needed it to be easily removable to allow people to make repairs to the device, and also to ensure it would not be affected by temperature and humidity changes. Finding the right materials involved a lot of trial and error.

Park: One of those efforts was to apply water and dust resistant feature within the limited bezel space in order to maintain its size.

In particular, the Galaxy S7 edge has an extremely narrow bezel and curved display which made it impossible to apply water protective tape around the edge. To maintain and highlight the curved display of the Galaxy S7 edge, a different approach was needed. The material and location of the water protective tape were changed and liquid sealing material was used for the curvy area and to connect the taped part. Also, curved display itself is made up with water resistant material.

Q. What did you need to do to enable functionality without negatively affecting the devices’ aesthetic appeal?

Park: Through our research, we were able to develop ultra-thin water protective tape that provides high levels of water and dust resistance. We also developed a special sealant that can protect against water in both flat and curvy parts of the devices.

Special connection technology was also used to seal the space between the device’s metal frame and plastic parts for the antenna placement, replacing the plastic resin method used in previous devices. We also used non-corrodible materials and an erosion-free coating to protect the exposed parts of the device from humidity. 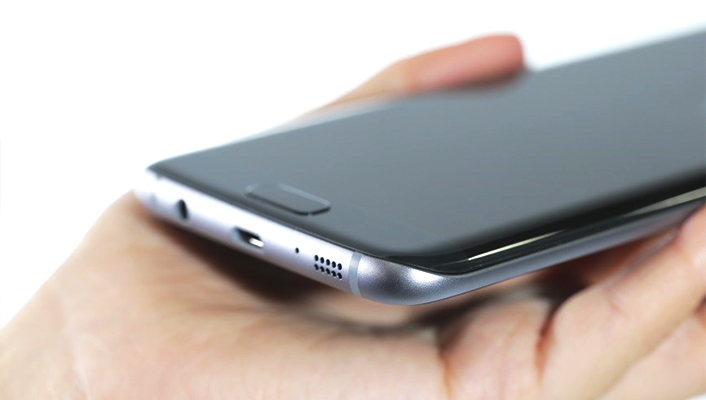 Q. Is it possible to use the Galaxy S7 and S7 edge underwater? Can users take them to the waterpark or the beach?

Choi: It won’t present any problems if you use these devices under fresh water for a short time, but it is recommended that you do so according to the product specifications. In fact, the Galaxy S7 and S7 edge are certified with an IP68 rating, which is the highest rating available for water and dust resistance of electronic appliance. However, ratings do not guarantee a device’s performance beyond the specified depth of water, or in liquids other than water.

We would recommend against using the phones for longer periods of time under high-pressure water taps, or in the ocean or other saltwater environments.

Q. What was the most significant moment for you personally during the development process?

Park: In the very first water and dust resistance tests, we actually failed a lot more than we succeeded. People from just about every department watched our tests, so it was a bit embarrassing. Some were skeptical about applying water-resistant features to the phones, but we saw a lot of hope in the success cases, and soon began to weed out the problems one by one until we finally got to IP68 standard.

Choi: We conducted so many experiments with so many materials that I started to have dreams about testing the devices! Ensuring durability for a device as uniquely designed as the Galaxy S7 devices was obviously going to be tough, but everyone was excited about the challenge. When the phones were revealed to the public, it was rewarding for us to see such an enthusiastic response to their water and dust resistance.