* Global Student Reporters’ comments are individual opinions and do not represent the official stance of Samsung Electronics.

Hi! This is Kyuna Lee, Samsung Global Reporter in Beijing, China.  When spring came to Beijing (北京), I got a chance to tag along with some Samsung Electronics volunteers and learn about their work.

We started off in Guomao (国贸), the central business district in Beijing where Samsung Electronics China is located. Our volunteers began their journey here! The final destination was Tongzhou (通州), located Southeast of Beijing. Tongzhou has seen rapid industrialization recently, but has yet to become fully modernized like Beijing. To help keep up with the growth, Samsung Electronics chose the Mingxing (明星)school in Tongzhou as the focus of their volunteer activity. 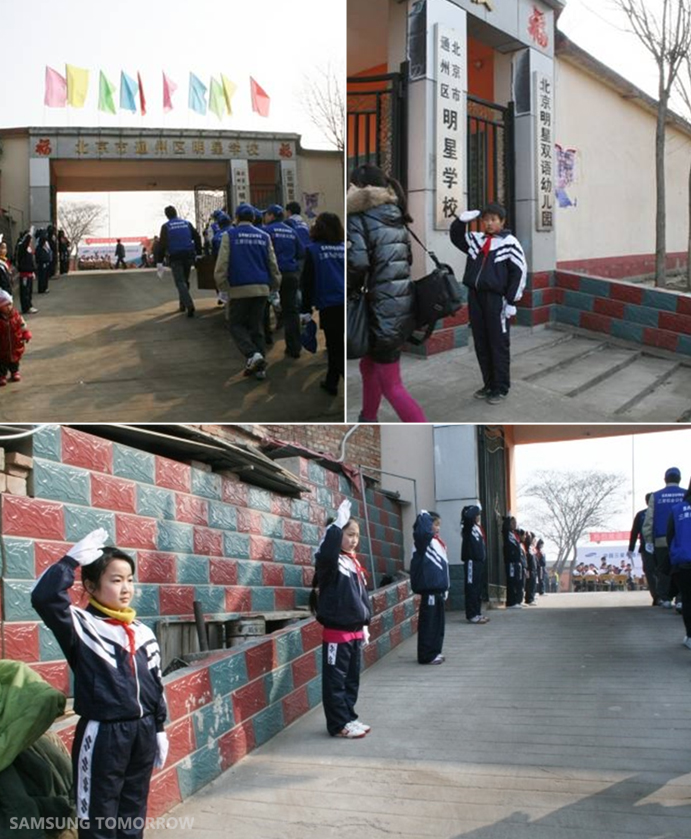 Going up and over hills and passing through narrow alleys, we finally arrived at Mingxing school. We were greeted by students in uniforms and red scarves, all of whom were proud to show off their school. The students were so cute as they welcomed us, even though it was easy to see that they were so nervous! 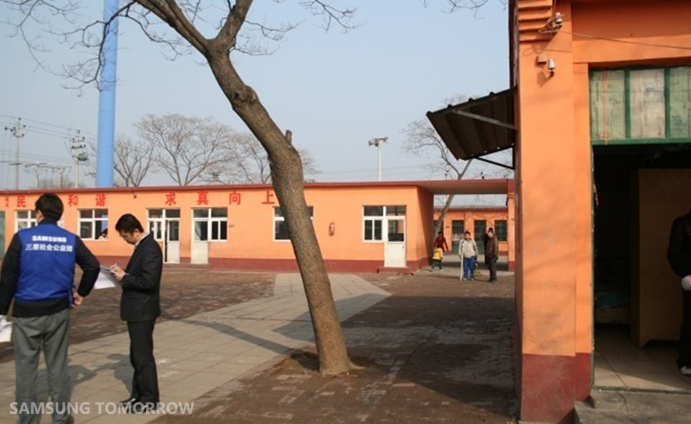 Schools in China are normally only one storey tall, and, Mingxing was no exception. Though the space was wide, it was obvious that there was work to do to help create a space for students to thrive. 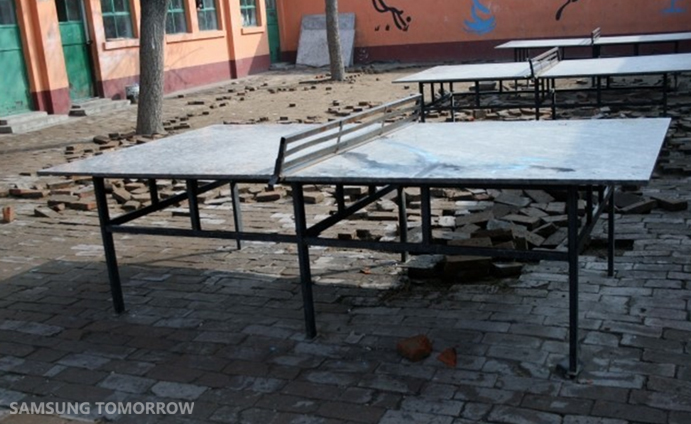 As you can see in the photos, a few old ping-pong tables were left behind the main platform, and the uneven ground was definitely a hazard for the young, energetic students. 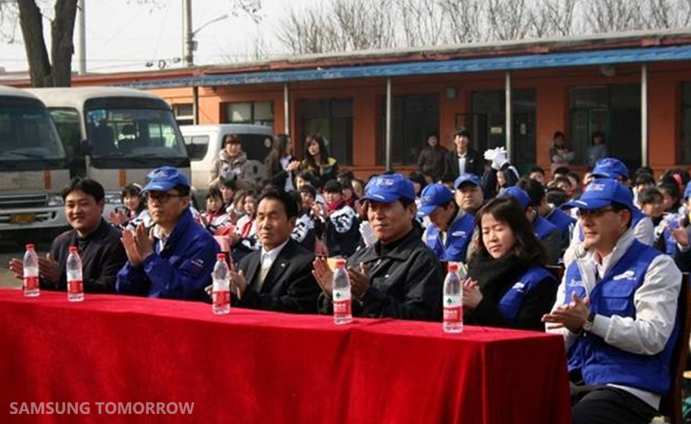 After students, teachers, and Samsung Electronics’ employees were seated, the principal of Mingxing and the President of Samsung in China, WonKie Jang, made speeches to celebrate the day’s events. 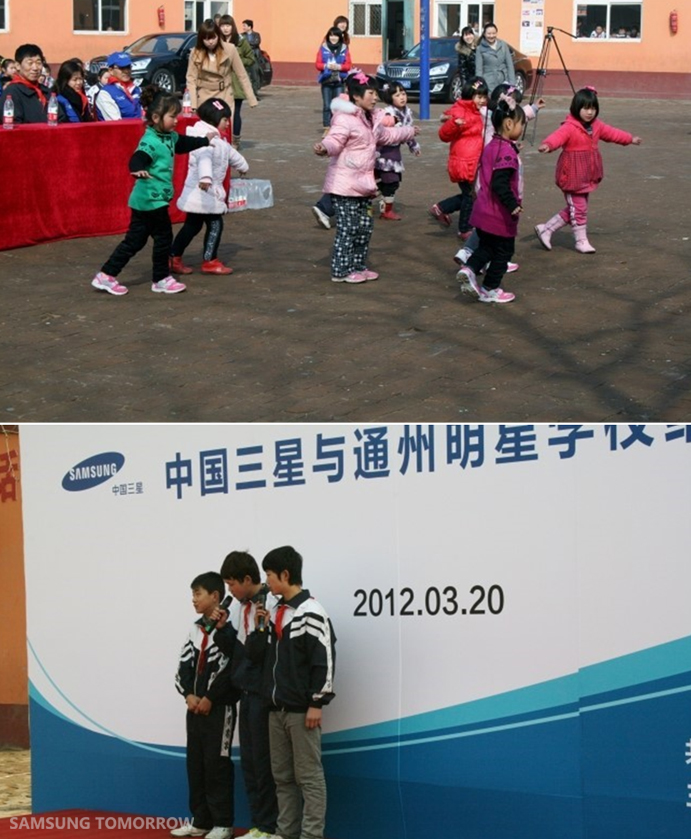 The speeches were followed by a heartfelt thank you from a student representative, and then student performances for the employees of Samsung Electronics. Three male students sang, quietly at first but gradually gaining confidence and becoming louder as they were encouraged by applause from the audience. Female students’ group performed next. I was touched when I imagined how much effort they put into the performance. 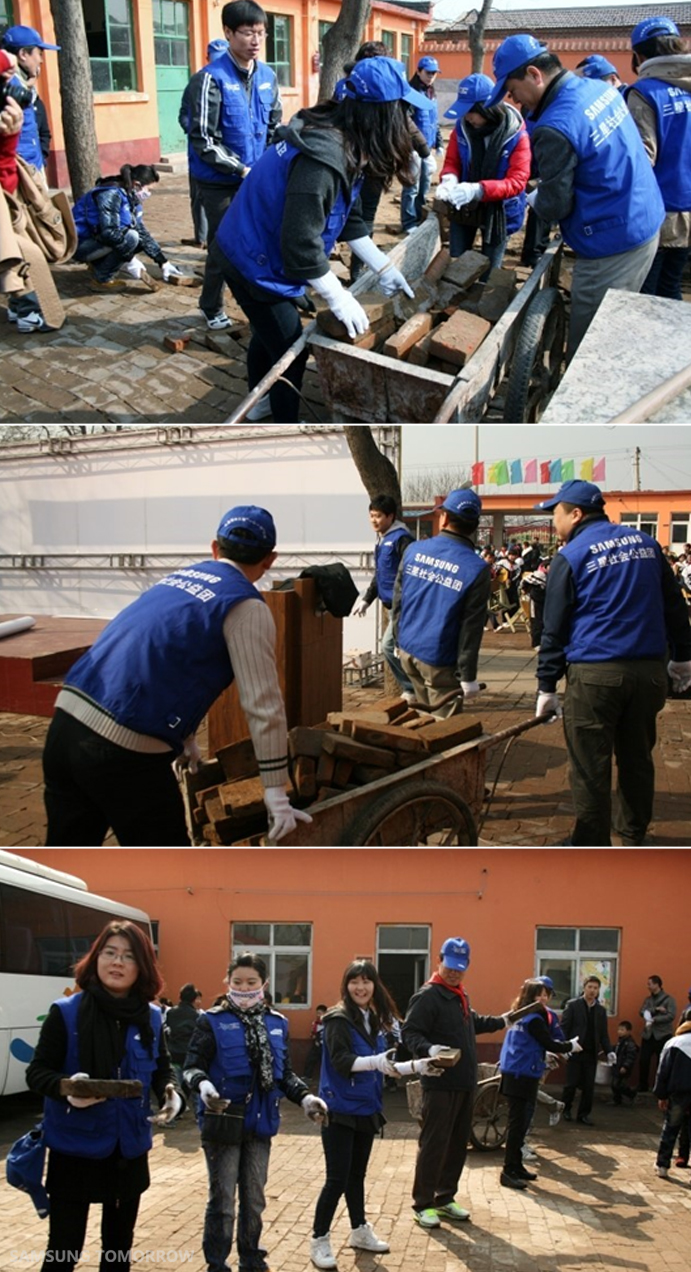 When the performances were finished, President WonKie Jang presented some gifts for the classrooms, such as world maps and school supplies. From there, it was time to get to work! Samsung volunteers began by moving bricks to protect students from unsafe ground. They formed a line to help the work go faster, and tried to keep the kids safe! 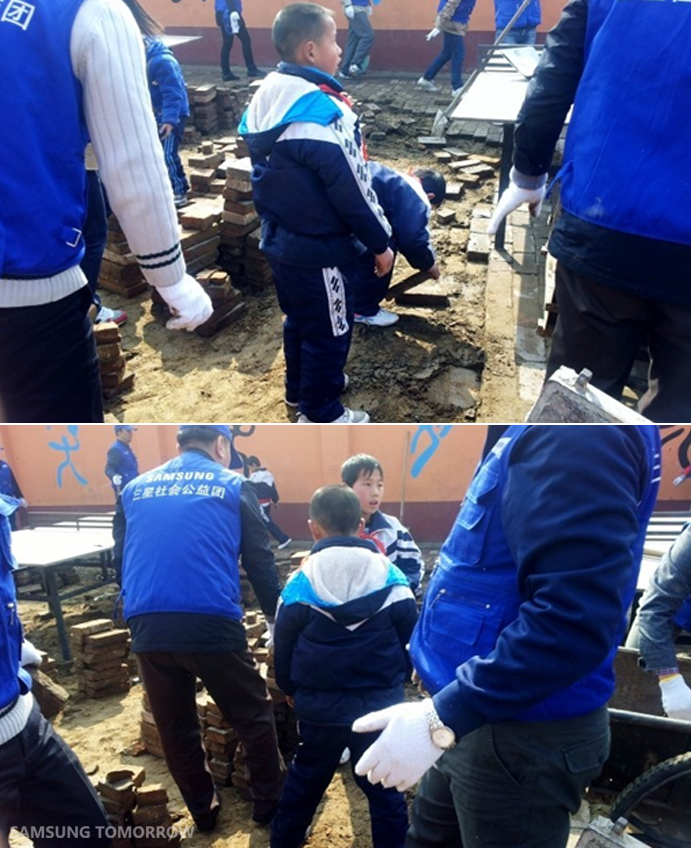 As I took pictures one of the female students smiled, called me teacher, and asked if I was Korean, and what I was taking pictures of. You can see her contagious smile below! 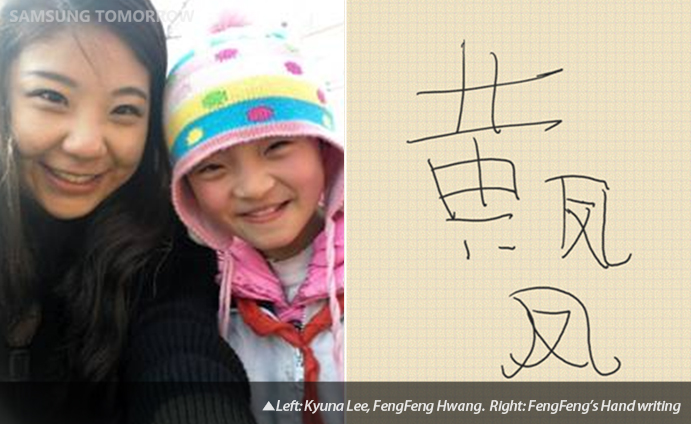 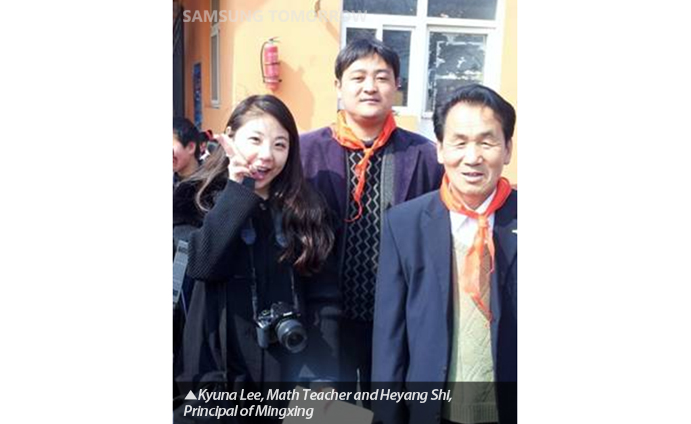 I was able to speak with Principal Heyang Shi (史何阳) after his speech as the representative of Mingxing school
Q. How was volunteering with Samsung Electronics’ employees?
Samsung Electronics’ effort is helping the children’s dreams come true. Their future will improve from generation to generation. I appreciate their great efforts. 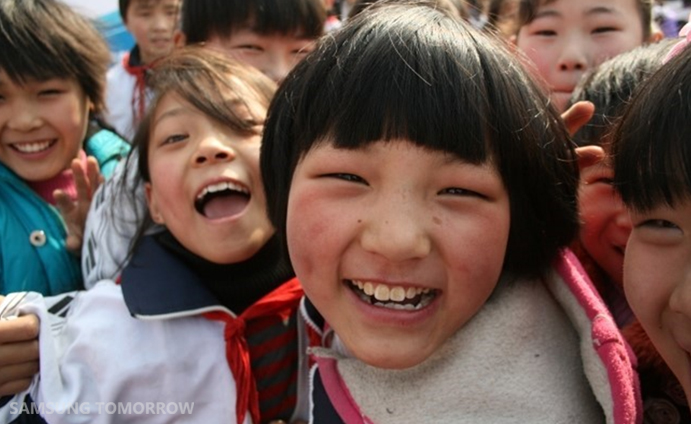 As the volunteer activities finished up and we prepared to leave, students were sad to see us go, and the feeling was mutual. No matter whether you need help or you give help, at the end of the day it’s great to see a community come together.
After the volunteer activity, I talked about Samsung’s community outreach and support efforts in-depth with Manager Kwibong Sung.
Q. How did you start with these volunteer activities?
Presently, Samsung mainly focuses on supporting education and agriculture, social welfare, and environmental protection to help communities in China.  Among those activities, today’s volunteer work can be considered educational support with a theme of unity. The purpose of this activity was to help create a better educational environment for Mingxing School and set up a close relationship with the school for possible future endeavors. This is a significant event along with other volunteer activities that Samsung does annually to give back to the community.
Q. How will Samsung’s public welfare activities in China change in the future?
Today’s volunteer activity will serve as the basis for future social welfare activities. We think it’s important that our employees participate in volunteer activities, and we’ll use today’s activity as a template of Samsung’s ideology of social welfare.
Q. Is there any reason that Samsung in China focuses specifically on education?
Many students and schools like Mingxing need support now, but there are not always enough resources available from community and government. Samsung has always believed in the future potential of today’s children, and that’s why we invest in talented students in addition to other public welfare activities.
It was great to be able to speak with Kwibong Sung and get a look behind the scenes at Samsung Electronics’ community building activities. Samsung’s role as a socially responsible company continues to blossom in China, and the benefits of strengthening a community are important for us all.