At a star-studded event, GALAXY Note 10.1  launched at Lincoln Center in New York City on Aug. 15th to cheers and applause.  The tablet is being hailed as incredibly conducive to the creative process, and so Hollywood directors are taking note. Samsung executives and film director Baz Luhrmann stepped onto the stage to introduce the Samsung Galaxy Note 10.1, which became available in the U.S. on Aug. 16th. After a brief introduction from   Luhrmann, discussion naturally turned to the tablet’s innovative media creation tools. 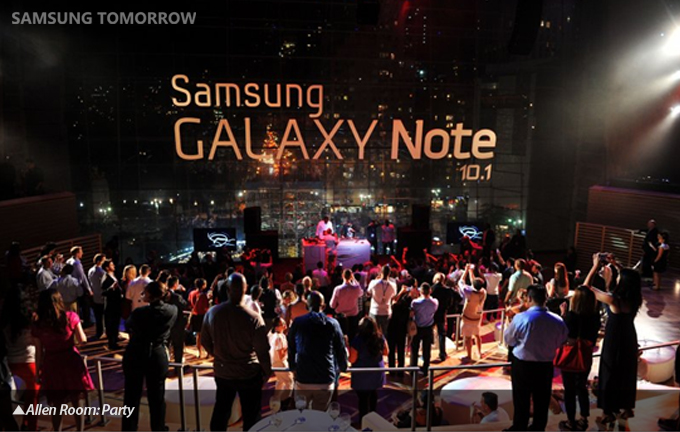 First, enjoy the video of this event.

What makes the Galaxy Note 10.1 so special?  Well, pretty much everything.  The Galaxy Note 10.1 offers a digital pen, a speedy 1.4GHz quad-core processor and 2GB of RAM. The Android tablet supports an intelligent multi-app display, allowing users to work on two tasks at once. Luhrmann noted that this is ideal for video editing, of course. But, additionally it means that the creative process is not hindered by technology.  Galaxy Note 10.1 allows you to take notes next to an article, sketch something you’re seeing in a movie, and so on. Samsung’s team emphasizes that the multi-screen feature offers true multi-tasking, since you are not forced to toggle between apps and can actually use both simultaneously. 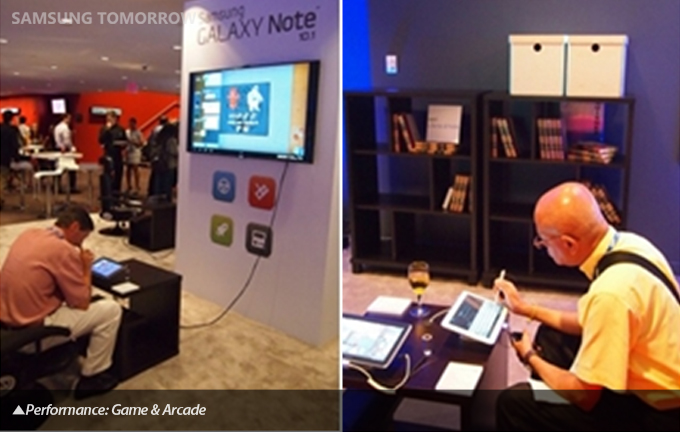 One of the key features emphasized during Samsung’s presentation, was that the digital pen (called the S-Pen) included with the Galaxy Note 10.1 is not just a simple stylus. It is a pressure-sensitive input device, which is actually powered by technology created by Wacom, the company behind professional-grade digital drawing tablets. The Galaxy Note 10.1 comes pre-loaded with a custom-made version of Photoshop Touch, allowing users to take advantage of everything the S-Pen has to offer, making digital editing a breeze.

“The benchmarks are just off the charts,” reporters were told, after hearing about some of the apps specifically designed for the Galaxy Note 10.1. The tablet runs Android Ice Cream Sandwich OS right now, but will be upgraded to Jelly Bean by the end of the year.  You might have heard of Google’s “Project Butter” which is making everything on Jelly Bean even smoother.  Well, this will no doubt help Galaxy Note 10.1 just get better with age. 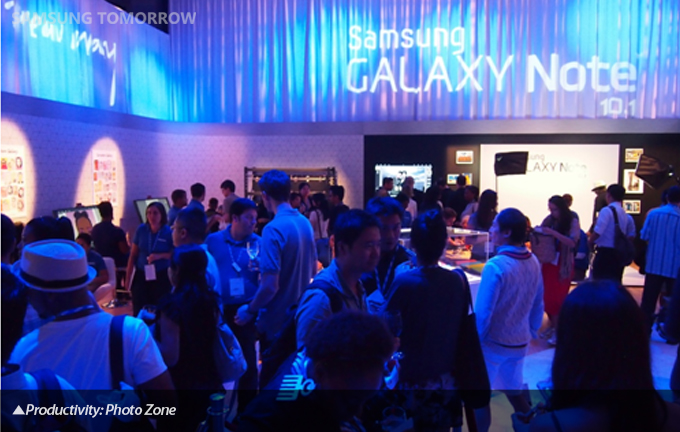 Competition in the tablet field is tough as can be, with the iPad leagues ahead. Tracking firm iSuppli released a report that Apple’s 9.7-inch tablet controls about 70 percent of the media tablet market, and that’s up from its low of 58 percent back in January. Other challengers in the 10-inch space will come from Microsoft’s Surface tablet — available in a mobile RT form and a more power-intensive Pro model — and in the long-awaited (but as yet unconfirmed) 10-inch Kindle tablet from Amazon.   Still, Samsung has high hopes for Galaxy Note 10.1 as it aims to differentiate it from its competitors. 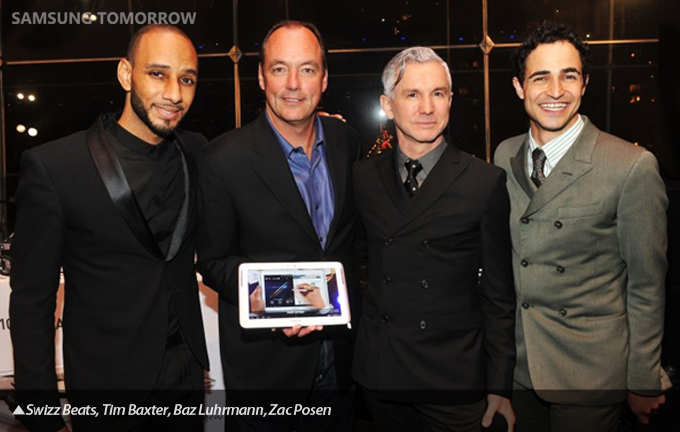 Ok, so you know Baz Luhrmann, director of hits like Moulin Rouge and Romeo & Juliet, was there.  But the rest of the guest list was seriously a who’s who of Hollywood celebrities.  The red carpet was host to big names in fashion, entertainment, movies, TV, and music.  Check out the famous faces below! 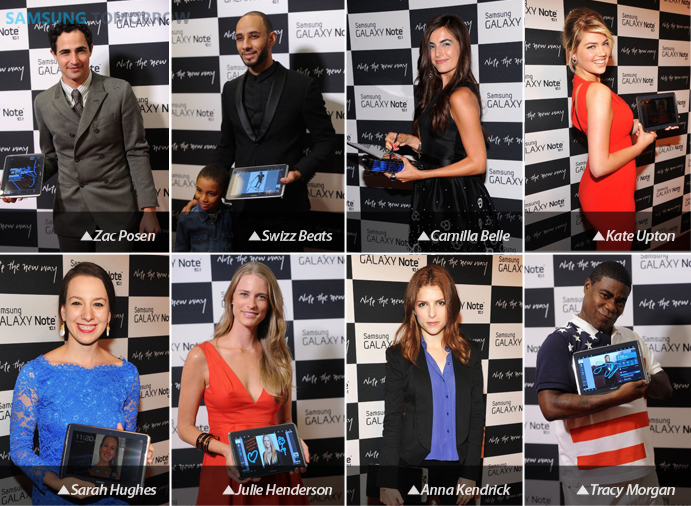