First, let’s start with the Selfie (or wefie) optimized features

It is obvious that Samsung wanted to address people’s need for a better front-facing camera on their mobile devices with the Galaxy Note 4. Samsung has not only increased the megapixel, but also significantly improved the angle of the front-facing camera to 90 degrees, from the previous 77.

“If only Bradley’s arm was longer. Best photo ever.” Yes, this is what Ellen DeGeneres said when she posted, arguably, one of the most epic selfies at last year’s Academy Award. As her comment suggests,  one of the most frustrating things about taking a selfie for many people has been the limited angle you get with the front-facing camera. 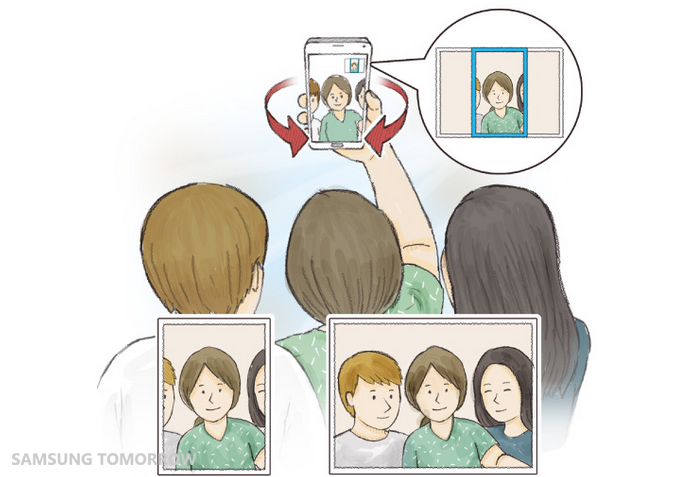 Therefore, Samsung decided to develop the ‘Wide Selfie’ mode, which is basically the ‘Panorama mode for selfies’. With the 120 degrees of camera angle of the ‘wide selfie’ mode, you can take selfies as if you have a 1-meter-long arm. On a side note, the engineers of the feature told us they took thousands of selfies to know how the movement of wrists and arms affect selfies. (yikes!)

Wait, there are more Selfie features

Selfies aren’t always about just getting angles. You want the selfie to come out just as great as how you actually look and you want it to be easier to take. That is why the Galaxy Note 4 has the features listed below:

An enhanced version of the one from Galaxy S5. It automatically recognizes your face, its features and outlines and enhances the image by smoothing and brightening your skin tone (and some other secret recipes). You can control the degree of brightness.

The front-facing camera of the Galaxy Note 4 lets you take selfies using your heart rate monitor sensor. So you don’t need to awkwardly force your finger back to the front of the screen. And check this out – you don’t need to press anything. All you have to do is gently place your finger on the sensor and take it off. So you’re less likely to shake the phone by having to press a physical button, so it’s less likely for you to end up with a blurry selfie. Yeah, we told you the engineers took thousands of pictures to check everything – their fingers had something to do with this idea 😉

It lets you take selfies more easily with the rear camera. The camera will automatically detect and focus on your face when you are taking a self-portrait. 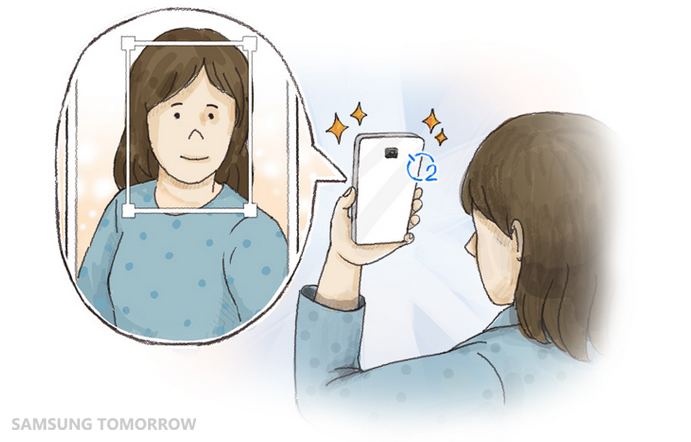 If you’re one of the people who just don’t care about a million camera modes and just want to point and shoot without having to worry about anything, that’s fine. The Galaxy Note 4 Camera features only the basic, frequently used functions on the screen and hides the rest.

But, there are actually many Noteworthy camera modes that might change your mind. It’s not just us at Samsung Tomorrow that recommend the camera features below; Samsung Tomorrow had a chat with the developers engineers of the Galaxy Note 4 camera of the Galaxy Note 4 also, and they highly recommend the following features. So feel free to try out every single feature to see how you can work with it. 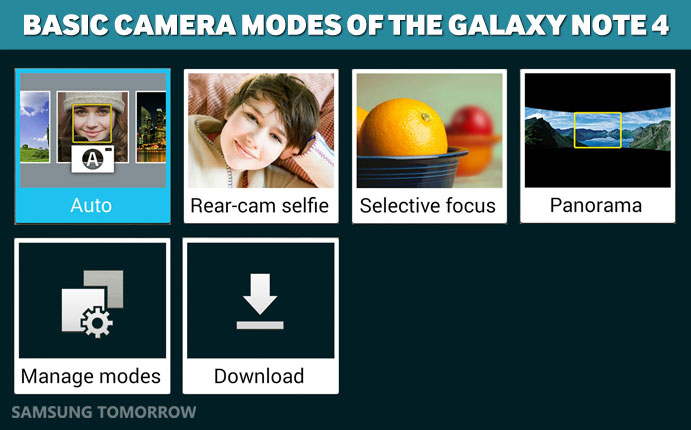 You can create an interactive virtual tour of your surroundings, expecially good when you are traveling and want to capture more vivid memories.

It captures every movement of your subject. It is highly recommended for athletes, such as golfers, who want to improve their posture.

The tech behind the bang

Galaxy Note 4 has a monster 16MP image sensor on the rear camera, a 3.7MP one for the front. It also features an F1.9 lens, which is 60% brighter than the F2.4 lens on its predecessor. A nice combination for better pictures. So, what else makes this special?

With the improved clarity and accuracy, Galaxy Note 4 has significantly improved the digital zoom function. You can zoom up to x8.

Just like the Galaxy S5, Galaxy Note 4 supports Fast AF. Fast auto-focus of the Galaxy Note 4 lets you capture moving objects by helping you focus on the object before it disappears or goes away. So you have better odds in capturing, say, a running cat rather than half a blurry furry leg. 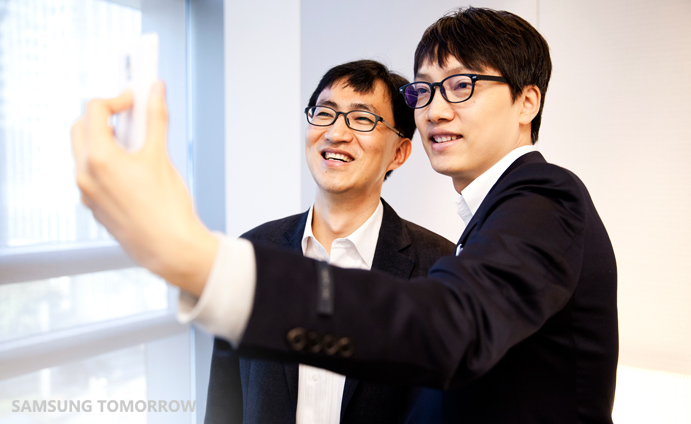