For a phone to be truly “Smart”, hardware and software need to align for maximum possible performance.Galaxy S II is loaded with dual core and Samsung Electronics’ self-developed mobile Application Precesser(AP), ‘Exynos’ and it also boasts impressive  speed and stability. In order to show off this remarkable hardware, optimization is necessary. Galaxy S II is much loved by customers worldwide for its optimized user environment.

Software That Graces the Hardware

Since Galaxy S II was the first smartphone ever to be loaded with dual core, appropriate performance adjustment were necessary. Our software development team worked tirelessly to optimize a range of software in order to run smoothly with Galaxy S II’s hardware specifications. As the result, customers are able to feel the beauty of a true smartphone. 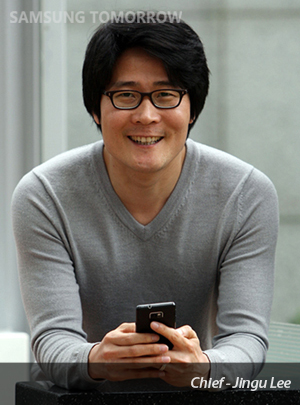 “The biggest change is its speed. Activation speed of all things from booting speed to media scanning, running applications, multi-tasking and others have gotten much faster. Application of dual core cannot be viewed from the aspect of performance improvement only. Attention must be paid to the efficient electricity consumption, as well as other parts. Instead of making customers feel that the phone is fast simply because “it’s equipped with dual core”, we need to make customers feel that every processor is faster and more accurate because the phone is optimized for dual core.”

For Principal Engineer Jin-Goo Lee, the most satisfying part of Galaxy S II is  its ease of usedue to the excellent performance adjustments. Another plus of the Galaxy S II is its reduced battery consumption.  The phone is designed to consume  less battery power. So even if you’re listening to MP3s all day, you can rely on the Galaxy S II to browse, call, or message when you need it most. 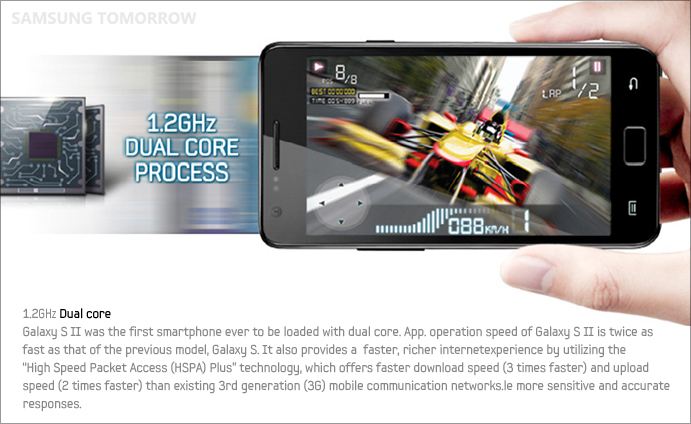 ‘Optimization’ behind the scenes

Great performance can be measured by flawless functionality. Like secret agents working behind the scenes, Galaxy S II’s developers required fast action and clear thinking to control each and every problem that arose. A situation room for developers was set up, and whenever there were issues, communication between departments was key.Stable quality and accelerated performance had to be realized through optimization, with all parts upgraded or modified from existing devices. For this process, interdepartmental cooperation was crucial.  This behind-the-scenes team worked hard to create a seamless user experience with the Galaxy S II.

“We are proud of Galaxy S II because it is a well made product  through the strenuous effort of the software developers. So, we could expect its high sales to some degree and we sincerely thank customers who appreciate its real worth.”

We have heard some say “Samsung products are good only for hardware”. We’re looking to change any misconceptions, and invite one and all to try the Galaxy S II. Once you come see the Galaxy S II,  with itsoptimized stability and lightning-fast speed  free ofbugs and disconnections, , you will be pleasantly surprised once again with Samsung Electronics’ software technology.