With all the noise of everyday life, there is no need to add further distraction and annoyance. The Galaxy S II strikes the perfect balance of convenience and atmosphere, with an Auditory User Interface (AUI) designed to enhance the users’ experience. Auditory User Interface (AUI) refers to all the sounds contained in the mobile phone, and it ensures users’ convenience, while using the product as well as an emotional satisfaction. Samsung Electronics, through AUI design, is producing not only ring tones, but also touch tones that let the customers experience a uniquely vivid sense of touch. 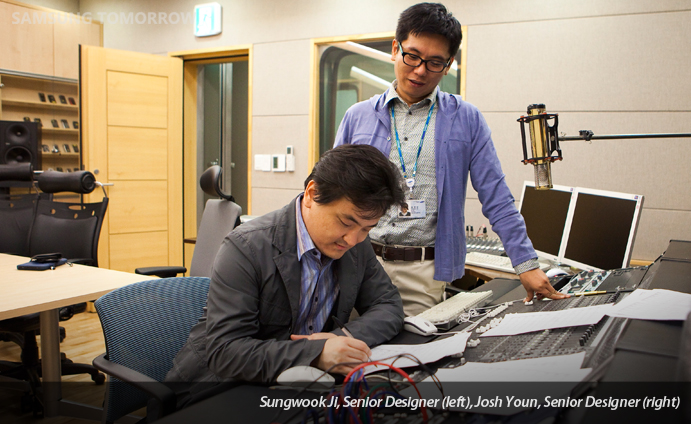 Although the noise that surrounds us in our daily lives can sometimes be overwhelming, you’ll actually feel your mood improve the more you listen to the ‘brand sound’ of Galaxy S II. This is because Galaxy S II has been designed specifically with “hope and future-oriented” feelings in mind from the initial sound design stage. The name of the tone itself, “Over the Horizon,” conveys the idea of going beyond the limits of imagination and making an ideal world a reality. Senior Designers in charge of designing the tones and tunes for Galaxy S II, Yun Jung-sam and Ji Seong-wuk, said they’ve expressed the brand sound of “Over the Horizon” through the image of what people think and expect from Samsung.

“We carried out an online preference survey with 900 participants to decide the mood of brand sound. The result showed that the users’ expectation of brand image from Samsung was future-oriented, such as innovation, hope, newness, and creativeness. So, we expressed those into the music.”

“We made the Galaxy S II’s main melody into more friendly and easier tune to remember than the former electronic and mechanical ring tones, and it has been also arranged into future-oriented and hopeful mood. Surely, we designed the sounds under the consideration of various experiences that the users will get. The sounds of Galaxy S II are optimized to the user.”

♪ Power On/Off Sound of ‘Over the Horizon’

♪ Ring Tone of ‘Over the Horizon’

♪ MP3 File Sound of ‘Over the Horizon’

The Sound, Optimized for the Users

The sounds have been completely optimized for the users of Samsung Galaxy SII. We’ve got the links below so you can have a listen!  Make sure to check them all out.

The notification ringtone, which you will hear when you get a call or message, has a pleasing rising intonation that will always catch your attention. Doesn’t it sound hopeful? Excited? That’s usually how we feel when we have new messages to listen to!

The touch feedback rings out each time you touch the phone. Doesn’t it sound soft?

The operation sound is specifically designed to let you know when something needs attention, such as a cable connection or a low battery. While it’s not as dramatic as actually being in a hospital, the sound will remind you of a heart monitor, albeit a more melodic one!

Finally, the shutter effect is what you’ll hear when using the camera or camcorder. This traditional sound has been updated for today’s technology-driven society.

“The part that required most of my attention was creating nice touch experiences while using Galaxy S II. To do so, we’ve visually matched the touch tones with haptic effect, so that the users can have good experiences every time he/she touches the display. I’ve grown so close to the touch tones because I had listened to them so much during my work.”

Inspiration Come from All the Sounds of Everyday Life

The sounds and tones of everyday life were the inspiration for the AUI designers of Galaxy S II. They habitually listen to even the slightest sound and are inspired by all actions and daily activities. Travelling, walking on a countryside road, living in a busy city or just relaxing and enjoying life can all be heard in “Over the Horizon”. 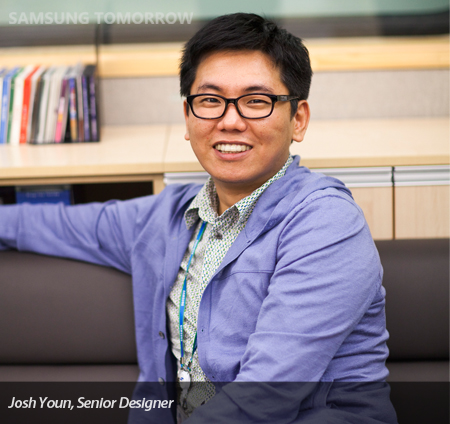 “We carefully listen to all the sounds of daily life; from the sound of rain in the dawn, the sound of nature like midsummer breeze, to the rattling of trains. I recorded them on my mobile phone every time I got inspirations before I forgot. Then I tried to reproduce the sounds that inspired me into the products. 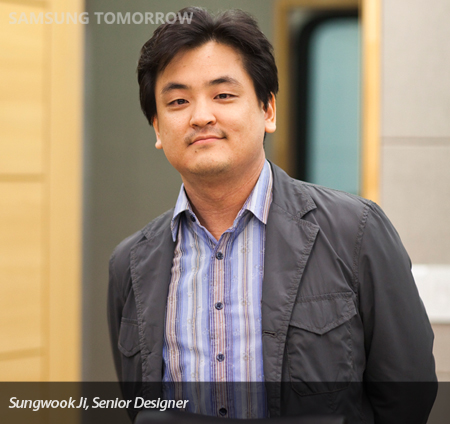 “I also take memorable or good sounds into design for product sounds. I often produce sounds for Graphical User Interface (GUI) and synergetic effect as well.”

Drawing on the designers’ careful consideration of the sounds around them, the Galaxy S II not only looks great, but it sounds great as well. Designed for usability as well as consumers’ sensitivity, the Galaxy S II is ready to provide a brighter touch experiences for all.
For more information about the Samsung GALAXY S II, please refer to the links below: