The phone we’ve all been waiting for has officially been announced in London. The Samsung Galaxy S III is being said to be one of the biggest launches of the year.

One of the most notable differences between the Galaxy S III and other Galaxy products is the design. The nature-inspired minimal organic design identity is reflected in the smooth and non-linear lines of the device. To learn more about the design of the Galaxy S III, we had a sit-down with Vice President Minhyouk Lee (Product Design Team). 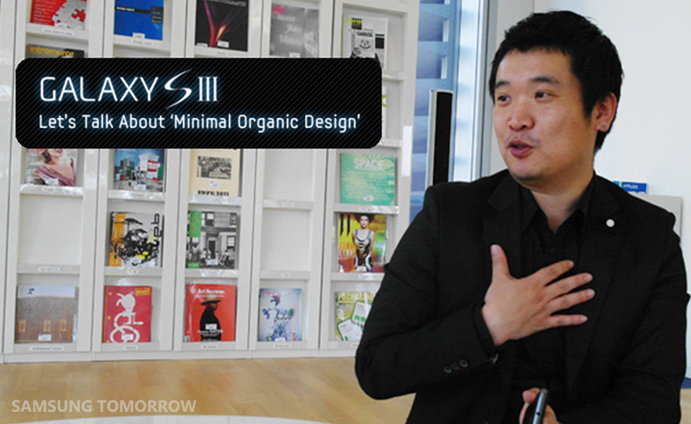 Simple and intuitive, anything not must go.

The words tell the meaning itself. ‘Minimal organic’, of course, refers to a simplified design. VP Minhyouk Lee explains that “A minimalistic design means that you remove all complexities so that only the essence remains. Bold statements like this shines more in the complicated world we’re living in”. The Galaxy S III provides an ergonomic and comfortable experience, and everything was designed with ‘people’ in mind. Its comfortable grip, gentle curves, and organic form deliver a rich human-centric feel. Inspired by nature, its design concept is the flow and movement of nature. “Most elements in nature come from curves. Instead of straight artificial lines, we focused on the elegant curves” he says. Elements of wind, water and light are all evoked in the physical construction of the Galaxy S III and you can discover different curves from each angle you approach the device. 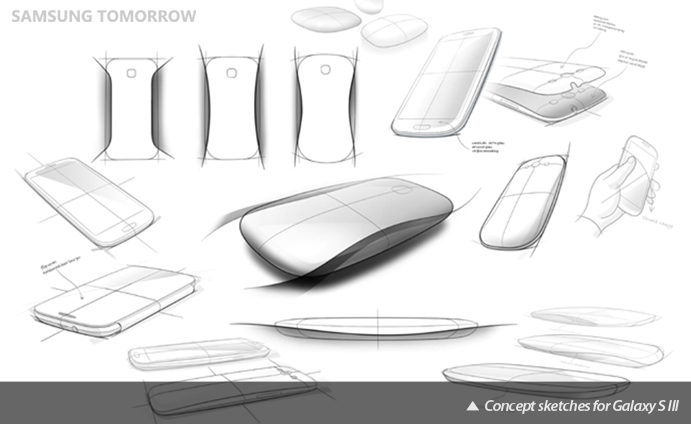 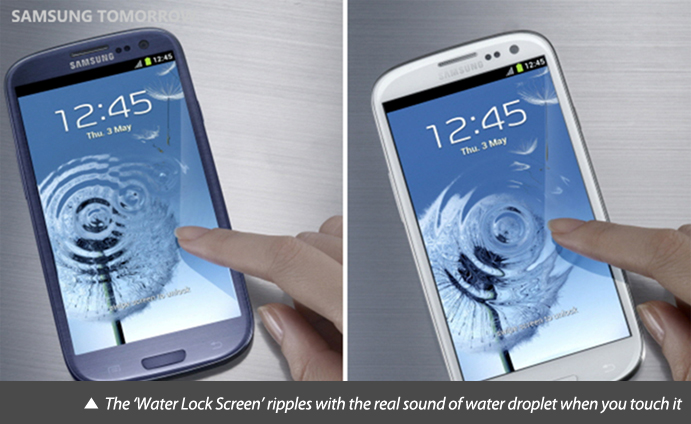 Realizing ideas and setting the trend

Samsung always tries to set the trend and create innovations. The design for the Galaxy S III also has it all. “Even companies with 100- 200-year long histories strive to innovate. It is because they are able to read and capture the trends and present their customers with new things that they are continuously successful.” The same philosophy was applied in designing the Galaxy S III.

Though Samsung is already regarded as one of the top manufacturers with cutting edge technology, we went one step further. It wasn’t easy to put all the different design elements mentioned above into mass-production. New coating and molding techniques were applied to the Galaxy S III which, to be honest, made it a bit more difficult to manufacture. A lot of effort was put in to ensure quality, which is why we’re quite pretty confident. You’ll also find the slick classy ‘HyperGlaze’ intriguing.

Using three layers of high quality, pure and clear polycarbonate, not only is the phone’s aesthetic elevated, but the durability and scratch resistance is maximized. 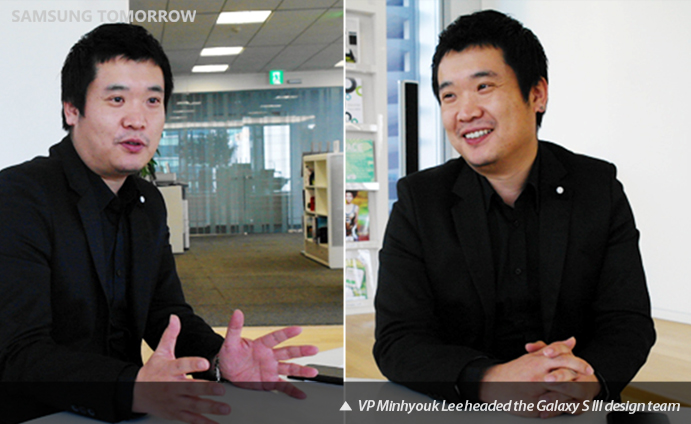 Another striking thing about the Galaxy S III is the accessories. There are quite a few designed exclusively for the Galaxy S III. If you want to fancy-up your phone, there’s a range of covers, docks and chargers, as well as a C-Pen stylus. These accessories were designed in line with the product design concept.

“At first I didn’t like the idea of covering our beautiful product with a case” said Jacob. “However, many users do use a variety cases and we had to think ‘why’. Therefore, we decided to design accessories, including covers, so that it would blend with the design concept. You can now express your style with a variety of accessories”.

The design is the technology and vice versa. They’re not separate anymore

“Taking part in this project, I wanted to make the Galaxy S III the most wanted, most desirable and most popular smartphone ever”.

VP Minhyouk Lee proudly said, “Trying totally new designs and materials, we went through a great number of prototypes. Molding and Coating techniques also had to be developed. We did our best not only to provide the most creative and innovative product, but also to match the expectations consumers hold. Everything from their lifestyles to simple habits was taken into account. Not only aesthetic but also technological design was a great factor”.

To the designer of the product, the Galaxy S II is…

“Many groups within the company worked together to make it happen. And as the Galaxy S III bears the Samsung logo, we tried very hard to preserve the high standards of the ‘Samsung’ brand. I hope this reaches the hearts of our customers and makes them happy.”