Galaxy S6 Teardown: All About the Galaxy S6 and S6 edge 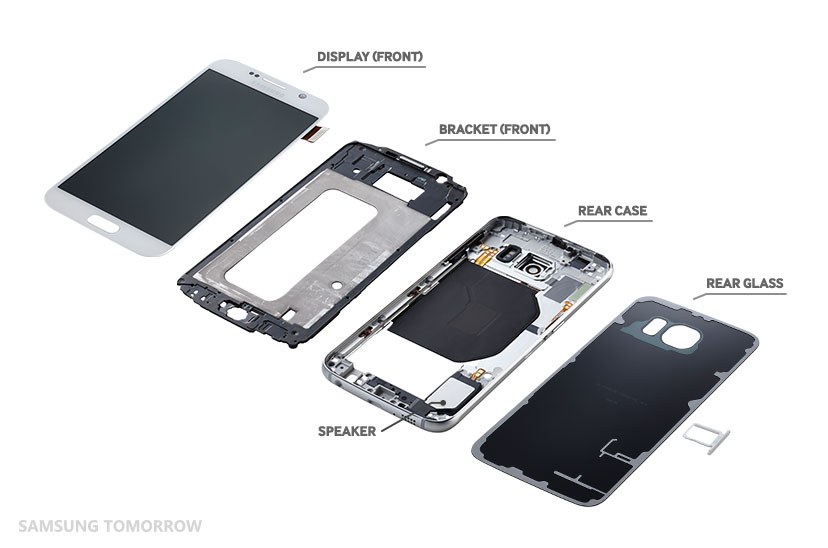 It is pretty remarkable how many great features and components the teams of designers and engineers managed to squeeze into the Galaxy S6’s svelte 142.1mm x 70.1mm x 7.0mm body. Here’s a quick teardown of some of the major parts of Samsung’s latest flagship smartphone. 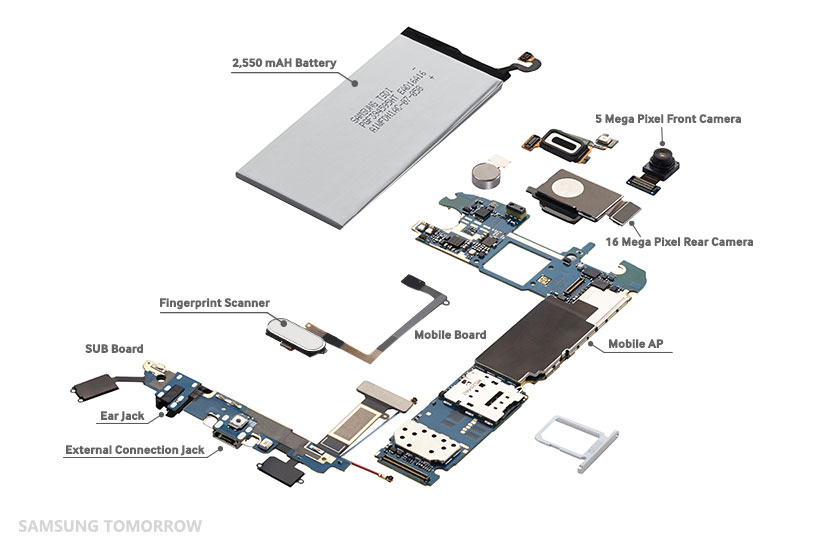 1. Display: The Quad HD Super AMOLED display (2560×1440) has a remarkable 577 pixels per inch. It is also equipped with Samsung’s own Adaptive Display technology, which optimizes brightness and color temperature for all circumstances. It’s also 20% more power efficient than ever before.

[Editorial] Starting at Zero: The Story Behind the Design of the Galaxy S6 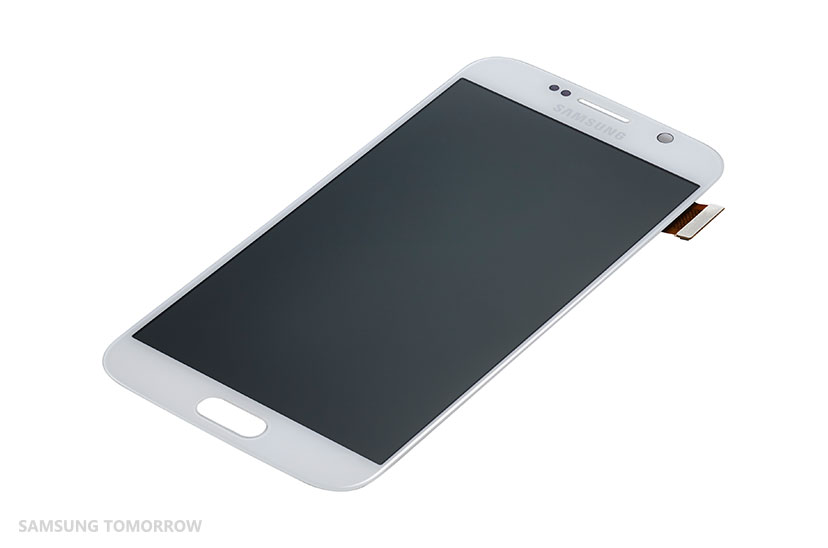 1.1 The Galaxy S6 edge has a dual curved display, which provides a more immersive 3D experience and adds a new level of functionality as well, with the People Edge.

Forming Glass, Metal Frame – The Art of Craftsmanship in the Galaxy S6 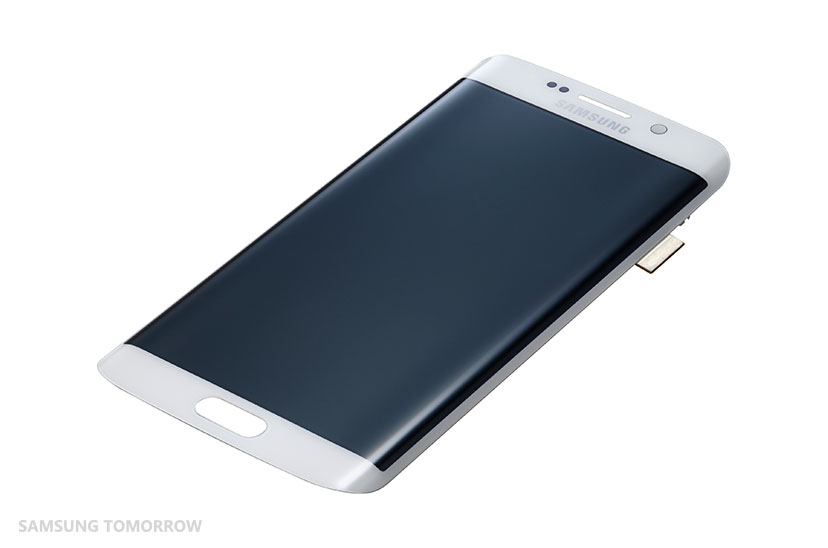 2. Bracket: The bracket, among the other components, is structured to share the shock from impacts and reduce the possibility of breakage. 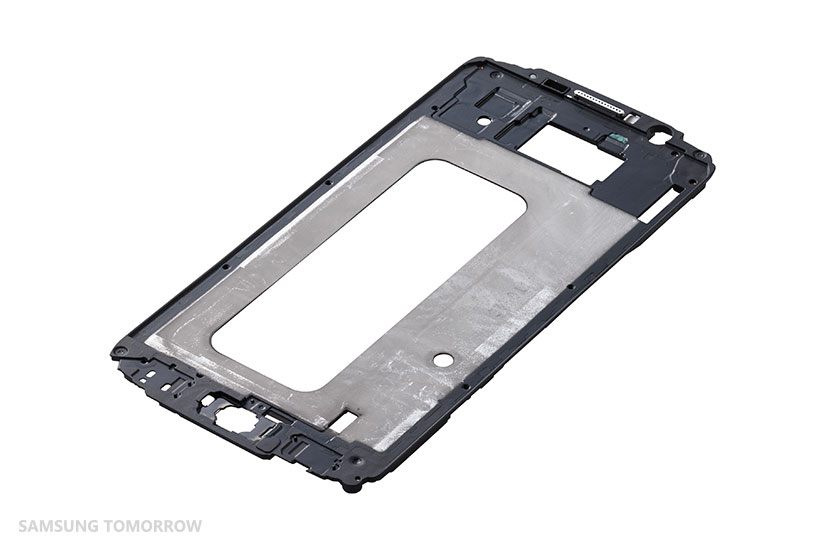 3. Rear Case: The frame is made of 6013 aluminum, which is 1.5 times stronger than the more conventionally used 6063 aluminum. In addition, the antenna is welded into it, which frees up more internal space and makes it more stable. 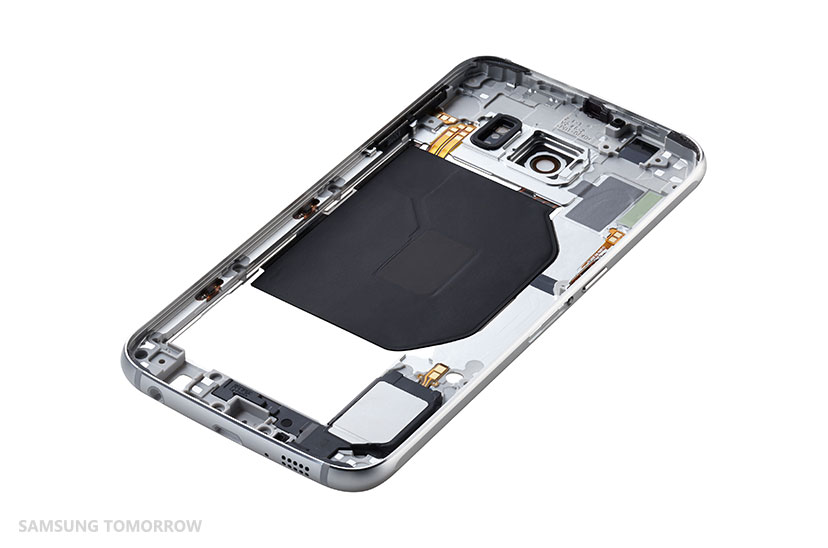 4. Speaker: The high power 1.2-watt speaker with smart amplifier is 1.5 times more powerful than the speaker on the Galaxy S5 and delivers high performance sound for a micro-speaker.

[Editorial] Big, Sophisticated Sound Quality From a Small Device: The Story Behind the Galaxy S6 Sound 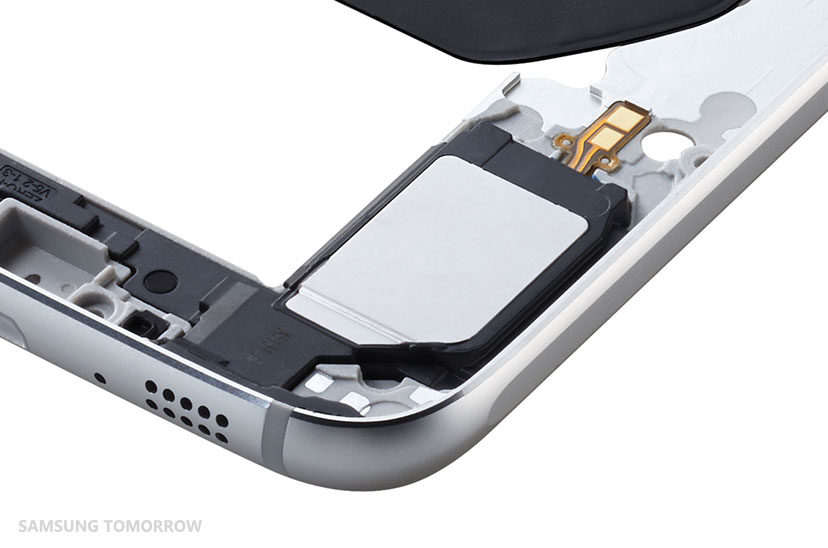 5. Rear Glass: Both the front and back of the phone is covered with the ultra-durable 2.5D Gorilla Glass 4. 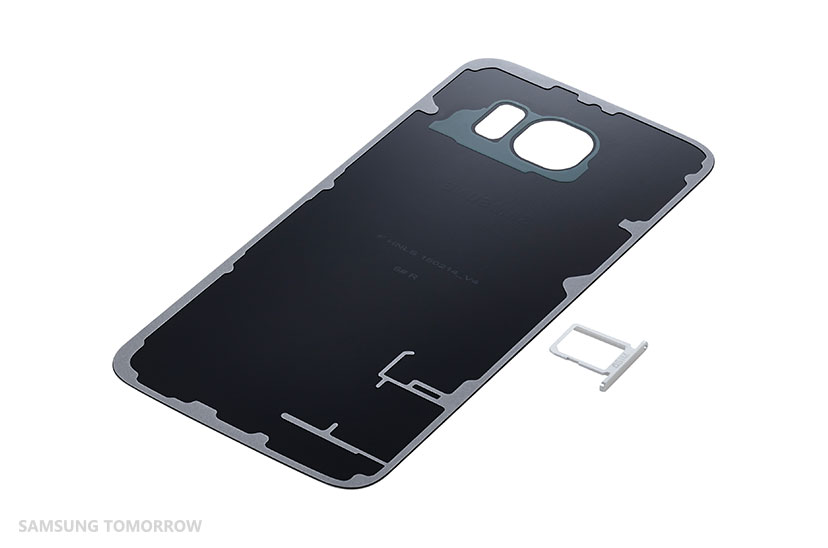 6. Battery: The 2,550 mAh battery is equipped for wireless charging, and is compatible with both PMA and WPC formats. The thickness of the wireless charging coil is just 0.27mm. In addition, 10 minutes of wired Fast Charge will provide users with enough power for up to four hours of use. Users can get up to 20 hours of use on a single charge.

[Video] [What Comes Next?] Super Charging on Samsung Galaxy S6 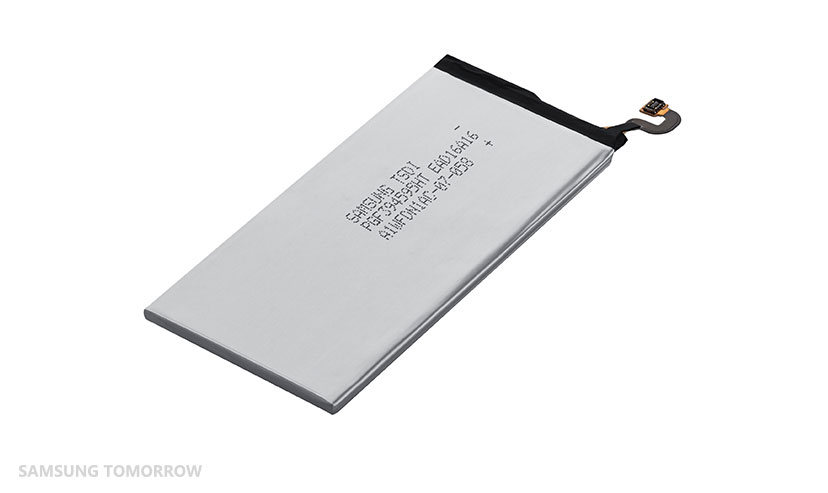 7. Front Camera: Developers were able to increase the camera’s sensor size while maintaining its overall thinness. The 5 megapixel camera has a better aperture (F1.9) than ever before, for better photos in dark conditions. The front camera is also equipped with Auto Real-time HDR.

[Video] [What Comes Next?] Camera on Samsung Galaxy S6 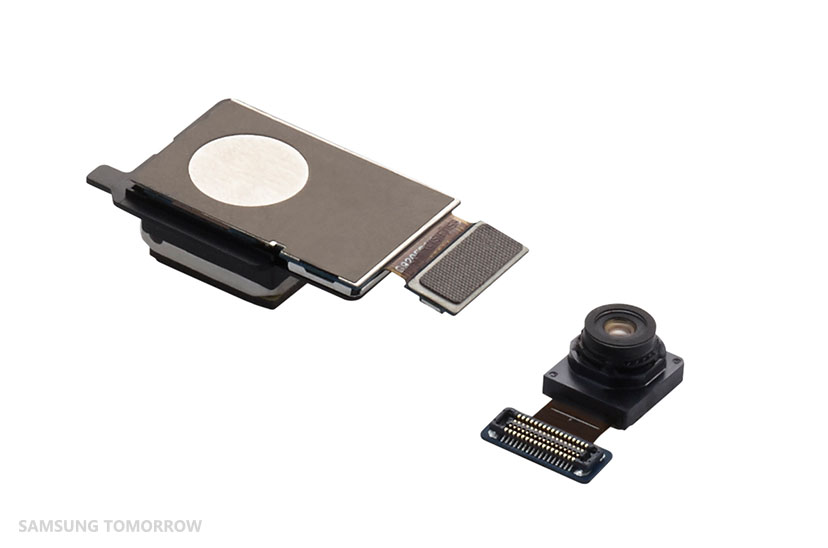 9. Fingerprint scanner: The enhanced touch-type fingerprint scanner not only provides better security, it also will be a key part of Samsung Pay when it is rolled out this summer in the United States and South Korea.

How Samsung Pay Will Change Habits and Impact Lifestyle 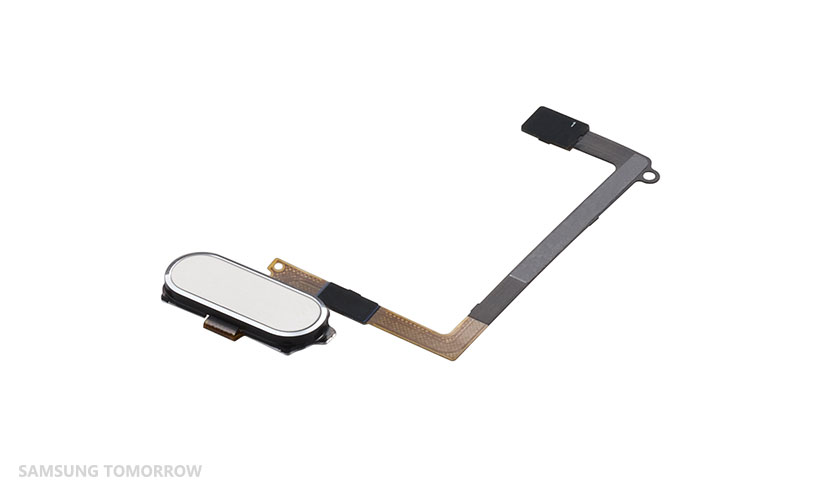 10. Ear jack: Now located on the bottom of the phone, it is even better situated for the brand new earphones that come with the Galaxy S6. 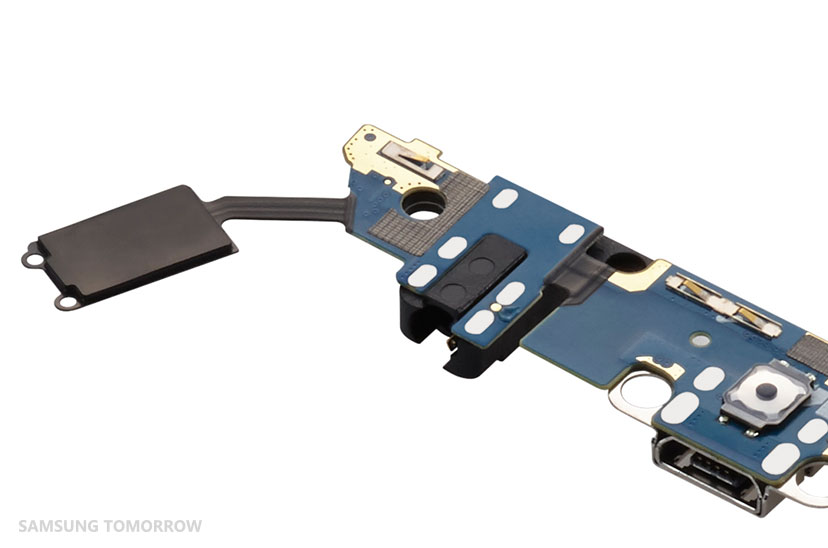 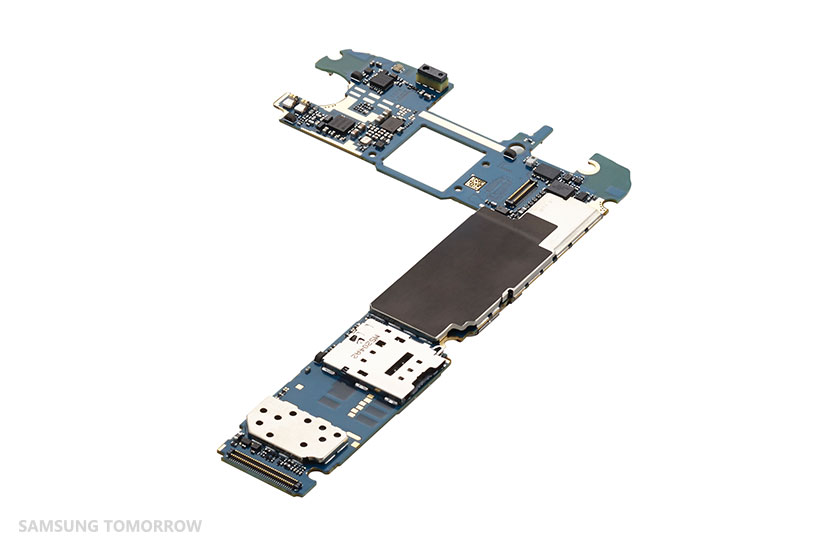