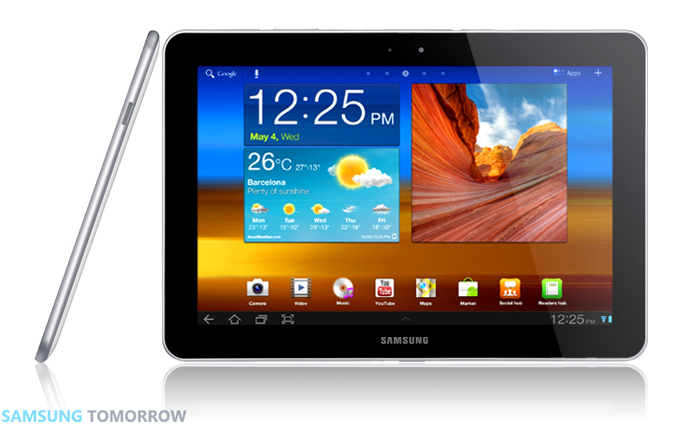 The most striking features of Galaxy Tab 10.1 are its “slim body” and “light weight”. Galaxy Tab 10.1 Wi-Fi models boast 8.6mm slim thickness and weight of 565g. Whereas the Galaxy Tab 10.1 introduced at MWC2011 (Mobile World Congress 2011) in February had a rather tough and masculine, the upgraded Galaxy Tab 10.1 has changed to a softer and minimal design. 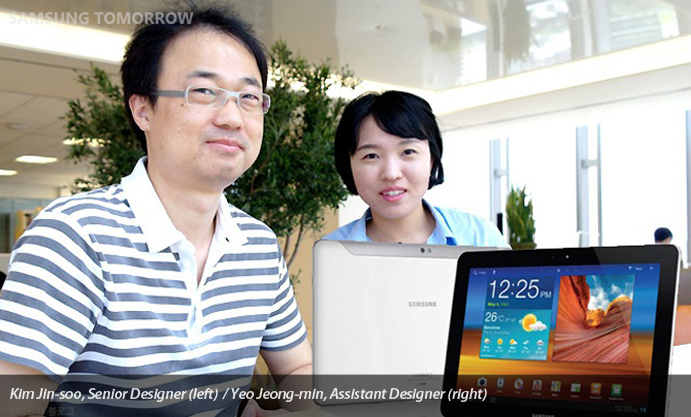 Emptying instead of Adding

The public interest in the Galaxy Tab 10.1 introduced at MWC was intense. But despite the great interest in that model, smaller parts were developed and through this, we were able to make a few upgrades.

“We were able to complete the slimmer and lighter Galaxy Tab 10.1 emphasizing the beauty of absence, essence of space. Though it’s equipped with the best specifications, externally, all of the unnecessary was taken out. “

Inspiration from an Envelope

If you look at the back of Galaxy Tab 10.1, you can get a glimpse of a letter envelope. This design was to visually express that the Galaxy Tab is very light, like paper. It gives one an image of thousands of pages of information slipped into an envelope, excuse me, a Galaxy Tab 10.1. 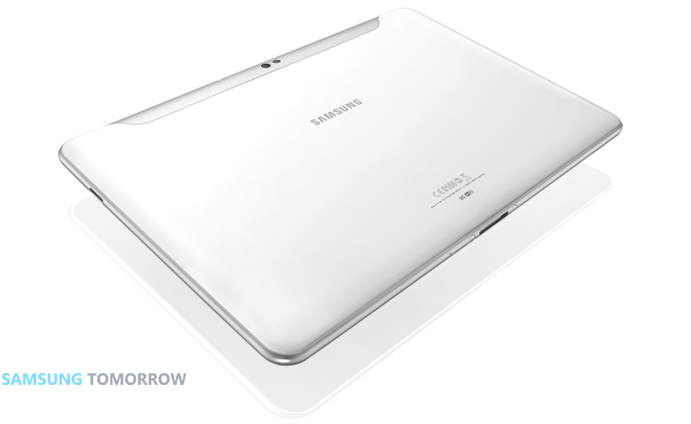 “I got the inspiration from a letter-size paper and an envelope. The Galaxy Tab 10.1 is like a file containing thousands of documents. I focused on making distinct parts and blending in the color, material, and finish(CMF) into the product in order to express the thinness and weightlessness, just like a piece of paper.” 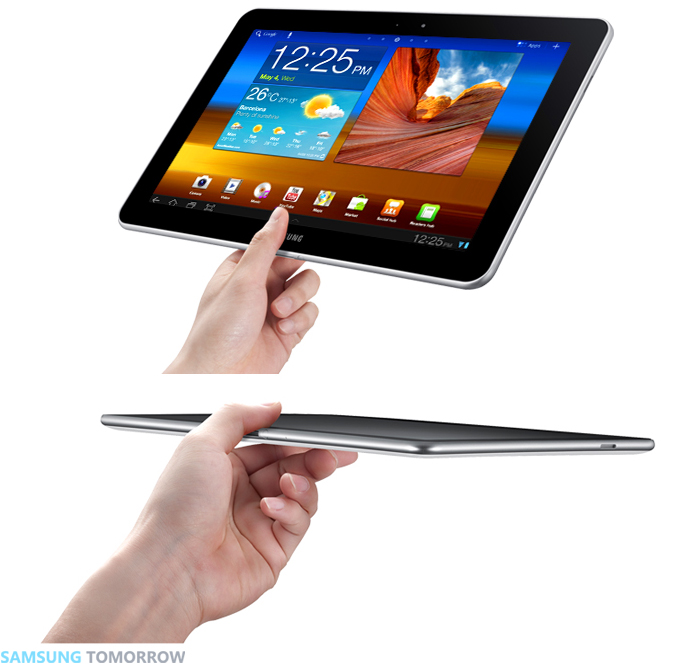 As tablet PCs are designed to be hand-held, there was a need for ergonomic consideration in the design to reduce the stress put onto the hands. This is why the width and length were increased and the thickness is decreased. The stress on the palm of the hands was minimized by improving the feel of the grip, formerly uncomfortable due to narrow printing area, and also the corners were designed as smooth rounding shape.

Tablet PCs are usually used with both hands, unlike smartphones where most controls are done with one hand. For smartphones, the design of the device itself becomes its distinguishable feature, but tablet PC designs put into consideration the structure of large screens that needs to be fully utilized. Also, accessory parts had to be considered as well, because various areas that couldn’t be implemented by the device had to be substituted by accessories.

From the fruits of such consideration and effort, the Galaxy Tab 10.1 successfully acquired both beautiful design and convenient usability. One stone, two birds.

The factors we had to consider, such as merchantability and usability, are growing day by day. I believe it is the role of designers to appropriately harmonize all these elements. … As a designer, I am continuously striving to achieve something that I can call my own unique style.