[Hands-on] Review of the All New Galaxy Buds

Gone are the days when your earphones were attached to the end of an electric cord. Losing the cables and mounted with Bluetooth technology, they have evolved into wireless earbuds. Users no longer have to worry about the cables getting tangled into a knot in their pockets. What’s more, wireless earbuds are now available in various designs that add a fashionable value.

Samsung Electronics’ all new ‘Galaxy Buds’ offers the best performance of all the advantages of wireless earphones. It is smaller and lighter than the previous generation, which makes for longer and more comfortable wear. With the enhanced battery efficiency, it offers longer usage time with a single charge. Perhaps most importantly, its sound quality has been improved with the technology of AKG, the premium audio brand of Harman.

The upgrade from the previous generation is clear in terms of specs. Samsung Newsroom has tried the product to experience just how much better it is when used. 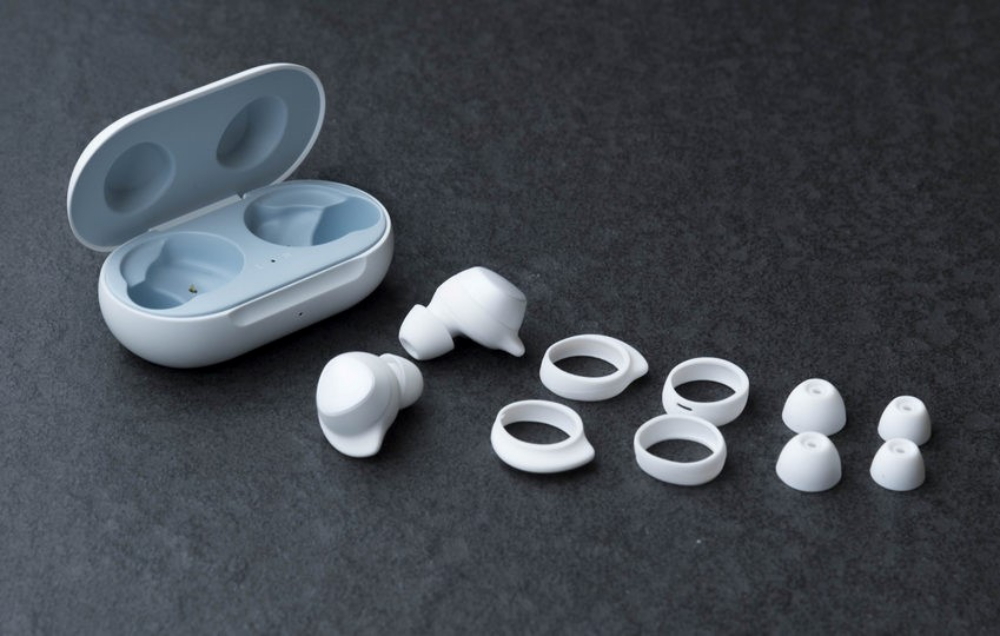 Galaxy Buds is very lightweight that it is barely detectable in the palm of the hand. The size is also smaller than Samsung’s existing wireless earphones, ‘Gear IconX.’ Instead of hanging on the ears, Galaxy Buds ensures the best possible fit with its wing tips, and do not fall out easily. Even the largest wing tips do not press on the earflaps, making the earbuds comfortable and stable to wear.

The earbuds are a compact size that fits snugly inside the ears and the exterior that shows outside it is fashioned to a nicely rounded shape. The gloss of the surface material is quite natural and soft in color that it goes well with various kinds of styles. Users need not worry about whether the earbuds look good with their outfits. 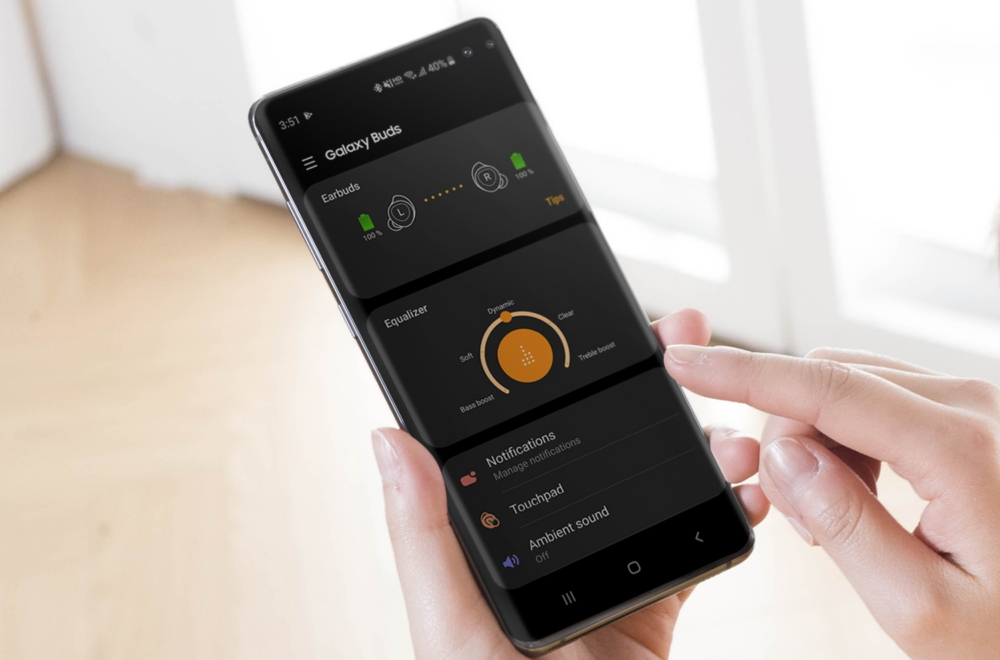 ‘Sound by AKG’ is etched on to the packaging of the product, showing the company’s confidence in the Galaxy Buds’ solid sound quality, which proved to be quite well balanced and consistent. It offers a deep, consistent base and a flat treble. For those who have their own taste for a certain sound field1, use the ‘Galaxy Wearable’ app to choose one from the five EQ presets and customize the sound profile.

I tried listening to various genres of music for each EQ preset to figure out the difference. For emotional music such as ballads or jazz, the ‘dynamic’ setting was the best fit. For band or dance music, the ‘clear’ setting was a solid choice since it highlighted the differences in mixed sounds. According to the styles and ranges of vocals or instruments used, selecting the ‘bass boost’ or ‘treble boost’ was a nice pick. When I was enjoying music while concentrating on another task, the ‘soft’ preset was comfortable to listen to as it balanced different tones. 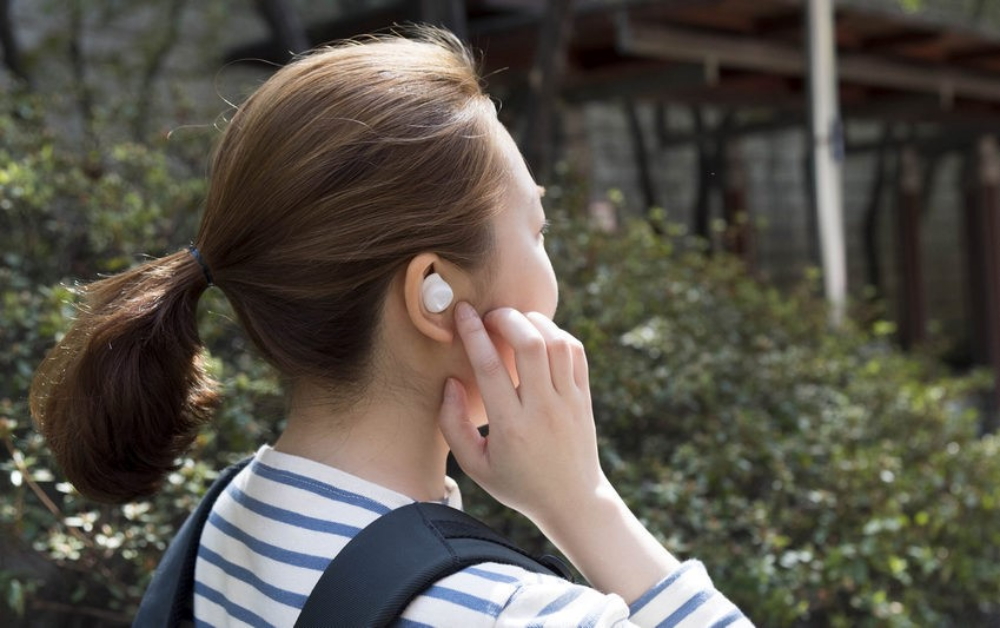 The sound quality during phone calls was outstanding in clarity, which makes for a pleasant experience to switch over to answering a phone call from listening to music. A good set of earphones maintains its sound quality not only when the music is playing but also during phone calls. Galaxy Buds showed consistent, solid performance on the subway or inside elevators and blocked out the noise well.

The two embedded microphones also controlled the volume of my voice according to the surrounding environment. During the several phone calls I made when I was using Galaxy Buds, I seldom heard complaints from the other person for not being able to hear me over the surrounding noise.

A useful tip for when making a phone call in a noisy environment is to choose ear tips that are a perfect, snug fit in the ears. This helps make a difference in blocking out the noise from the surroundings so that the microphone embedded in the interior nozzle of the earbud can pick up the user’s voice more easily.

Useful Features Including Seamless Connection and ‘Find My Earbuds’

Galaxy Buds automatically connects to the user’s smartphone when the case is open and disconnects when placed back in the case. With a simple touch on the surface of an earbud, users can play or pause the current song, or move onto the previous or next song. Users can even give orders or turn on and off certain features using voice command.

When the earbuds are misplaced, users can activate the ‘Find My Earbuds’ feature on the Galaxy Wearables app. The earbuds will start making a beeping sound which will help relocate them. 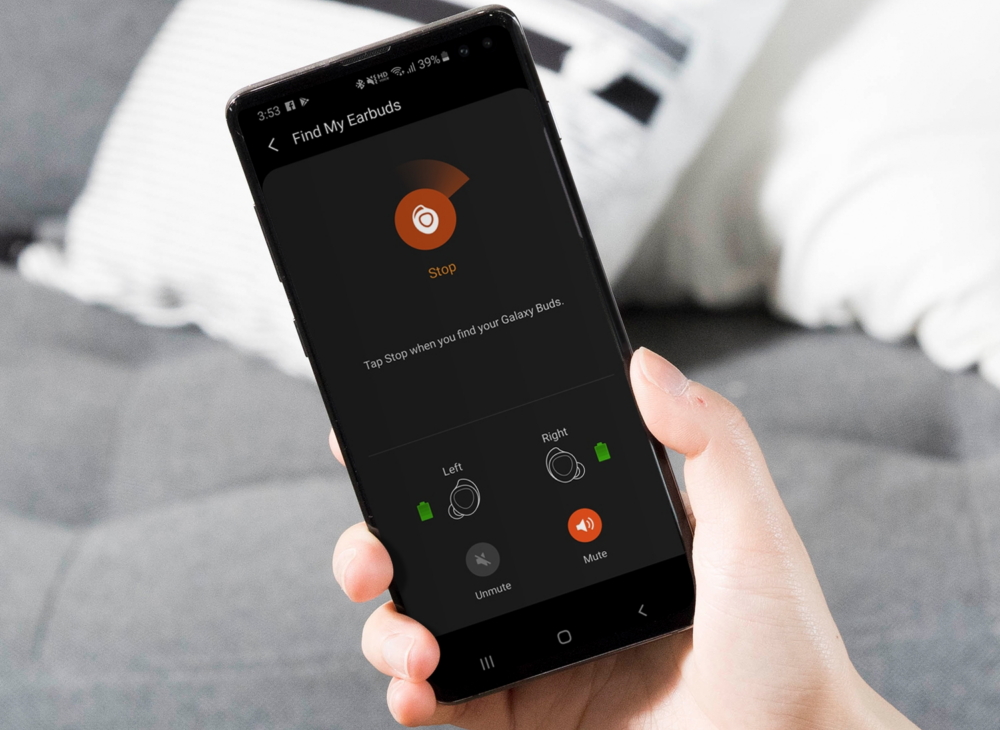 By turning on ‘notifications’, users can receive a voice notification in between the music when they receive a message or email. This feature is useful for those that always need to be available at work or when expecting an important message. Users can also manage notifications and turn them on or off for specific apps. 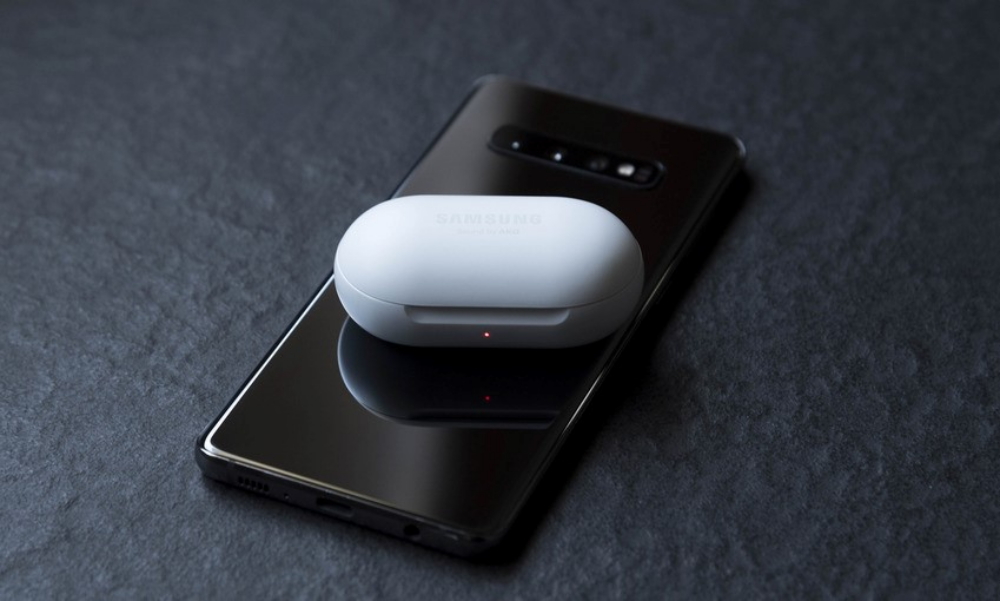 Galaxy Buds lasts up to six hours when used for listening to music, and five hours for making phone calls. Galaxy Buds lasted a whole day with just a single charge when I listened to some music and made a few phone calls during my commute and working hours. Of course, as the Galaxy Buds case act as a charger, the earbuds can last longer. It comes in handy while on a trip or on a long flight.

The newly mounted wireless charging feature also adds convenience. I just put the earbuds back inside the case and place it on a wireless charger or a Galaxy S102. It is completely wireless, in a sense that it doesn’t require a cable when being charged either. Thanks to this feature, users can be relieved from the stress of constantly checking the remaining battery life. 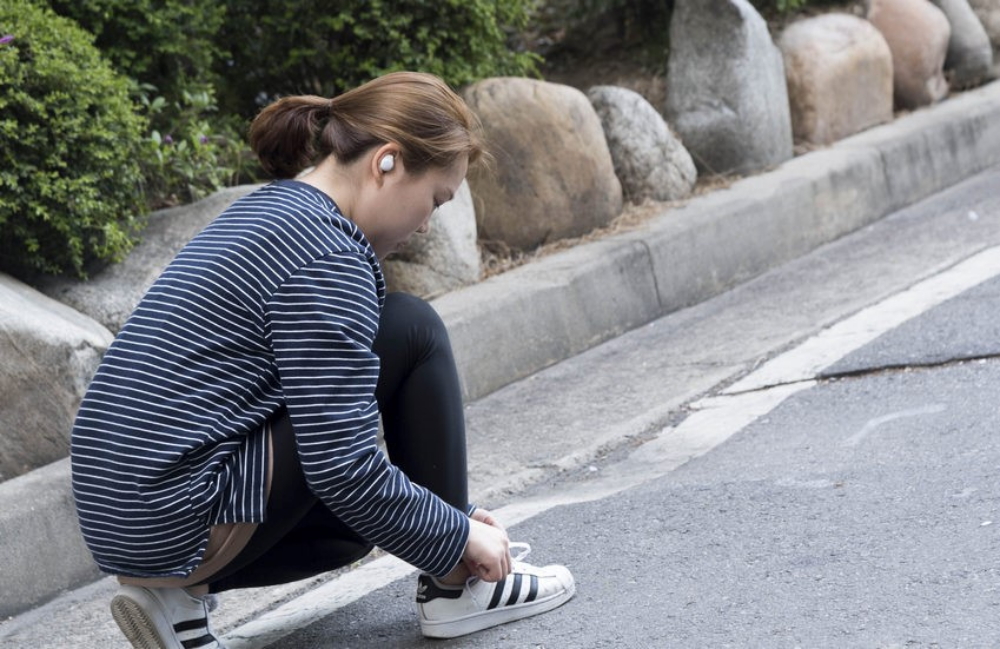 All in all, users are in good hands with the Galaxy Buds, in various aspects including sound quality and battery life – not to mention the sleek, cute design and a comfortable fit. Galaxy Buds handle quite nicely some inconveniences users might have experienced with other wireless earphones. For those who are looking for the ‘ultimate’ wireless earphones, Galaxy Buds will make a good choice.

1 Sound Field is a virtual space created by sound to provide the most realistic listening experience. Sound fields are usually controlled through the residual sounds and equalizer.

2 According to tests conducted by Samsung Electronics, the battery lasts 100 minutes after a 15-minute charge. The exact time may vary according to individual user’s tendencies. ‘Wireless PowerShare’ is limited to Galaxy S10 series and will stop sharing battery power once the smartphone’s battery falls below 30 percent.