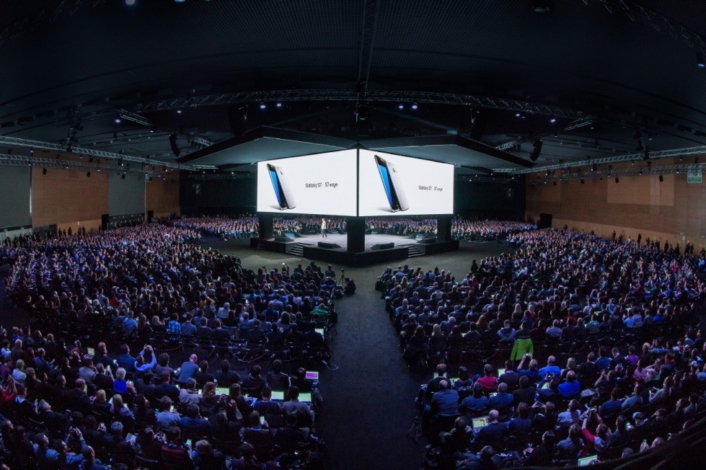 In the days leading up to Samsung’s most recent product revelation, the air was thick with anticipation, as is usually the case before any big event. But this year was particularly different. That’s because this past weekend’s Unpacked was Samsung’s most boundary-breaking event yet.

Showcasing its latest technological achievements by debuting its Galaxy S7 and Galaxy S7 edge flagship smartphones, as well as its Gear 360 camera, Samsung illustrated how it has overcome barriers to deliver innovation inspired by people. It also demonstrated how an ecosystem of seamlessly connected devices and services can enhance the way consumers live, connect and interact. This strategy was the very heart of this year’s Unpacked, and was incorporated into each detail of the event, from the stage layout, to the guest speakers, to the very way in which the new products were introduced. 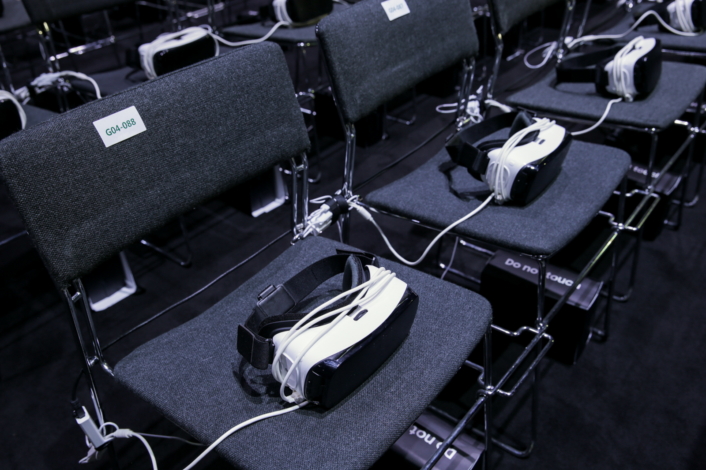 A New Reality for Product Revelations

For the first time, Samsung unveiled its latest products in virtual reality, enabling all event attendees to get an equally up-close look at the new devices via Gear VR. In doing so, the company illustrated how the technology industry is ever-evolving, and set a new standard in the way products are revealed.

Pulling out all the stops, Samsung prepared a whopping 5,000 Gear VR headsets to enable for a successful presentation. But, as one might image, pulling off an operation of this scale was no easy feat to accomplish and there were plenty of challenges faced during the planning process. Perhaps the biggest obstacle Samsung encountered was figuring out how to keep all 5,000 of the Gear VR headsets powered throughout the event, as well as how to broadcast the live presentation simultaneously on each device.

Samsung eventually opted to develop a customized Gear VR headset specifically for the event, and created special technology to broadcast the presentation. The company ran multiple tests with the new headset from Korea. First, they successfully applied the technology to 100 devices, then 500, then again with 1,000, and so on, until they ran into some problems. As such, they had to make some alterations to the system, but by the time Samsung reached Spain, they were ready to go.

To ensure that the system functioned properly during the event, Samsung monitored every single device by utilizing NFC technology that paired each headset to a specific numbered seat. In case the signal failed to work in a specific device, the problem would be easy to fix. For aesthetics purposes, Samsung was able to conceal the thousands of crisscrossing wires that attached each headset to the central server by constructing an additional layer of flooring over the electrical chaos.

Additionally, Samsung rented the Centre de Convencions Internacional de Barcelona—the venue of the previous three pre-MWC Unpacked events—for a considerably longer amount of time than usual. In the few days leading up to the event, a huge staff was assembled and worked tirelessly to install the advanced network infrastructure necessary to ensure the event would take place without a hitch. To share this unprecedented event with Galaxy fans unable to attend in person, Samsung hosted the first ever livestream in 360 degrees, which 30 million viewers from around the world tuned in to watch. 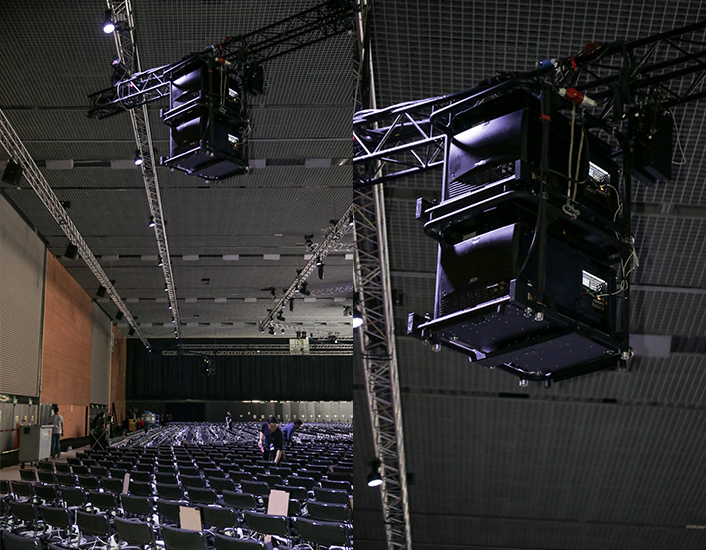 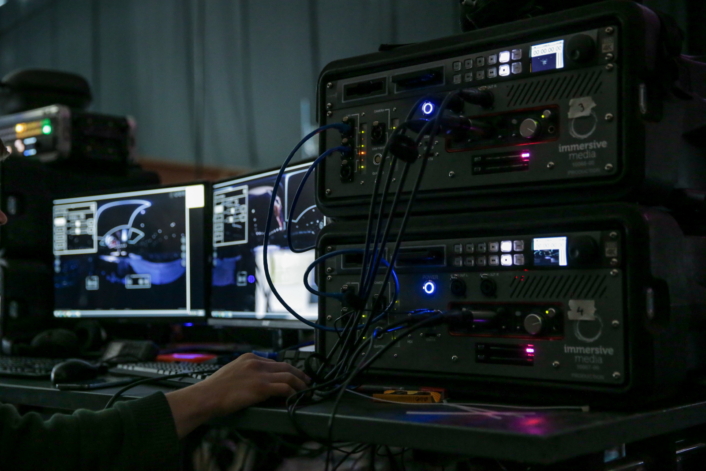 Thinking Outside the Box

The event stayed true to its name by incorporating the “Unpacked” concept into its complex floor plan that not only impressed visually, but also allowed for a unique interaction between audience members and presenters. The floor plan was so intricate, in fact, that planners continued to make changes up until a few hours before the start of the event to ensure that everyone—even those viewing from home—could get a good view of the Unpacked action. As a result, the set-up enabled for a far more interactive event experience than any traditional product introduction of the past.

A giant square stage was at the center of this elaborate floor plan, and featured four separate transformative display screens that hung above it. At the start of the event, the impressive screens were opened upward, as if the stage itself was being “unpacked.” This box concept was utilized throughout the event’s video invitation and teaser content Samsung published leading up to the event, allowing for a more storytelling-centric approach. 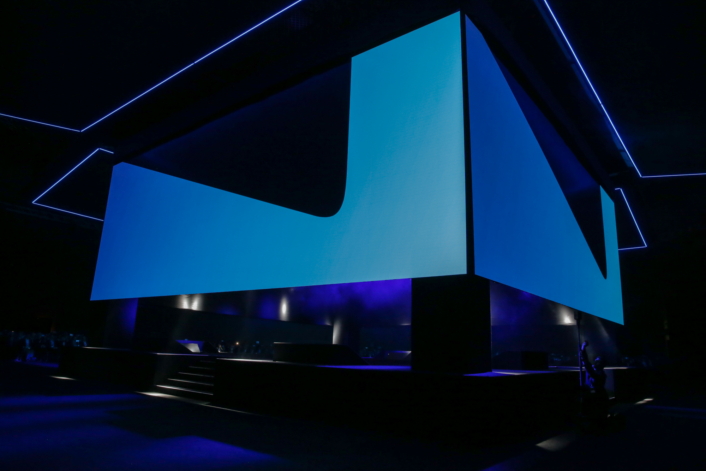 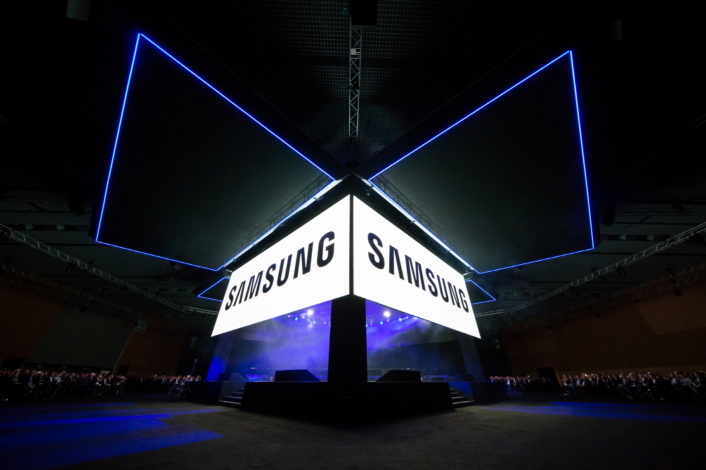 In the end, hundreds of people and dozens of partners collaborated to make Galaxy Unpacked 2016 Samsung’s most immersive event yet. The spectacle of innovation no doubt set the bar high for all future product revelations and will not soon be forgotten.