Highlights of the Samsung Unpacked 2014

As the door opened at 7:30pm, an ocean of people rushed into the ballroom to get a seat. People literally running to get seats actually resembled a scene of a mall the day after Christmas. When people had finally sat and calm down, the Barcelona Opera House Chamber Orchestra played some epic music. Believe us, it was epic, we were there. 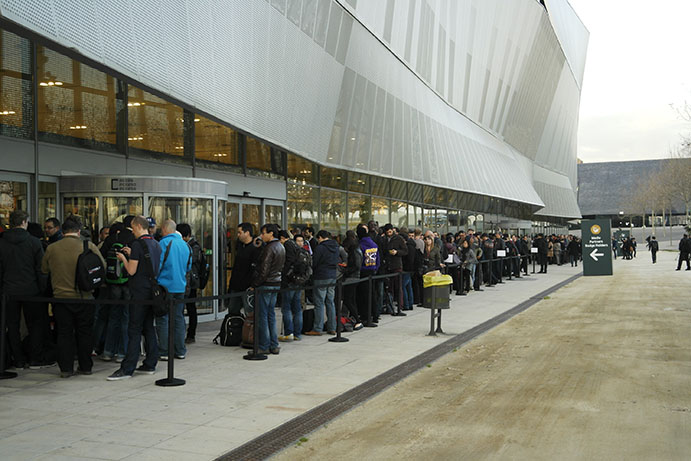 Announcement of the Samsung Galaxy S5

The first unpacked product of the evening was the Samsung Galaxy S5. More information on the Galaxy S5 is on Samsung Tomorrow for you to check out, but here are some of the noticeable moments for the Galaxy S5.

〮 Galaxy S5 has a heart rate sensor, which is the first of its kind. The real-time fitness coaching services together with Gear can be tailored to each user.

〮 Galaxy S5’s new Hybrid AF has a 16mp sensor. With the Galaxy S5 you’ll be able to capture the moment in just 0.3 seconds.  This is the fastest ever auto focus for a smartphone.

〮 The Download Booster with the enhanced Wifi connection with LTE will allow blazing fast downloads like never before, such as downloading a gigabyte data in just 30 seconds.

〮 The Ultra Power Saving Mode turns the display to black and white, and shuts down all unnecessary features so if, for example, if your smartphone gets down to 10%, it can last another 24 hours in standby.

〮 Finger scanner uses your fingerprint as the ultimate password.  It’s encrypted on your device and never shared, which allows us to make secure payments without the need to memorize any passwords.

〮 Galaxy S5 comes with built-in support for ANT+, so it will be compatible with various accessories for more intensive fitness monitoring. 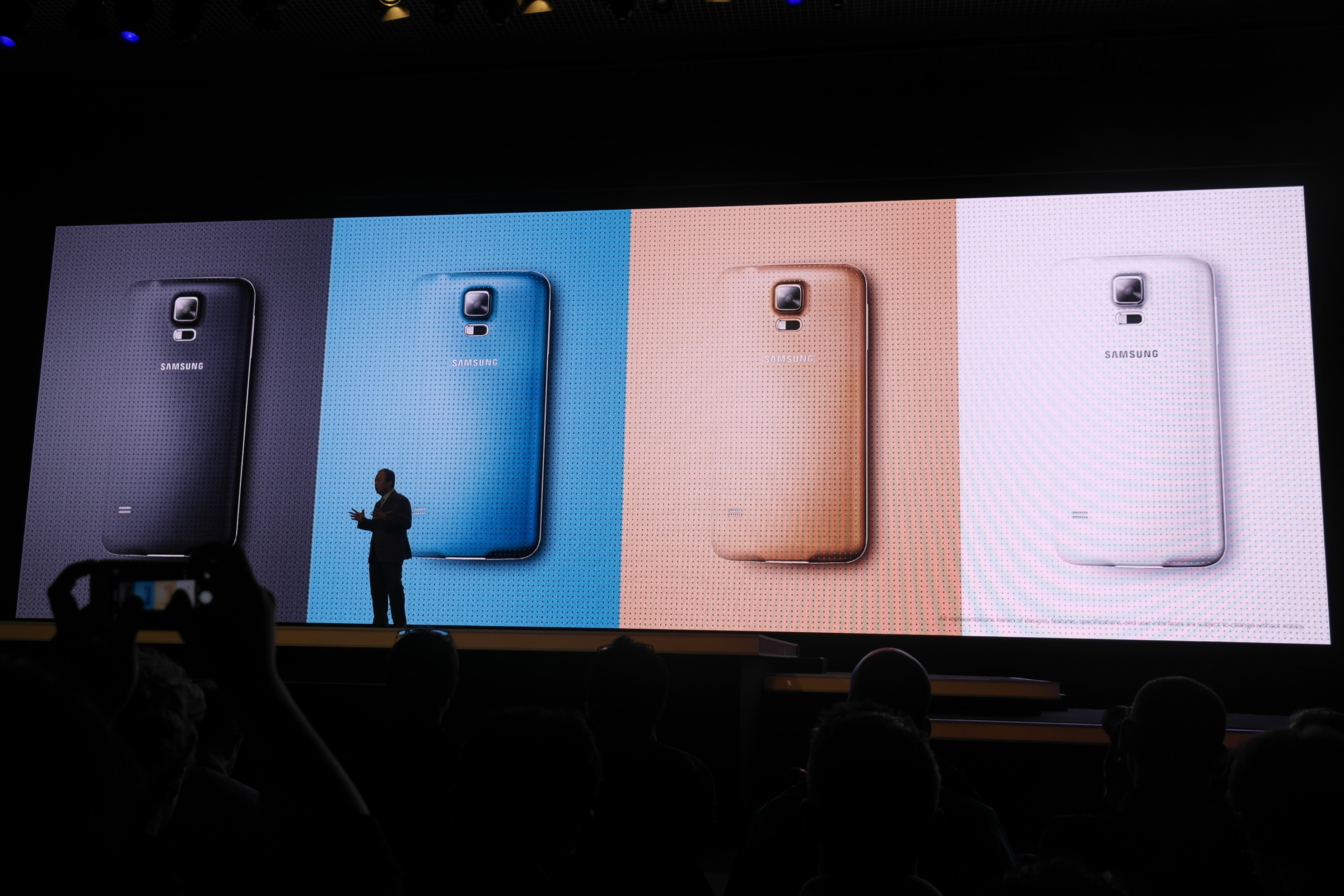 A day before the MWC 2014 kicked off, Samsung announced that Samsung Gear 2 and Gear 2 Neo were going to be introduced at the Samsung Unpacked 2014. Here were some moments of applause and awes.

〮 Gear 2 and Gear 2 Neo have no wiring in the strap, you can swap them out.

〮 Samsung added a home button like on the smartphones, so whatever app you’re using, you can return to the home menu without flicking all the way back.

〮 Gear 2 will be able to sync with 17 Galaxy devices. 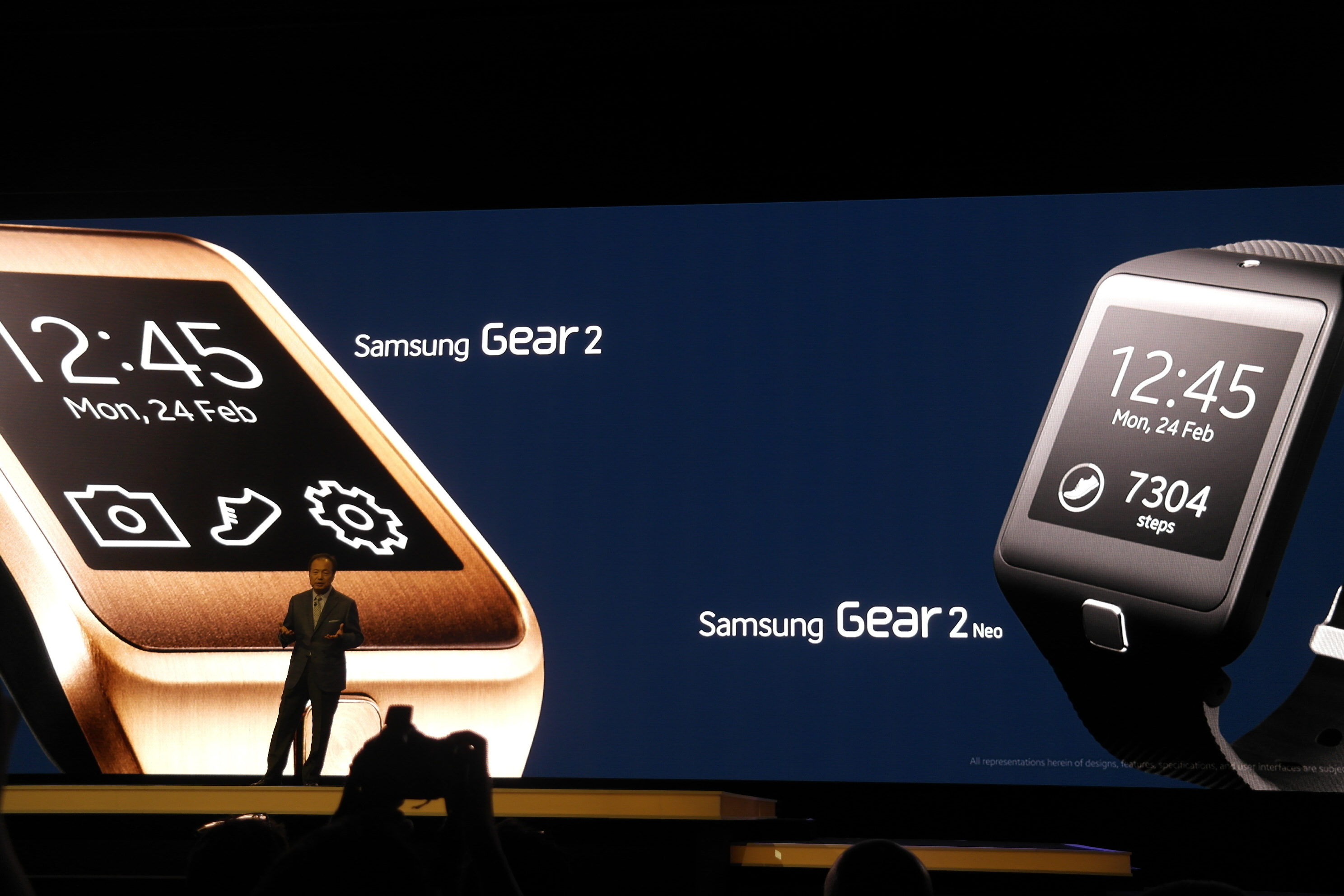 Samsung’s Gear portfolio has three new additions and Gear Fit was the last device to be introduced at the Samsung Unpacked 2014. Gear Fit looked like a perfect device for people who has the desire to stay healthy and fit. It was light and simple enough for people to wear and still be as active as they want. Here were some key moments.

〮 The Gear Fit weighs in at 27 grams.

〮 You can also swap out the straps.

〮 Gear Fit has instant notifications and simple interaction with other Galaxy devices, such as call reject, alarm control, and quick message reply, which has been impossible with other fitness bands.

〮 Gear 2 and Gear Fit have a built-in Heart Rate Sensor so you can customize your workout plans. 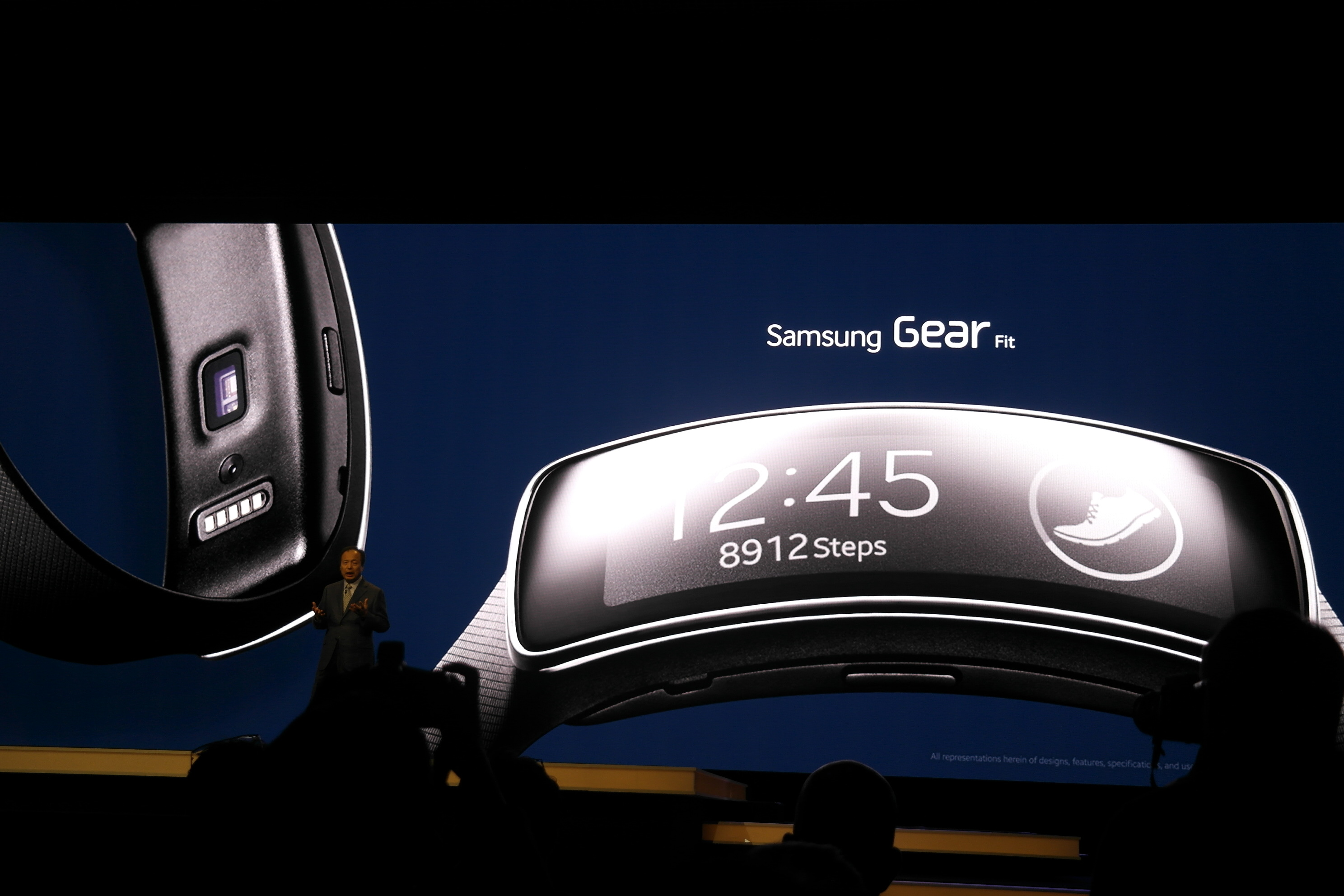 Long story short, that was pretty much what happened. If you want to find more details about it, you can check out the full script of the live blogging or our MWC special page for lists of contents we have on Samsung Tomorrow. Now the Samsung Unpacked 2014 is over, we can tune in our attention to other fine things happening at the Samsung booths at the MWC 2014. We will try to bring you the most comprehensive coverage of the MWC 2014, so please stay tuned with us for the rest of MWC 2014! 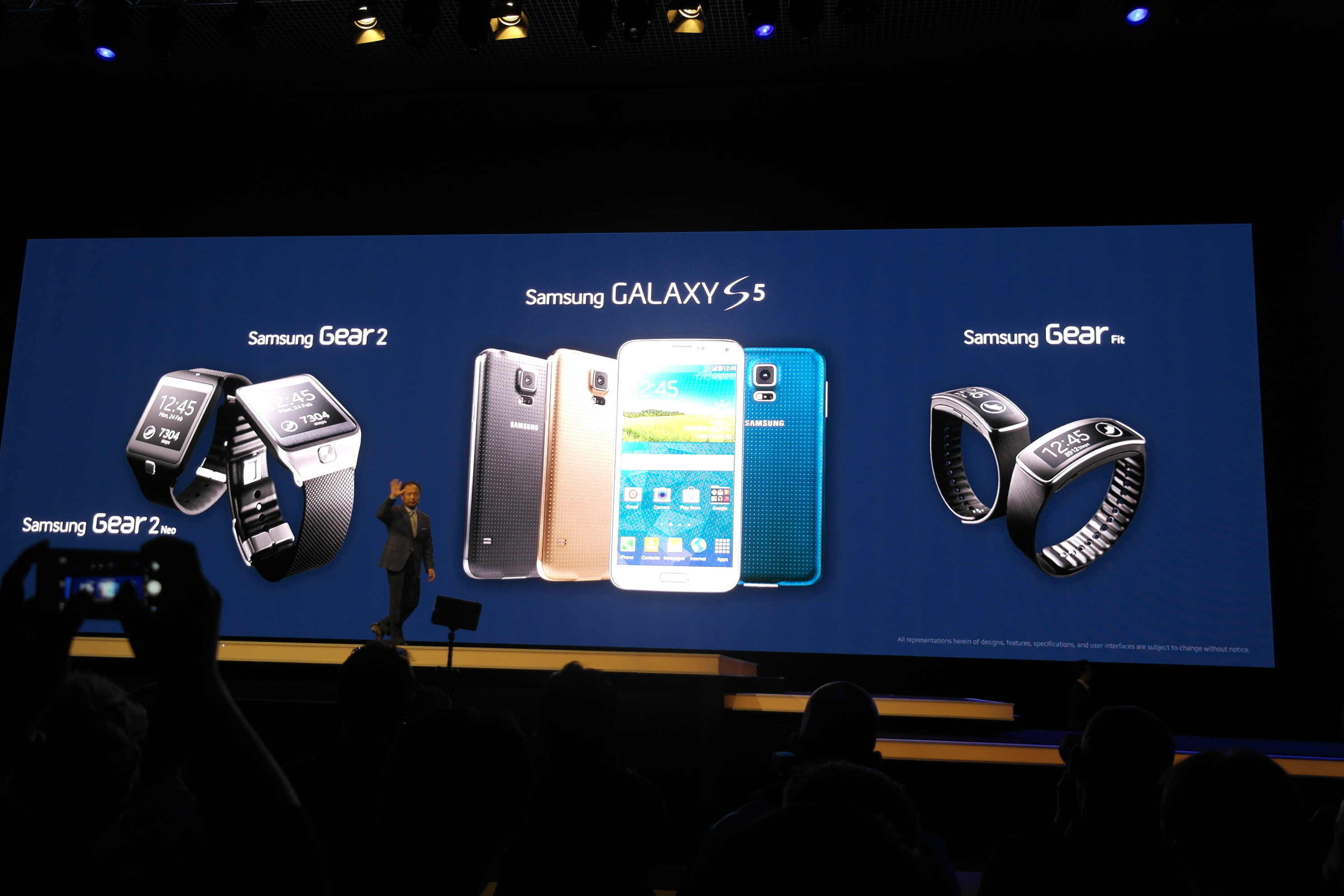