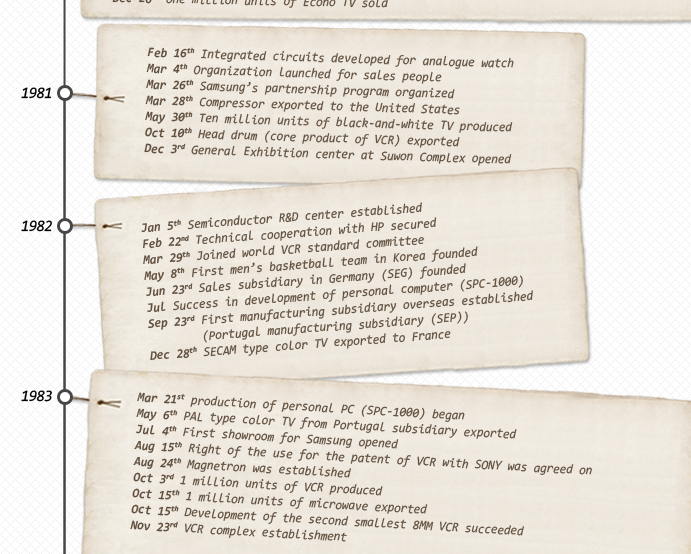 In March, 1981, Samsung Electronics acknowledged the fact that its partnerships were crucial for their businesses. Therefore, they launched an organization to help strengthen the relationships between Samsung and its partners. Samsung systemized their 2000+ partners into categories to develop better mutual relationships, as well as providing training opportunities for all involved. 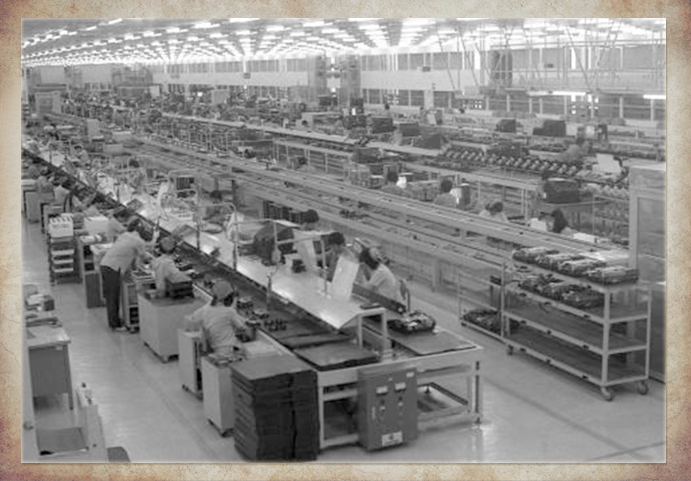 Samsung started in Portugal for a few reasons.  In 1982, Portugal had the lowest distribution rate for TVs in Europe and had an eager low-cost workforce. Portugal was also about to enter EC (European Community) so the timing worked out well for Samsung to enter Portugal’s market in preparation for the near future.

Samsung Electronics signed a partnership agreement with EMACET, one of the top three color TV assembly companies in the world, and MRI, a home appliances sales company in England. Samsung established Samsung Electronics Portugal Inc. to manufacture 1.5 Million units of color TVs and started to produce color TVs in September 1982. Later on, the Portugal manufacturing subsidiary moved on to export their TVs to the Netherlands, Denmark, England, and Germany.

1983 was a big year.  Samsung started to make personal computers and succeeded in developing an 8-bit PC (SPC-1000) as well as upgrading information processing technologies. By 1987, the 32-bit SPC-6000 had the fastest speed in terms of data processing and it was the optimal device for CAD/CAM and engineering groups.

Next week we’ll talk about Samsung Electronics’ semiconductor breakthroughs and the sponsorship of 1986 Asian Games and 1988 Seoul Olympic Games.