Samsung addresses the future and finds a home

BK Yoon opened up the press conference, addressing the dramatic changes ahead for the industry and how Samsung plans to cope with them. First he addressed and briefly explained the four key factors that could change the world: Connectivity, Urbanization, Aging Population, and New emerging risks. 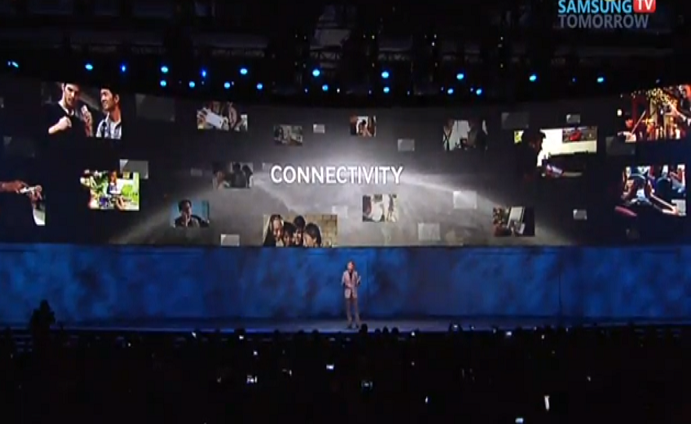 BK Yoon’s presentation was followed by Tim Baxter. Emphasizing the rise of ‘device to device’ communication, he announced that the Samsung Smart Home Service is going to be unveiled at CES 2014.

Samsung Smart Home will provide three key services in and out of the home: device control, home view and Smart customer service. The Smart Home Service Protocol is planned to be open to third party developers this year.

Samsung, once again, partnered up with the biggest players across all industries. If you take a look at some of the guest speakers at the press conference, you can get a sense of how important ‘providing quality content’ is to Samsung. 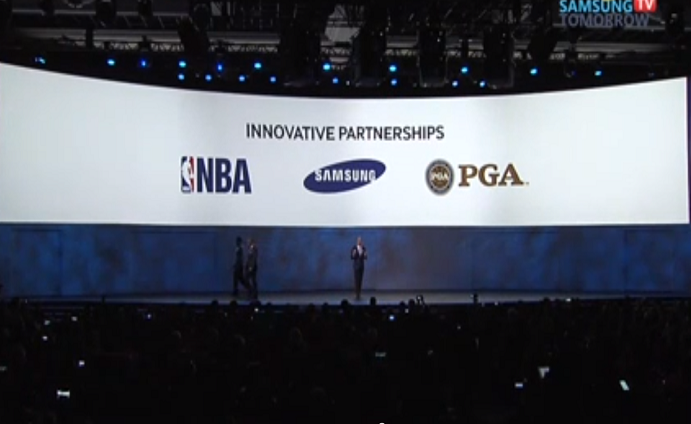 Samsung is also partnering up with Turner Sports, the company behind the NBA, MLF, NASCAR and more, as well as TBS, TNT and truTV.

We already know from the Press Release that Samsung has announced its 105″ Curved UHD and 110″ UHD TV. While showcasing its gigantic screen size and jaw-dropping display quality, there was also a brief talk about the inevitability of UHD. Samsung also once again ensured that there will be plenty of UHD content available through massive partnerships with studios like FOX and Paramount pictures, VOD streaming companies such as Amazon, Netflix and M-GO, and cable and satellite providers like Comcast Xfinity TV and DirectTV. 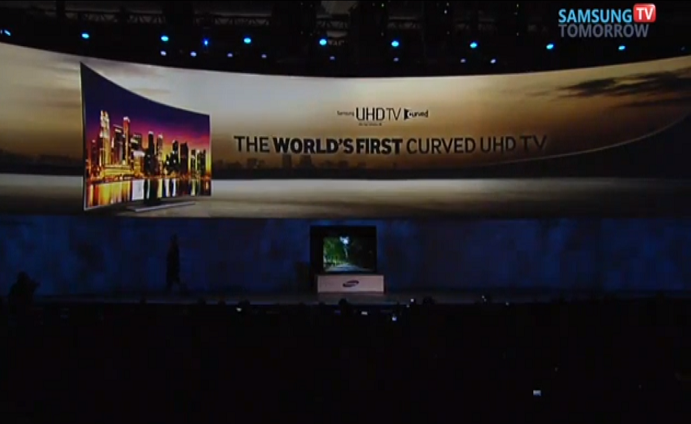 Also on display were some of the improved features, such as MultiWindow and Smart Hub’s new Games panel.

However, the surprise was at the end of the presentation, which showcased the Bendable TV! “At first glance, it’s a flat-plane with UHD TV with all of the features we’ve (Samsung) outlined, but with the touch of a button, it transforms into a Curved UHD TV.”

Samsung wants you to cook and clean up after better

Samsung also showcased its washing machine, aptly named Big Boy. The new washing machines can handle 4 times as much laundry, which is about 4 baskets or two king-size comforters. It has the largest capacity on the market. The Samsung Front Load can also wash a load in 30 minutes with the SuperSpeed technology.

Samsung Press Conference finished off with the announcement of a new tablet line up. With the increasing demand for tablets and the advancement in technology, such as WQXGA display and improved Multi Window feature, it unveiled the Galaxy Note Pro and Galaxy Tab Pro. 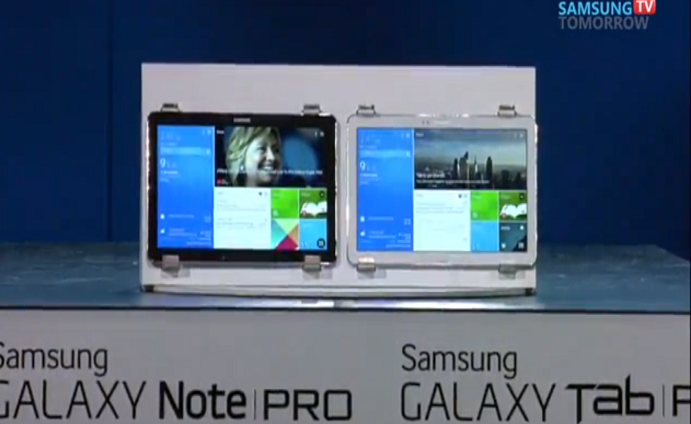 CES 2014 officially kicks off tomorrow, and will run from the 7th to the 10th of January. During the course of CES 2014, Samsung Tomorrow will cover the exclusive information on the products that have been mentioned above, so please stay tuned and connect with Samsung Tomorrow.