How the Digital Inverter Compressor Has Transformed the Modern Refrigerator 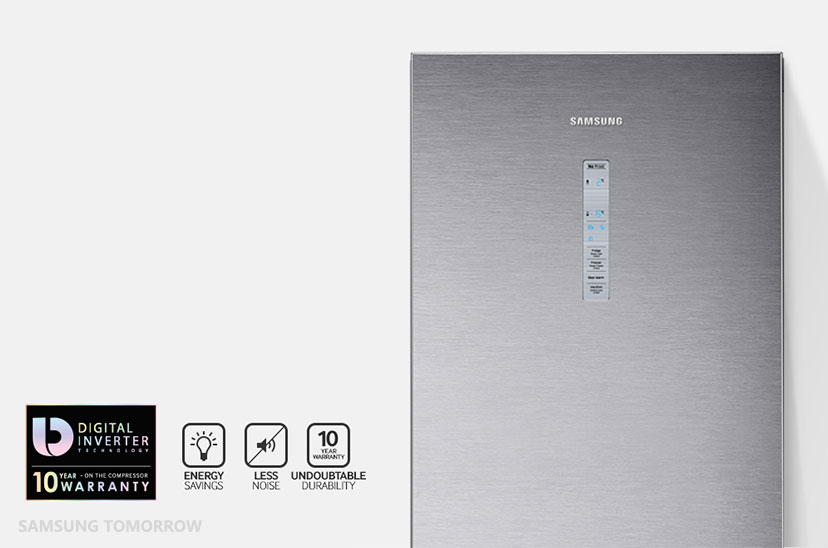 Today, digital inverter compressors are the main technology used in Samsung’s signature refrigerators, including those that are part of the Chef Collection, the T9000, as well as food showcases and large-capacity premium refrigerators. This has played no small role in Samsung’s ascent to become the world’s top refrigerator manufacturer.

Samsung really began its rise in this area in 1999 when the company pushed investment in BLDC (brushless direct current) inverter compressors. Since then, Samsung has continued to expand its investment in research and development, hiring a highly skilled team of researchers, which has enabled the company to remain on the cutting edge of technology. From 2000 to 2014, Samsung sold a total of 27.5 million BLDC inverter compressors, which are highly efficient and less noisy compared to a single-speed induction motor compressor. BLDC motors are also better in terms of reliability and longevity. The current Chef Collection refrigerator employs a fifth generation technology of BLDC inverter compressor.

The lack of abrupt starts and stops means no sudden, potentially startling disruptive noises interrupting you dinner. Digital inverter compressors are also far less noisy overall: up to 3 decibels quieter. And the consistent, uniform cooling that maintains the desired temperature means food lasts longer because changes in temperature can lead produce, meat, fish and dairy to spoil more quickly. It all means that consumers will save money on both their electric bills and food costs.

When Samsung sought input from its highly influential group of culinary experts, also known as the Club des Chefs, they emphasized that temperature uniformity is a crucial component of any fridge that may be used in a Michelin-starred kitchen. Chef Collection refrigerators boast “Chef Mode,” which ensures that the temperature fluctuates no more than plus or minus 0.5 degrees celsius. The Chef Collection refrigerator is equipped with three evaporators and two compressors to control humidity. It is also made of stainless steel panels, which help to keep the temperature consistent.