In our previous post, Samsung Wins 39 iF Design Awards This Year!, we, Samsung Tomorrow, mentioned that Samsung Electronics had won 2 iF Gold Awards at the iF Design Award 2013, one of them being for theA4 Color Laser Printer (CLP-415 series) and Multifunction printer (CLX-4195 series).Since this printer series obviously has a lot going for it, we thought we would provide you with the back behind story of how the award winning printers were created. To get the true inside information, we connected with our affiliate, Samsung Electronics LiVE, who was able to chat directly with Samsung’s designers of the outstanding printers. 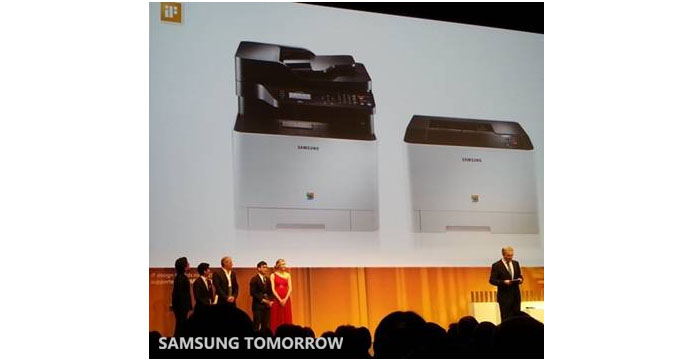 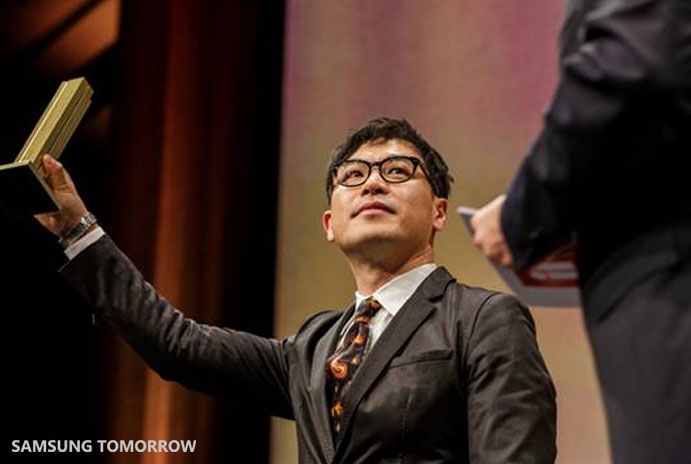 Simple Is the Best! 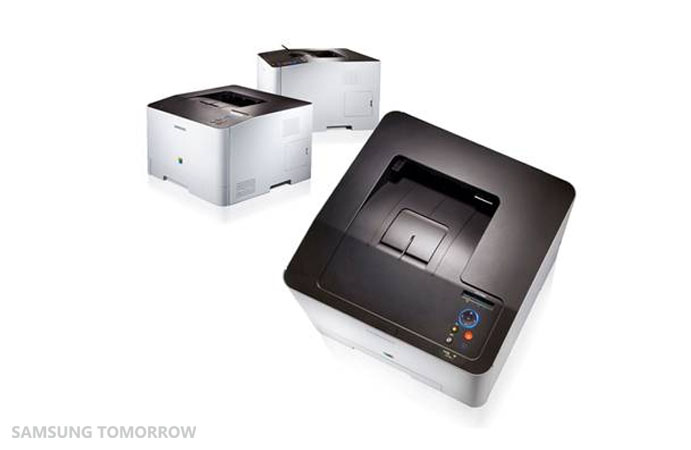 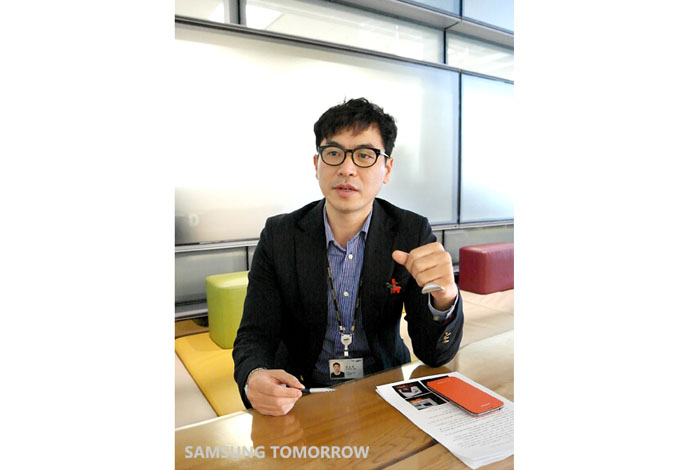 The interface part of the printer, produced in an ebony brown color, was created with the concept of ‘organic design,’ so that the users can conveniently pull out their printed results. Also, the storage area (which you can see in the photo is light gray) focused on the simplest concept of design to make the printer look more sophisticated and organized.

Usability and specification completed by our designers 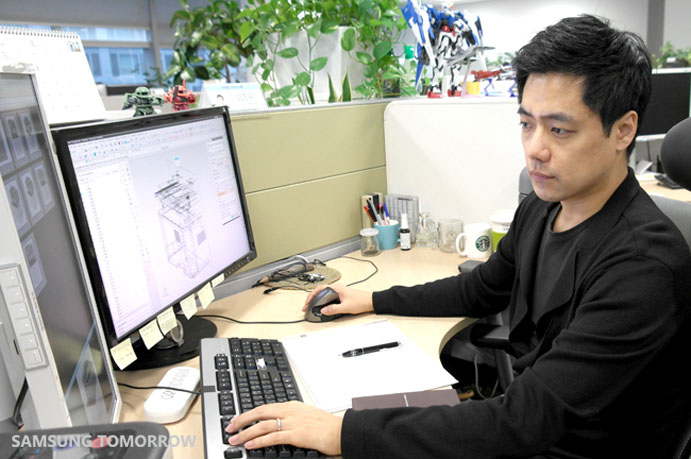 Printers are usually separated into three different types: small printers for personal use, medium sized printers for small businesses, and high-end printers for enterprise customers. Since printers are often used at all levels of business, our designers thought that a ‘Universal Design’ was necessary.

All of the buttons on Samsung Electronics A4 Color Laser Printer (CLP-415)/ Multifunction printer (CLX-4195) were carefully considered and organized, so that the most often used buttons are placed on top of all the other buttons. Also, the color printing button is blue, and black and white printing button is black so that users can tell the difference intuitively without confusion. All of the buttons on the printer were carefully examined, designed, and placed at an ideal angle for users.

In design, there is an idea that ‘prestigious products are powerful in detail,’ and this concept was applied to CLP-415 / CLX-4195. To complete the best designed product, Samsung Electronics Color laser Printer (CLP-415)/ Multifunction printer (CLX-4195) were created exactly the same as the original mock-up designs, with painstaking attention to detail.

Samsung has found that detail-oriented design works result in the best quality printers for our consumers. 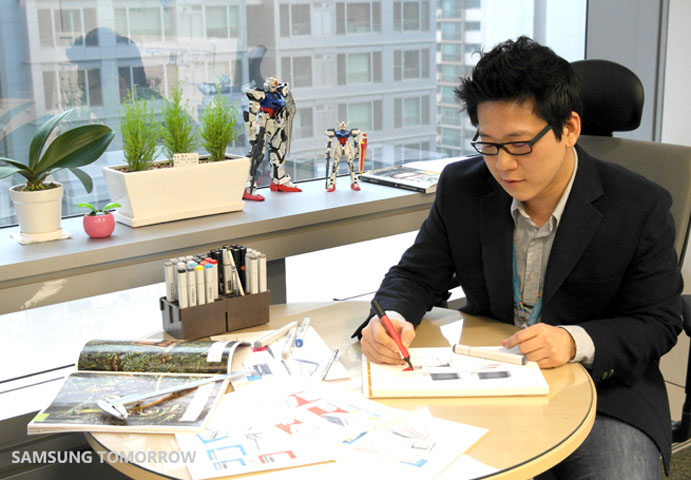 A4 Color Laser Printer (CLP-415) and the Multifunction printer (CLX-4195) were unveiled with a total of seven different series products. These are the results of Samsung Electronics’ carefully maintained goals of creating ‘integration design identities.’

Various ideas were collected from thedesigners, but it was still not easy to design a series of bigger sized products. 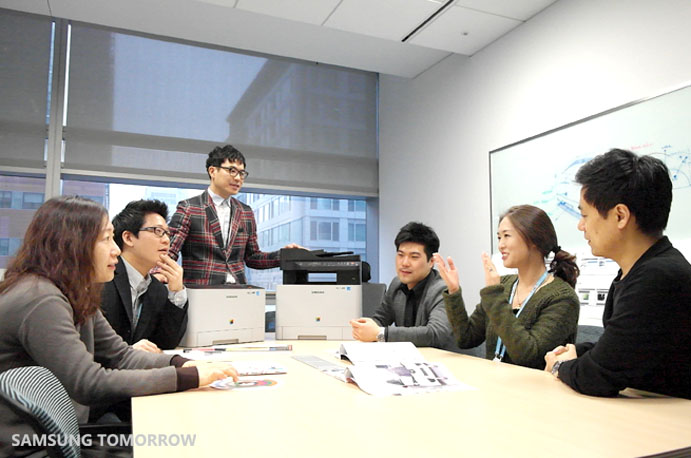 With our company identity based on our designers’ meticulous dreams and goals, the Samsung Electronics Printer series was revitalized.

Our printer series designs are proving our company’s success and competitiveness by receiving numerous awards at ‘if Design Award,’ Good Design, G-Mark and PIN UP.

We are looking forward to seeing continuous remarkable success from our Design Group! 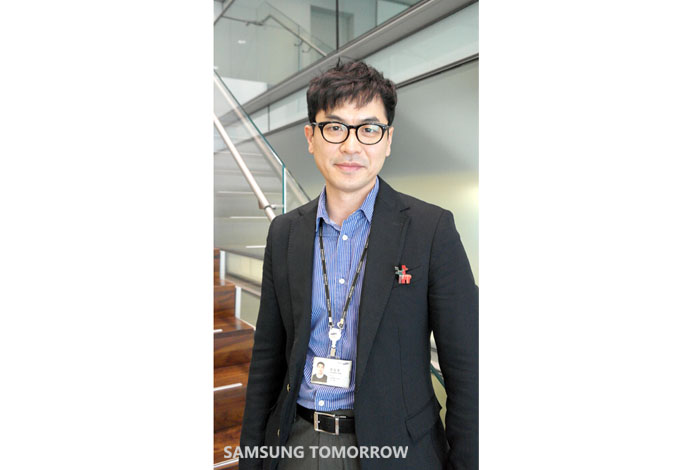 Seungwook Jeong also mentioned that the main thing that we need to focus on is our customers’ gratification of our products in our rapidly-changing society.

Our partner, Samsung Electronics LiVE, and we, Samsung Tomorrow, are both looking forward to a further success of our printing design department. Aren’t you also excited to see how Samsung printers will develop? Tell us how you want our printers to be like in the near future by leaving us a comment below!