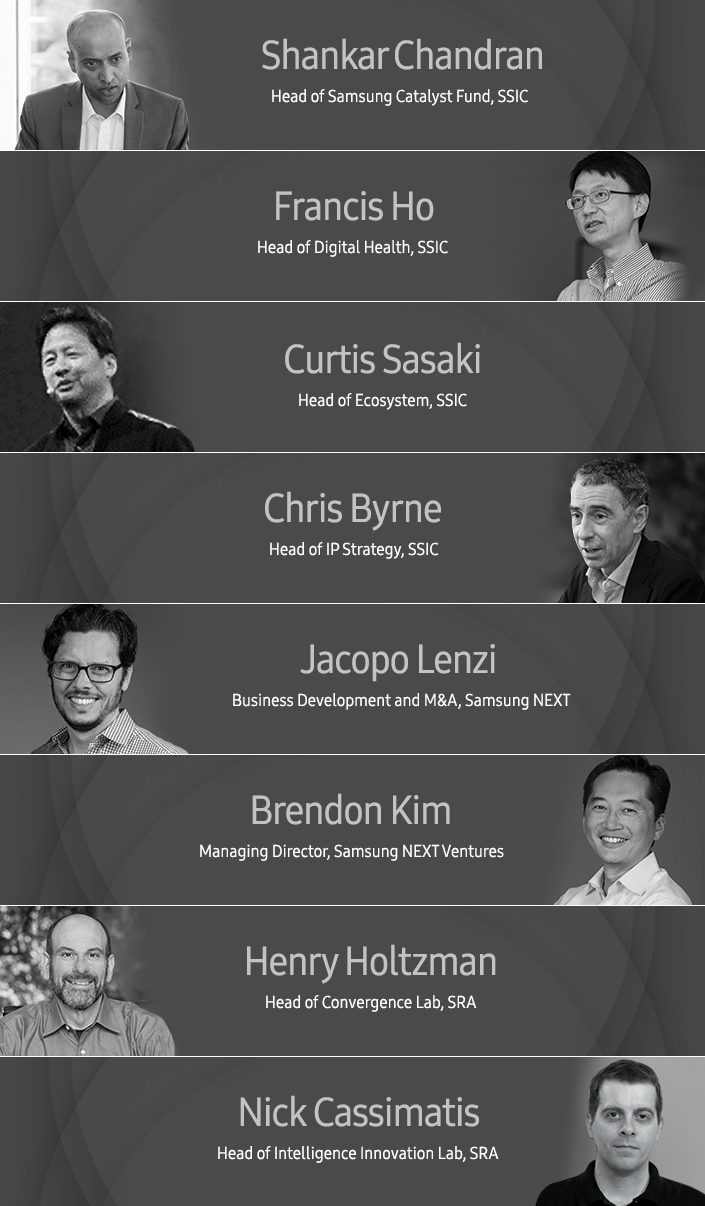 Through strategic investment in products and hedging against risk in market entry, Samsung had, by the first decade of the new millennium, become the world’s largest technology maker. It leads various product categories – ranging from semiconductors to smart devices to home entertainment. Intent on continuing growth for the future, however, Samsung leaders actively sought to explore ways to cultivate innovations like IoT, AI, and the data economy, with their enormous potential and ability to break across traditional silos.

In leadership gatherings throughout the late 2000’s, Samsung Electronics’ top management articulated the direction even more directly to their brain trust of leaders: “How do you grow when you’re already the largest company? What are we going to look like ten years from now? It will be our critical mission to figure that out.”  While the past approach had involved Samsung benchmarking other players and finding a strategic position in ripe markets, the future called for it to take ownership of its growing industry leadership and be the catalyst to lead the future.

Having established Samsung Semiconductor (SSI) in Silicon Valley more than thirty years ago, Samsung leaders had long recognized the area as a nexus of open innovation, with SSI having played an instrumental role in the valley’s growth. In addition, and perhaps more importantly, Samsung leaders had also experienced in the valley prime example of the benefits in innovation to be cultivated from a ‘failure as fruitful’ approach – where mistakes and failure, both individually and with others, could drive innovation, and fine-hone developments.

In considering Samsung transforming for the future, the insights of SSI seemed a natural place to start, and the prospect of leveraging expansion into the valley as a vehicle for change, tantalizing. Realizing they were onto something, Samsung’s brain trust next went on a manhunt to recruit the best and brightest industry leaders as well as valley veterans, and soon had the core pieces in place including Young Sohn, currently president and chief strategy officer of Samsung Electronics, and David Eun, president of Samsung NEXT and Samsung Electronics.

Shankar Chandran, who also was recruited into the mix to head the Samsung Catalyst Fund after 15 years as an active venture investor and former engineer, describes the vision coming together: “The tech world is consolidating behind certain major players and Samsung is one of the most prominent technology companies of the last decade. Joining the company and investing on behalf of Samsung is much more rewarding and impactful than as an independent investor. Our driving vision is simple. How do we lead in new areas?”

After beginning strategic expansion in 2012, Samsung in Silicon Valley today boasts about 2,000 employees working across five major units throughout the Bay Area. The scope of work is both diverse and comprehensive from investments and partnerships in disruptive technologies and start-ups to hardware innovation in semiconductors, storage, and LCD panels to work in advanced software and the user experience.

While Samsung’s presence in Silicon Valley is diverse, each unit plays a unique and key role:

Samsung NEXT (est. 2013): Samsung NEXT (formerly Open Innovation Center; Global Innovation Center) partners with innovators to build ideas into products, and grow products into businesses that scale, leverage and transform the broader Samsung ecosystem. Samsung NEXT has empowered thousands of entrepreneurs around the world through incubation, investment, partnership and acquisition. To date, the company has made more than 70 investments and has led the major acquisitions of startups including the mobile-payment solution LoopPay (Samsung Pay), the open IoT platform for connected home SmartThings, and the next-gen AI assistant Viv. In early 2017, Samsung NEXT launched a USD 150 million fund to increase Samsung’s global support of early-stage startups, pursuing advanced software and services innovation in areas such as cybersecurity and IoT, among others.  Beyond Silicon Valley, Samsung NEXT also has a team in Korea and has expanded to include locations in the hubs of San Francisco, New York, Tel Aviv, and most recently, Berlin.

Samsung Research America (SRA) (est. 1988): With roots tracing back to 1988, SRA moved into its new Mountain View campus in late 2013. SRA, which also has campuses across North America, researches and builds new core technologies to enhance the competitive edge of Samsung products, and strengthens open innovation by leveraging key relationships with start-ups and academic institutions. SRA consists of several labs from the Mobile Payments and Security Lab which focuses on technologies like Android, Knox, and Samsung Pay to the Digital Solutions Lab which feeds into Samsung’s visual display business to the Computer Science and Innovation Center focusing on areas like AI and convergence. The key approach of SRA is to bring all these units under ‘one roof’ to improve synergy and interwork across Samsung’s R&D efforts.

Samsung’s efforts in Silicon Valley are transforming its very own operations and business strategy. Innovating today to transform tomorrow, the focus is on priming technology and partnerships to identify, address and guide human-centric trends that will ultimately transform society, for real people everywhere.

While the investment portfolios are not always directly related to Samsung’s core businesses and existing product portfolios, they do aim to forecast wholly new sectors for the future. Samsung leadership is also very much nurturing this spirit to percolate throughout the entire Samsung organization – the aim not simply about the consumption of products, but the way the technologies become tools to transform the way Samsung invents, works, and collaborates with its broader ecosystem of industry peers and partners.

Part two of this series will look more specifically into the work of SSIC and Samsung NEXT, and how the teams there are driving for change and success across unique platforms and innovation areas.