Inside the Design: Curved OLED TV

When Samsung Electronics announced the Curved OLED TV in June in Korea, people were speechless. Curved TV? The idea certainly grabbed people’s attention. The design of it was, surely, the first of its kind. How did they do it? How did they design it and why? 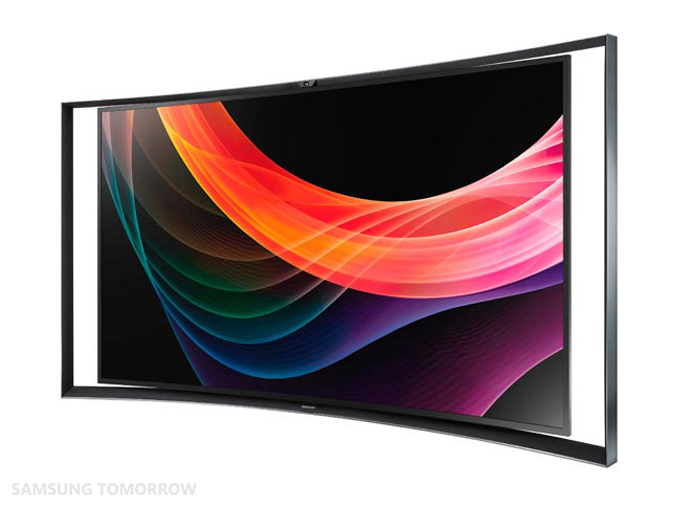 Filled with curiosity, we met up with the designers of Curved OLED TV and started asking questions. Are you ready for some inside secrets behind the design of the groundbreaking TV? 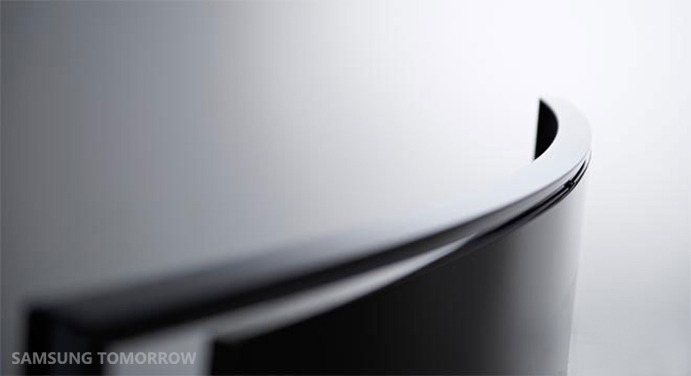 The design of the Curved OLED TV is called the ‘Timeless Arena’ design, a luxurious curved frame inspired by the curvature of a beautiful arena. The beauty of the science behind this unique design is that the distance between the viewer and TV screen is the same from almost any angle, which presents the utmost picture quality.

Sungil Bang, the main designer, came up with the concept behind the design when he was at the opera. Looking around at the audience, he noticed their intense concentration on the characters and the connections that developed out of that focus.

He asked himself, “Why are people so ‘emotionally concentrated’? He started to research the correlation between ‘concentration’ and ‘emotion’. 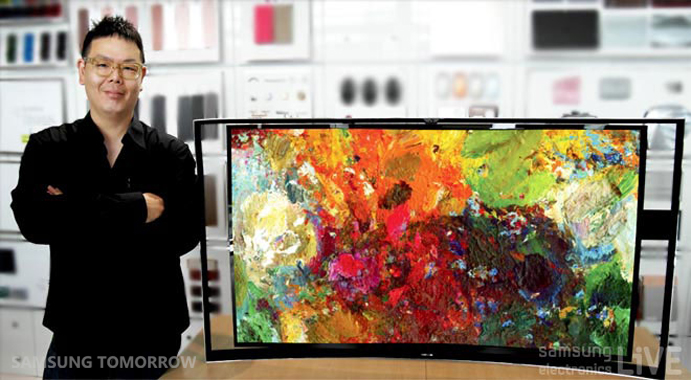 He realized that people were deeply concentrating when the scenes of the opera and music were harmonized to perfection. That was when he thought about bringing that concept to TV.

Designer Bang told us that the R&D team had a difficult time creating the excellent sound, especially implementing speakers into the frame. However, thanks to the team’s strong effort, they eventually established a built-in speaker on the frame, which produces a high quality sound.

While designer Bang focused on ‘emotion,’ designer Hyesung Park, concentrated on ‘pixel,’ which she believed to be environmentally harmonious. 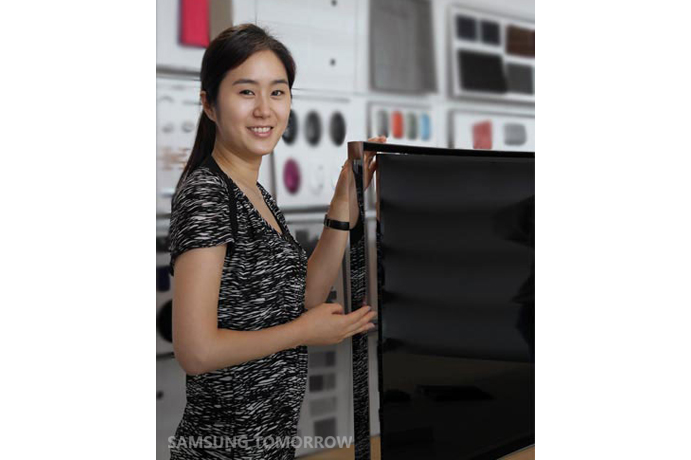 Hence, it is clear that the immaculate image quality of the screen and the premium sound of the curved OLED TV make it very easy for people to concentrate on the content.. 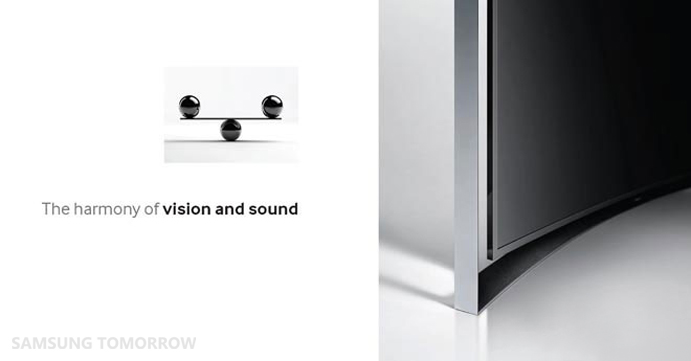 Center of the Evolution of the Design: Samsung’s Design Philosophy and Values

Moreover, both designers Bang and Park wanted to include Samsung’s design philosophy and values on the Curved OLED TV, while considering all design features such as curvature, material, and the final touch.

Their biggest challenge was to show the beauty of the harmony of a straight line and a curve. They drew thousands of sketches and drafts to create the perfect design. Finally, they created a TV with the optimal harmony of the beautiful straight and curved lines crossing. 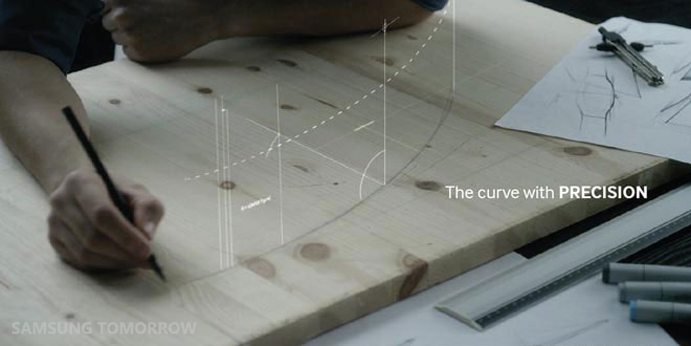 The frame and the curve of the screen were designed to have different curvatures. This was to provide the best Field of View (FOV) through the TV screen and make the viewers feel almost like they are being hugged by the TV thanks to the more bent exterior frame.

In addition, to express the philosophy, premium metals were used as the main material of the TV. The usage of premium metals was another feature of the ‘Timeless Arena’ design. The metal frames added a touch of elegance and sophistication. 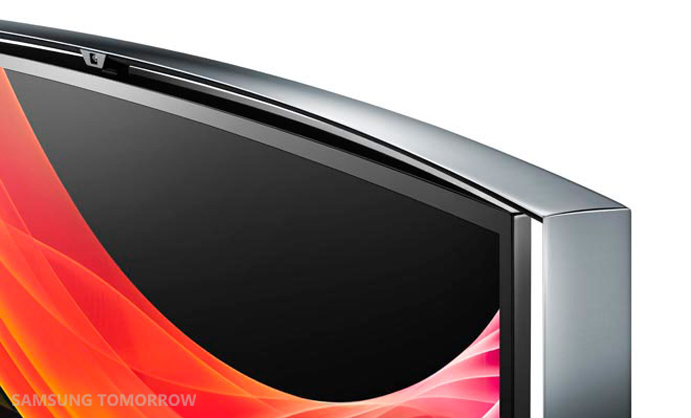 Communication and Cooperation among All Contributors

The Curved OLED TV was able to project its purity, elegance, familiarity and freshness, while keeping Samsung’s basic values and design at the same time thanks to all the people who have participated in the design process.

Designer Bang also commented that without the discussion with and cooperation by the people who took part in the project, he would not have been able to design the Curved OLED TV like it is today. By talking and sharing ideas with each other, he learned to understand the other person and realized what good communication is. With this kind of process, both the designers and people who were connected to the project were able to cooperate well, creating the synergy to produce the best result.

Therefore, the three features that led to the success in designing the Curved OLED TV seem to be ‘concentration,’ Samsung’s values and philosophy, and cooperation. Without these characteristics, the Curved OLED TV wouldn’t have made it to market.

Final Thoughts from the Designers

Since the design of the Curved OLED TV focused on user friendliness, we wondered what kind of design philosophy both the designers wanted to deliver to the users. 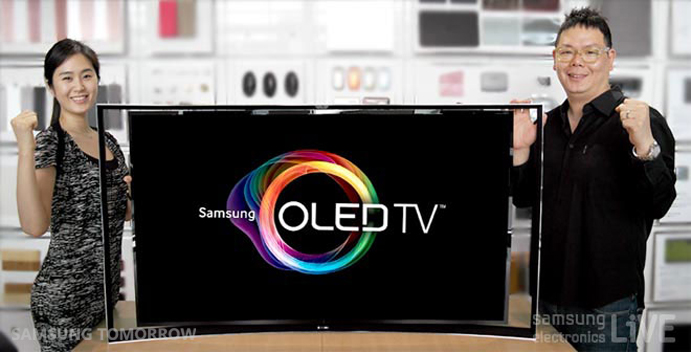 So there you have it – Curved OLED TV is the present and the future of TV – and it will surely find its way into your hearts!