Internet of Things (IoT) has been the thing for a while now, everyone’s talking about it. But it’s hard to put a finger on what exactly it means – there don’t seem to be too many physical, practical applications yet. Well, that’s probably because IoT is still in its beginning stages. 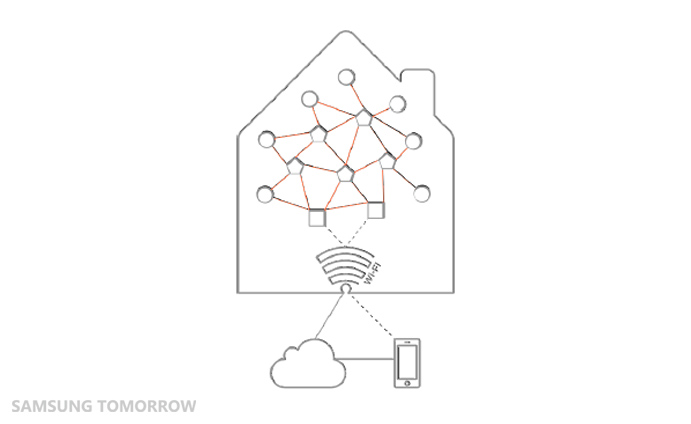 On the consumer’s side, IoT is very exciting, opening up imagination to all sorts of things that can be connected. On the developing side, it’s very very exciting too – so many possibilities. But there also are so many things to take care of before we can start building, well, things. Yes, we need ideas, and a picture of what the new lifestyle will look like, and solutions like products and services to support that. But we first need an infrastructure. How we’re going to let the things communicate – what network, what protocol, what technology, what parts, what chips, etc.

Well, Samsung’s been pretty busy doing just that – and it seems we’ll be at it for a while.

Last week, we announced that Samsung, with 5 other companies, established the Open Interconnect Consortium (OIC). The purpose of this consortium is basically to define connectivity requirements to ensure interoperability (that systems can work together or inter-operate) of the 212B devices by 2020 (yes, IDC’s projecting that about 212 billion ‘things’ will be connected by then). OIC is focused on connecting not just devices but also networks and services through a common communications framework and IoT platform.

Today, as the Thread Group announced, Samsung is also joining forces with other companies to kick off the Thread Group. Thread Group focuses more on connecting devices with a simple yet secure IP-based network that enables IoT in the home. For the full announcement, check out: “Introducing Thread: A New Wireless Networking Protocol for the Home (The Thread Group)“