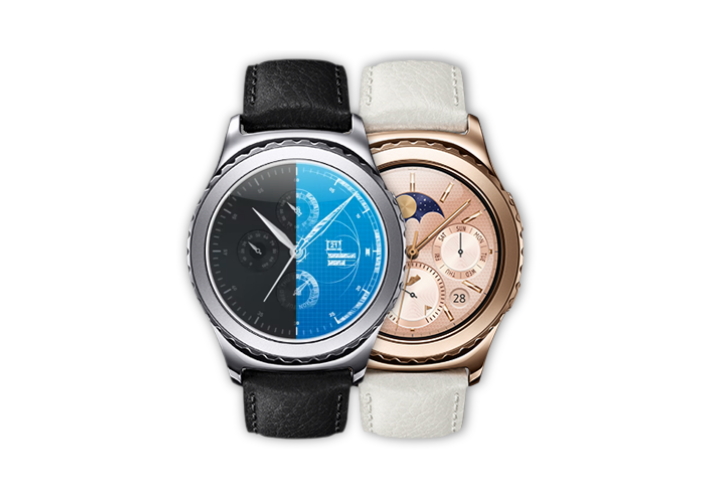 The DIY (Do-It-Yourself) revolution is no longer limited to the world of arts and crafts. From cars to clothes and even smart device user interfaces, the DIY method can be applied to just about anything you care to mention. It is often a perfect means of adding a touch of your own personality to something.

In response to this trend, Samsung has developed the Gear Watch Designer—a program that allows you to make your own unique watch face. It is easy to use and requires neither expert knowledge nor coding skills.

Five of the Gear Watch Designer’s key developers explained more about what makes the program “tick.” 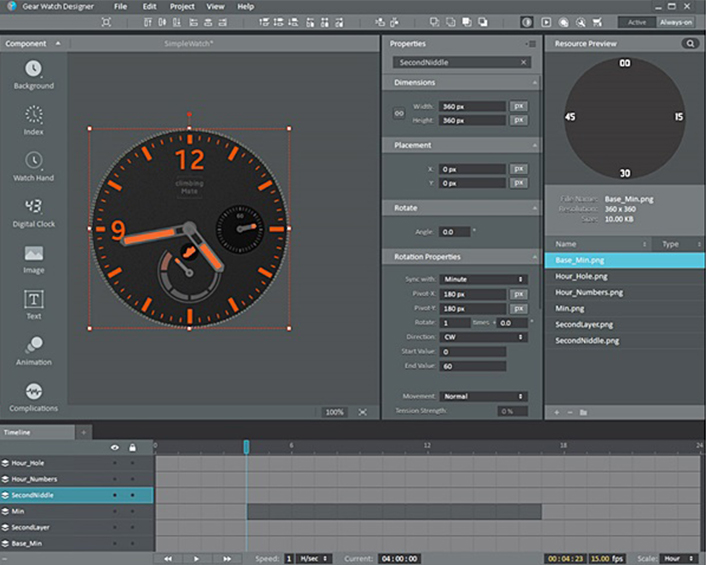 The Gear Watch Designer is home to designer-friendly tools and functions, many of which resemble those used in Photoshop and Flash programs.

DIY Watch Faces Made Easy with the Gear Watch Designer

Previously, non-developer Gear S2 users were not able to personalize watch faces based on their unique preferences, much less share their designs with others.

But the introduction of the Gear Watch designer has changed that.

“In the beginning, we intended to create the Gear Watch Designer as a utility program to help developers. But as we progressed, the general consensus was that it would be better to make a designer-oriented program,” said Young Jae Min, Senior Designer of the UX team.

As a result, the team developed the Gear Watch Designer to allow designers to better express themselves, even if they lacked development expertise.

The Gear S2 maximizes customization, so that users can directly configure its hardware or software, and edit functions according to their tastes. And the Gear Watch Designer only enhances these customization features yet further.

With the program, you can easily add and arrange calendar, heart rate or daily fitness information directly to the watch face, for example.

You can also fully express yourself by customizing the index, hour hand, minute hand and second hand in the colors and styles just as you desire, all the while checking to ensure the designs function properly as you edit them. 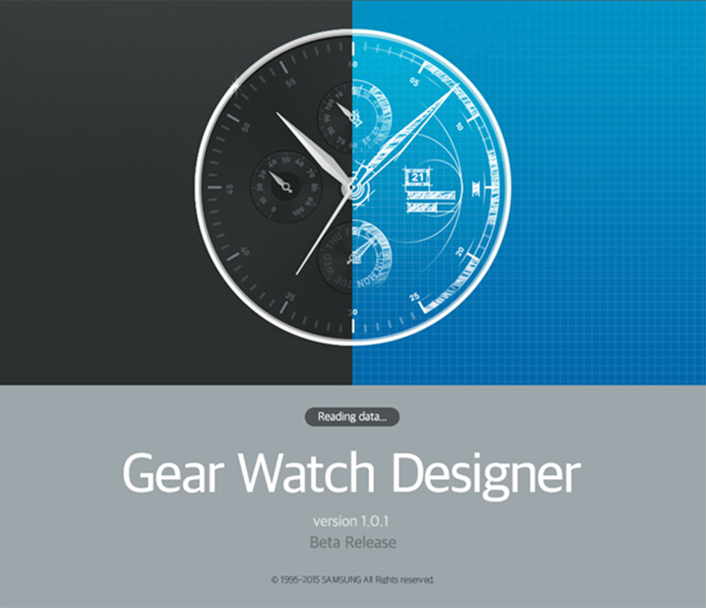 “In the beginning, we intended to make the program simple. However, over the course of its development, it has become more complex as the team has diversified its ideas,” said Moo Chang Kim, Senior Engineer of the Tizen R&D Team.

This rather unique development process, in which the team constantly and collectively brainstorms and shares ideas, has allowed the Gear Watch Designer to advance consistently and in a multitude of ways.

“It has been interesting to gradually expand this project by incorporating our ideas,” explained Hyung Jo Yoon, Senior Engineer of the Tizen R&D Team. “It was a refreshing and novel experience to be able to share ideas between multiple departments in pursuit of a single goal.” 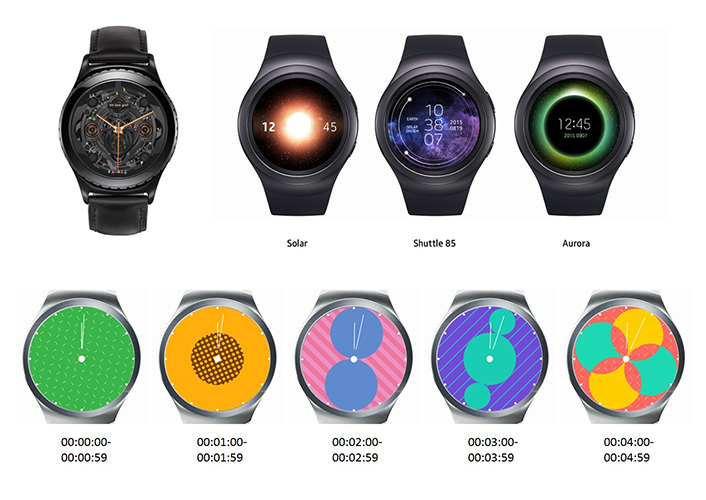 Sample watch faces made with the Gear Watch Designer.

However, as the developers were not all designers themselves, they explain that they found it difficult to find flaws and limitations in the program before they actually launched the beta version.

“We actively encouraged designers to start use the program when it reached the 60-70 percent completion mark,” explained Sang Min Jung, Senior Engineer of the Tizen R&D Team. “We then proceeded to hold contests internally, through which we were able to improve the tool based on employee feedback.”

Thanks to feedback and regular inter-departmental brainstorming sessions, the Gear Watch Designer soon developed into a more complete experience.

As a result, the program now boasts a number of familiar tools specifically aimed at designers, such as animation functions and graphic interfaces. Even more useful functions will be added in the future in the form of updates.

“The Gear Watch Designer has allowed for some significant developments, allowing designers to directly create an end product without the help of developers,” said Sang Hyun Park, Principal Designer of the UX design. “As a UX designer, it’s rewarding to design for the product itself. It’s also very meaningful to be able to create tools that encourage other designers in different fields to create their own designs.”

On March 11, Samsung hosted a workshop at the California College of Arts, UCLA, focusing on watch face design using the Gear Watch Designer. Around 30 design students participated in the event, creating their own unique watch faces using the program. 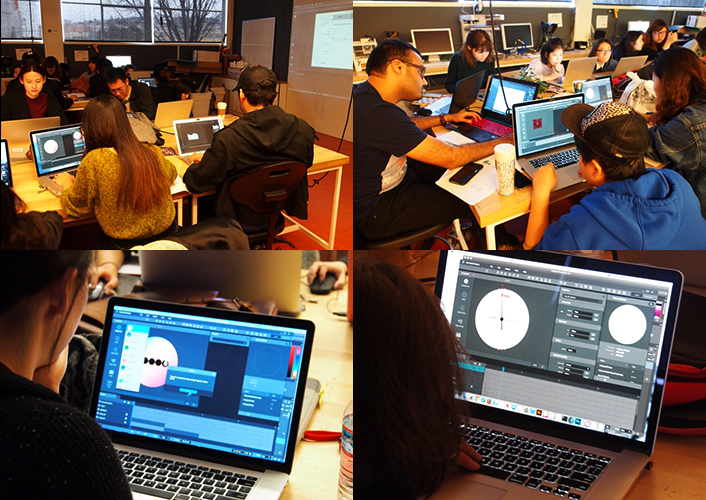 Design students at the California College of Arts, UCLA participate in a Gear Watch Designer workshop.

The team will also showcase the program’s various functions at the Samsung Developer Conference (SDC), to be held from April 26 to 28 in San Francisco, California. 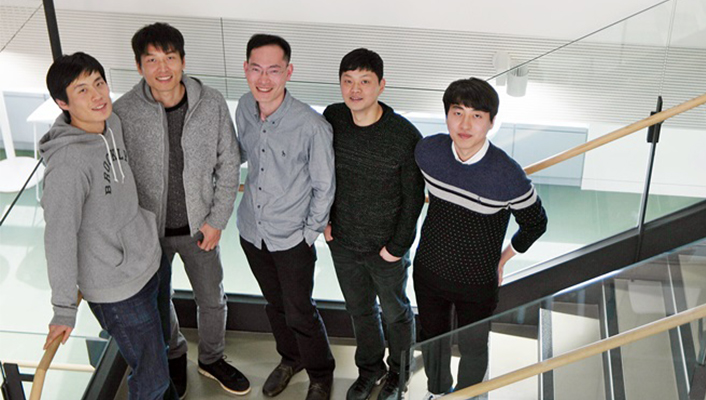