At Galaxy Unpacked 2017, Samsung Electronics demonstrated – on a very big stage with even bigger effects – how the Galaxy Note8, its newest flagship smartphone, is designed for people who have big dreams. Held in New York on August 23, the event was well received by both the media who were in attendance as well as viewers who tuned into the event livestream all around the world. 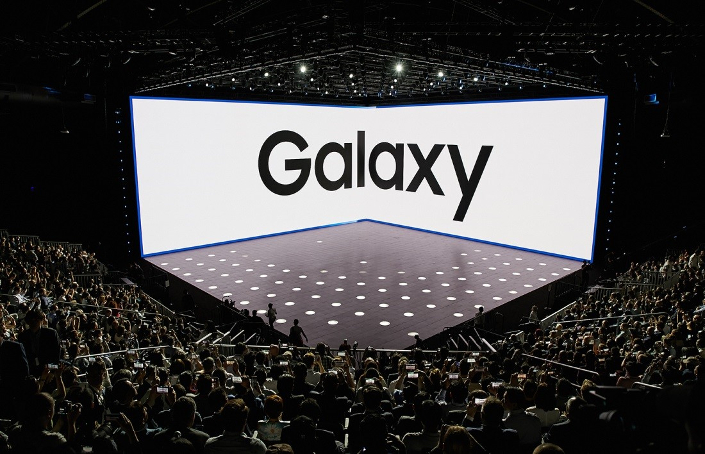 Josh Kim, Daeun Alison Han and Heesung Lee, members of the Global Brand Marketing Group of Samsung Electronics’ Mobile Communications Business, discuss what it took to put the large-scale event together, as well as some of their favorite Unpacked moments.

Q. What was the main focus of the Galaxy Note8 Unpacked event?

Kim: This Unpacked event was all about celebrating the return of the Note and showing our appreciation for Note fans. In fact, we invited 100 Note fans to the event. DJ Koh began his opening keynote address by expressing his gratitude for Note fans and their continued support during the past year. One fan was brought up on stage during the Galaxy Note8 camera demonstration, while others were featured in a video at the end of the event. Being able to make our fans a central part of the event made it all the more special. 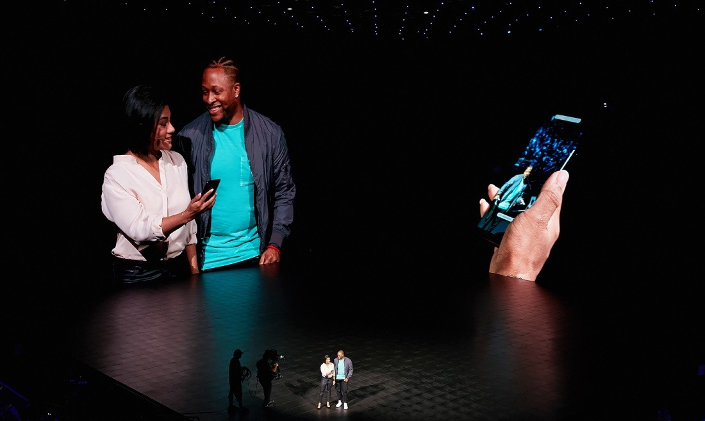 Q. The fan video played at the beginning of the show was especially moving. Can you tell us a little more about it?

Han : We learned a lot from the Galaxy Note7 incident, including how loyal our Note users are. The faith that our Note fans demonstrated for our product was what kept us going in this journey.

We wanted to express our gratitude to these fans, and after receiving their permission, compiled many of their comments to create our Note fan video to convey that message. The process of gaining permission from each and every one of them was not easy, but after posting the video, we received a lot of positive feedback regarding Samsung’s sincere attitude. This was a great source of encouragement for myself and the team.

Q. Both the media and viewers who tuned into the Unpacked livestream were particularly impressed by the stage. What was the idea behind its design?

Kim: We wanted to present a launch event that was just as innovative as the Galaxy Note8 itself. So, we installed two floor-to-ceiling screens and one that stretched across the floor to create a box-like stage. Utilizing special 3D effects, we were able to create the illusion that the stage was “unpacked” at the moment of the product unveiling. In a similar way, we were able to make a number of giant S Pens appear as if they were standing three-dimensional objects. It was our first time attempting this. 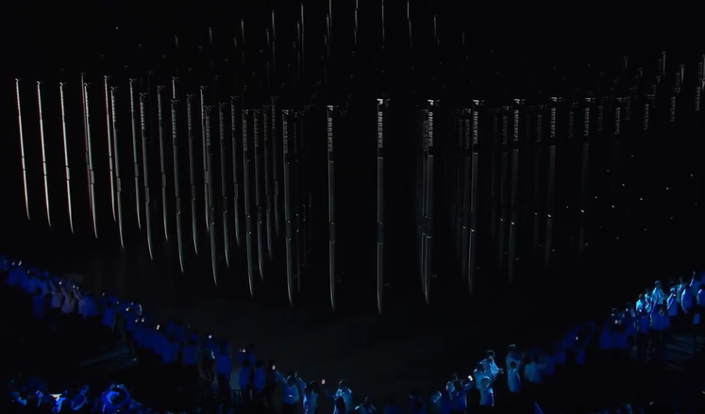 For spectators to get the full effect, the location of the livestreaming cameras had to be just right, and this took a bit of trial and error. Those who watched the livestream gave us great feedback – it was even better than I expected!

Q. What elements do you consider when deciding on an Unpacked venue? Why did you choose the Park Avenue Armory for this event?

Kim: The two most important factors to consider when selecting a venue for an event like Unpacked are seat capacity and space for a stage. It should also be iconic. The Park Avenue Armory ticks all the boxes. It’s a beautiful venue. It’s widely known. And it had enough open space for us to realize the design that we wanted. Conversely, other venues with fixed stages would have limited us in terms of stage design.

Q. The venue’s entrance hall was decorated with a number of Samsung’s The Frame TVs, which displayed stunning S Pen-created artworks. Is there a reason why you incorporated another Samsung product into the event?

Kim: When deciding on the décor for the event, we contemplated how we could cultivate a refined atmosphere that harmonized with the Armory’s classic ambience. We determined that The Frame TV would be the most suitable medium for displaying our content, which is why we collaborated with Samsung’s Visual Display Business. It turns out it was a fantastic choice! 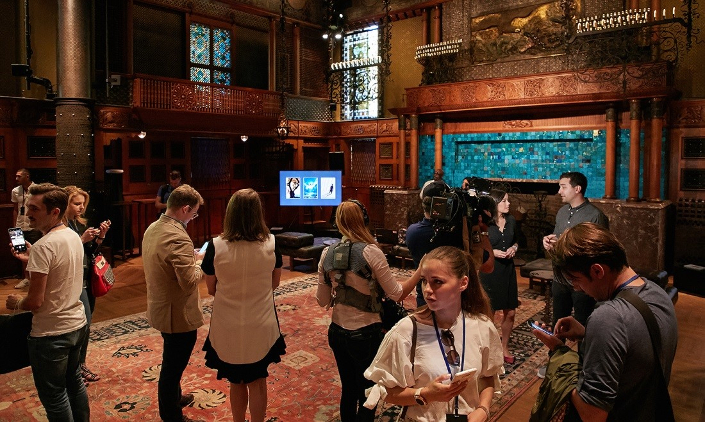 Q. Are there any particularly memorable moments that stick out from this year’s Galaxy Note8 launch?

Kim: At the end of the main event, the Galaxy Note8 and New York cityscape remained displayed on the stage screens. We had anticipated that attendees would immediately head to the experience zone after leaving their seats, so it was a great surprise to watch many of them walk directly to the stage to snap a few selfies. It was completely unexpected and because I had personally been involved with the stage design, I was particularly touched by this. 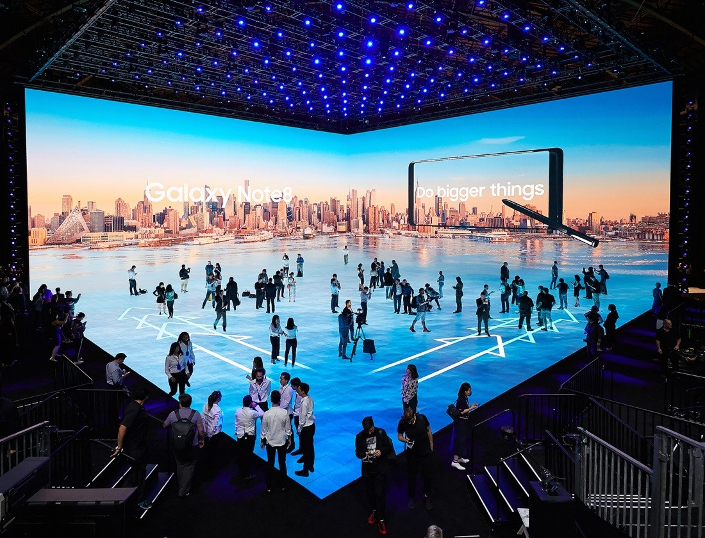 Q. Walk us through the process of planning an Unpacked event.

Kim: We start planning each Unpacked event months before it actually happens. As soon as the schedule is confirmed, we make a list of potential venues. In fact, while we were preparing for this past event, we were simultaneously looking for a space for the next Unpacked.

Two to three months prior to the event, we draw up general plans covering everything from the event theme and stage design to show effects and demonstrations. We begin setting things up onsite about a week before the product launch and work in earnest until the big day.

Q. How do you come up with new event concepts?

Kim: Typically, we refer to other large-scale events and see how they incorporate different effects such as hologram lasers and 3D effects into their presentations. Sometimes we meet with companies that develop these technologies. But we always try to innovate even further to deliver the wow factor and truly differentiate our events.

Q. What’s the most challenging part in making sure each event goes smoothly?

Lee: When scripts are confirmed, we start creating presentation slides. However, finalizing the slides takes a long time since we have to accommodate different requests from multiple departments. Because this isn’t always feasible, changes are often made right up until the last minute.

From time to time, we also have to deal with unexpected complications. During the Galaxy Note8 launch, for example, we experienced a number of power outages prior to the event because we were using so many devices to achieve the best possible effects. Fortunately enough, the event went off without a hitch.

We also did not anticipate how much interest there would be in Unpacked. We were really surprised at the sheer number of people who showed up to participate, including many who hadn’t even pre-registered. 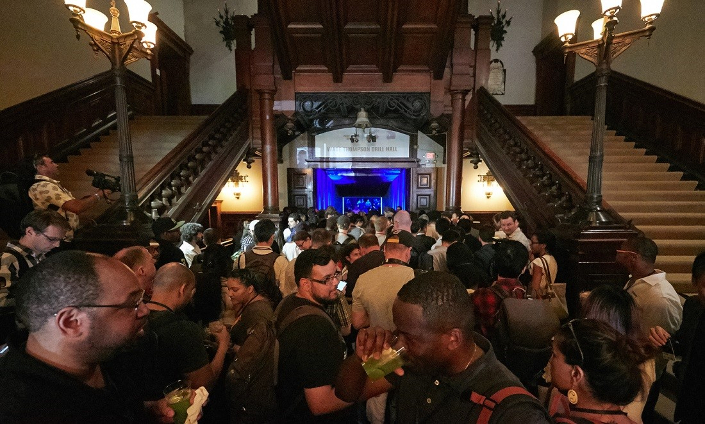 Q. How does it feel to be a part of a team that organizes a globally recognized event?

Kim: It can be a bit stressful, as months of work essentially all boil down to a one-hour event. We work tirelessly day in and day out to ensure that no mistakes are made, but in the end, there are always a few unexpected situations that require quick thinking and creative solutions. Nevertheless, nothing is more rewarding than watching an Unpacked event successfully unfold and getting positive feedback from the audience.

Check out the highlights of Galaxy Unpacked 2017 in the video below.