All eyes are on the Mobile World Congress 2014. Especially with the announcement of the Samsung Gear 2 and Gear Neo, we can already feel MWC 2014, which just kicked off on 24th of February, filling the air of Barcelona with excitement .However, we are going to need to make some more room, because Samsung Unpacked 2014 is just a few hours away. As a connoisseur of excitement, Samsung Tomorrow felt an uncontrollable urge to check out the MWC 2014. Here is our journey to MWC 2014. 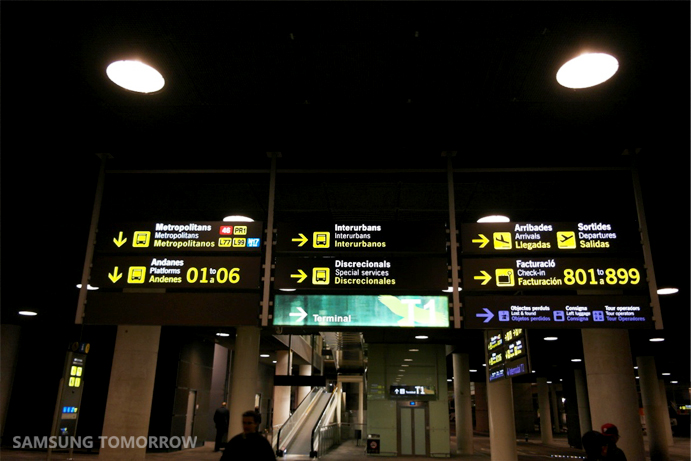 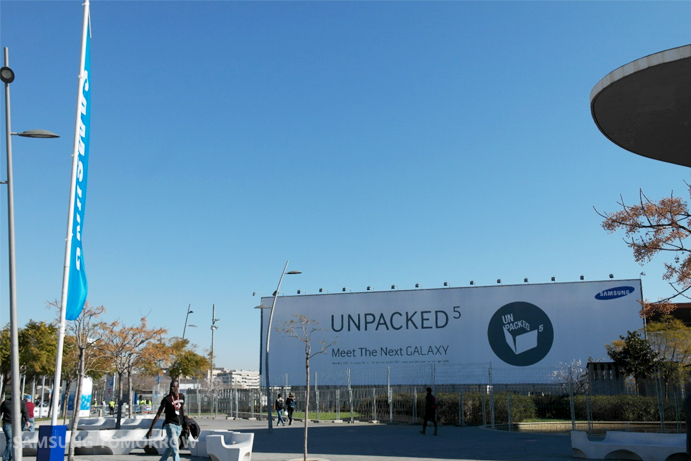 CCIB has a great view facing the sea and  is about 100,000 m2, which is pretty big. With the Samsung Unpacked only being few hours away, you might want to double check the location, since you definitely don’t want to be late for the event. 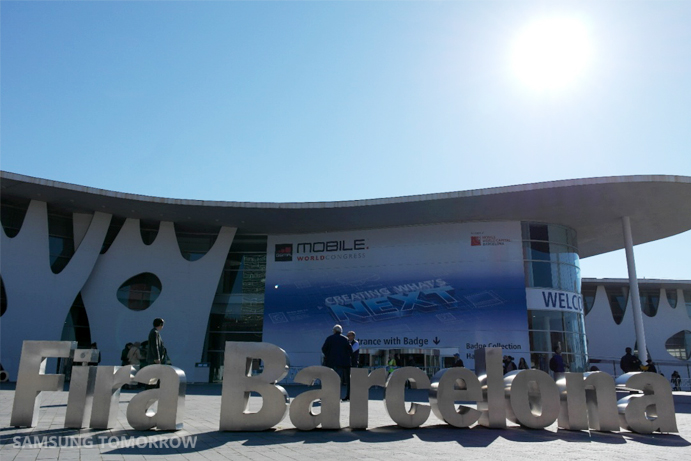 If you are talking about size, the Fira Grand Via has a pretty solid reputation. If you want to host around 1700 exhibitions, you better have. It is one of the largest venues in Europe with a pretty impressive surface area of 240,000m2. 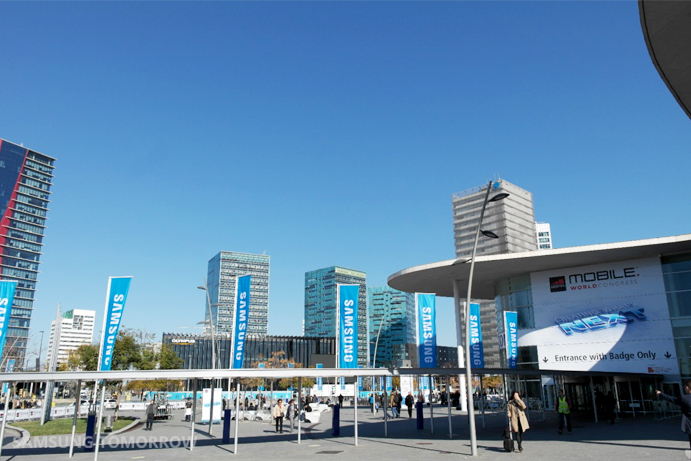 One other thing you notice is the design of the building. We are not going to pretend like we know anything about architectural design, so we will describe it with one adjective, awesome. The building was designed by a Pritzker prize winning Japanese architect, Toyo Ito. 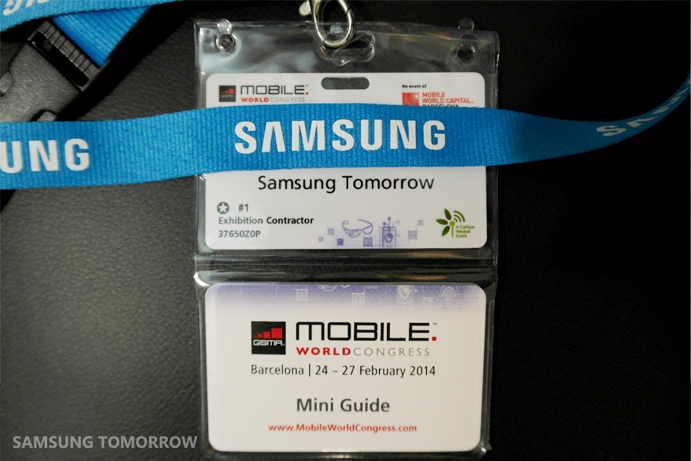 To get into MWC 2014, you need a pass. As always, one of the fun parts of these international events is the pass. At many international events like MWC 2014, it is quite ordinary to see everyone wearing a pass with their name and association around their neck that guarantees access to the event; it works as identification. However, for Samsung Tomorrow, we didn’t get just a pass, we got the Samsung pass! This pass is a license to bring exclusive news to you! 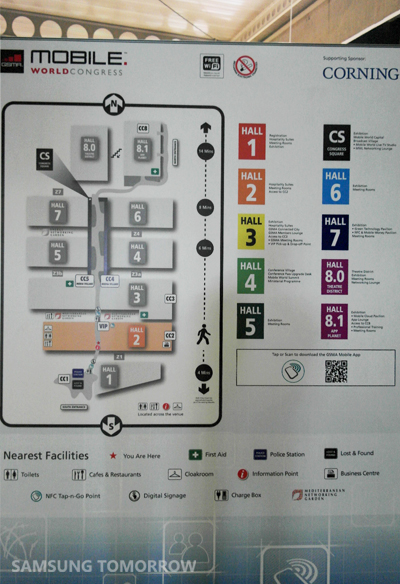 When you step inside the building, it looks big but feels even bigger. For example, there are a total of 8 halls at the MWC 2014. If you start walking from Hall 1 all the way to Hall 8.1 without taking a look at any exhibitions, it will take a good solid 20 minutes. MWC 2014 is a 4 day event, so there is enough time to check out all the event has to offer, but we would recommend you to plan your day out, otherwise, you will be doing a lot of walking.

There are quite a few Samsung booths at the MWC 2014: Samsung LSI booth is located in Hall 2, Samsung mobile booth in Hall 3, and Samsung Apps in Hall 8.1. Also, on the 25th Samsung Developer Day is going to be held in Hall 8.0. Yes, we would really recommend you to plan your moves in advance.

With Samsung Unpacked 2014 episode 1 just a few hours away, we would also like to invite you to Samsung Tomorrow live broadcasts. We are going to live stream and live blog the event simultaneously. Also, we will also bring you the freshest Samsung news at MWC 2014, so please stay tuned!