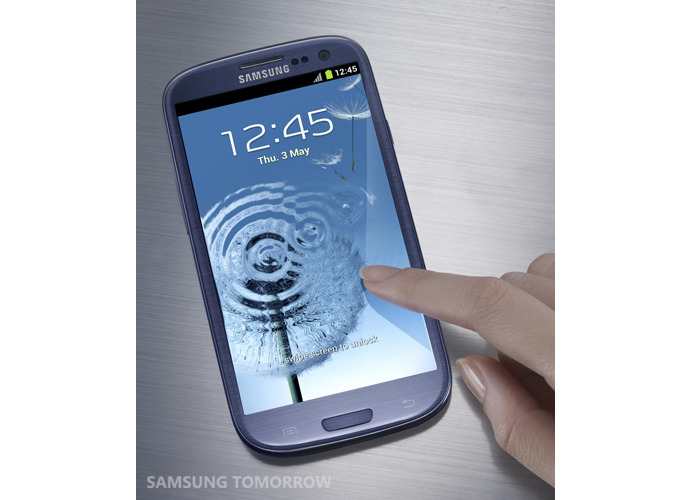 Samsung’s top of the line GALAXY S III Smartphone definitely faced some hurdles getting to market. Two weeks before the official global release date (May 29th, 2012) announced at Samsung Mobile Unpacked, the GALAXY S III Pebble Blue model’s initial supply was essentially ready to go. Although it was in final preparations for shipment to four European countries, Samsung Electronics made the tough decision to not ship the new handsets, which threw the entire chain into panic. The shipment was postponed because the mass production process for the Pebble Blue battery cover did not perfectly reproduce the S III’s fundamental design concept creating an aesthetic that was inconsistent with the planned product.

A Decision to Keep Promises Made with Customers

The recall placed the Strategic Marketing Division in an awkward position. Thanks to Samsung’s record-breaking plan for GALAXY S III had already become Samsung’s foremost strategic product- recognized around the world before its official release. Even in Europe, where the relatively conservative clientele tend to prefer black, customers’ early response to the Pebble Blue & Marble White colors was simply “WOW!” To now break the news that ‘Pebble Blue’s battery cover hairlines did not appear, homogeneous with insufficient luster’, resulting in an internal decision for a comprehensive review would be difficult. However, Samsung officials knew that the only solution was to convey the news forthrightly in order to not lose the trust of its customers.

GALAXY S III represented not only a pledge to Samsung customers, but at the same time a promise among the members of Samsung Electronics, which had pursued ‘Perfect Novelty’ in their development of the GALAXY S III.  In the fiercely competitive world of smart-phones, and out of consideration for customers who had become numb to the technological innovations, everything had to be new. This was the reason behind the secretive GALAXY S III Task Force Team, the reason that design and tool development members agonized for months, and the reason that all possibilities were left open.  Samsung S III was chosen to be a ‘smart-phone that understands and cares for humans’ best interests.’ 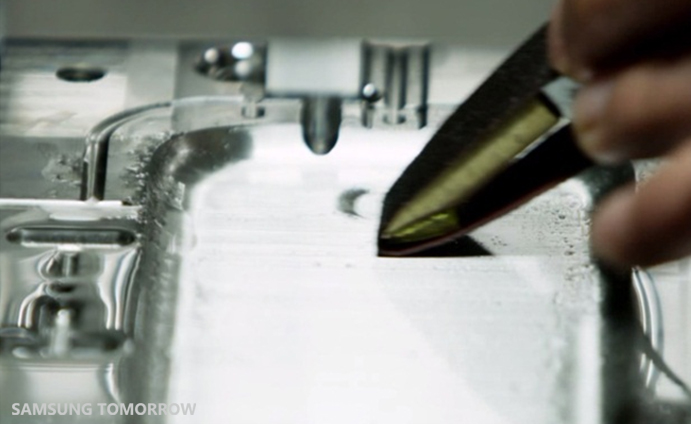 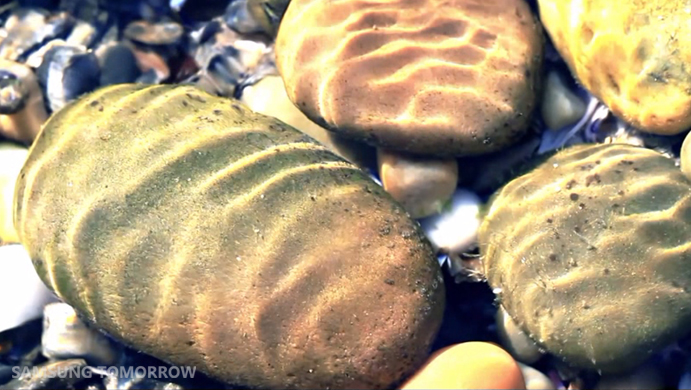 Pebble Blue was the color chosen to represent GALAXY S III, inspired by the ideals of human dreams pursuing nature. Like pebbles along a riverbed glistening in an array of colors reflecting variations in sunlight, GALAXY S III portrays every shade of blue, and was dubbed “Pebble Blue.” In order to more accurately render these changing hues, hairline or brushed engravings over the entire face of the battery cover were selected to lend a metallic feel. Indeed, this hairline quality, along with S III’s curved finish, was the core element of the GALAXY S III design.  Designers wanted the S III to be expressed– without restraint– wind, water, and light, and the ebb-and-flow of nature. For the tool development team and the product engineering team, which had made all this possible, the news of the decision to recall the Pebble Blue was devastating; however, there simply was no time for them to dwell in sadness.

Start Over From the Beginning, as Originally Envisioned

Within one hour after the recall was issued, the tool development team headed down to the Gumi plant where the product engineering team is based. They were at a crossroads to decide whether the Pebble Blue recipe should be completely abandoned or somehow find a solution to improve the status quo.

The engineers would have been brokenhearted as well. The preceding months of research and the development process had been more intense than ever. The two teams had made many attempts to decide on the molding, coating, injection and Colorm Material and Finish (CMF) recipe. They had discovered that drawing a line with the tip of one’s hand was the best way after testing hairlines that are 1/10th thickness of a hair with laser beam, chemical corrosion, and machinery. Vapor-deposition or directly coating metallic substances onto the battery cover was introduced in order protect the Pebble Blue color and metallic finish, which originates from the silver hue of each hairline that radiates in different lights.

At the end of intense discussions, the team’s conclusion was to ‘aim towards the original goal of the Pebble Blue model.’ The goal was to keep  the identity of GALAXY S III and the promise to the customers. They believed that a greater crisis might arise if the promise was broken. Fortunately, the Marble White model had excess capacity which bought about three days’ time for development, and controlled the supply and the demand of the market. The Marble White color, which symbolizes cultural advancement and organic feelings, also captured the hearts of people around the world. Meanwhile, the tool development team and product engineering team chose various recipes, including a completely new recipe and an improved recipe of the original, and began testing them simultaneously. However, the first prototype, which was produced at 5 am the next morning, was nothing less than a total disappointment.

A fundamental improvement requires abandoning the passive mindset of thinking that “there is only one day left.” What the teams needed was a ‘thinking revolution.’

They came up with the idea of applying a ‘Nano-Ceramic Coating Technique’ to the Pebble Blue model, which was included in the Marble White model. This ‘Nano Technique’, which gives off 1.5 times the luster of ordinary coatings, was the perfect leading technology for the Marble White model which had been designed featuring a smooth, hairline-free cover. However, there was a limitation to applying the ‘Nano Technique’ to the Pebble Blue model as more of the coating process was required.  This, in turn, would lead to productivity and yield losses as the process was very complex, requiring investment in equipment upgrades and components. In addition, since the ‘Nano Ceramic Technique’ required a high quality equipment that was produced in limited amounts in the domestic market, the technique could not be applied to the Pebble Blue phone. By returning to square one, the team decided to remove the problem that made the ‘Nano-Ceramic Technique’ not applicable to the Pebble Blue.

Although the metallic finish was produced in the deposition process and the blue color was producted in the coating process, passion and patience were needed to accomplish both features in the combined Microsilver Blue coating process, which ultimately proved the successful method. Developers spent three days and nights fine tuning the perfect color ratio of Microsilver Blue coating over dozens of trials. Samples were created and destroyed until every part became perfect. However, although two to three samples were sent to top management for review every day, final approval did not come so easily.

This is not the end. The second part of the Story will come soon! So stay tuned!