After hours of hard work, the perfect prototype of a ceramic-coated, pebble-blue GALAXY S III—and entirely new design proposal for a phone—was finally put together. Carrying the completed sample, the technology team raced to Seoul’s Gimpo Airport to obtain approval from top management, who were on their way to the United States for a business meeting. Their design proposal could not wait until the next day, and yet the team still had reasons to hesitate as it presented its idea to management.

The managers at Gimpo did not approve the team’s suggestion right away because they needed to consider the crucial question of component availability. ‘It could be possible, but it depends on what the Procurement team can do,’ was their first reaction. But then, after comparing the samples meticulously for more than half-an-hour, they managers finally gave their OK. They understood that this approach would greatly help them advance the GALAXY S III as a more ‘human’ and ‘natural’ phone—both key design priorities behind the product—so decided to pursue the idea at all costs.

The Production Process: Turning strategies and experience into fruitful partnerships 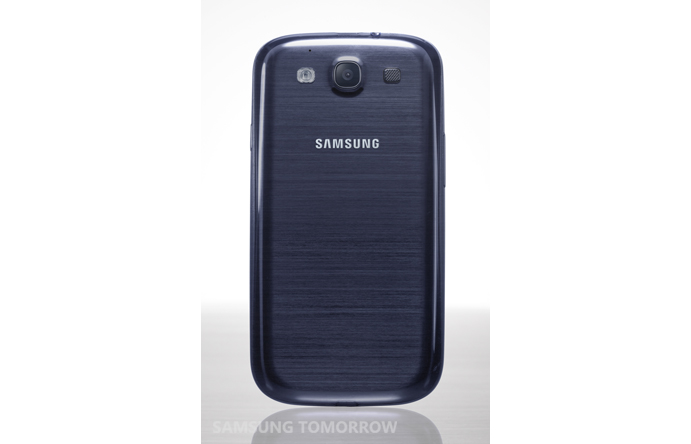 Within just a few days, around 100 E-Veam equipment (high quality equipment that’s used for an advanced ‘Nano Ceramic Coating’ technique) units had been obtained to sample the proposed ‘Nano Ceramic Coating’ process, but more were still needed.  There were open questions about what product partner or facility could be used to produce the proposed Pebble Blue model. Just then, a company that possessed a large amount of E-Veam equipment was identified by the Procurement team, and the process began to roll.

Immediately that day, the Procurement, Global Strategy and Global Manufacturing teams got on a plane to secure the required production facility. This is when the power of Samsung’s global Supply Chain Management capabilities came into clear evidence. The team had to build a full alternative production plan knowing full-well the risks associated with developing a supply chain from scratch in such a short time. This was no simple task: Normally the product coating and production management processes would have been handled out of a single facility, but in this case the coating and painting suppliers needed to be located in separate facilities. The Procurement team took it upon itself to coordinate the activities of vendors across unit pricing, delivery scheduling, and distribution – a formidable task at short notice!

And it was not only the Procurement team that needed to work hand-in-hand with the suppliers. Over 180 Samsung staff across tool development, molds, CMF (Color, Material and Finish), injection, and various other production areas—the largest ever such team assembled at Samsung—were assigned to the front lines working with the partners. For security reasons, no features or technical details of the new phone could be disclosed to the suppliers, adding further to the complexity of the process. The productivity must be secured in short term and the yield rate must be increased. So Samsung staff and suppliers would have to engage promptly and effectively.

At long last, the new Pebble Blue battery cover entered production in Samsung’s Gumi manufacturing plant. Where ordinarily the first round of orders for a phone would have numbered in the hundreds of thousands of units, this phone demanded millions. While there was far less time than usual for the production-line employees to become familiar with handling of the product, the entire time was ready from the get-go. They mastered their craft in record-breaking time, and in the end were successful in meeting Samsung’s manufacturing goals.

Some might ask: “Was the ten day success story really a miracle?” The entire process took a mere then breathless days—from the recall of the initial product batch through to the development of the new prototype, the go-ahead from management, the formation of an entirely new supply chain, and the manufacturing process. However the team insists that it didn’t all come down to miracles, but rather to hard work and—most importantly—great team work.

So it would be a mistake to explain the Pebble Blue success solely in terms of the technological feat it involved. The close collaboration of Samsung staff with the supply vendors—from struggles with yield improvements to working closely on key details such as clean-room sanitation and pre-production work—was just as critical to success. Add to this the world-class SCM capabilities of the Procurement team, who acted to obtain the right resources at the right time…It all proved to the team that it could produce ‘a smartphone, and much more’—an achievement that it now dares itself to sustain and which motivates its relentless drive forward.

So in the end the brand new Galaxy SIII Pebble Blue made its appearance to universal market praise—which continues to this day.