This week (October 10-18, 2015) is EU Code Week! Samsung has joined the European Coding Initiative and is running a number of activities all week to spread the word about coding.  Since 2013, over 125,000 people have taken part in Samsung’s programs for digital creators in Europe.  These initiatives are part of Samsung’s Corporate Citizenship activities in education and teach young people how to code and create their own digital content.

The European Coding Initiative will play a central role in a number of Europe-wide projects to promote the education of coding and computational thinking, including EU Code Week.

To mark the partnership with the European Coding Initiative, Samsung hosted a demonstration class at EU Code Week’s All You Need Is Code event in Brussels on October 12. Children from the Coding Masters program in Poland were on hand to present a class and show the adults how it’s done! 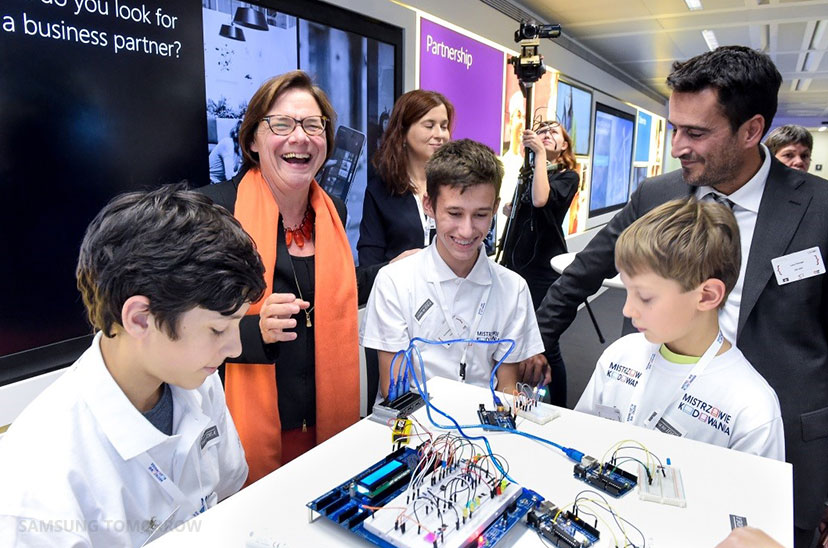 Sangwoo Kim, President of Corporate Affairs for Samsung Electronics Europe said, “Our vision is a world where digital making is a basic skill for every young person in Europe, along with math and literacy. We live in an increasingly digital world, and teachers and schools need to be equipped to support the transition to a connected society. We want to give young people the opportunity to be creative and to experience the joy of digital making through coding, robotics, electronics and app development.  With confidence, the new generation can become creators of the digital world, not just consumers of it.” 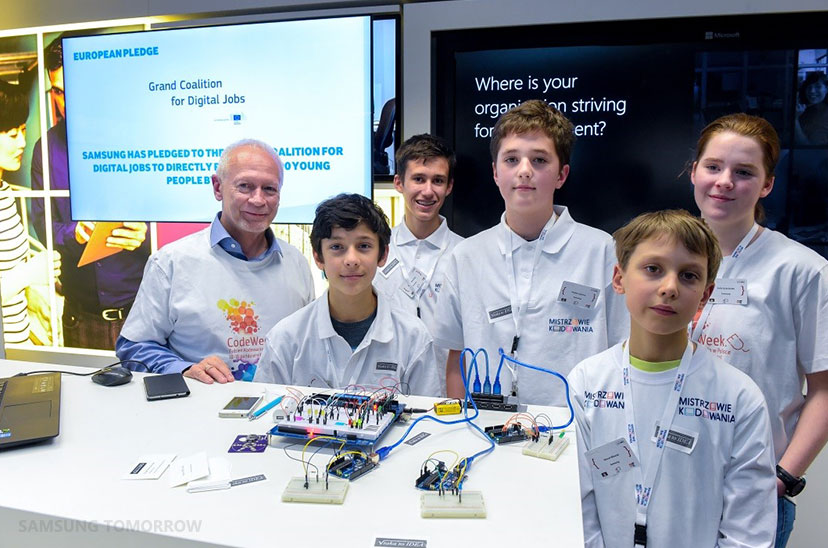 Here is an overview of Samsung’s activities during EU Code Week:

Stay tuned for more stories from Samsung about coding.