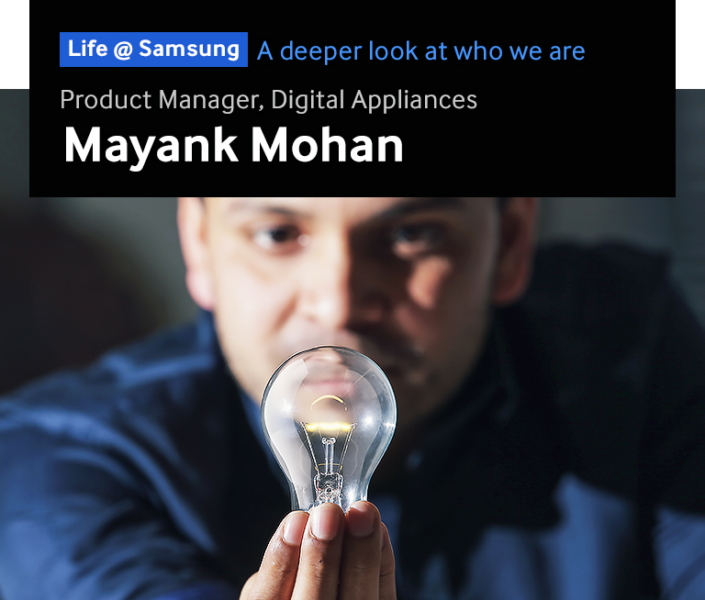 Despite being from Bihar, a rural province in northeastern India, Mayank Mohan was surprised how little he really knew about his home country before he joined Samsung. “I grew up in Bihar, and I went to university in Delhi, but that was it,” he said. “The first time I traveled by plane was when I came to Korea. The first time I saw the ocean was on that flight.”

After joining the Digital Appliances Business at Samsung Electronics as a product manager in 2010, he began to learn. Mohan was assigned to the product management team, developing refrigerators for India (along with Bangladesh, Nepal and Sri Lanka).

Learning About India as a Product Manager

As a product manager, meeting new people is an essential part of unlocking the nuances and patterns of the region, visiting people’s homes and getting feedback from business partners and local sales teams. Whereas once he had not really known India and perhaps taken it for granted, his job at Samsung quickly caused him to truly learn about his country and its great diversity. 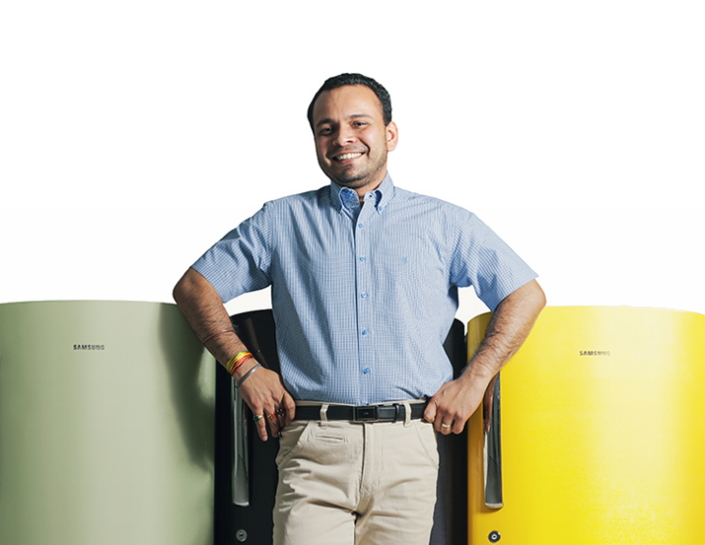 Mohan soon discovered how something as simple as color can vary widely from area to area. In Mumbai, consumers prefer Western-style refrigerators, according to Mohan. In northern India, people prefer smooth, soft colors like silver. But in the south, dark colors do best, like wine red or green. In the east, more traditional colors are most popular. Pebble blue is liked around the country. Reds and fanciful colors are popular in general around India, so Mohan and Samsung tried unusual hues like rich yellow and light green, generating plenty of attention for the unconventional choices and further developing the market by experimenting with new possibilities. 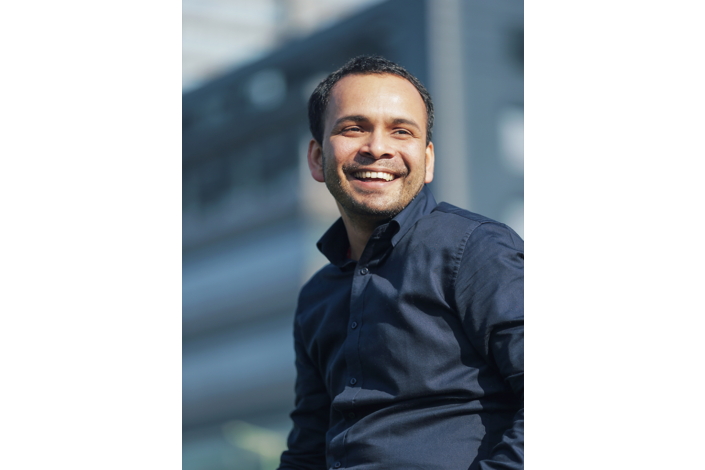 Samsung was also a pioneer with patterns, offering colorful floral patterns on refrigerators since 2006. “Flower patterns, like on a woman’s sari, are appreciated on the refrigerator doors,” he said. And while other types of patterns have been tried, none have found the popularity of flowers. “We will keep trying to offer special designs that nobody else is.”

One of the biggest challenges consumers face around the region is irregular power supplies. To help consumers protect their food from spoiling when the power goes out, Samsung developed the Cool Pack for freezers, which at first were good for just an hour, but eventually improved to keep the freezer cold for 12 hours. 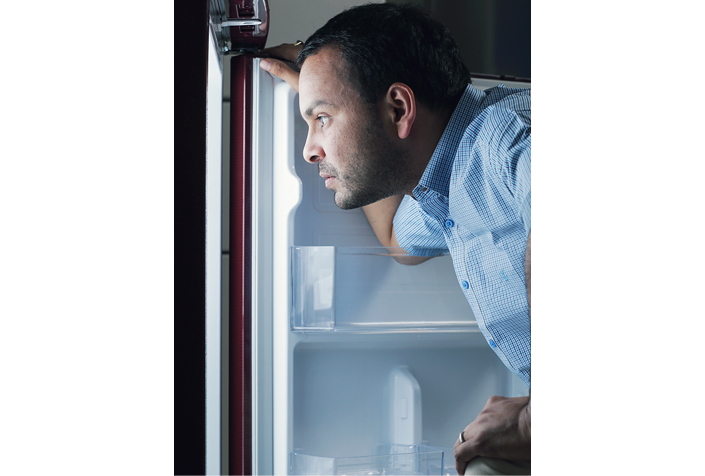 Understanding these needs and interests took countless hours of research, but Mohan saw how they are all important parts of localization. “India is a market that is still full of potential,” he said. “And localization is crucial to this market.” 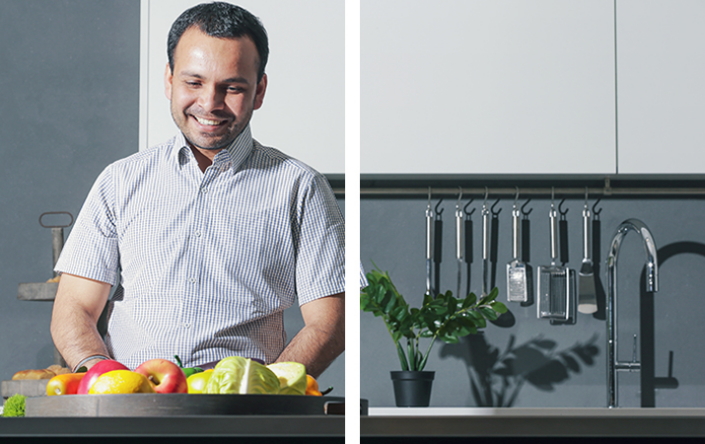 Always on the Front Lines

Another difference around the region is how people use their refrigerators. In Bangladesh, where meat is a bigger part of the diet, larger freezers are necessary. But in much of India, people eat less meat, don’t eat ice cream or use ice often and prefer room temperature water. In visiting one home, Mohan noticed that the freezer was actually empty.

“The marketing team is always on the front lines…”

This simple observation soon led to another unique local feature. Mohan was dispatched to the local team for three months, and together they came up with a refrigerator that had what they termed a “Convertible” function. The top section of the refrigerator could be used to store frozen items or converted into a cooling area like the main compartment for keeping foods fresh. 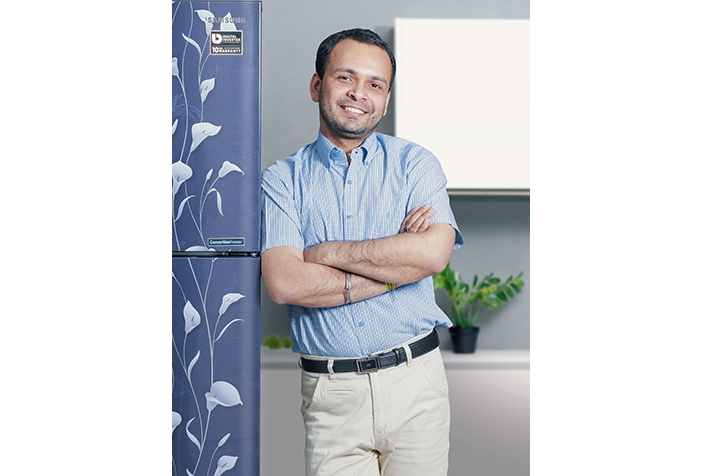 It was an idea they developed in 2012, but even good ideas have to wait until the time is right to be implemented. Back then, the Convertible function was too expensive to support, however, the Samsung team has determined the market is ready now, so this new feature is giving consumers around the region a useful new option to suit their lifestyles with an affordable technology.

Every Day Is a New Challenge

“I’m active. I hate routine jobs,” he said. “And one of the best things at Samsung, when you come in the morning, you don’t know how your day will end. I like the dynamism. Every day is a new challenge, a new task, meeting new people.”

“It’s up to me to be the initiator. I like that kind of empowerment.”

Since starting his career at Samsung, he credits the words of his mentor for his approach to work: “Be good and be seen.” “If you do good work, but nobody knows it, it doesn’t matter. But if you do bad work and everybody knows it, you’ll get fired. And if you don’t do good work and nobody knows, then you need a new job,” he said with a laugh. 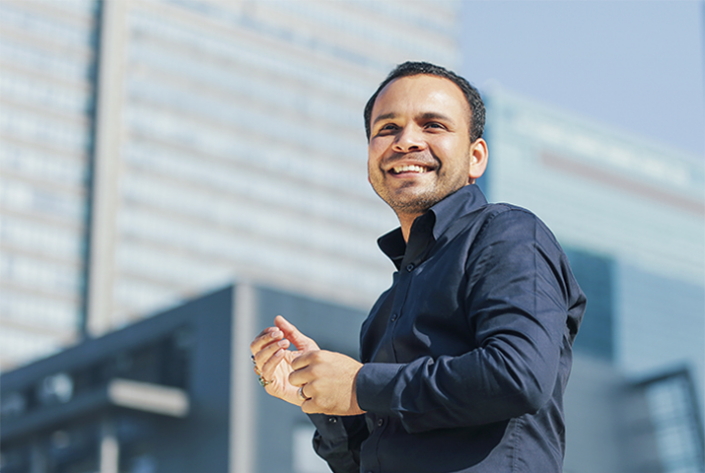 For Mohan, the work and travel as a Product Manager is challenging, but he says he likes the energy of his job. “At Samsung, it’s up to me to be the initiator. I like that kind of empowerment.”

The job of improving products is never done. Spending so much time with refrigerators has also helped re-inspire his own love for cooking, which in turn has helped him understand his product better. “With such a long connection with refrigerators, I know what to store where, for the best effect,” he said. “As a chef at home, I am really sensitive to how my refrigerator works, and it gives me many ideas to improve them and make them more user-friendly.”

Mohan said that cooking also helps him bond with his teammates and others, noting that his mushroom curry, fried rice and bhujia potato wedges are particularly popular.

“The IoT is going to change everything.”

But what really excited Mohan is the Internet of Things, which is coming to home appliances, including refrigerators. “For the last 100 years, home appliances haven’t changed that much,” he said. “You have cooling machines and heating machines and cleaning machines. But the IoT is going to change everything. What you’ve seen so far, it’s really just the beginning. Trust me, the changes in the next five years are going to be amazing.”