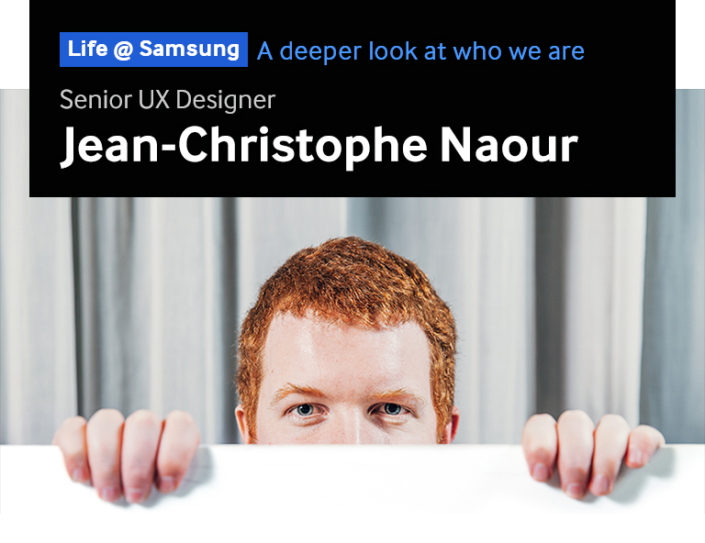 Coming from a family with a long tradition in the arts, Jean-Christophe Naour learned from an early age the importance of precision in design. “We all can come up with the same ideas, but details determine how we craft our ideas,” he said. “Details make design.”

But he also loves chaos, and believes in the importance of leaving your comfort zone. “The brain is really abstract, and inspiration comes from the unexpected. You have to break out of your comfort zone. You need to be prepared to fail.”

Naour has won awards and critical praise over the years for his experimental approach to uniting those competing influences, using computer algorithms to create apps and artworks that produce striking images and patterns. And for the past four years, Naour has applied his unique mix of design ideas at Samsung Electronics in the Visual Display Business, as part of the team that shapes the advanced design and user interface of screens and related devices. “I’m really excited about creating new interactive experiences that connect products to their users through inventive blends of technology and storytelling,” he said. 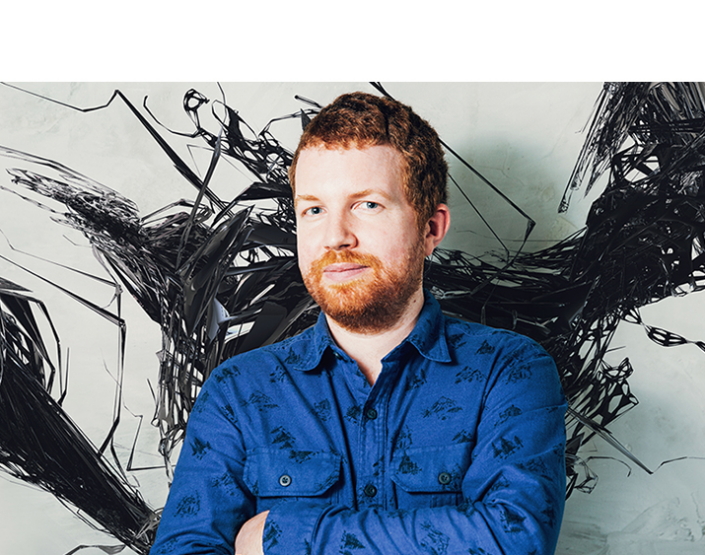 “You have to break out of your comfort zone. You need to be prepared to fail.”

For Naour, his fascination with design started early, growing up in Brittany, France. His father’s side of the family has worked in woodworking and furniture for generations, while his mother’s side of the family was involved in fashion. He grew up creating, too, first with Lego and building blocks, then with computers. “I was in love with graphics and the general aesthetics of the whole thing—the colors, the pixels, the fonts,” he said. 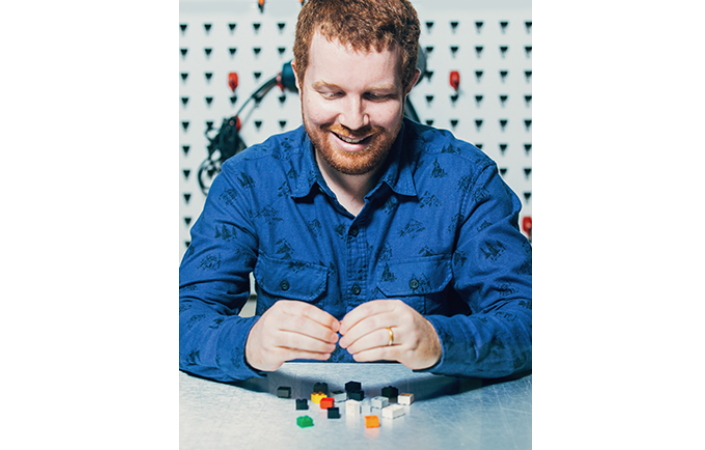 He went to Nantes University to study mathematics and computer science, but he thought it was not a good fit for him and after a couple of years transferred into an industrial design program, getting his Master’s Degree at the L’École de Design Nantes Atlantique.

But when the time came to spend a semester abroad (a requirement of his design program), Naour was less interested in the usual choices, like the United States or Great Britain. “I wanted to take a risk, and push my boundaries for inspiration,” he said. So instead he came to Hongik University in Seoul. “I knew nothing about Korea at the time, but it sounded exciting.”

He took advantage of his time in Korea to explore the country all he could, visiting 20 cities over the course of the semester. So after he finished graduate school, he really wanted to return to Korea, and eagerly took a position at a design firm in Seoul. After several years there, Samsung made him an offer, and he began a new career.

Naour started with Smart TV, working on the interactive gesture interface, and he has had a hand in many projects since then, with a task force system that rotates designers regularly. 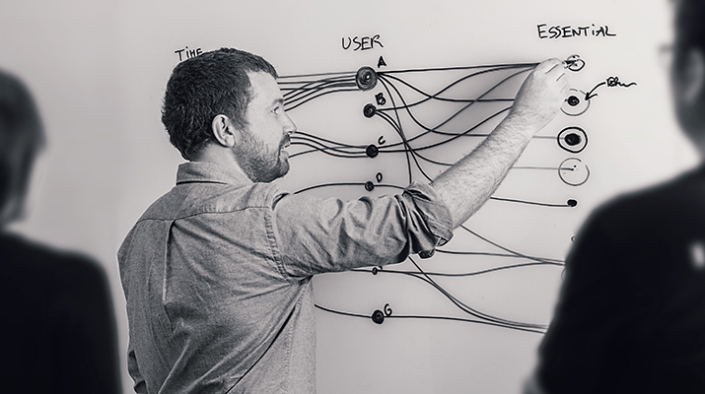 As part of Visual Display design team, he usually works on devices from the early phases, building a road map for how users will experience every aspect. Typically, they are presented with a product early on and then brainstorm for how the interface might work. “At first, nothing is very specific,” he said. “But gradually you build a wireframe and interface concepts, then a skin, and then you sync your ideas with the product developers.” 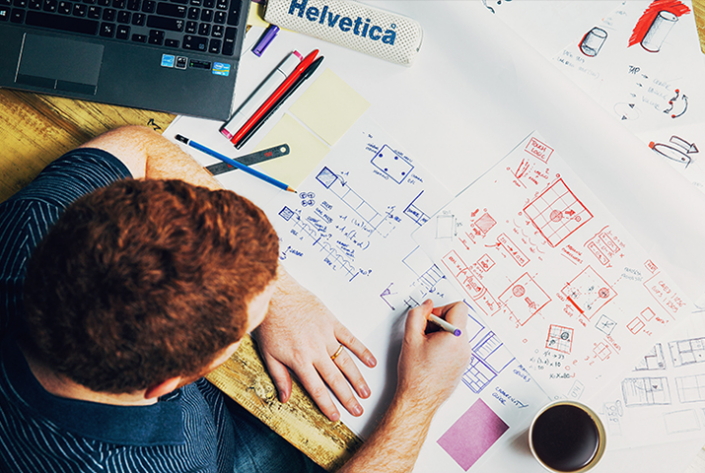 Usually a product will have dozens of “modules,” or subareas within the UX, that all have to be coordinated and approved, making development very complicated. But one of Naour’s favorite projects was actually one of the most straightforward—all the lineup of Wireless Audio 360, which only had two modules, the speaker and the app. The speakers were developed with U.S. office. But once the hardware was ready, Naour and the Seoul design team had to come up with the guide for how people would use the speaker. They knew the speaker would have a cylindrical shape and an LED interface, but the other details on how the product would function was up to Naour and the Seoul design team.

They responded with a series of workshops over three weeks, looking to define the core interactions and user’s journey, all through a series of swipes and taps. “Our response was to reduce the details. 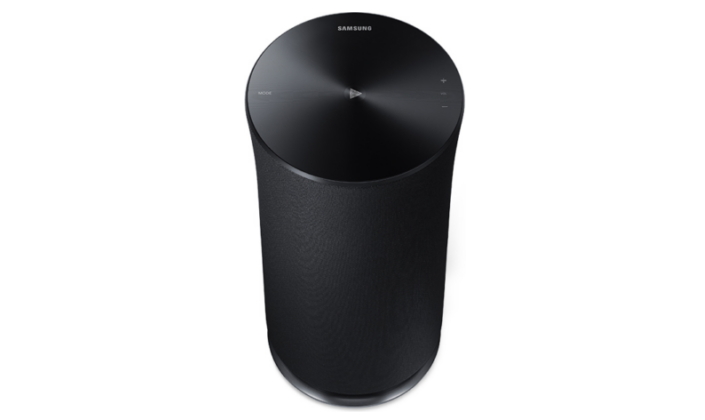 They responded with a series of workshops over three weeks, looking to define the core interactions and user’s journey, all through a series of swipes and taps. “Our response was to reduce the details. We wanted something more artistic, where the actions would flow,” Naour said. “something more abstract.”

The final result was an elegant interface, where users could control everything about the wireless speaker with just a few simple swipes right on the flat top of the speaker. 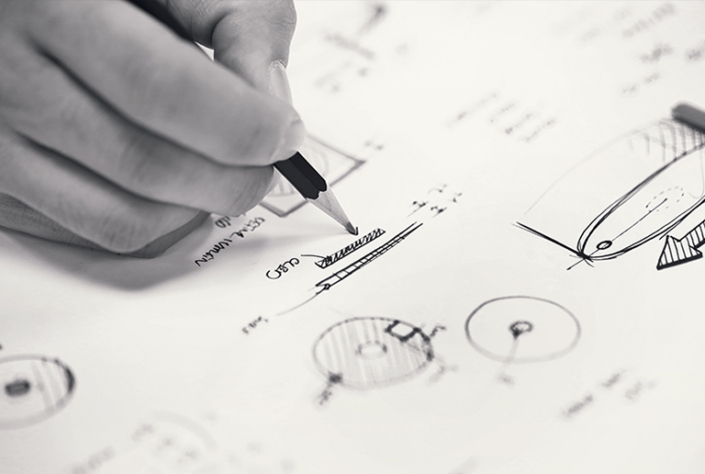 Failure Is Crucial for Innovation

Over his career as a designer, Naour has developed many big ideas about how to approach design and creativity. “I don’t like to say ‘I don’t know’,” he said. “I prefer to try doing something myself and learn from my mistakes until I can make it happen.” 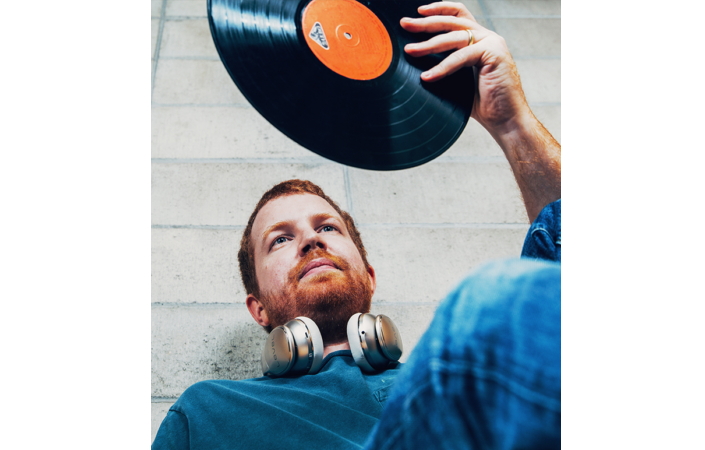 It’s an unorthodox approach that Samsung encourages. “In France, we have a low tolerance for uncertainty and ambiguity, so we are reluctant to take risks,” he said. “But failure is crucial in innovation. The faster you find weakness, the faster you can improve what needs fixing.”

Another significant part of his success as a designer is maintaining work-life balance. Getting out of the office to listen to music or play with his 2-year-old daughter is important to keeping his thinking fresh and creative. “Go outside. You need to break your perspective.”

“I don’t like to say ‘I don’t know.’ I prefer trying things myself until I can make it happen.”

Naour says watching his daughter play is also a great way to learn about UX technology. “I’m amazed at how young children love new technology. Even at 1 year old, they can already unlock the phone,” he said. “I think technology is like a language. It’s like they’re learning to live in an augmented reality.” 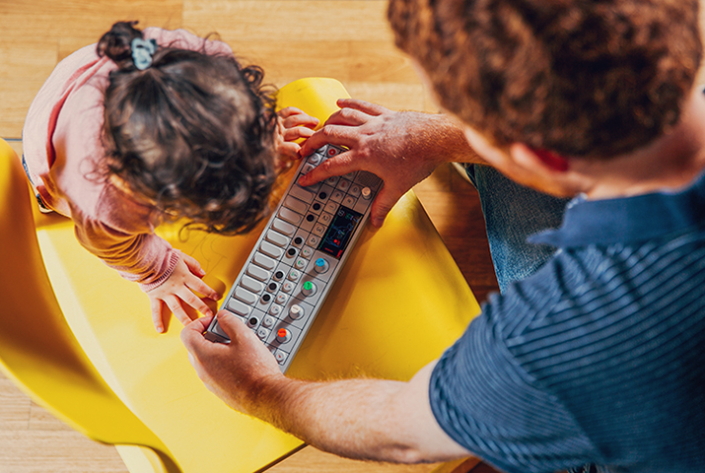 The Art of the Algorithm

As a self-professed “workaholic,” Naour notes that even when he is not at work, he is always working on design ideas. One of his favorite approaches is using algorithms. “Design is, by definition, iterative,” he said. “With algorithms, you can start off with some basic shapes, give them rules, then the computer can come up tens of thousands of variations, all based on the same concept—always different and unpredictable.”

Over the years, Naour has won much recognition for his own creative algorithms, artworks and apps, appearing in such places as Wired, Gizmodo, The Creator’s Project and IdN Magazine. But Naour says he is most proud of the FWA (Favorite Website Award) he won in 2011 for his app Poly—a program that turn users photos and drawings into geometric arrays of color, reducing images down to their essential polygons. 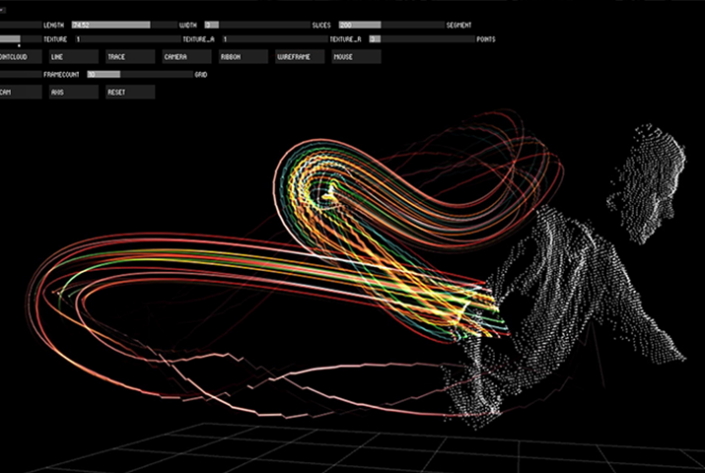 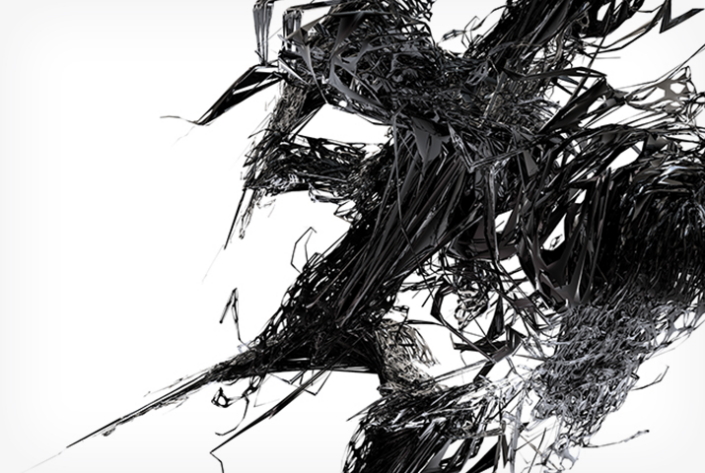 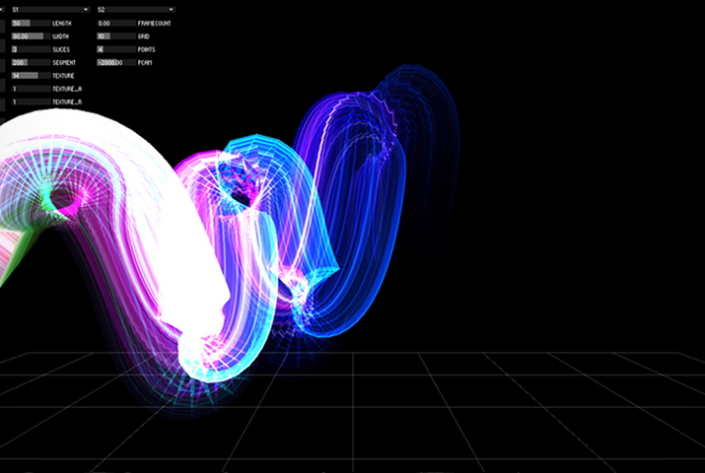 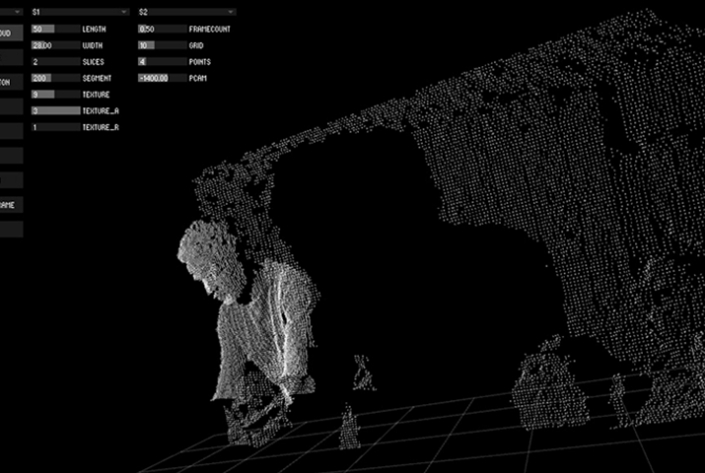 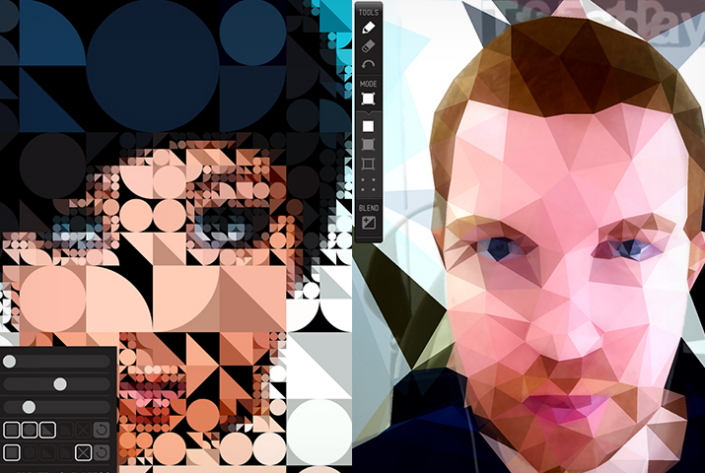 “FWA is like a symbol in the interactive design industry” he said. “When I was still a student, it was for me the most inspiring place on the web, at the early stages of creative Flash websites. It represented the quality I wanted to produce.”

As technology grows ever more refined, fast and complex, increasingly it is the role of the UX designer to define how consumers interact with products, get the most from them and ultimately feel about them. “New technologies are radically expanding the design space,” he said. “Just a few years back, almost any kind of interaction was all about the screen, keyboard and mouse. Now, the degrees of freedom are increasing, and so too are the design choices.”

It has only been a few years since multi-touch has been on the market, and technology interfaces are continuing to grow more sophisticated very quickly. Naour says he loves seeing where all these developments are leading. “Every major milestone in the evolution of UX design has involved an interaction between technology and human beings.” he said. “While we use all our senses in everyday life, we are still limited to one or two at most in our digital life. The next interfaces should take full advantage of our complex bodies, to make communications even more natural.”

“New technologies are radically expanding the design space… Now, the degrees of freedom are increasing, and so too are the design choices.”

And that constant sense of challenge and exploration is what makes designing UX interfaces at Samsung so worthwhile. “It has been an exciting adventure,” Naour said, “and I get to work with some really great people” 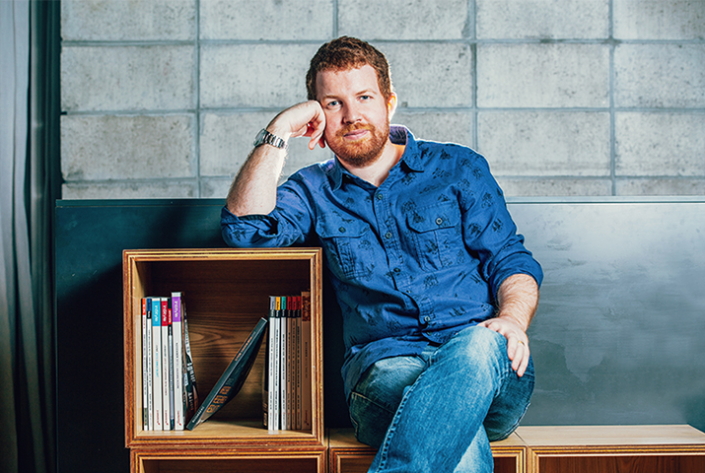