IFA 2014 Opening Keynote: Samsung’s vision for Home of the Future

It’s been an exciting week so far, and it looks like things will stay that way. With Samsung, having already held the Samsung Unpacked 2014 Episode 2 and the Press Conference for IFA 2014, was definitely building up to an amazing Keynote speech. Given that Samsung has already offered a look at a variety of new products over the past few days, such as Galaxy Note 4, Gear VR and VR 9000, many were curious to see what Samsung had in store for the Keynote speech at IFA 2014. If you watched the live streaming of the Keynote, which ended an hour ago, you know what to look forward to at this year’s IFA. For those of you who missed it, here is what happened. 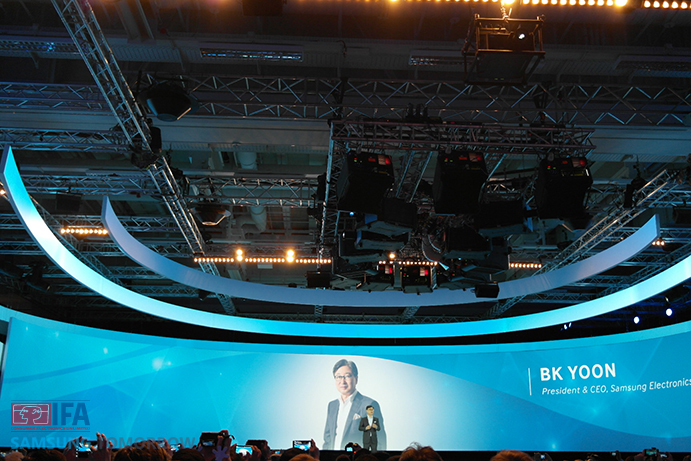 The keynote started with a quotation from Albert Einstein, reminding people that he spoke at the opening of the German Broadcasting Exhibition, which today we know as IFA, 84 years ago about how innovation can change our lives. The hosts kept the crowd’s attention with such teasers as, “And as people are about to hear and see the most dramatic change is yet to come.” Then, BK Yoon, the chief executive of Samsung Electronics, was introduced. 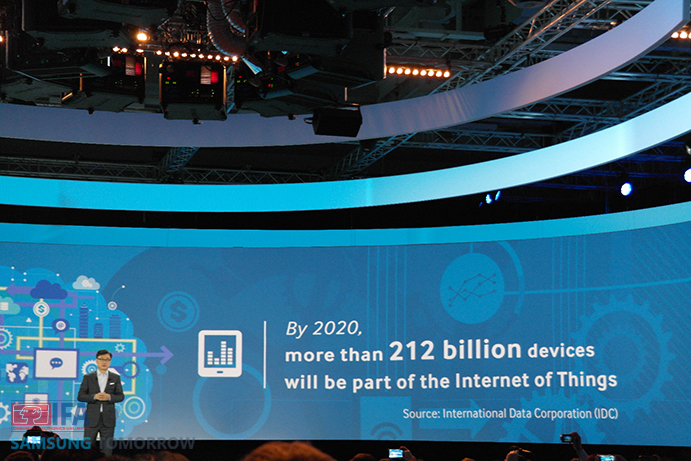 As the Big Data market is predicted to grow to $32.4 billion and 6 times faster than the overall IT market, more than 212 billion devices will be part of the Internet of Things by 2020. ‘Connectivity’ or IoT will trigger a quantum leap of innovation and “The biggest change, the biggest transformation, it will happen in our Homes, at a speed we can barely imagine” as BK Yoon said. 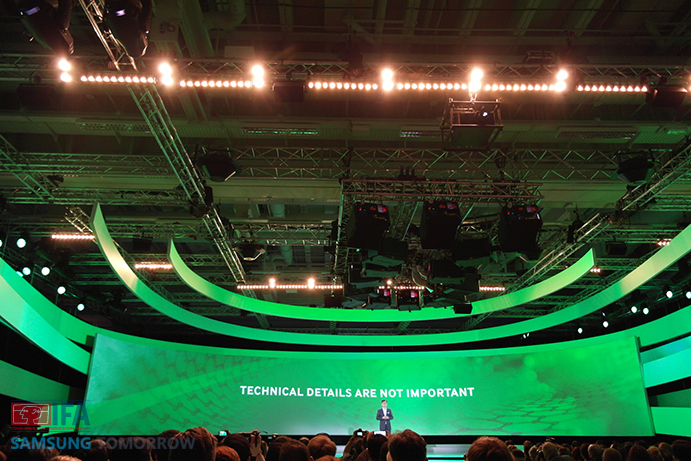 Samsung’s answer to this inevitability is ‘The Home of the Future’ and Samsung took the Keynote address as an opportunity to share its vision of it. ‘The Home of the Future’ is not about showing off its technical details, but rather making sure that it fits into people’s lifestyles; it must anticipate and meet their needs. It is important that the technology of it does not overwhelm the user.

Moreover, considering the megatrend, such as ‘connectivity, urbanization, aging, and risk (disease, climate), the Home of the Future needs to be:

*Protective – the home needs to provide us with physical security, and emotional comfort.

*Flexible – the home must make smart use of what space we have in crowded cities; it must adjust to new lifestyles that blend work, learning, and life.

*Responsive to each family’s needs – with technology that senses, learns and responds to our behavior.

Every person and every family has different needs, and therefore requires different levels of protection, flexibility, and responsiveness. This means that Home of the Future must be customized. It is not about technology being smart or being connected, it is about adapting to the user. 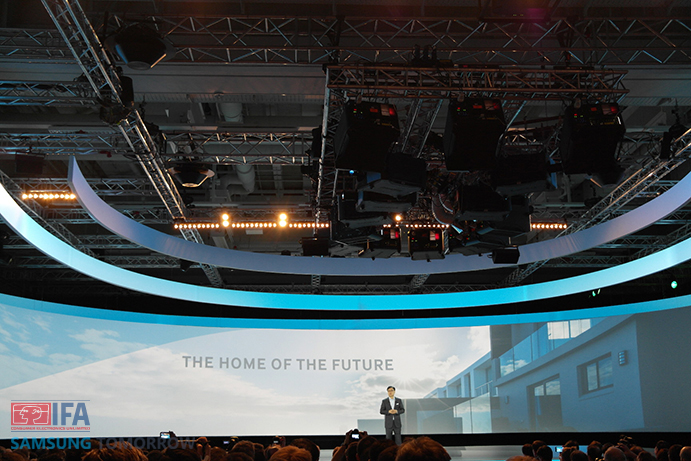 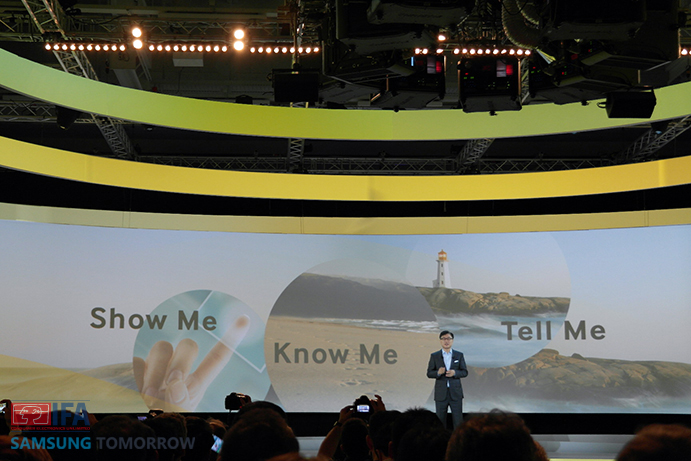 Samsung thinks that Home of the future will be woven into the fabric of our lives just as fast as smartphones and tablets; and it will be here before we know it. Samsung realizes that it can take the leading role in the area, already have started partnering with industry leaders, such as the Open Interconnect Consortium, to create interconnected solutions and industry standards. Samsung has also acquired the technology and talent of SmartThings, a leading open platform for the next-generation smart home experience. 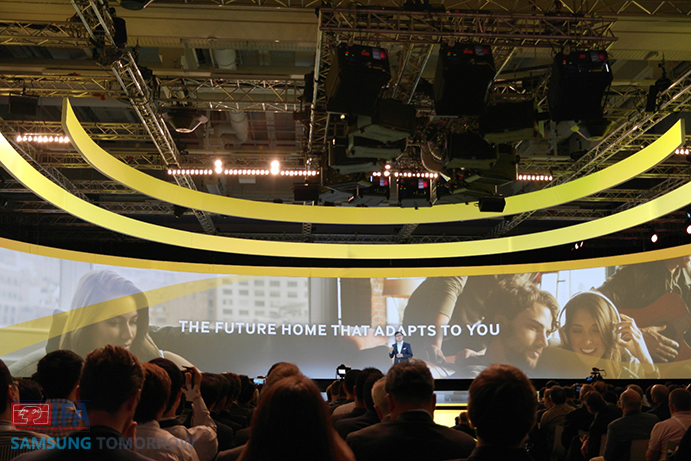 Samsung believes that the opportunities ahead are enormous. It predicts that there will be about 45 million installed smart home services and globally, the smart home market is expected to be worth 100 billion dollars, all by 2018.

Samsung believes that as services take off, a ripple effect will be created across society. For example, more energy efficiency, as homes get smarter. More safety, as homes are better protected. More independence and peace of mind in old age, as healthcare is delivered at home. It will create a society that’s more social and more connected, even if we live apart.

At the Samsung Keynote at IFA 2014, BK Yoon emphasized that he doesn’t want people to think of Samsung as a technology company. Instead, he wants people to think of Samsung as a service provider of unique, tailored experiences. Samsung really believes that the vision it has for the Home of the Future will bring the biggest technology leap in the history of innovation. And at IFA 2014, we will see what it will look like. As IFA 2014 continues, we at Samsung Tomorrow will bring more stories on it! The Story of the quantum leap of innovation!