Live Streaming Pro-Tips: How to Create a Successful Stream

In today’s always-on world, people expect to be able to see events unfold as they happen in real-time. As such, live video has become increasingly more widespread over the past few years, allowing people to feel more connected than ever before. In fact, digital publishers—from beauty bloggers to global corporations—are responding to the increasing demand, integrating video into their websites to deliver richer storytelling and more interactive experiences to their audiences.

Whether sharing exciting personal events, such as graduation ceremonies or weddings, with loved ones who can’t be present, or advertising a new product to a worldwide audience, the possibilities of live streaming are endless. Furthermore, improvements in streaming technologies and increased Internet speeds have made it even easier to stream live content across a variety of digital platforms.

Such is the case with Samsung’s most recently released smartphones: the Galaxy S6 edge+ and Note5. These devices are equipped with Live Broadcast, a feature built directly into the native camera app that allows users to broadcast a live video stream directly to YouTube without additional logins or accounts, other than one’s YouTube account. Users have the option of publishing their broadcast publicly, or directly to their personal contacts via a private link. Considering that both also boast a 5MP front and 16MP rear camera—the latter of which utilizes Video Digital Image Stabilization—steady, smooth footage is guaranteed, no matter who or what is being filming.

So what makes a good live stream? Mostly continuous practice and troubleshooting, like many things in life. But, for starters, these 10 tips can give you a good foundation to build on.

1. Plan ahead and stay organized.

The best way to make your live broadcast a success is by being well organized and planning ahead. Begin your planning by creating an outline of the broadcast segments, as well as a draft of a script, if there is to be dialogue. Also, compile a list of materials, such as equipment and props, which might be used during the filming process.

Unlike web video and blogging content, which is said to be most effective when kept under five minutes, live streams are most successful when they are longer in length. Just remember when planning your content, however, that in order to be engaging, video material should be useful, compelling, informative and entertaining to keep viewers coming back for more.

After your live stream is planned, be sure let viewers know at least 48 hours in advance when the broadcast will go live by promoting it across a variety of platforms, such as your social media accounts. Don’t forget to include a link where viewers can access the stream. This can also be done in the “Events” section of your YouTube channel, where you can create a custom post for your subscribers and social media sites. The message will post, including the event link, when the public event goes live. 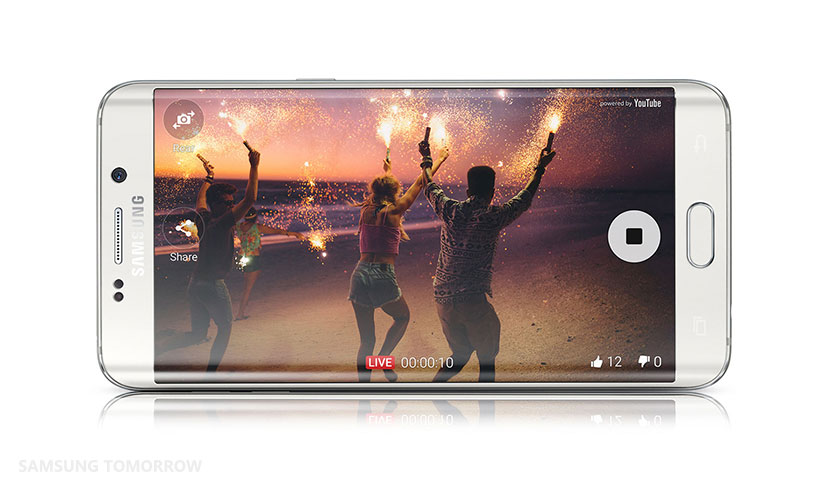 To ensure that your stream is broadcasted without a hitch, run an end-to-end test to scout out any potential problem areas. Conduct the test on-site with your actual bandwidth and source signal, and check for any firewalls that might block streaming. Watch the test on a variety of end user devices, such as PCs, smartphones and tablets, to determine the quality of the stream and alter if necessary.

Fortunately, the cameras of both the Galaxy S6 edge+ and Note 5 utilize a wide aperture lens of f1.9 to let in lots of light, which ultimately leads to better photos, specifically low-light images. Nevertheless, if lighting is inadequate, the camera will introduce noise into the video picture, which can be amplified by the video encoding process. Keep your subject well-lit (natural light works best) and double check the lighting in your pre-test.

Even if your audience is unable to see your feed, they can still gain value by hearing it. This rings true for events such as concerts, presentations or general Q&A sessions. Be sure to film your broadcast in a quiet place with minimal background noise. If this is not possible, and your filming site’s acoustics are not ideal, consider connecting an external microphone to your device. 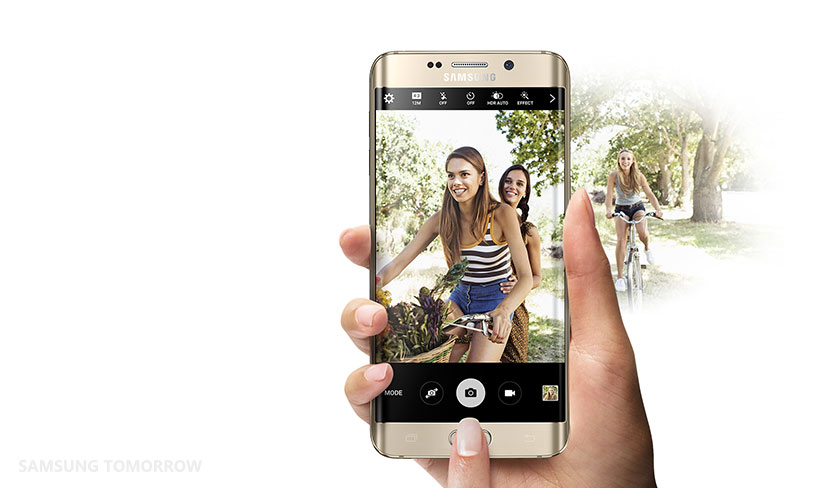 In order to ensure that everything is working as it should be, begin your stream at least 15 minutes before it is scheduled to start. This will also notify viewers that the stream is in fact live.

To grow your audience, it’s necessary to engage new readers to create a meaningful connection. Likewise, it doesn’t take a lot of effort to show returning viewers that you recognize them when they view your feed. The action will ultimately help build a sense of community among your followers.

Unlike television, live Internet broadcasts give the feed host the unique opportunity to both engage and interact with viewers. There are a number of ways to do so, including live question and answer sessions via Twitter, interactive chats and behind-the-scenes tours. Be sure to mention how viewers can connect with you by providing your social media handles both in the feed description and throughout the live event.

After you have successfully streamed—and impressed your audience with your engaging and entertaining content—you should re-stream your event for viewers who may have missed the first broadcast. Additionally, you should make the recording available as video-on-demand as soon as possible, ideally immediately after the live stream ends, via the same URL as the original stream.